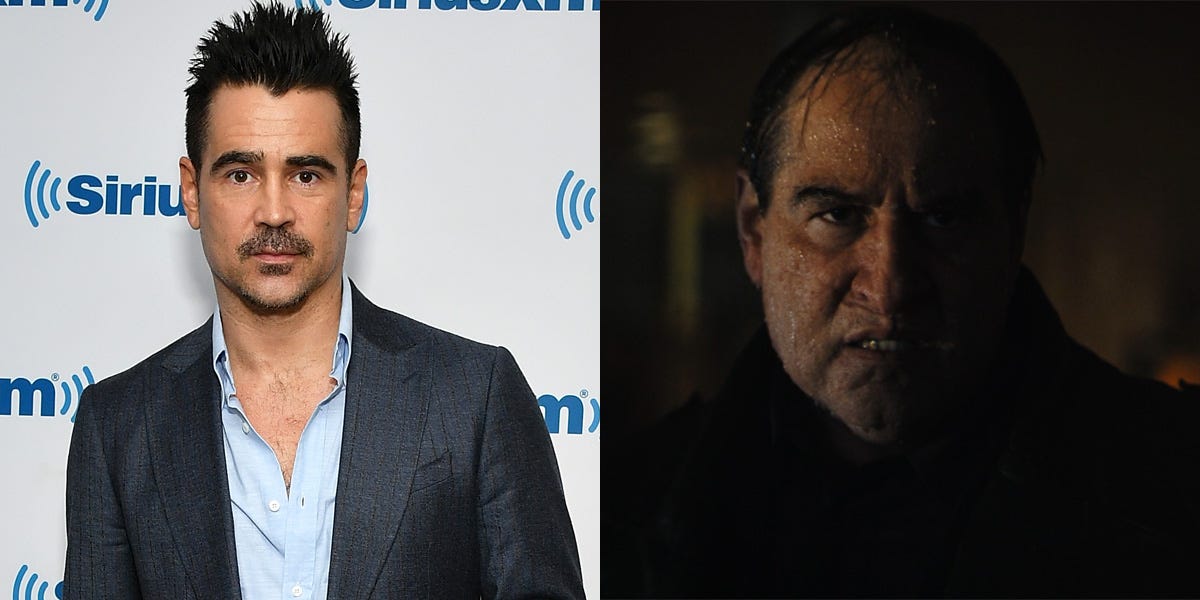 If you didn’t catch Colin Farrell in “The Batman“ trailer during your first watch, you likely aren’t alone.

When you eventually noticed him, you may have done a double take. Farrell looks unrecognizable as the iconic Batman villain.

Warner Bros.This is Colin Farrell in ‘The Batman.’

Fans were in disbelief it was him underneath the prosthetics.

Some mistook him for another actor, Richard Kind.

Really thought this was Richard Kind in the BATMAN trailer but it’s Colin Farrell in Penguin makeup pic.twitter.com/9Aj3Vhbl97

No lie. I thought Colin Farrell was Richard Kind. pic.twitter.com/QxxuAdC4HM

so you’re telling me that’s not Richard Kind ???? pic.twitter.com/X7rvVx54um

He can be seen standing angrily, as part of a gun fight, and then is chased by the Batmobile.

According to Reeves, we’ll see early versions of these villains in “The Batman.” Cobblepot doesn’t even go by the name Penguin yet, and doesn’t care for the nickname much.

Reeves confirmed Farrell’s role in the film in January. He stars in the film along with Robert Pattinson, Jeffrey Wright, and Andy Serkis.

“The Batman” is currently set to be released in October 2021. Filming is expected to resume on the movie this fall.