The 4 moguls of Big Tech get some scary bedtime reading

To get the Insider Tech newsletter delivered straight to your inbox, subscribe here 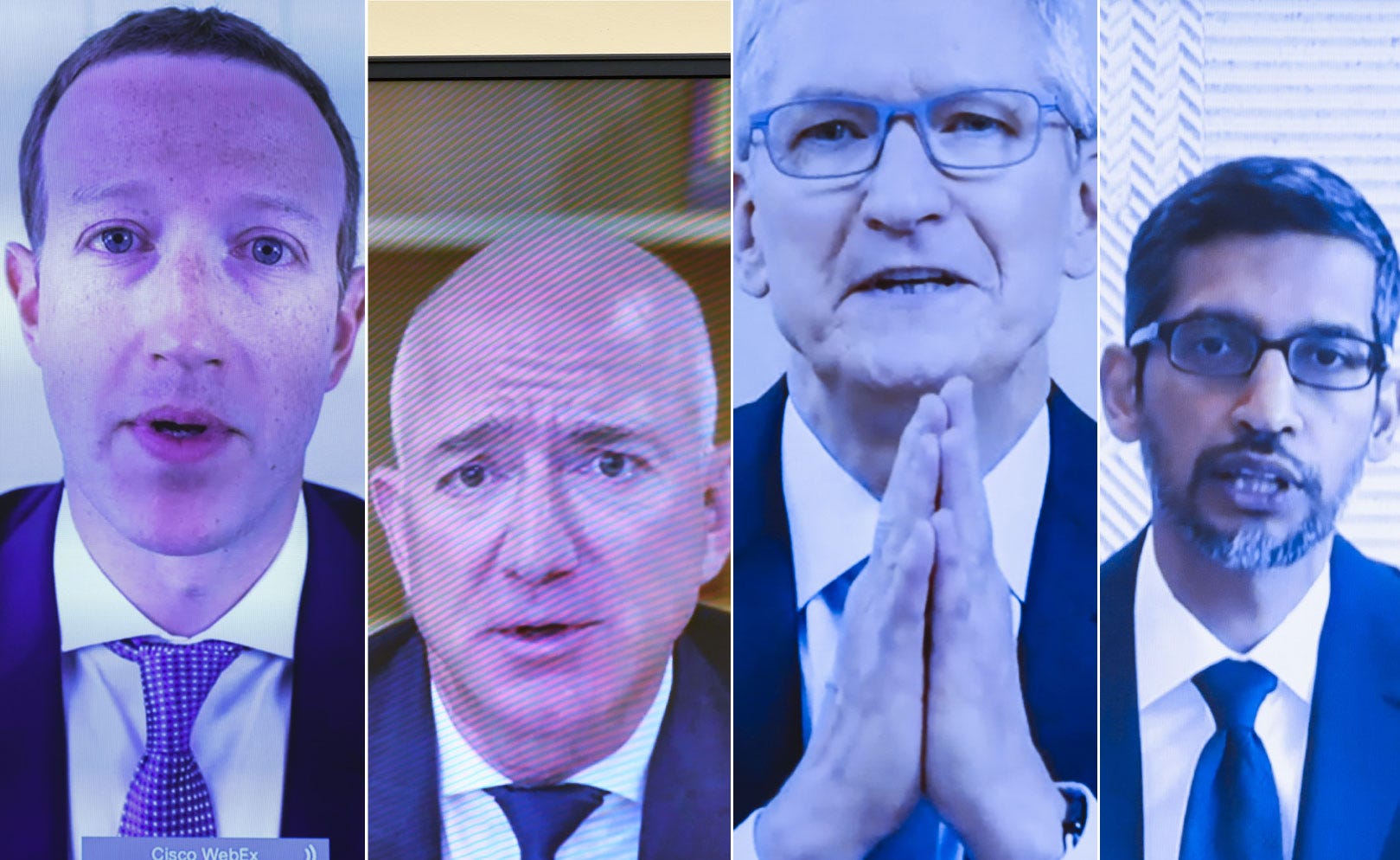 At approximately 4 p.m. Pacific Time on Tuesday, the US House of Representatives antitrust subcommittee dropped a 449-page depth charge on the tech industry. The report was not unexpected â€” it’s the product of a 16-month investigation and a public hearing with all the CEOs in July â€” but its release instantly was still a bombshell in the world of tech.

Referring to Google, Amazon, Apple, and Facebook as “the kinds of monopolies we last saw in the era of oil barons and railroad tycoons,” the legislators declared a “clear and compelling need” for immediate antitrust enforcement to restore competition.

Tech’s Big Four, as you would expect, came out swinging against the Congressional report.

The big question now is are any of the companies at immediate risk of being split up?

The report doesn’t explicitly call for specific companies or businesses to be broken up, but it doesn’t require too much imagination to see where the targets are among the reports’ recommended remedies, such as:

“Structural separations and prohibitions of certain dominant platforms from operating in adjacent lines of business.”

With an election less than a month away, Tuesday’s antitrust report isn’t likely to result in any immediate action from Congress. And as many have noted, the Democrats and Republicans have very different ideas about what needs to be fixed in tech. But as tech companies face increasing pushback from the public and from regulators in the US and overseas, the House report is a detailed blueprint for reducing the power and reach of tech’s four giants â€” and it’s likely to be widely read in the coming years. 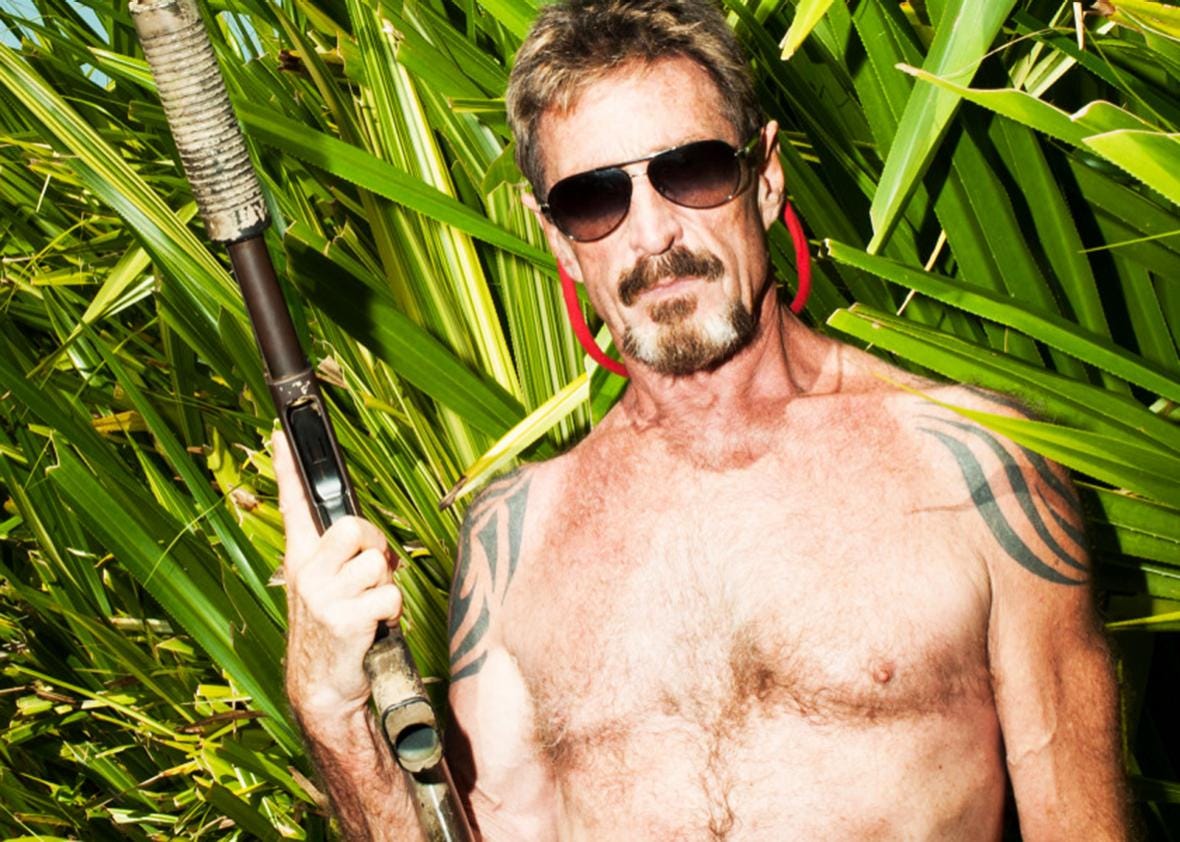 John McAfee, the founder of the software cybersecurity company of the same name, was arrested in Spain this week on tax evasion charges. The arrest is the latest chapter in the tech entrepreneur’s bizarre life story which has included fleeing Belize after being named a “person of interest” in the still-unsolved murder of his neighbour, getting detained in the Dominican Republic for carrying weapons on his yacht, and a brief, unsuccessful campaign to become the Libertarian party’s presidential candidate in the 2016 US elections.

A former Amazon employee was arrested and charged with fraud involving nearly $US100,000 in “false refunds.” According to the criminal complaint, Vu Anh Nguyen, who worked as an Amazon selling-support associate in Tempe, Arizona, used fake buyer accounts to purchase expensive electronics and then issued refunds which he funneled to himself and his associates.

As we embrace the new work-from-home lifestyle, we need to adjust our wardrobe. So it’s fitting that Slack, the workplace collaboration tool, has stepped forward with a special sneaker for the days of lockdowns.

The limited-edition “Generation ZerÃ¸grand” shoe is a collab between Cole Haan and Slack, inspired by “the pandemic-related rise of remote working.” The $US120 sneakers, which feature the Slack logo and are available in Slack’s four signature colours, were apparently designed entirely through communications conducted over Slack.

I’m not quite sure what makes an ideal shoe for the rigors of working-from-home (personally, I haven’t worn any kind of footwear since March), but there’s no doubt that Slack just raised the stakes in the competition between tech collaboration software firms. Let’s see what kind of cool kicks Asana, Microsoft Teams, or Zoom hit back with. 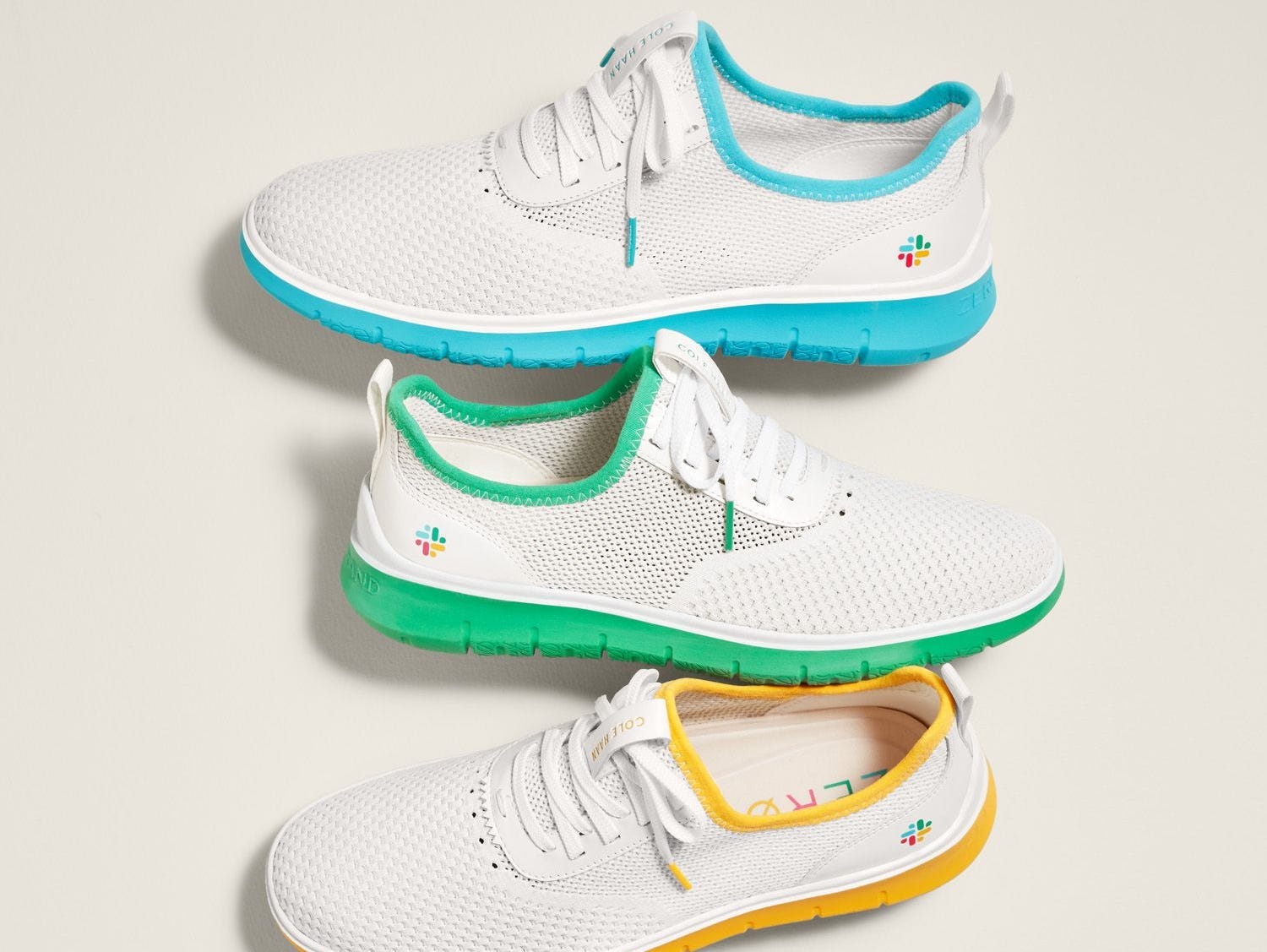 â€” Tech investor Chamath Palihapitiya discussing his decidedly low-tech idea of creating designated “free-speech zones” in the office using actual soapboxes. The soapbox suggestion comes amid a firestorm over Coinbase’s decision to forbid political conversations among its employees at the workplace.

Leaked emails show a high-profile engineer left Amazon after filing sexual harassment claims to HR in 2018. Now she’s speaking out about what she calls a ‘toxic’ work culture for women.

With Google’s deal for Fitbit on the ropes, experts say these 8 wearable tech companies could be worth buying in an effort to keep pace with Apple

The rise of Dan Sundheim: How a Wharton whiz kid became the LeBron James of investing, launched one of the hottest hedge funds on earth, and minted a billion-dollar fortune in the process