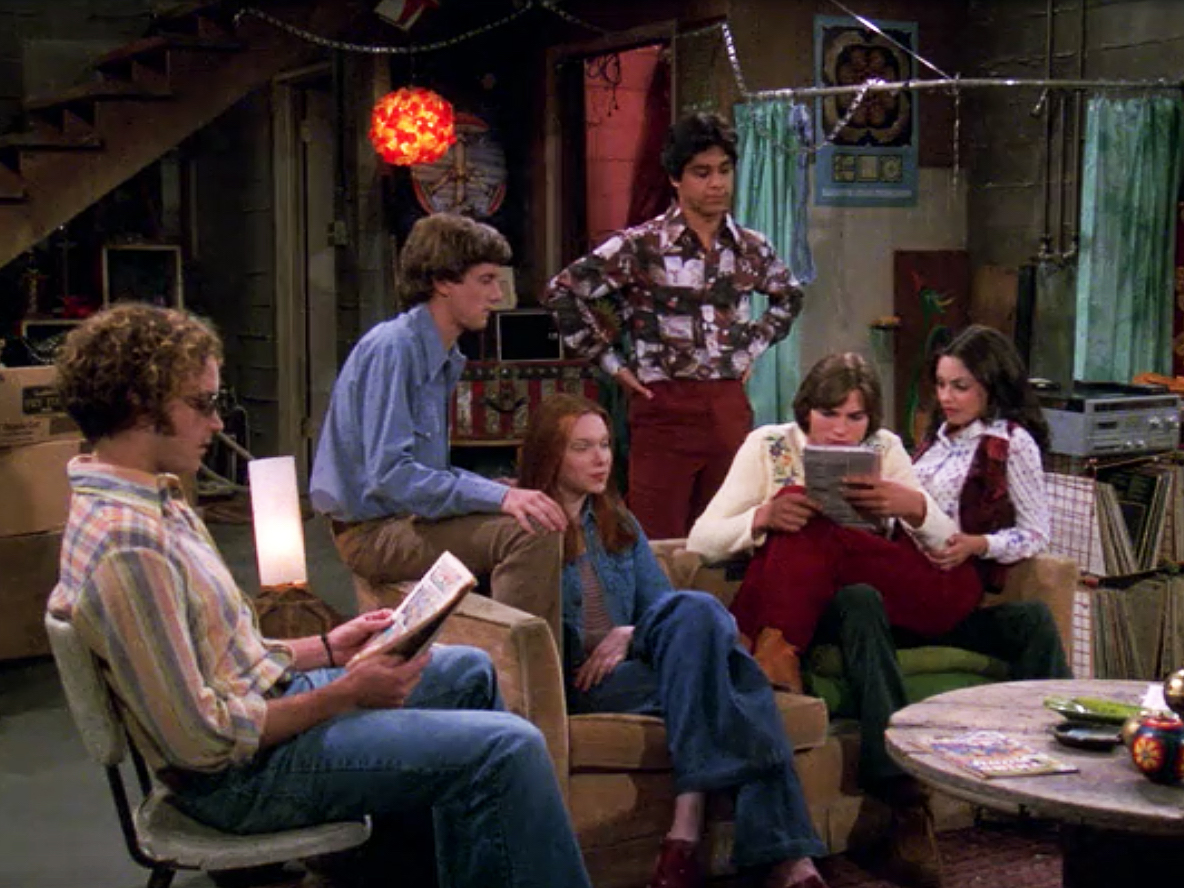 FOX‘That ’70s Show’ won a Primetime Emmy in 2001 for outstanding costume design for a series.

“That ’70s Show” first aired on Fox in August 1998 and lasted for eight seasons before coming to a close in May 2006. The popular comedy provided iconic lines and hysterical scenes. And let’s not forget that it also paved the way for one of Hollywood’s favourite celebrity couples,Mila Kunis and Ashton Kutcher.

Most of the main cast members from “That ’70s Show” continue to act, but have also ventured into writing books, directing, and producing.

Keep reading to see what the cast has been up to. 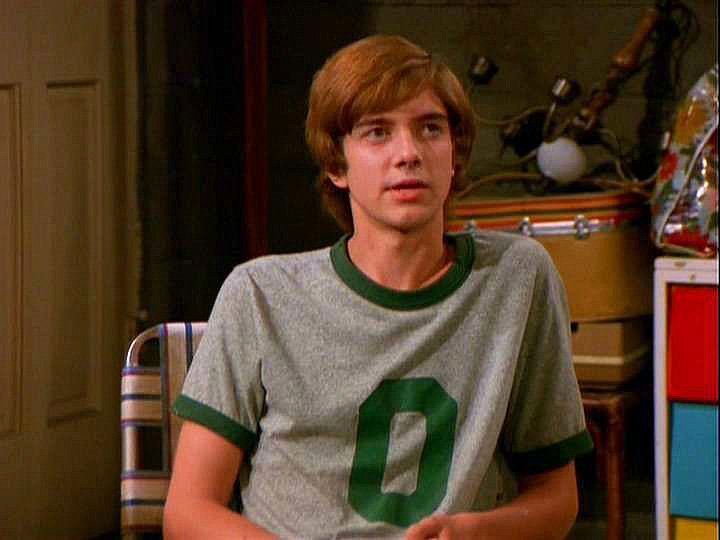 FOXEric later left his friends and family in Wisconsin to teach in Africa.

He was the leader of his group of friends (mainly because his basement was their hangout spot) and completely obsessed with anything related to “Star Wars.”

Grace recently starred on an episode of the drama series “Black Mirror.” 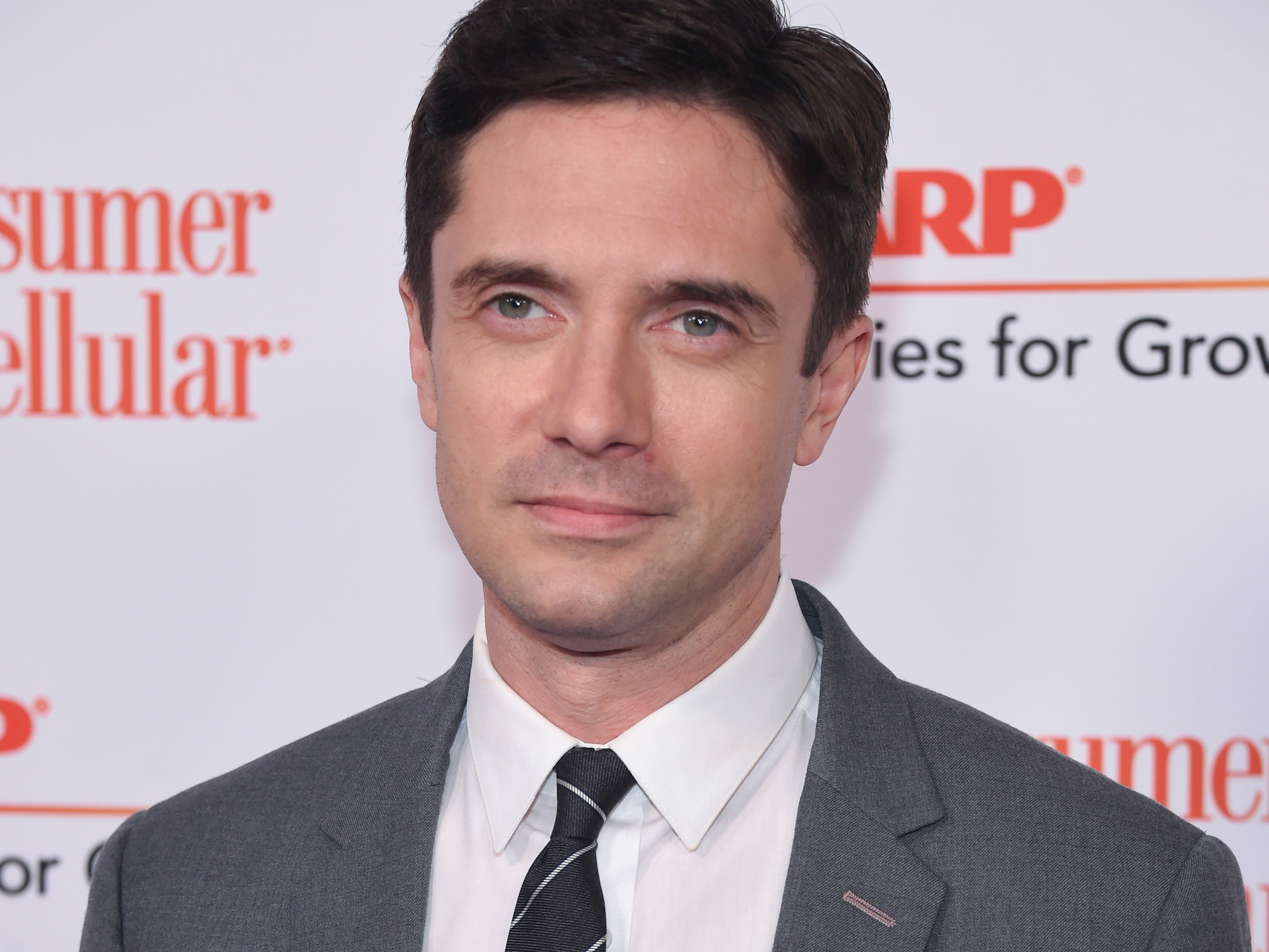 During season seven, Grace left “That ’70s Show,” but made an appearance on the series finale. He went on to star as villain Eddie Brock (also known as “Venom”) in “Spider-Man 3,” Anne Hathaway’s love interest in “Valentine’s Day,” and Getty in the 2014 film adaptation of “Interstellar.”

In 2019, he played Peter Jarhling on a National Geographic Channel miniseries called “The Hot Zone.”

Laura Prepon starred as Donna Pinciotti, the next door neighbour of the Formans, member of Eric’s inner circle, and his love interest. 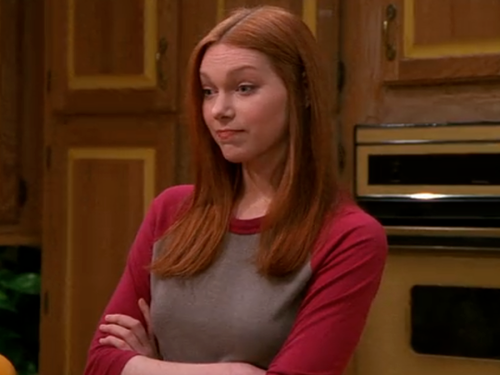 FOXDonna later got a job as a radio DJ and was known as ‘Hot Donna.’

Donna ditched her signature red hair for a blonde shade after she and Eric broke up, but in reality, it was dyed because Prepon’s role in the 2006 film “Karla” required blonde hair.

Laura Prepon starred as Alex on Netflix’s “Orange Is the New Black.” The show ended in 2019 after seven seasons. In 2016 and 2017, Prepon and the cast of “OITNB” won SAG awards for outstanding performance by an ensemble in a comedy series.

Aside from Prepon’s role on the hit show, she released a health and nutrition book in 2016 titled “The Stash Plan.” She also welcomed her first child with Ben Foster in August 2017.

Ashton Kutcher played Kelso, the dumb, but attractive member of the gang. 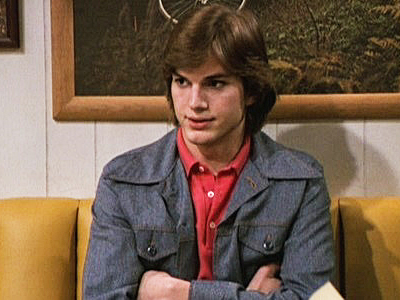 FOXKelso was immature and loved a good burn.

On season six, Kelso had a child with Brooke (played by Shannon Elizabeth) and later became a police officer. 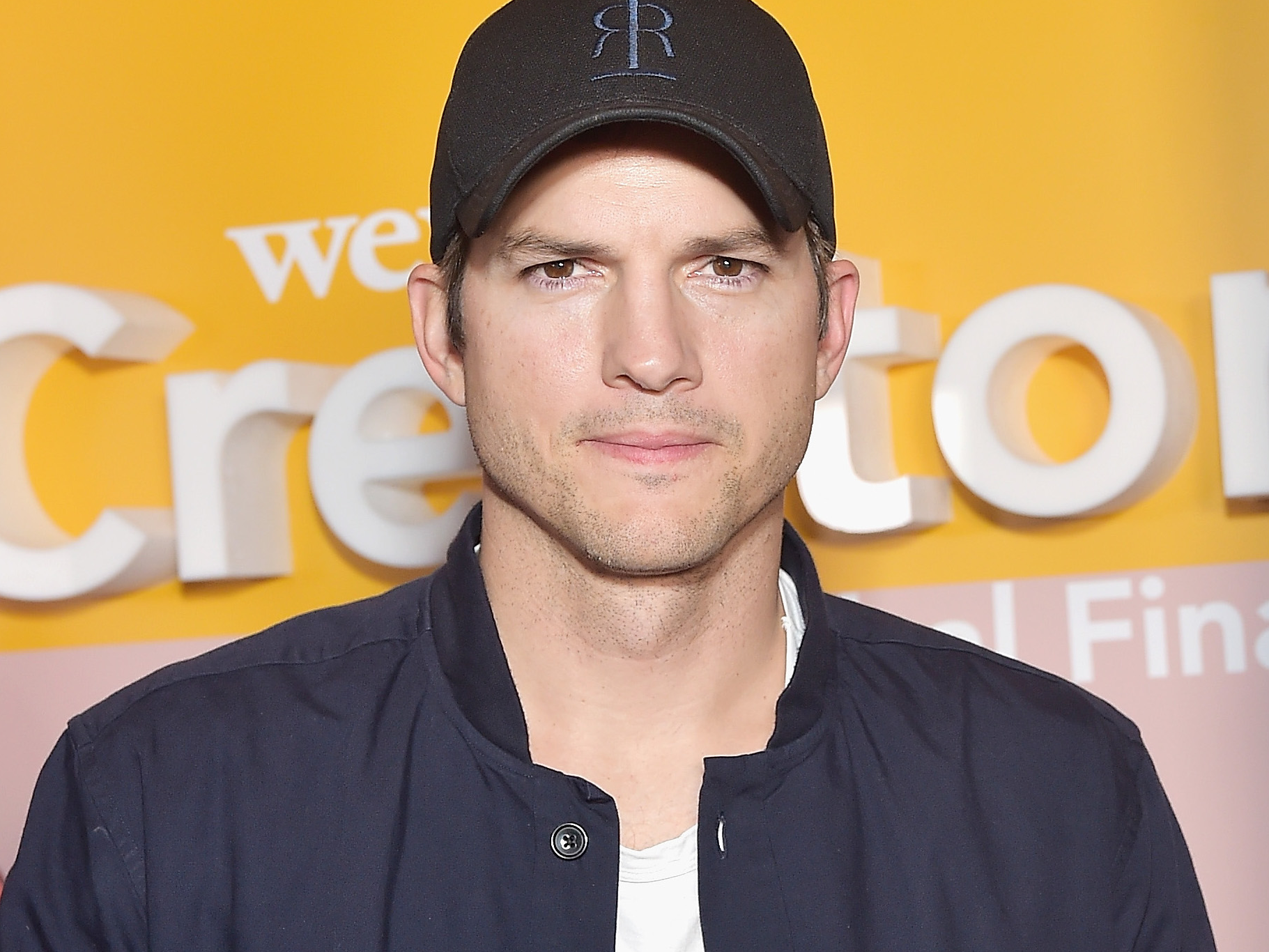 During and after “That ’70s Show,” Kutcher was the creator and host of MTV’s prank show “Punk’d.”

He went on to star in “What Happens in Vegas,” “Valentine’s Day,” “Jobs,” and “No Strings Attached.” He also took over the starring role on “Two and a Half Men” following Charlie Sheen’s departure from the show.

One of Kutcher’s most recent roles was on the Netflix show “The Ranch.”

Mila Kunis played Jackie Burkhart, the youngest member of the group. She was bossy, rich, and preferred to be the centre of attention. 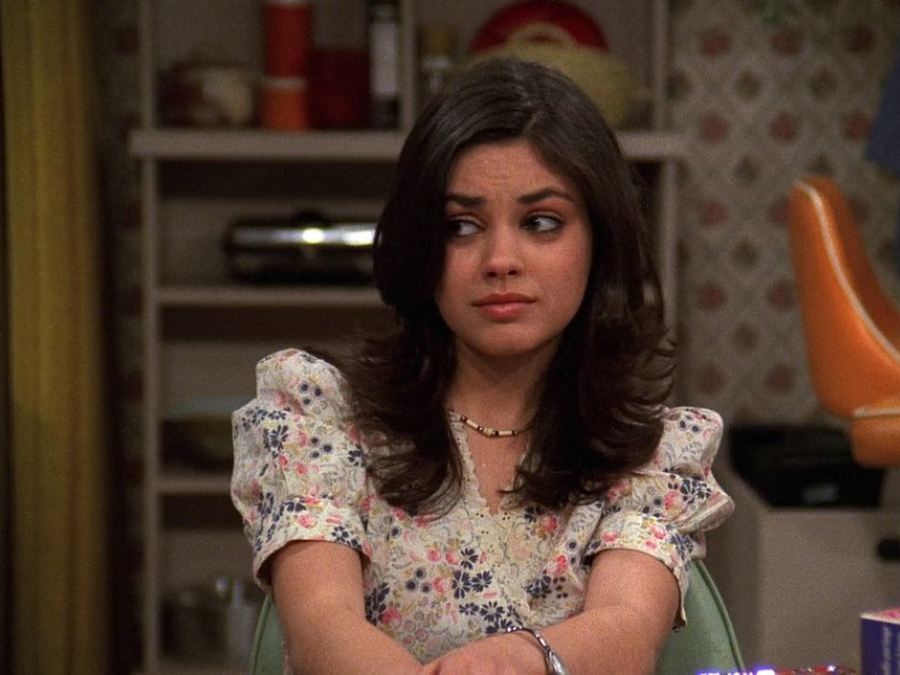 FOXKunis was 14 years old when she first starred on the show, and her first kiss was with Kutcher.

Even though Jackie used to make fun of Donna, the two were best friends.

Kunis recently starred in the comedy “The Spy Who Dumped Me” and voiced a character in the animated movie “Wonder Park.” After “That ’70s Show,” Kunis went on to star in “Forgetting Sarah Marshall,” “Black Swan” (which earned her a Golden Globe nomination for her supporting role), “Friends With Benefits,” “Jupiter Ascending,” and “Bad Mums.”

Kunis is also a global partner for bourbon brand Jim Beam, and stars in their commercials.

She stars alongside Glenn Close in the new movie “Four Good Days,” which premiered at the Sundance Film Festival in January 2020.

Danny Masterson played Hyde, the group’s most sarcastic member with a nonchalant attitude toward most things. 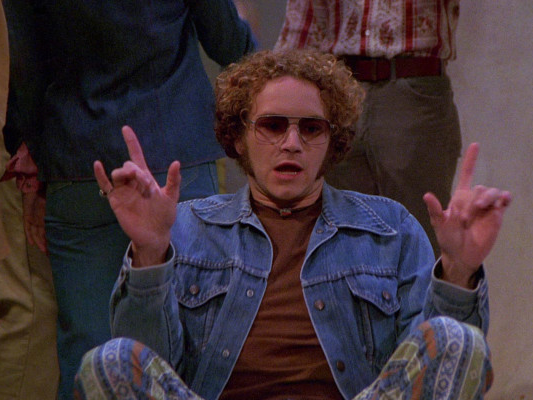 FOXHyde and Eric knew each other since they were kids.

The Formans took Hyde under their wing, and even let him live with them at one point.

Danny Masterson starred alongside Kutcher on Netflix’s “The Ranch,” but was dropped from the show in December 2017 following several rape allegations. 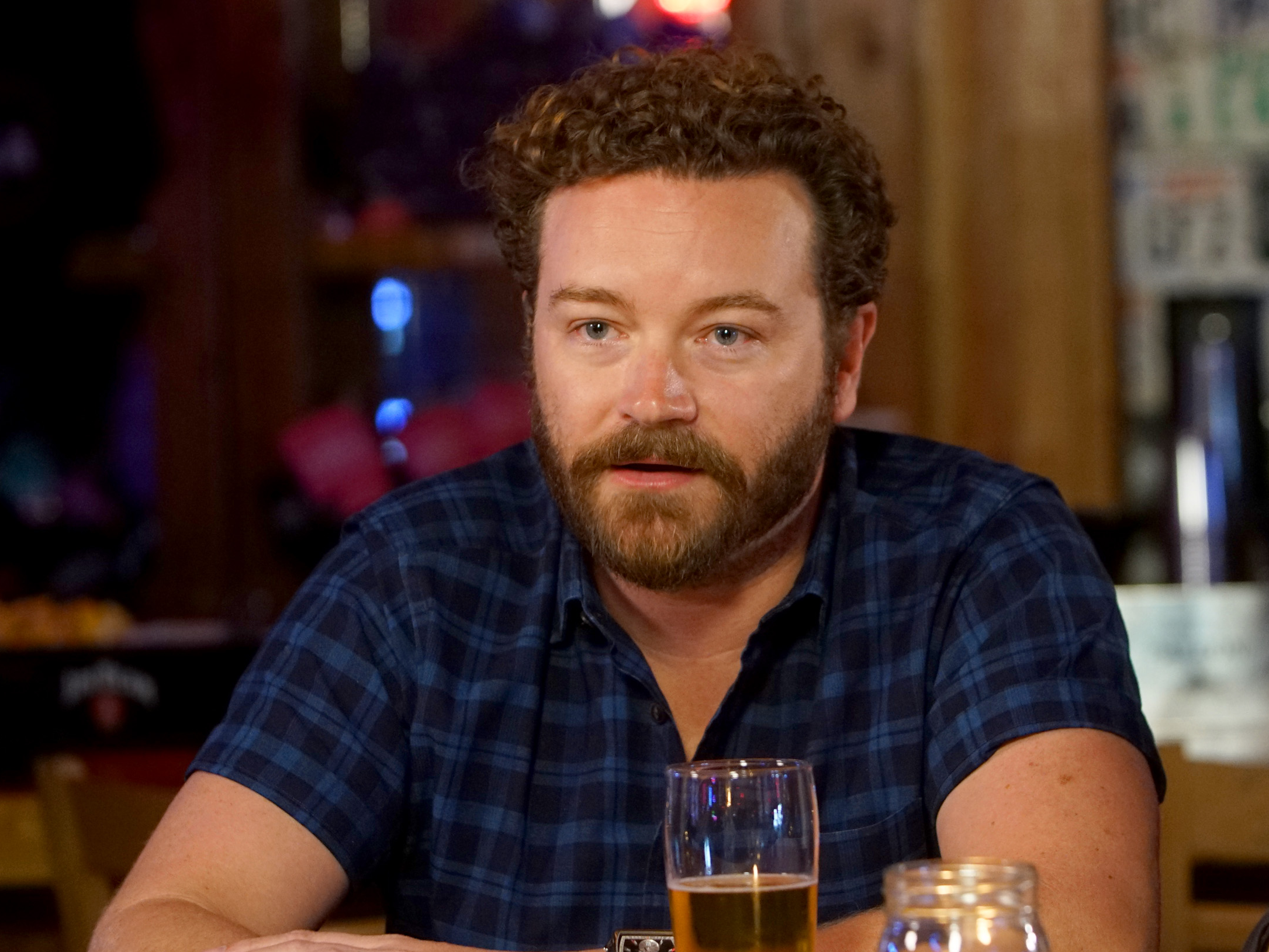 Anna Webber/Getty Images for NetflixMasterson in Nashville, Tennessee for a ‘The Ranch’ event in June 2017. 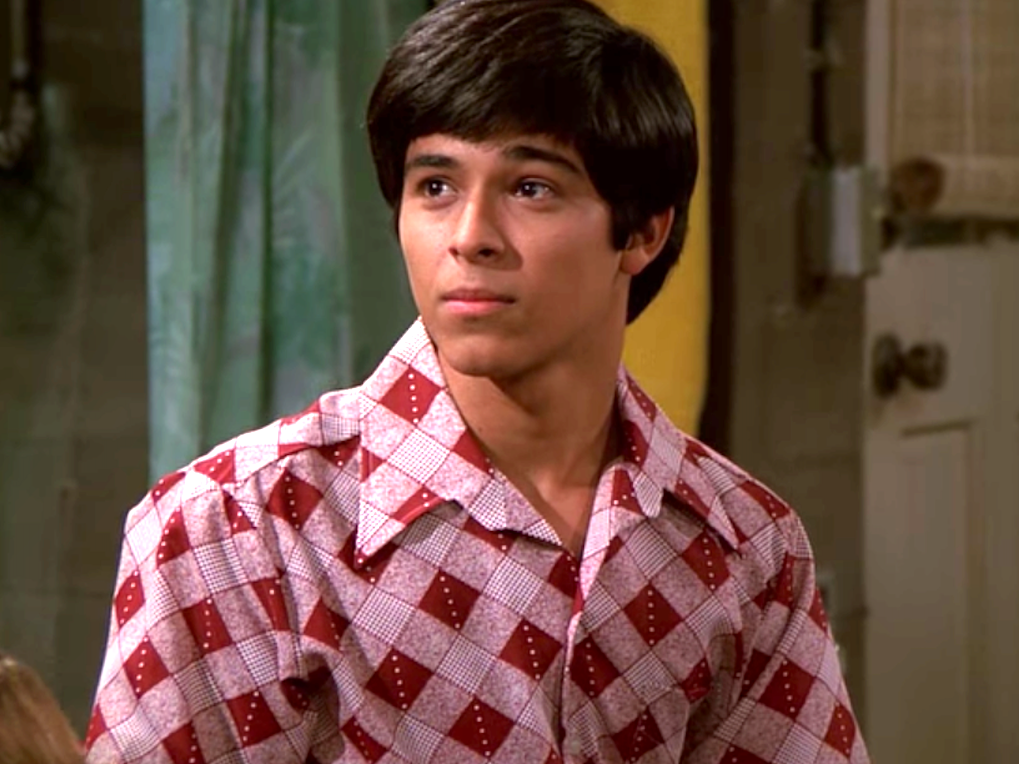 FoxNo one knew what country Fez actually came from.

Fez was always very fond of Jackie. And even though she would constantly reject him, they started dating near the end of the show. 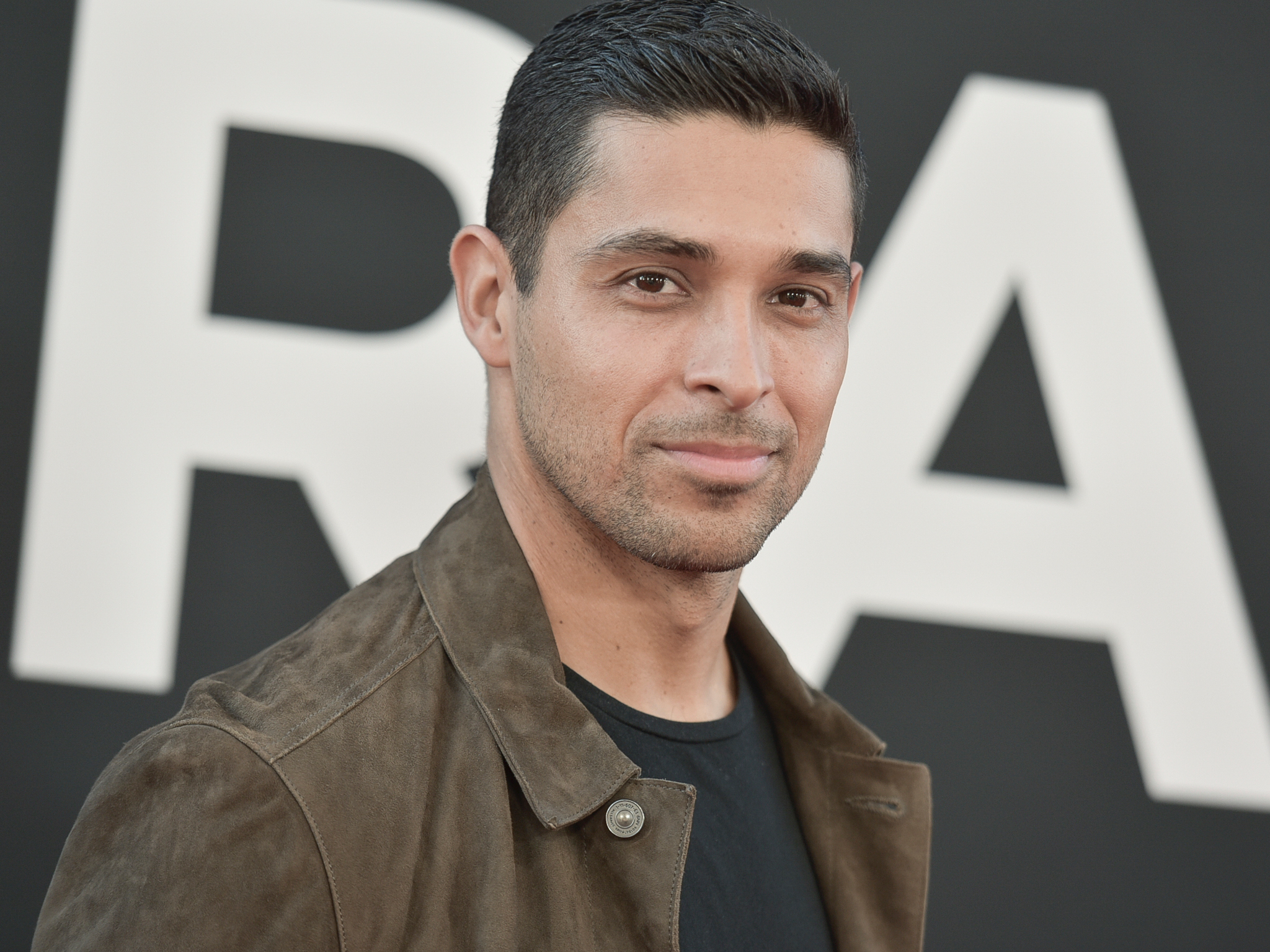 Valderrama won a Teen Choice Award in 2005 for choice TV sidekick. The following year, he won another award for choice TV comedy actor.

The actor also had roles on “Grey’s Anatomy” and “Raising Hope.” In addition, he was in a relationship with Demi Lovato for several years before they split in 2016. He also visited the singer in the hospital when she was recovering from a reported overdose.

Debra Jo Rupp played the Forman matriarch, Kitty. When she wasn’t working as a nurse at a hospital, she was trying to keep things under control at home. 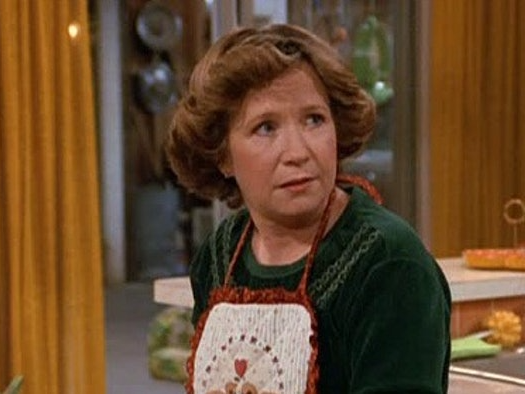 FOXKitty was known for her signature laugh.

Kitty always tried to find an excuse to drink alcohol (or add Kahlua to a recipe).

Most recently, Rupp guest-starred on season 16 of “Grey’s Anatomy.” 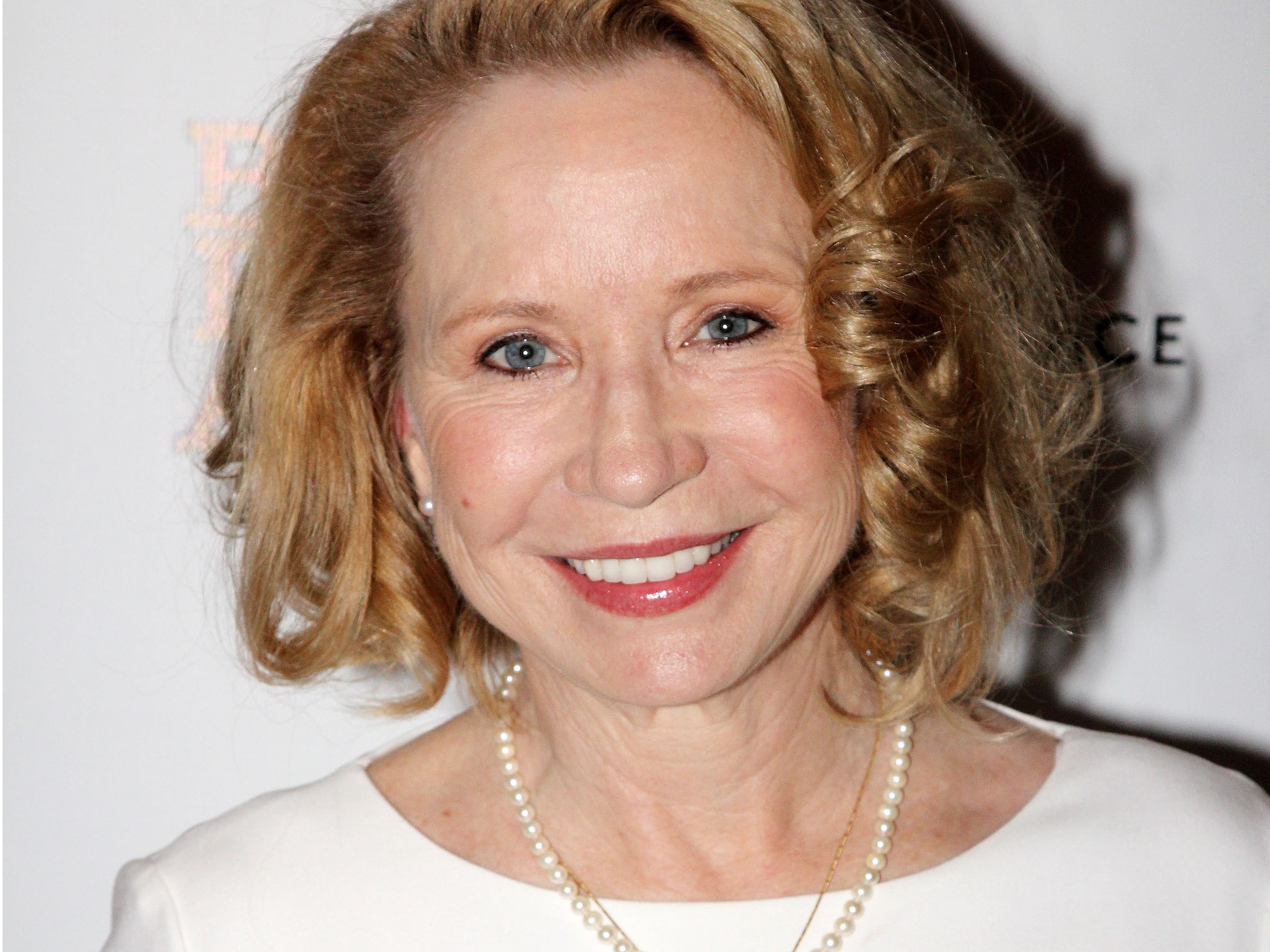 Rupp had a recurring role as Alice on “Friends” while she was still starring on “That ’70s Show.” She also guest-starred on shows like “The Ranch,” “Elementary,” “NCIS: Los Angeles,” and “This Is Us.”

Kurtwood Smith played Red Forman, who was often cranky and quick to scold Eric and his friends. 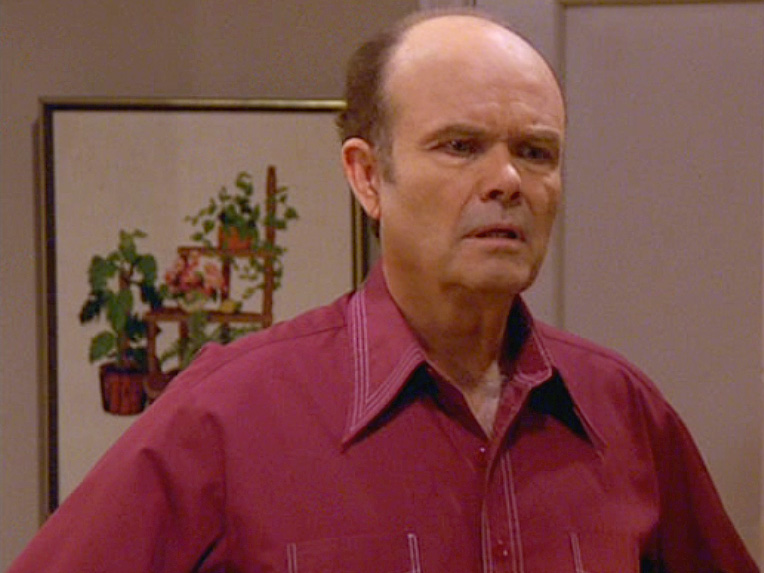 Red had no patience for foolishness, and was forced to manage his temper after he had a heart attack on season six. Phillip Faraone/Getty ImagesKurtwood Smith in May 2019.

He also had recurring or starring roles on “Agent Carter,” “24,” and “Patriot.” You may have also seen him guest star on “The Ranch” and “Future Man,” in addition to appearing in “Amityville: The Awakening.”

Kurtwood will reunite with Rupp to play a married couple for a new ABC comedy pilot. 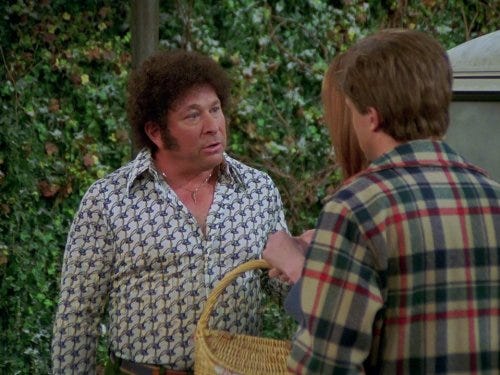 FOXBob was rarely seen in a bad mood, unless he was concerned about Donna.

Red might have admitted that he considered Bob to be one of his friends, but that didn’t prevent him from getting frustrated by Bob’s presence at times. 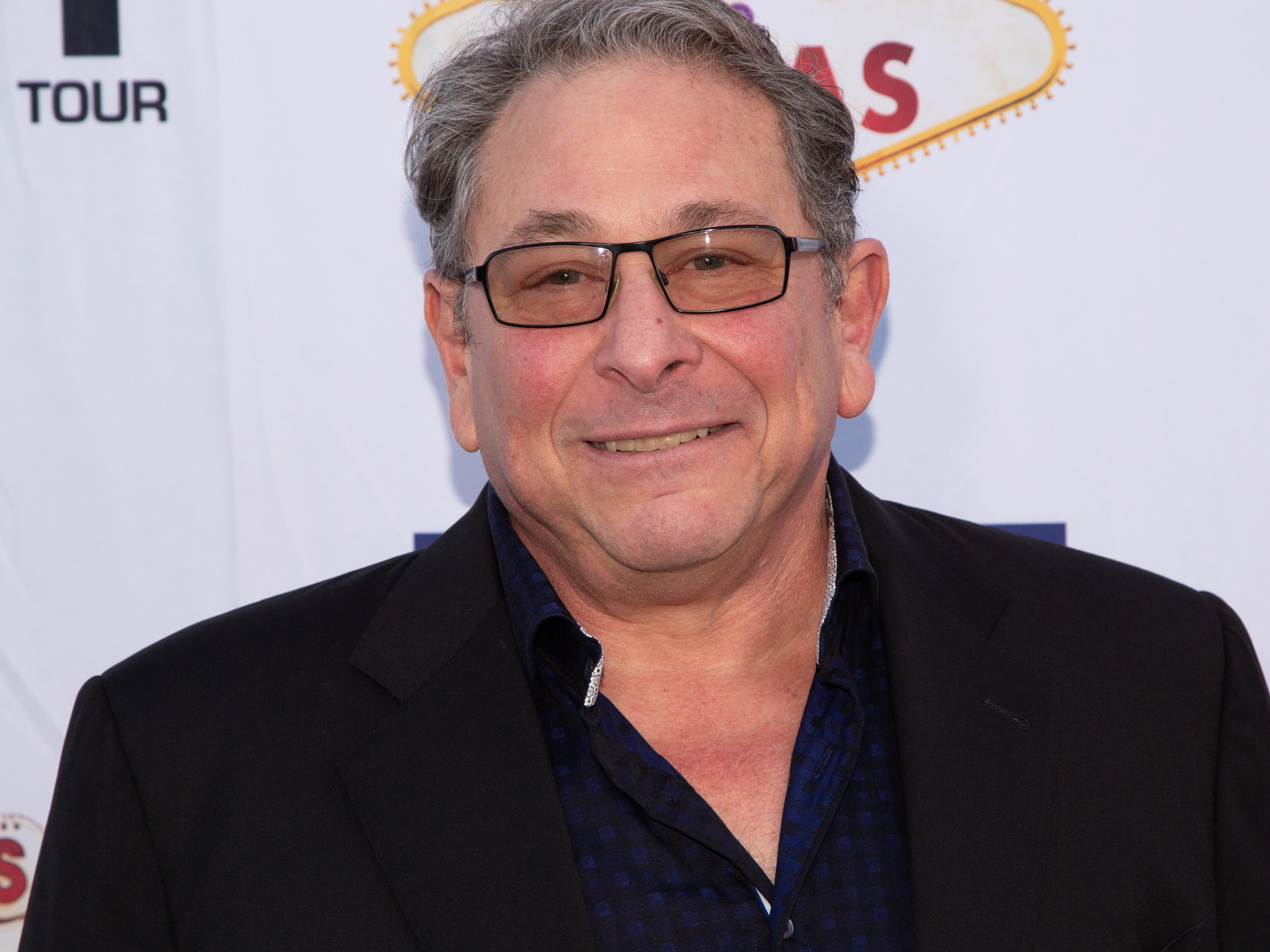 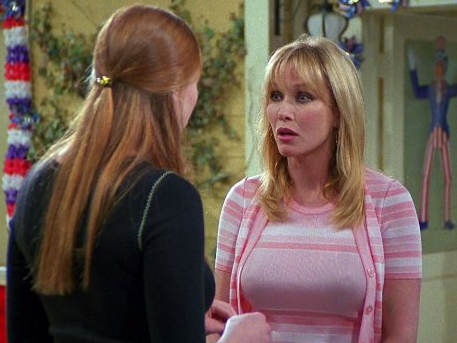 FOXDonna was often embarrassed by Midge’s comments and personal questions.

Midge and Bob had their ups and downs in their relationship, but later got divorced and she moved to California.

Since leaving “That ’70s Show,” Tanya Roberts hasn’t appeared in many roles. Her last credited roles were on “Eve” and “Barbershop.” 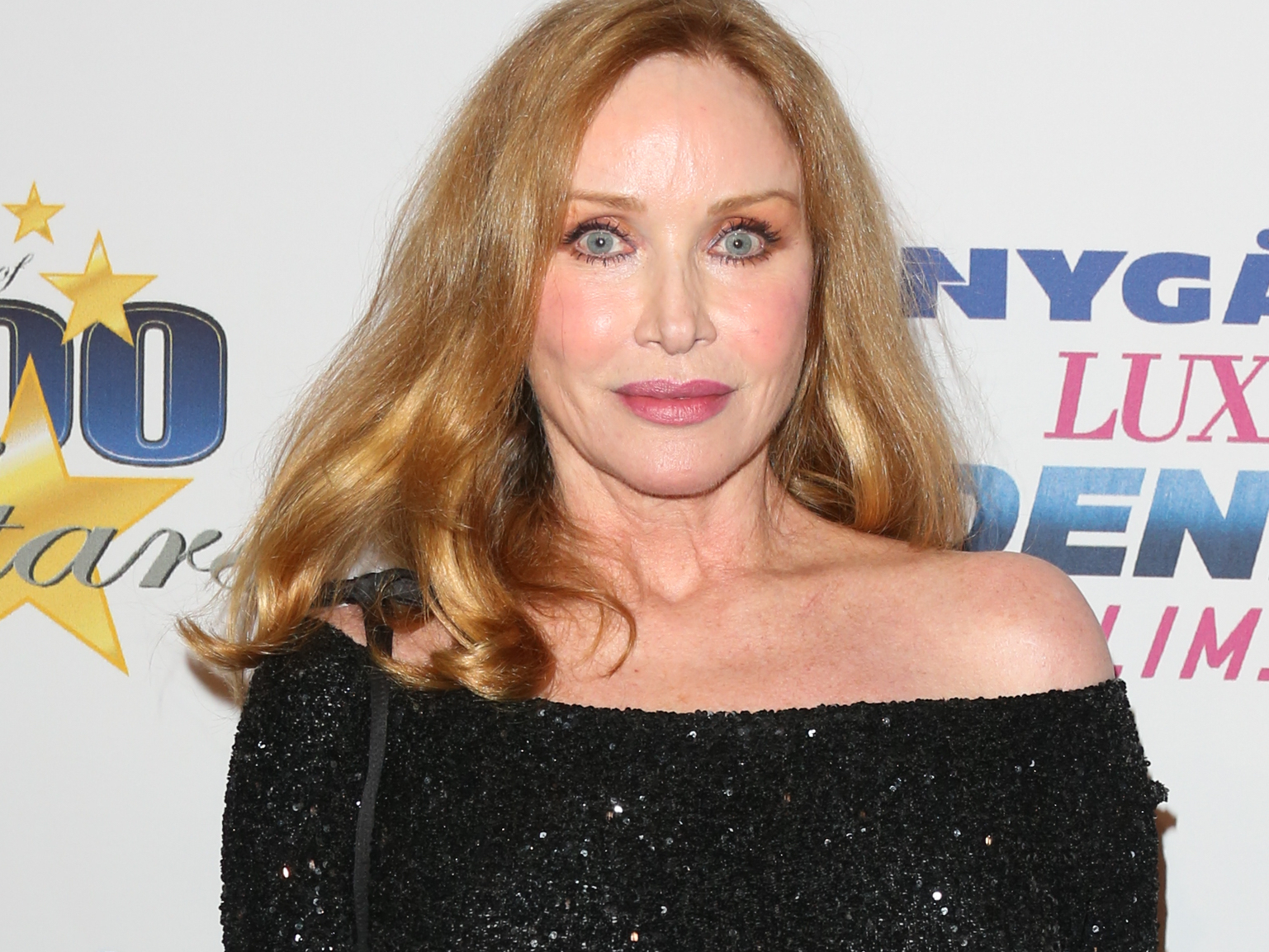 Roberts left “That ’70s Show” to care for her husband, Barry Roberts, who was diagnosed with a brain disease. 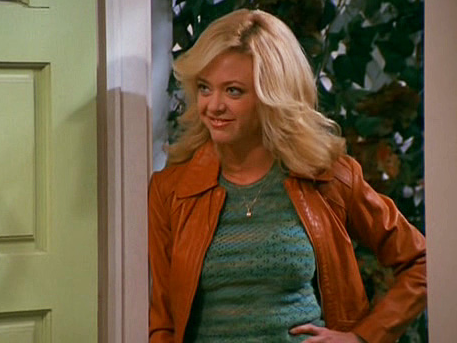 FOXLaurie was Red’s favourite child and he always seemed blind to her faults.

Kelly was later replaced by Christina Moore after she left the show, reportedly because she struggled with addiction.

In August 2013, it was revealed that Kelly passed away due to accidental drug intoxication. 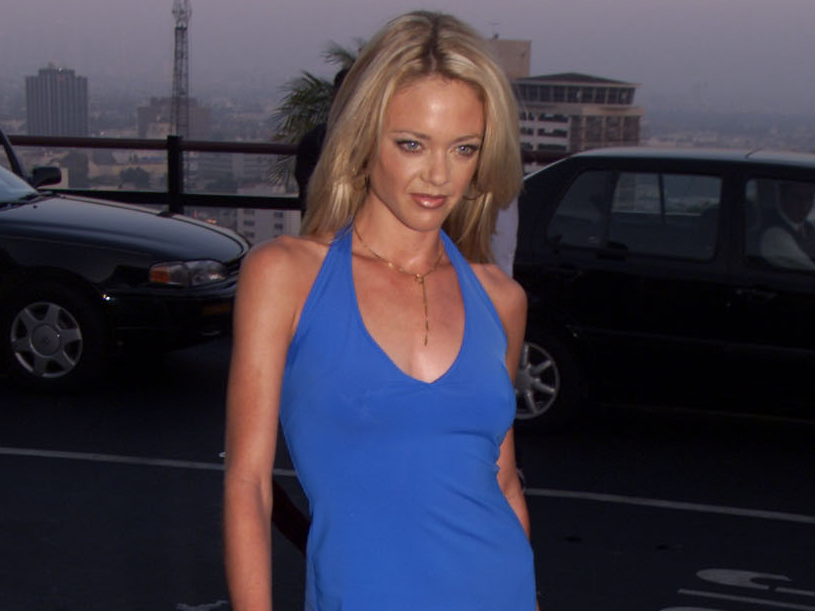 Kevin Winter/ImageDirectBetween 2010 and 2013, she was also arrested for several alleged crimes, including assault and driving under the influence.

At the time, Kelly had voluntarily entered a treatment facility to help her overcome her ongoing drug addiction. 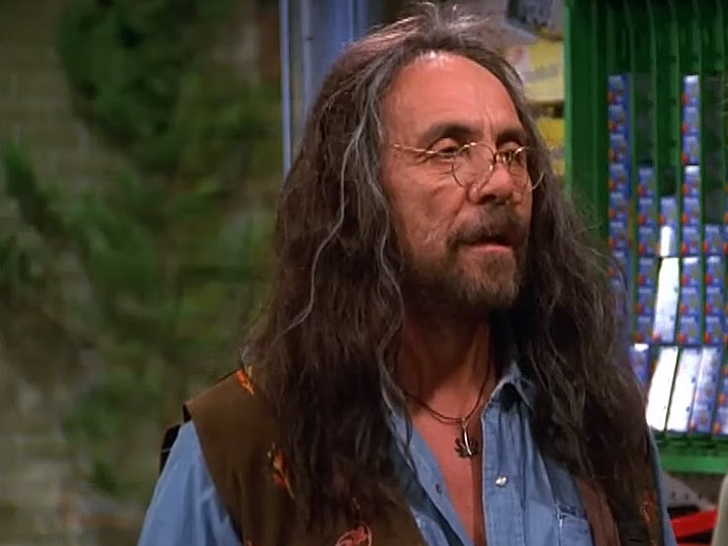 In the veteran comedian and marijuana activist’s first appearance on the show, Leo spontaneously hired Hyde to work at the Foto Hut, even though Hyde had no previous experience.

Chong competed as the Pineapple on the hit reality TV series “The Masked Singer.” 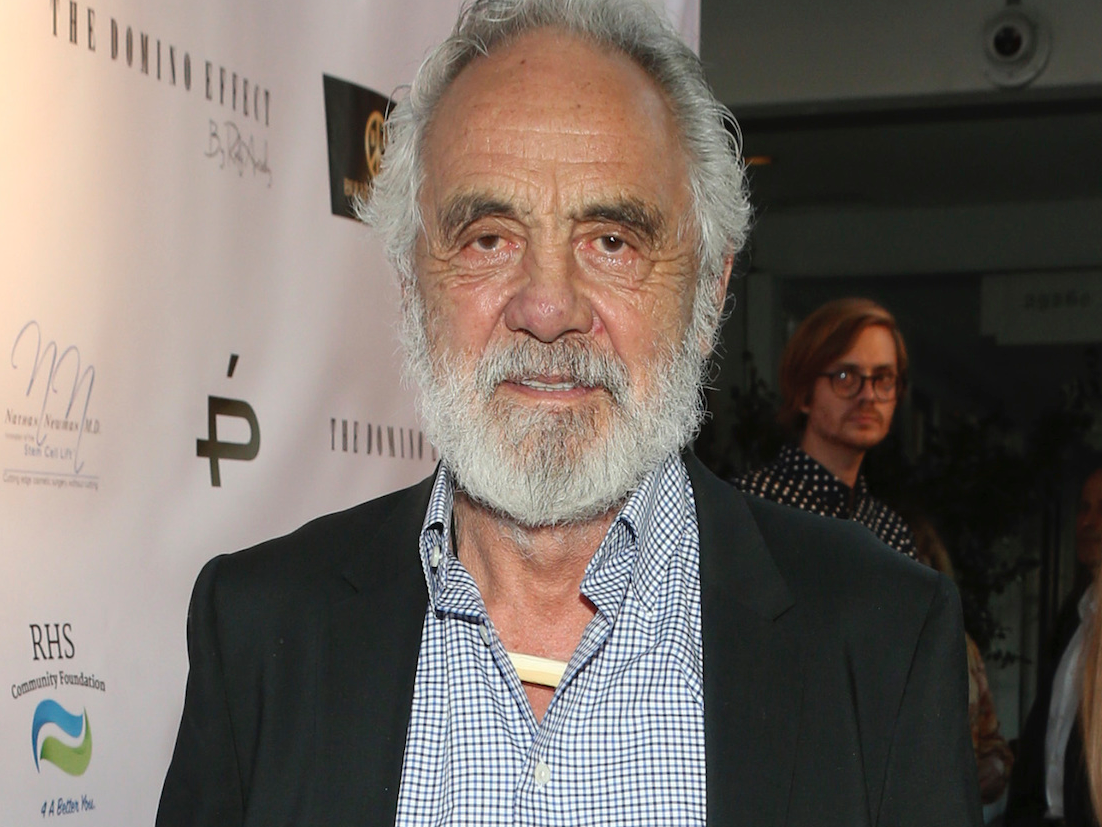 Chong has also competed on season 19 of “Dancing With the Stars” and voiced the character Yax in “Zootopia.” In addition, he appeared in 2019’s “Jay and Silent Bob Reboot.” He also completed a comedy tour with Cheech Marin and wrote several books.

He will star in an upcoming documentary titled “Searching for the Cure,” which discusses cannabis.