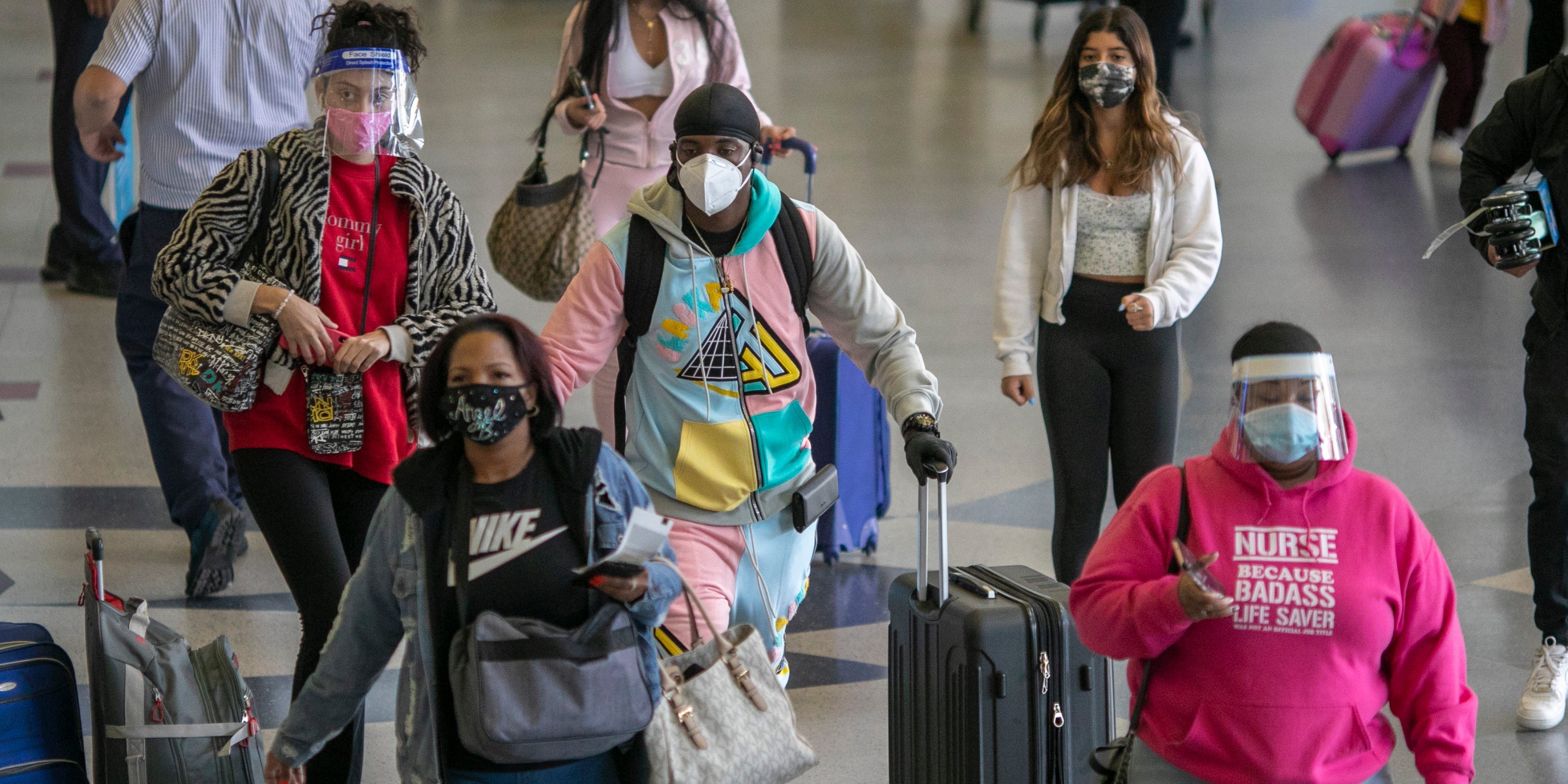 US air traffic on Thanksgiving eve was the highest of any day since March, according to Transportation Security Administration records.

On Wednesday, 1,070,967 people passed TSA checkpoints, according to the agency.

The last time that many people travelled by air was March 16, when 1,257,823 people passed TSA checkpoints. The World Health Organisation declared the coronavirus a pandemic on March 11.

Some 2,624,250 people travelled through TSA checkpoints on the day before Thanksgiving last year, meaning this year’s figures were a 40% decrease.

The relatively high level of US air travel came even though multiple health authorities, including the Centres for Disease Control and Prevention, urged Americans to avoid travelling even short distances for Thanksgiving.

Regardless, an Insider survey of 1,110 people conducted November 20-21 found that 37% of Americans said they were not changing anything about how they planned to go about Thanksgiving this year.

Thirty-one per cent of respondents said they didn’t factor CDC advice into their plans, and 57% said they were planning to mix households at the dinner table.

On November 19, the CDC recommended that Americans not travel at all for Thanksgiving and said holiday meals should be done only with those who people live with or neighbours if they can dine outside.

The agency also acknowledged that some people might not follow its advice, adding that those who were spending Thanksgiving with people they didn’t live with should wear masks and wash their hands frequently.

Dr. Anthony Fauci, the top US infectious-disease expert, also warned on Sunday that airports specifically would be breeding grounds for the coronavirus.

“You are at a crowded airport, you are lining up, not everybody is wearing masks. That puts yourself at risk â€¦ that’s what’s going to get us into even more trouble,” he said.

Wednesday â€” the day that saw the most flights since March â€” also marked the day the US recorded its highest daily COVID-19 death toll since May.

That same day, the CDC predicted that the US would most likely pass 300,000 deaths by December 19.

As of Friday morning, more than 12.8 million people in the US had tested positive for COVID-19 and more than 260,000 people had died, according to a tracker from Johns Hopkins University.