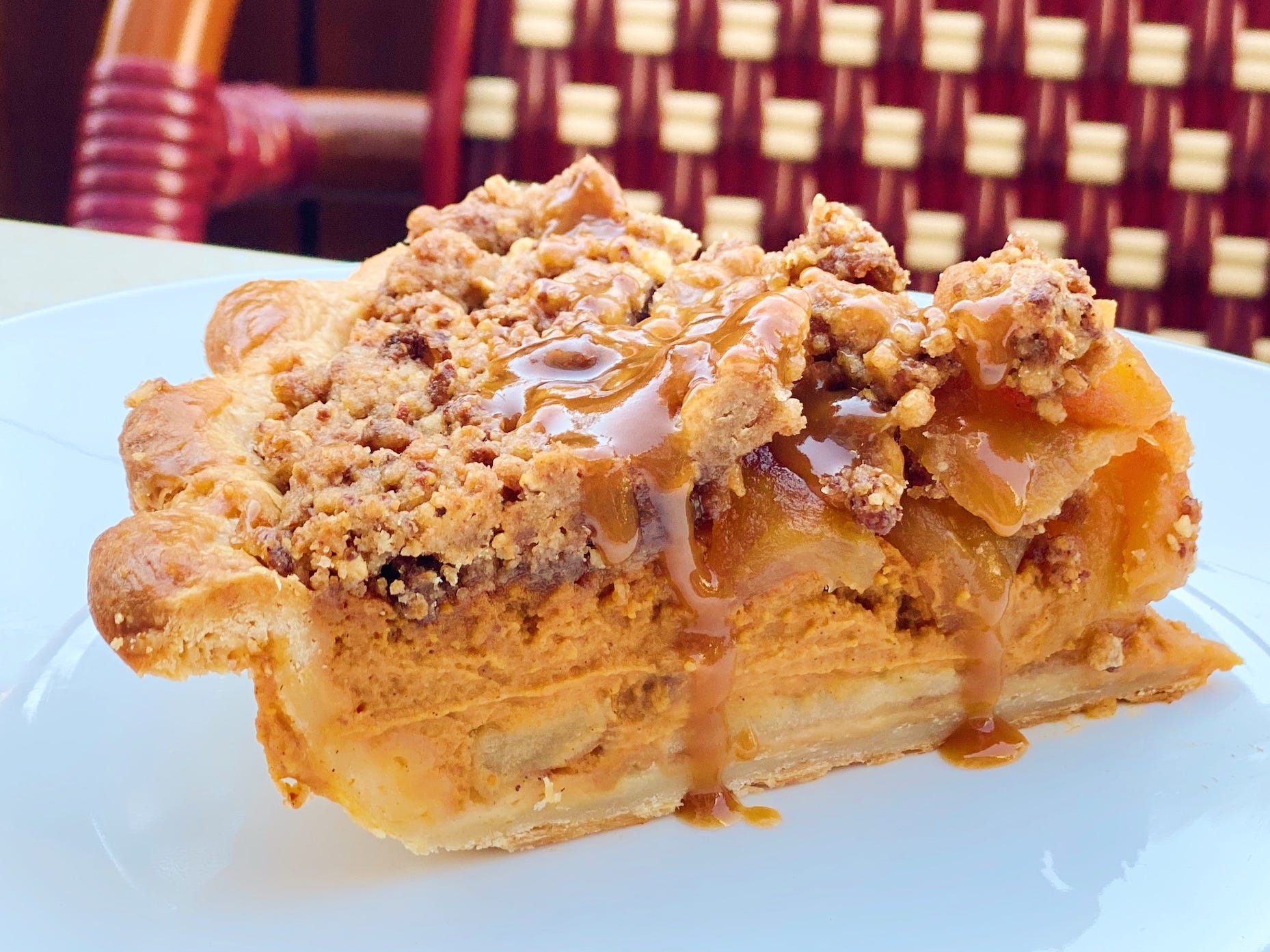 When it comes to Thanksgiving dinner, there are a few dishes that are always considered essential: the turkey, the potatoes, and the pumpkin pie.

But not everyone is a fan of pumpkin, and that’s ok! You still deserve to have something delicious to eat at the end of your Thanksgiving feast.

So we asked Michelin-starred chefs to share their favourite Thanksgiving desserts that aren’t pumpkin pie. They also gave us tips for re-creating some of these dishes at home, while others can be purchased depending on where you’re located.

From a pie inspired by S’mores to mouth-watering cream puffs, you’ll want to see these Michelin-starred chef-approved desserts on your Thanksgiving menu.

Bring summertime campfire vibes to your Thanksgiving table with a S’mores pie. 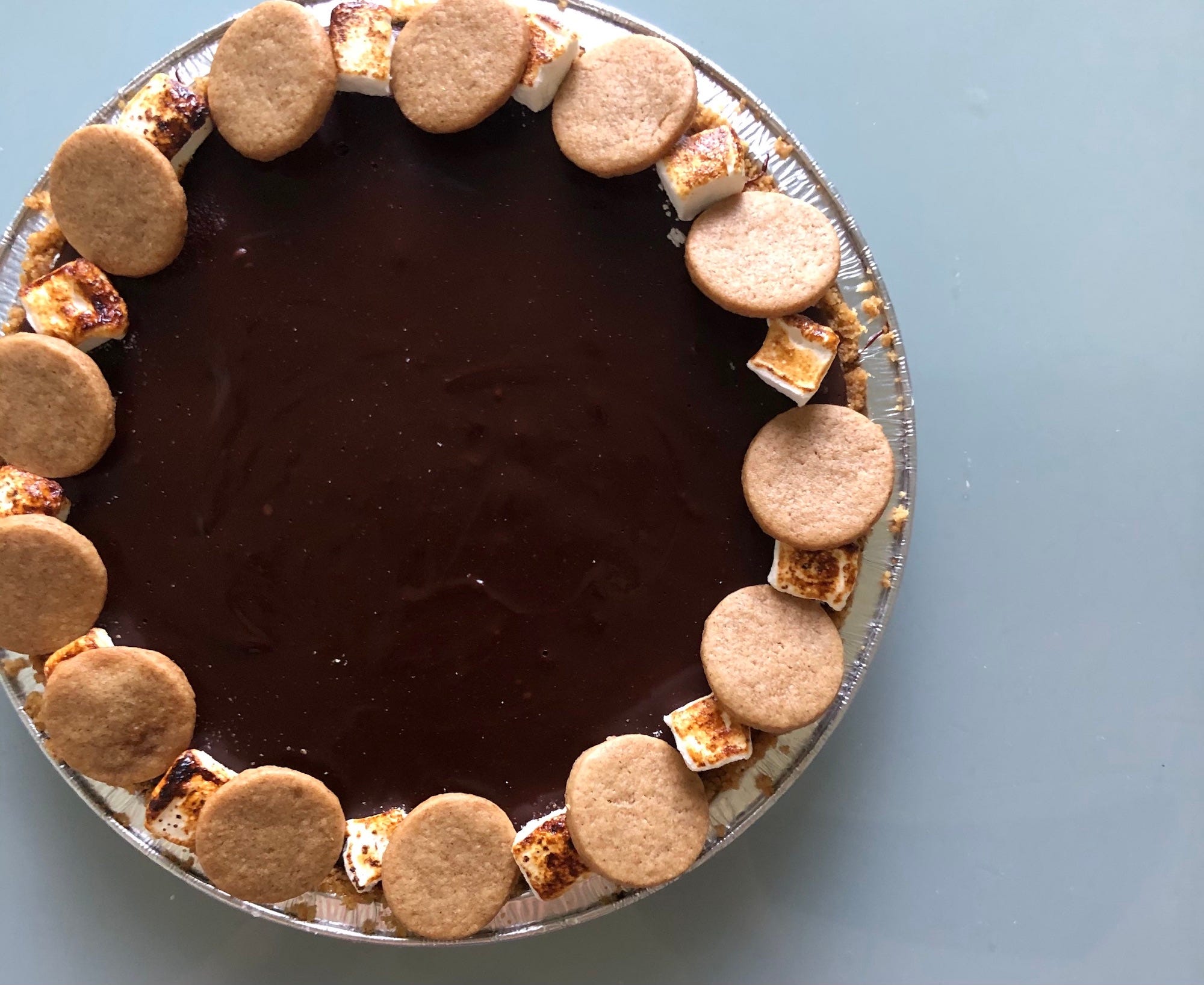 Pastry chef Dan Kleinhandler – who just launched Sugar, Butter, Chocolate – told Insider that he wanted to create a dessert that was “all about childhood memories.”

“People have pumpkin pie at Thanksgiving not because it’s everyone’s favourite, but because it’s traditional,” Kleinhandler said. “With this you can still have pie, but it’s a crowd-pleaser.”

And if you’re in New York City, you’re in luck – Kleinhandler is selling his S’mores pie for $US44.

Pumpkin isn’t the only seasonal flavour. You can still channel fall by baking a pie with maple syrup. 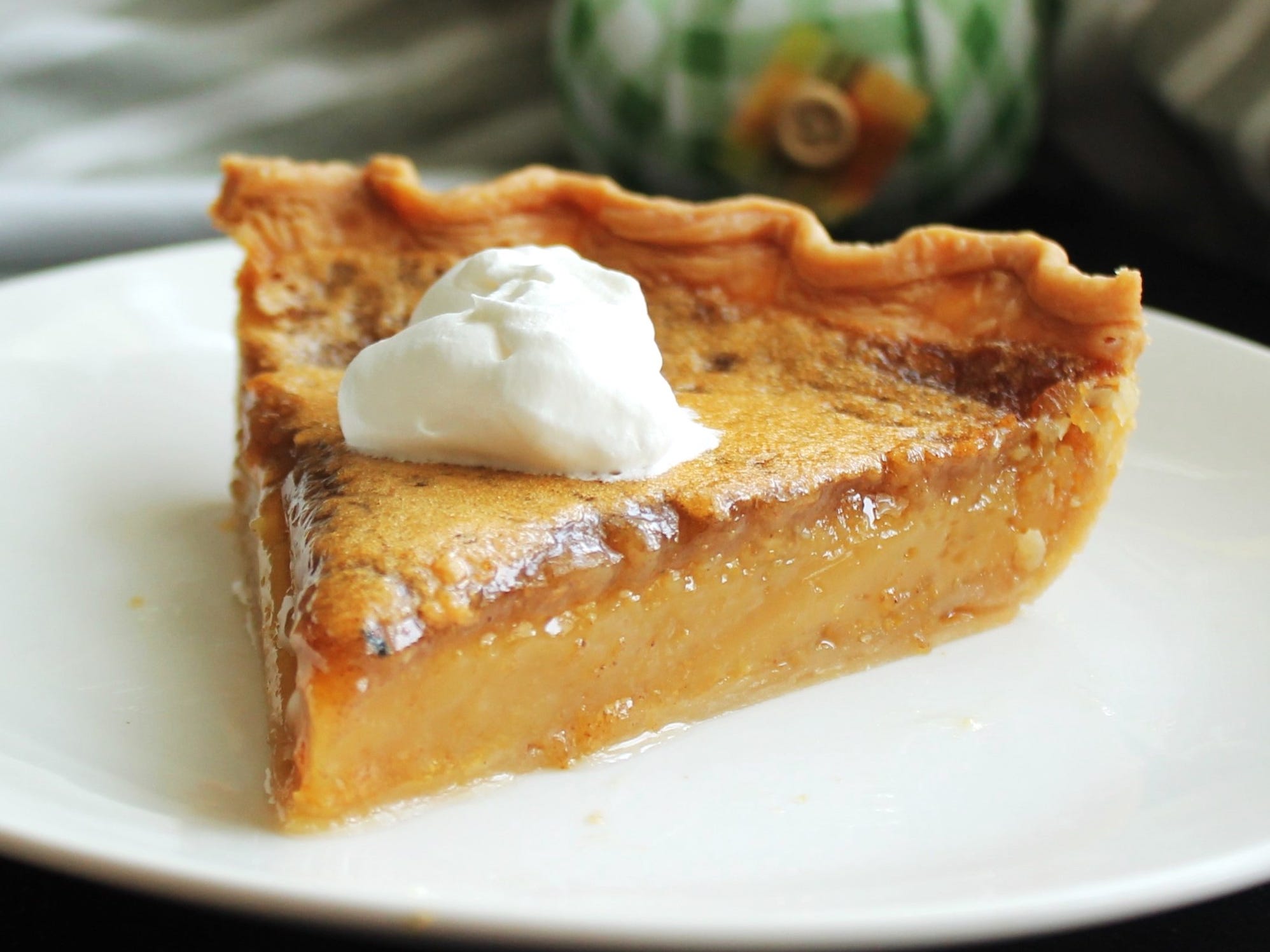 Mari Katsumura, the executive chef and pastry chef at Yūgen in Chicago, told Insider that she loves making the maple-browned butter pie from Tandem Bakery in Portland, Maine.

“I made this several times during the first few months of lockdown, and now it’s my new favourite pie recipe,” Katsumura said. “It has a delicious whole wheat flaky crust that I like to substitute with rye flour. And the filling is like the perfect balance between creme brûlée and gooey butter cake.”

You can find the full recipe for Tandem Bakery’s maple-browned butter pie here, and an adaptation by My Recipe Reviews here.

If you’re looking for something simple but satisfying, you can never go wrong with sugar cookies. 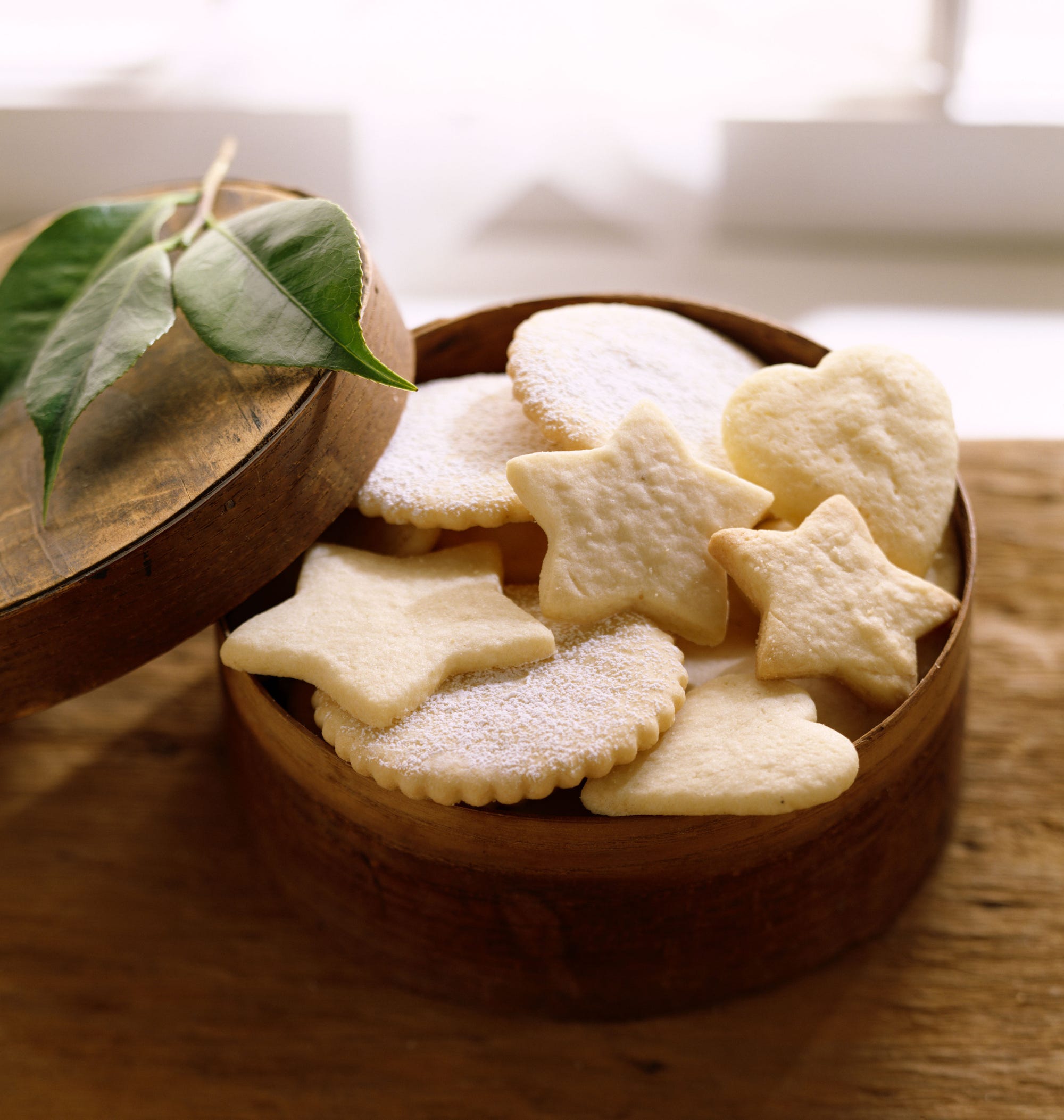 Why should sugar cookies only be enjoyed at Christmas? Lauren Terrill, the executive pastry chef at Sepia in Chicago, also loves whipping them up in November.

“It’s really easy – just butter, sugar, flour, and there’s usually a touch of white vinegar in there to help everything come together,” she told Insider. “It comes together in the mixer in five minutes, assuming your butter is soft.”

“You don’t want any colour in them, so maybe six minutes in the oven – typically at 350 degrees Fahrenheit,” Terrill said. “Then you can take the time to decorate them.”

“It’s so basic,” she added. “But it’s a classic for a reason. I always have cookies for both Thanksgiving and Christmas – it’s very important to me!”

Or whip up an easy but yummy mochi cake. 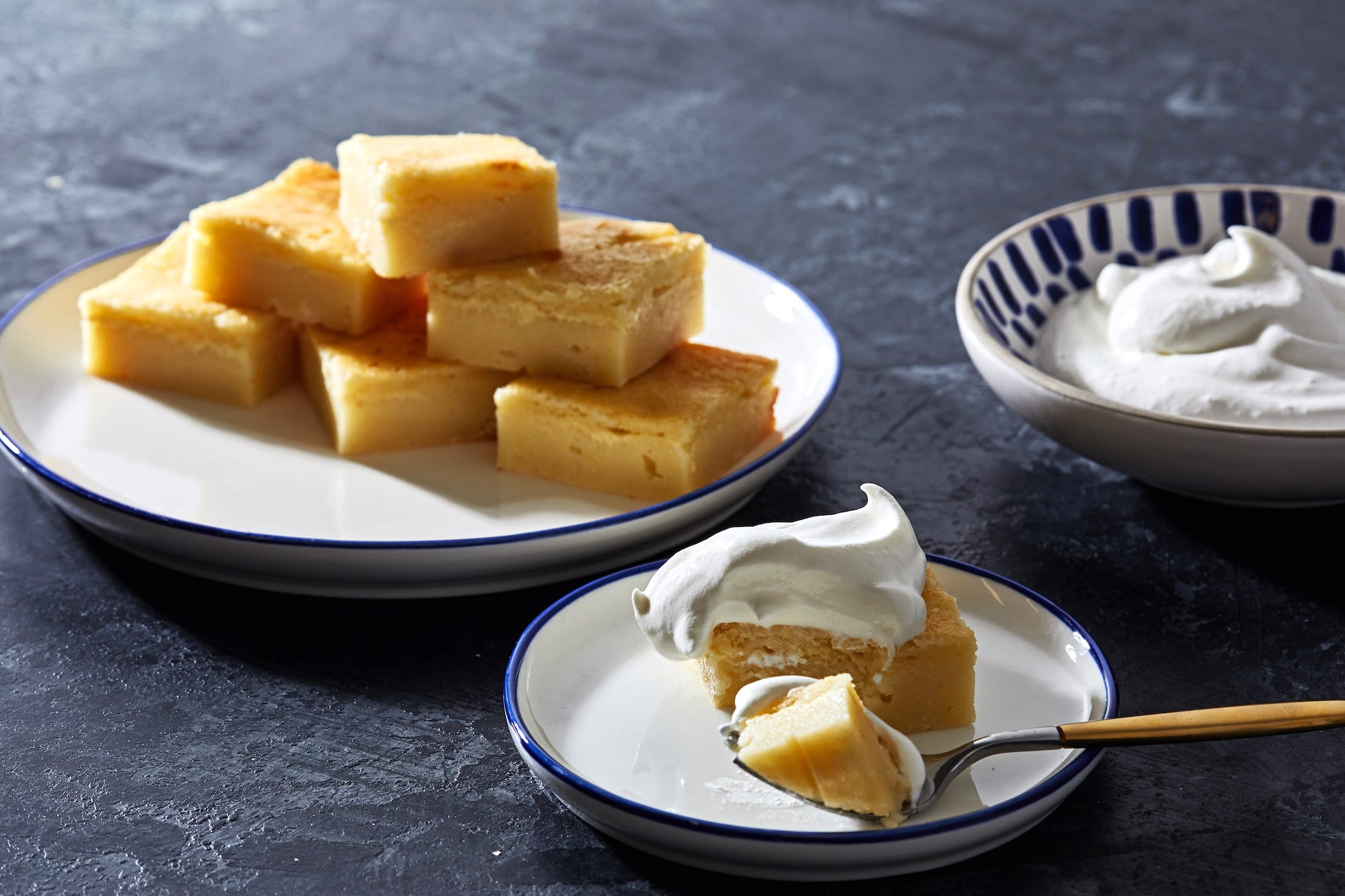 Stacy Zarin Goldberg for The Washington Post via Getty ImagesA mochi cake can add something new to your usual Thanksgiving staples.

Beverly Kim, who runs Parachute in Chicago, told Insider that she often makes her mother’s mochi walnut cake for the holidays.

Mix everything together, then just pop it in the oven at 375 degrees Fahrenheit for 45 minutes.

Chocolate never lets you down, so why not have it on Thanksgiving too? 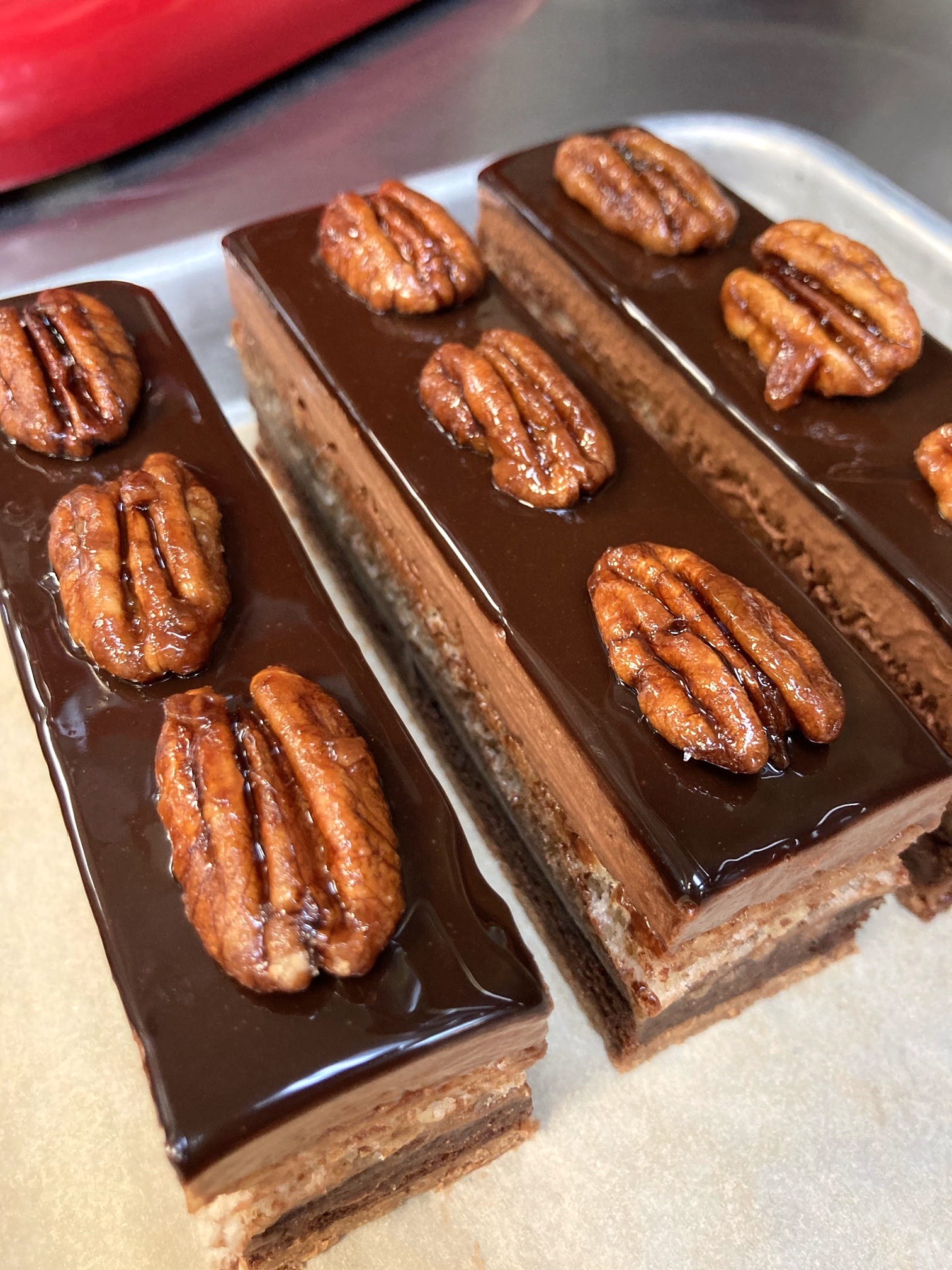 Suzette Gresham, who runs Acquerello in San Francisco, is a huge fan of these chocolate desserts made by her head pastry chef Karla Marro.

“As elegant and yet challenging as this dessert appears, once the components are made it’s just a simple act of compiling them,” Gresham said.

And if you’re in the Bay Area, you can order and pick upMarro’s ready-made treats during Thanksgiving week.

Craving something savoury instead of sweet? These cream puffs filled with butternut squash will hit the spot. 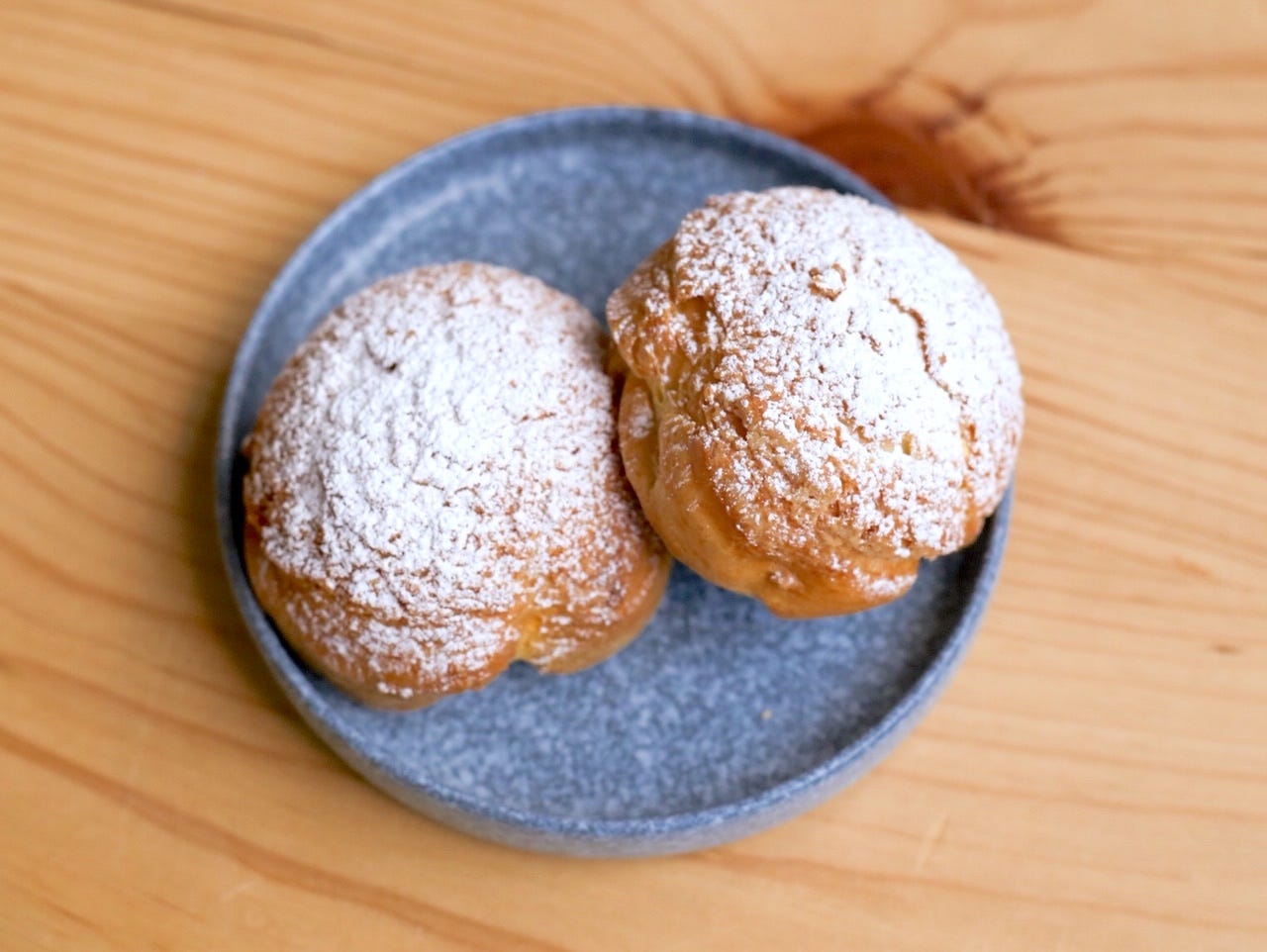 Kim serves these cream puffs at Parachute and calls them “to die for.”

To make the squash cream, you’ll need two to three squashes – Kim recommends kabocha, a type of round winter squash also known as Japanese pumpkin that tastes like a cross between a pumpkin and sweet potato – 2 cups of light brown sugar, 1 teaspoon of vanilla paste, 1 quart of heavy whipping cream, and 6 sheets of gelatin.

Start by cutting the squash in half and removing the seeds. Cover the flesh with aluminium foil and roast it for 30 minutes. Then scoop the flesh out while it’s still warm and throw it into a food processor.

Add the brown sugar and vanilla paste and continue processing for a few minutes until the squash purée is “smooth and no visible lumps remain,” Kim said.

Then strain your purée into a saucepan and reheat it, adding the hydrated gelatin sheets when it’s just under boiling. Stir until the gelatin has completely melted into the purée, then spread your mixture onto a sheet pan and put it in the fridge.

Whip your heavy cream into soft peaks. Once your squash purée is cool to touch, fold it into the whipped cream and put it back into the fridge for 15 minutes. Then just pipe the mixture into your buns.

If you want a taste of pumpkin alongside other classic flavours, you might be a fan of Daniel Boulud’s Super Pie. 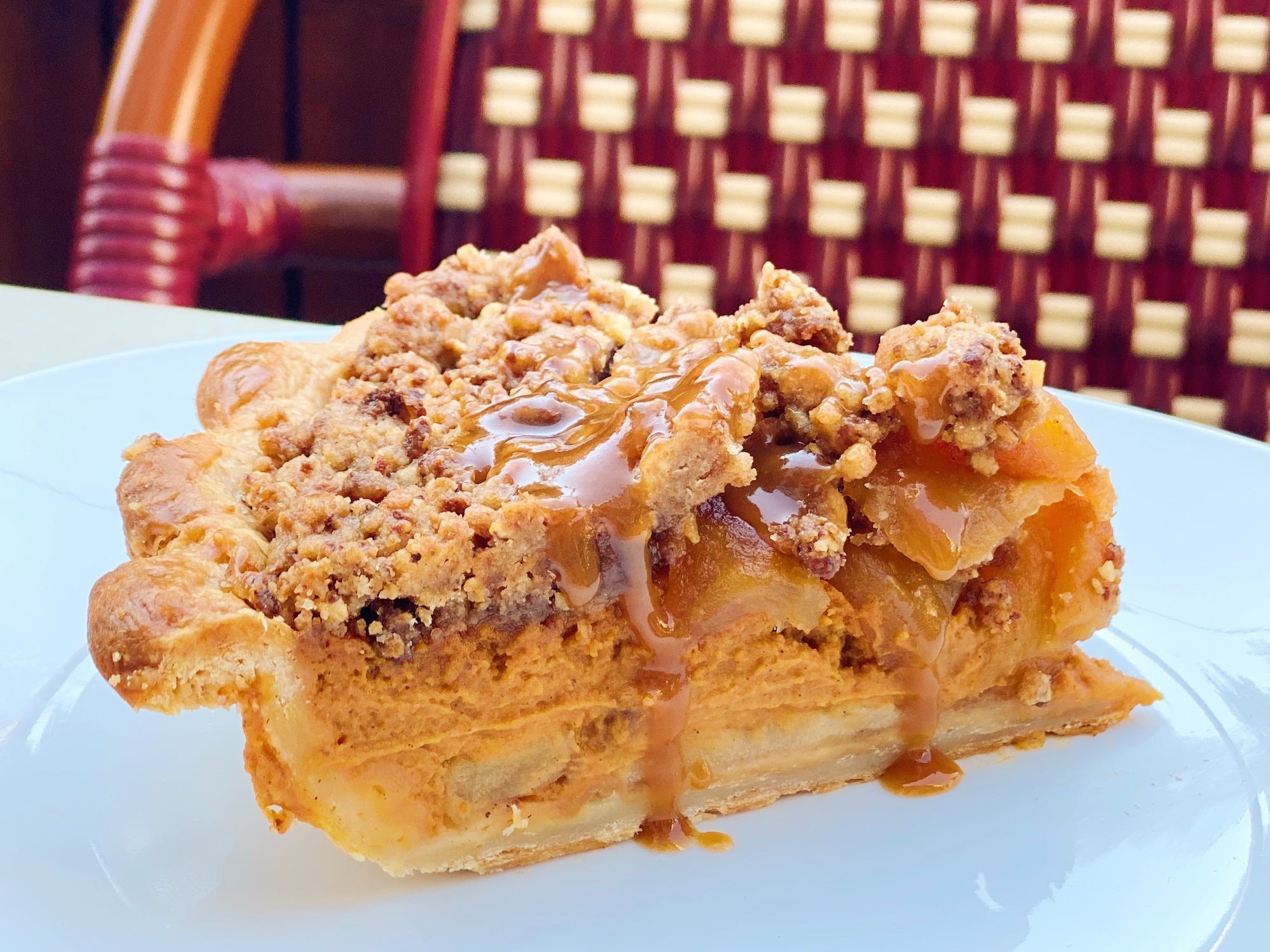 “This Thanksgiving, I wanted to do something fun and creative to combine all the holiday favourites into one pie,” the legendary chef and restaurateur told Insider. “Rather than have a slice of apple, pecan, or pumpkin pie, better to have them together in our delicious Super Pie.”

Boulud’s $US48 Super Pie is available for purchase and can be picked up at Épicerie Boulud in New York City until the Wednesday before Thanksgiving.