More than 2.8 million Texans are without power as the state battles an unprecedented winter storm 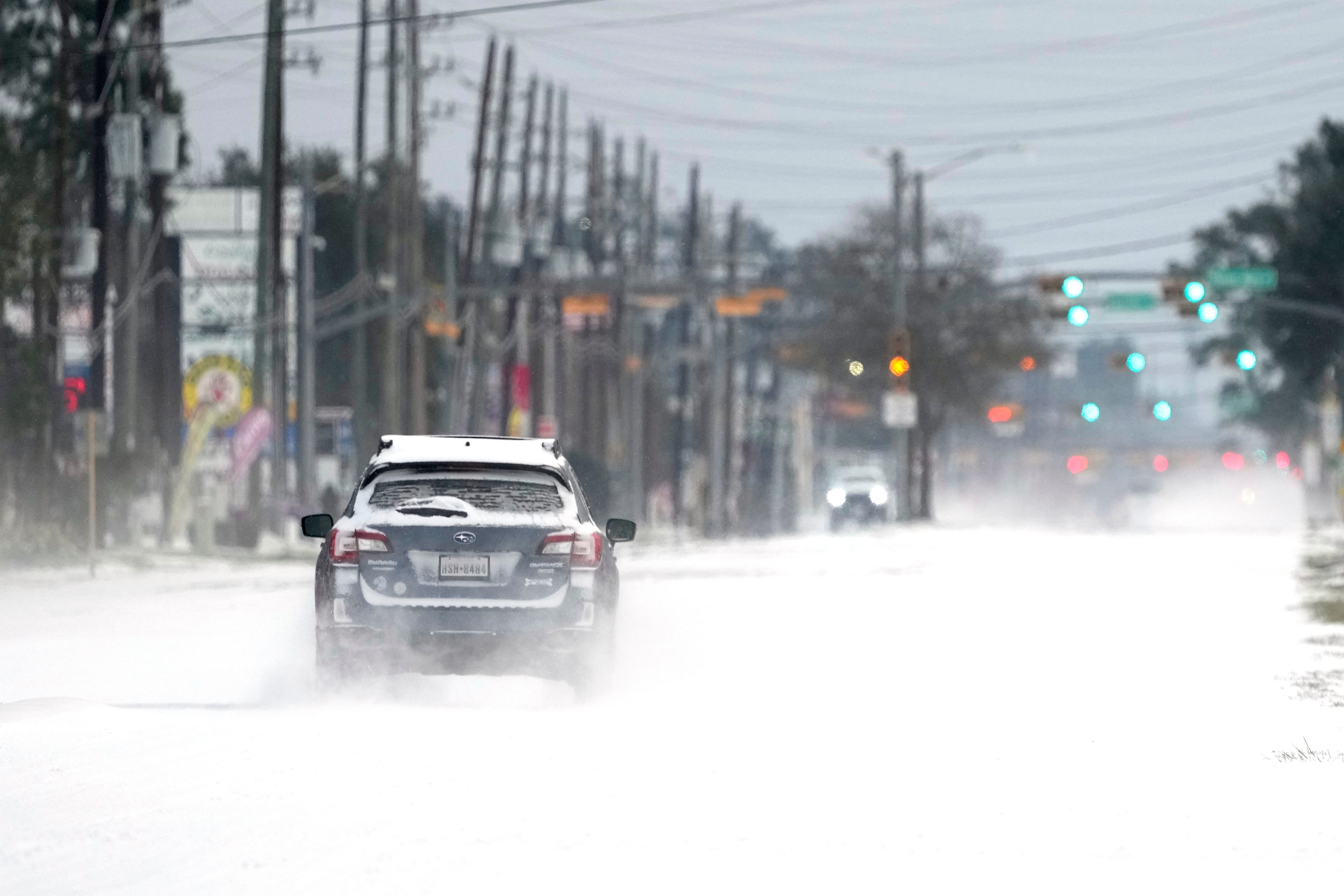 Texas is experiencing an unprecedented winter storm that has prompted rolling power cuts and made the White House declare an emergency.

The Electric Reliability Council of Texas (ERCOT) started rolling blackouts across the state early Monday. At least 2.8 million Texans had experienced power outages as of 2 p.m. local time, according to PowerOutage.us.

The outages extend beyond Texas: Southwest Power Poll, an electrical provider that span 14 states including Texas, ordered rolling power outages on Monday afternoon across its region to protect its grid.

Oncor, a major Texas power provider, tweeted early Monday that the “supply of electricity is lower than demand. It is possible to experience multiple outage rotations.” Oncor initially told Texans to expect to lose power for 15 to 45 minutes, but that has now been “significantly extended,” it tweeted to customers. Some have been without power for hours amid freezing temperatures.

“This event was well beyond the design parameters for a typical, or even an extreme, Texas winter that you would normally plan for,” he said. 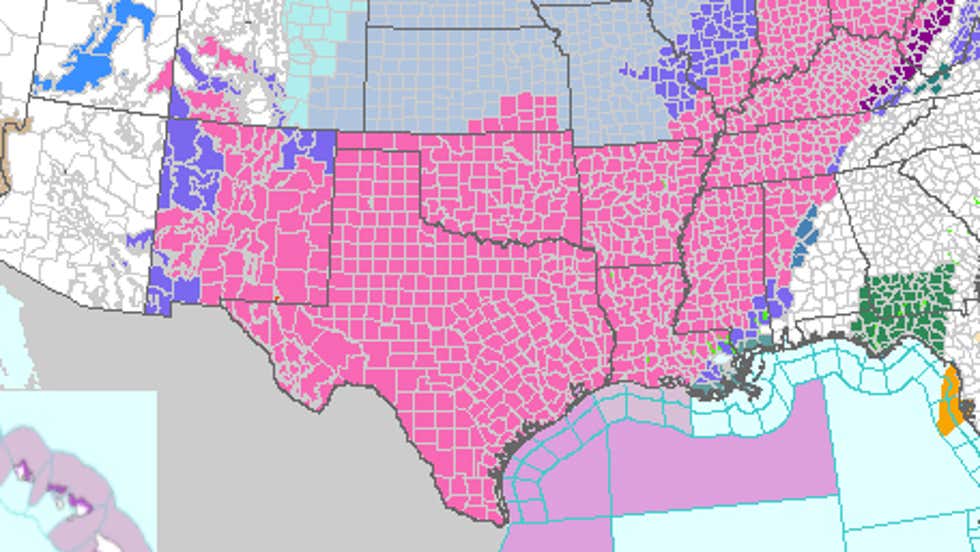 NOAAAll 254 counties in Texas were under a National Weather Service winter weather advisory on February 14, 2021.

The National Weather Service (NWS) in Texas warned on Twitter early Monday that wind chills between minus 10 and minus 15 degrees Fahrenheit were expected across parts of south-central Texas. The temperature at its base had reached minus 2 degrees Fahrenheit, the coldest recorded in 32 years, it tweeted.

“We’re living through a really historic event going on right now,” Jason Furtado, a professor of meteorology at the University of Oklahoma, told the Associated Press.

At least 1,600 flights at Dallas/Fort Worth International and Bush Intercontinental airports in Texas were cancelled Monday morning.

On Sunday, all 254 Texas counties were under a winter weather advisory.

A state of emergency

On Friday, Gov. Greg Abbott issued a disaster declaration for all 254 Texan counties, the first time that has ever happened.

“This will be probably more snow over a larger swath of land to a higher degree than ever before in Texas history,” Abbott said on Friday, according to The Texas Tribune.

At least six people died after 130 vehicles were involved in a pile-up on the ice-covered I-35 near Fort Worth on Thursday.


Read more:
Bill Gates interview: The breakthrough technologies that will solve climate change, how to fund them, and what Biden can do to help

On Sunday, President Joe Biden declared a state of emergency, which gave Texas federal aid for mass care and sheltering.

The Department of Energy also issued an emergency order on Monday allowing Texas power plants to produce as much electricity as possible to help with the power outages despite pollution violations. The order expires on Friday.

When Hurricane Harvey, a Category 4 storm, made landfall in Texas four years ago, 393,000 Texans lost power, according to the Weather Channel â€” a fraction of Monday’s figure.