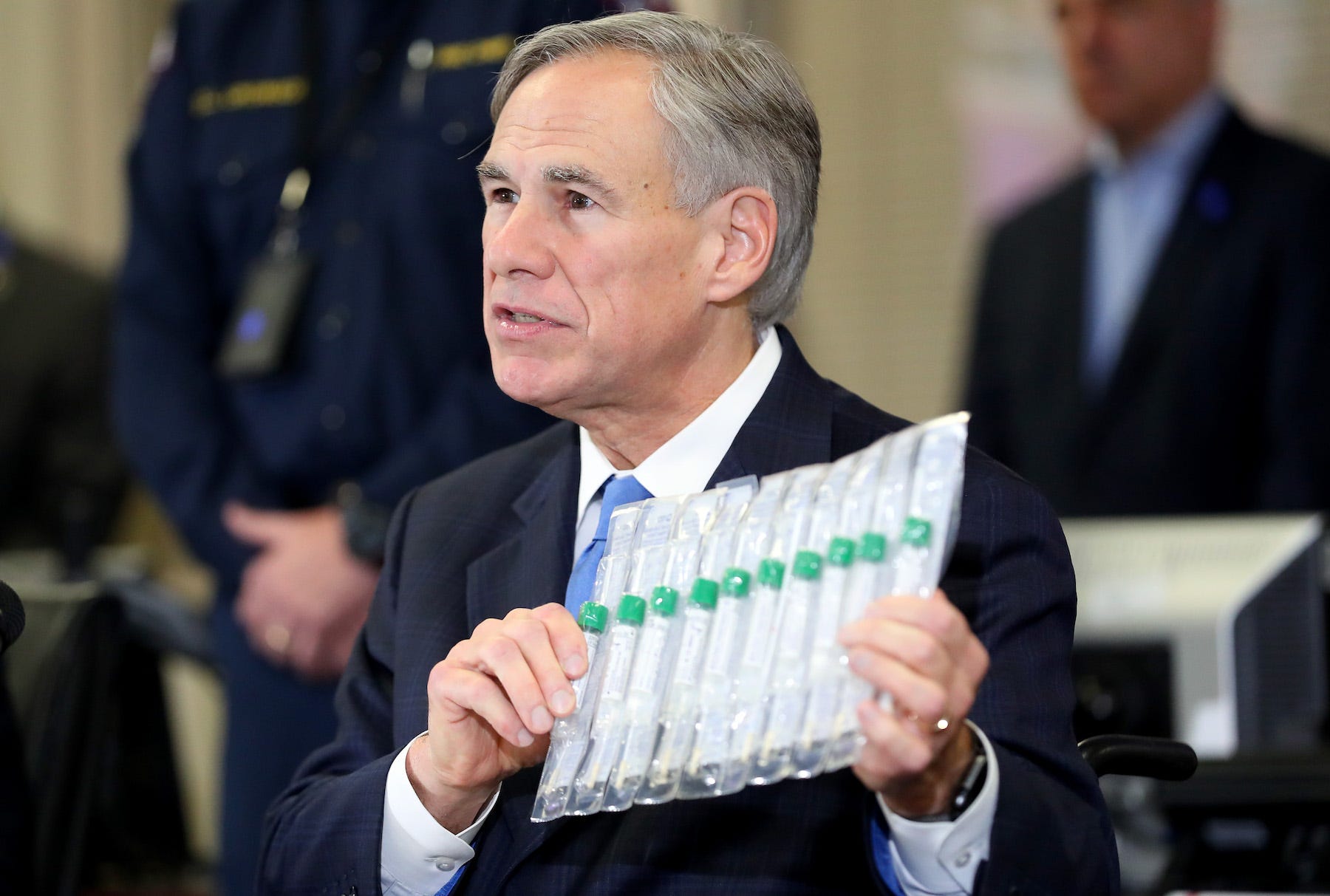 Texas Gov. Greg Abbott announced on Thursday that he would pause the state’s reopening plan as coronavirus cases and hospitalizations continue to surge.

Businesses that have already reopened can continue to operate with limited occupancy, he said.

“The last thing we want to do as a state is go backwards and close down businesses,” Abbott said in a statement. “This temporary pause will help our state corral the spread until we can safely enter the next phase of opening our state for business.”

BREAKING: Texas @GovAbbott is putting any further reopening of the state's economy on hold. pic.twitter.com/lBr6LwU5gq

Texas was one of the first states to start reopening from coronavirus lockdowns in early May, allowing many businesses to reopened at reduced capacity. The state has since seen a surge in cases.

It was not immediately clear which businesses would be affected by the pause, but Abbott ordered hospitals in some hard-hit counties to again postpone elective procedures to make room for COVID-19 patients.

On Tuesday alone, 5,489 new cases were reported in the state. Abbott described it as a “massive outbreak,” and Dr. Peter Hotez, an infectious-disease expert in Houston who’s working on developing a COVID-19 vaccine, said it was “absolutely horrifying.”

The number of people hospitalized in ICUs is so high that some facilities have been forced to move patients elsewhere, The Texas Tribune reported on Thursday.

In the past two weeks, coronavirus hospitalizations in Texas have repeatedly hit record highs. As of Thursday morning, 4,739 people were hospitalized, according to The Tribune.

Earlier this month, Abbott blamed the outbreak on young people and chastised those who flouted social-distancing guidelines and refused to wear a mask.

Over the weekend, the Texas Alcoholic Beverage Commission said it had suspended the licenses of a dozen bars that failed to adhere to restrictions designed to curb the spread of infection, KSAT reported.

On Thursday, Abbott once again urged residents “to do their part” in slowing the spread by wearing a mask, washing their hands regularly, and social distancing.

Unlike some other governors, though, Abbott hasn’t issued an order mandating that people wear masks in public.

As of Thursday, more than 131,000 people in Texas had been diagnosed with COVID-19, according to The New York Times.

Texas is not alone in seeing rising coronavirus cases. Florida, which was also among the states to reopen early, has also seen a surge. In recent weeks, hospitals in the state have reported that their ICUs are at capacity with COVID-19 patients.

On the other side of the country, California, the first state to implement a stay-at-home order, has also reported record highs in new coronavirus cases. Gov. Gavin Newsom said on Wednesday that California had completed over 1 million tests in the past two weeks. He added that the positivity rate was 5.1%, up from 4.6% the previous week.