Josh HuskinSharon Arteaga and Dylan Welch of Corpus Christi, Texas, got married at Whataburger this past Valentine’s Day.

If you could have your wedding at your favourite local fast-food spot, would you?

This past Valentine’s Day, Whataburger organised and paid for six couples across Texas to tie the knot at various Whataburger locations.

Sharon Arteaga and Dylan Welch of Corpus Christi, Texas, won the grand prize and got married at their local Whataburger, the chain’s flagship location by the bay, free of charge.

The big day featured a few unique surprises like a decked-out Whataburger-themed Ford Shelby Cobra for the getaway car, an onion ring bearer, and free Whataburger meals during the orange-and-white-themed reception.

Here’s how the couple met, fell in love over meals from Whataburger, and celebrated their big day in the most Texan way possible.

Sharon Arteaga and Dylan Welch met through mutual connections at the University of Texas at Austin and started dating after sharing a dance and some Whataburger. Josh HuskinSharon Arteaga and Dylan Welch of Corpus Christi, Texas, at their wedding.

After meeting at the Sahara Lounge in Austin, they decided to grab a bite at Whataburger afterward. From there, the couple’s love of the chain grew – and so did their love for each other.

Arteaga told Insider that many “big life decisions” between the couple were made during time spent in the Whataburger drive-through. Josh HuskinSharon Arteaga and Dylan Welch of Corpus Christi, Texas, at their wedding.

“The Whataburger near my now-husband’s house at the time is a very busy one, so we spent time in the drive-through getting to know each other at first in the early days of us dating, but then over time we had more serious conversations,” Arteaga said.

“We talked about how we would want to raise future children together and got on the same page about a lot of things during late-night conversations at Whataburger.”

When it came to incorporating Whataburger into their wedding, it was somewhat of a family tradition for Arteaga. 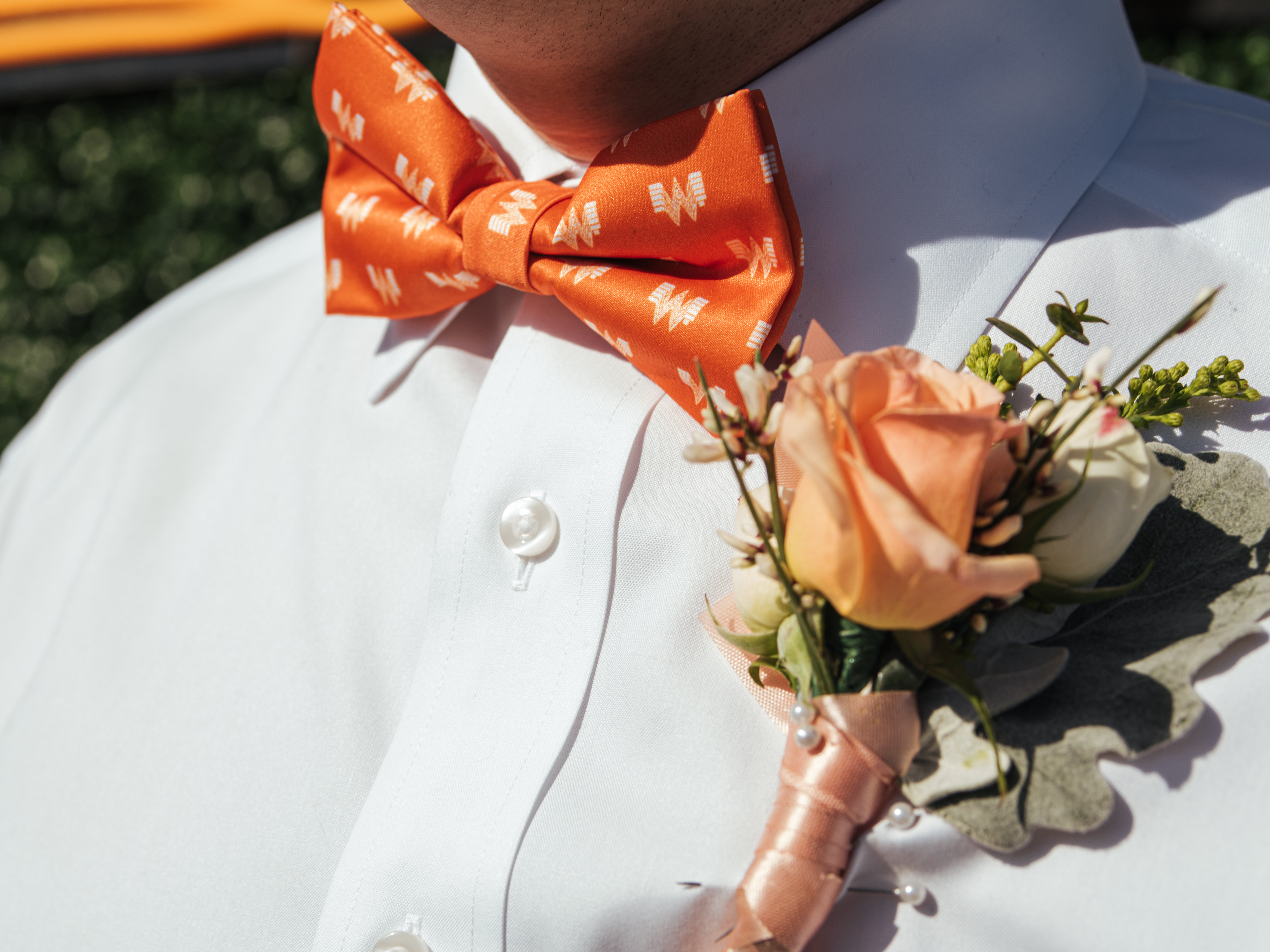 Arteaga told Insider that her older sister had her rehearsal dinner at the same Whataburger where Arteaga and Welch tied the knot. Arteaga’s younger sister also finished her wedding night off with a family trip to Whataburger at 3 a.m.

The all-expenses-paid wedding was a way for the couple to afford a memorable, one-of-a-kind celebration. Josh HuskinArteaga and Welch at their wedding.

Arteaga told Insider that since weddings are typically paid for by the bride’s family, she entered the contest in order to alleviate a lot of the stress of paying for and planning their wedding.

Surprisingly enough, no one objected to attending a wedding at the local fast-food establishment. 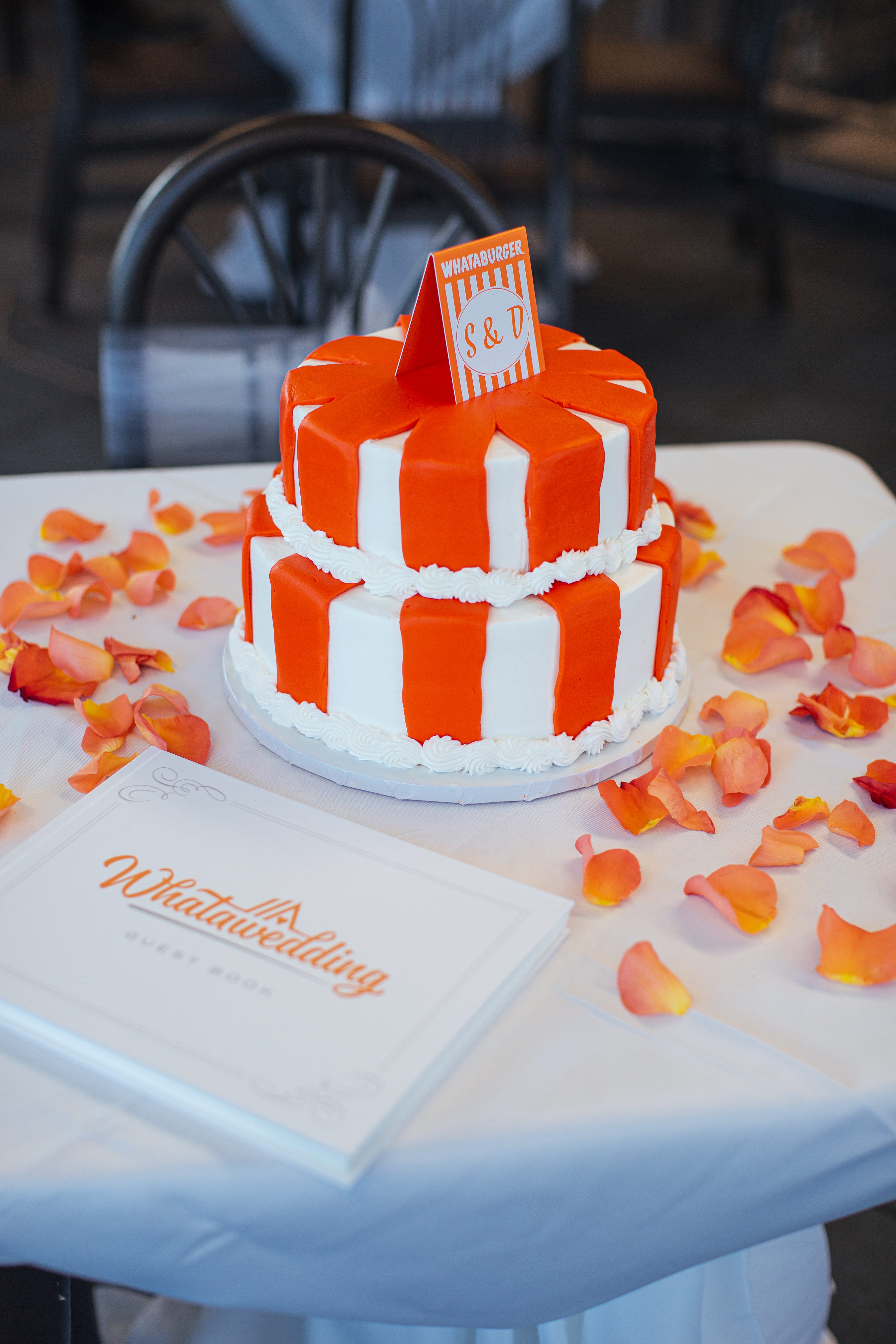 “We thought we were going to get mixed reactions, but every single person we spoke [to] thought it was the most amazing thing, or that they were so jealous. They were completely down for it,” Arteaga said.

Plus, since the couple got married at Whataburger’s flagship location, the ceremony wasn’t in your average dining room.

“We got married on the balcony which had a view of the Corpus Christi bay. I just loved that it was a beautiful day and we could see that,” Arteaga said.

Whataburger took care of every detail, from the cake to the decorations, but was happy to listen to the couple’s special requests as well. 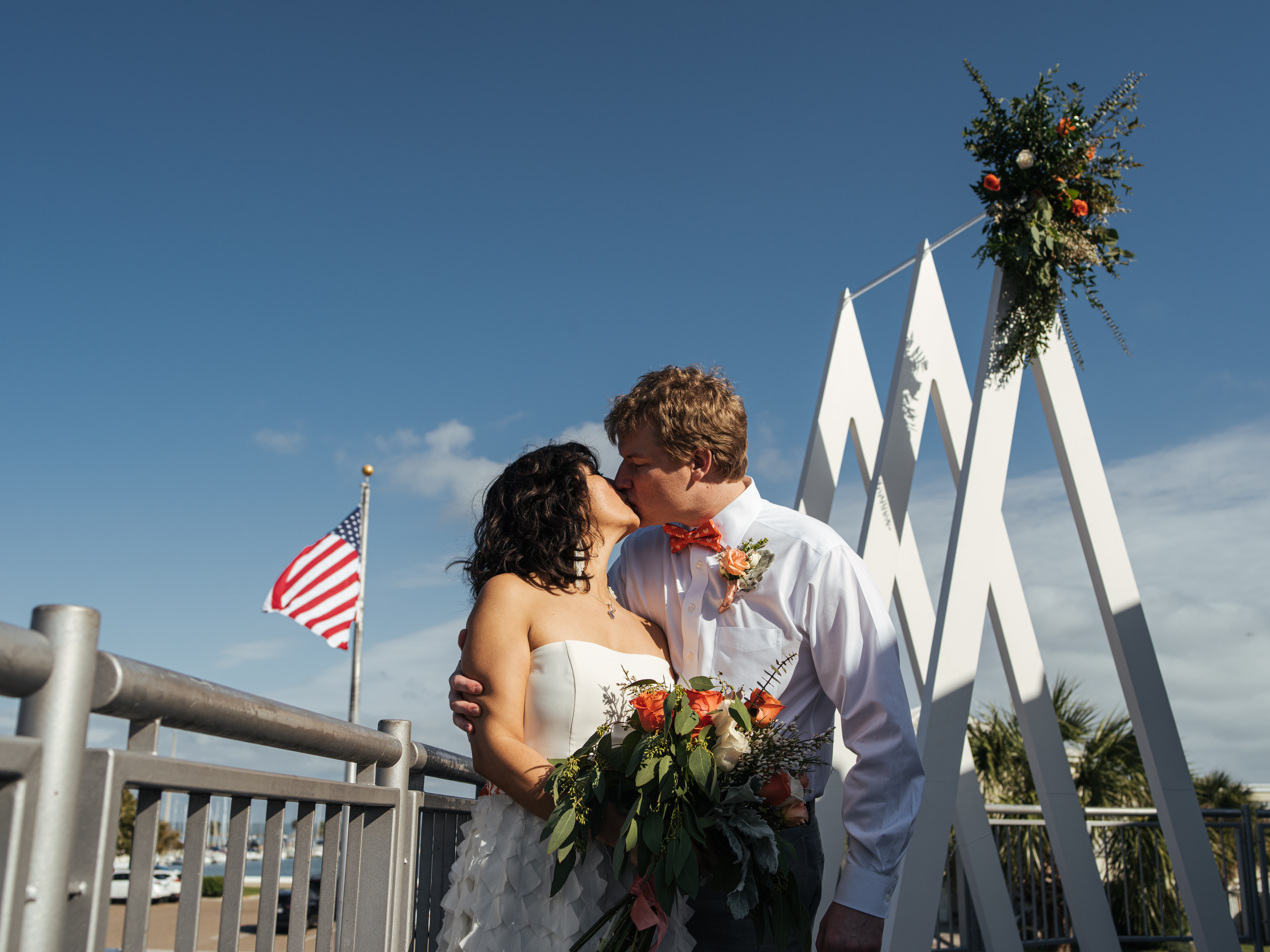 “We let them do as much of what they wanted to do as possible. That was one of the best parts of having someone else put on our wedding for us,” Arteaga said.

“We kept a lot of what we did ourselves to a minimum, but we did tell them we wanted an onion ring bearer,” Arteaga said. Josh HuskinDylan Welch and his nephew, the onion ring bearer.

As Arteaga walked down the aisle and exchanged her vows with Welch, a live stream on Whataburger’s YouTube channel captured the entire day and every adorable moment, including a cameo by Welch’s nephew, the onion ring bearer.

“We also asked if it would be alright for us to have flower girls. We wanted them to throw flower petals out of french fry cartons,” Arteaga said.

The heartfelt details didn’t stop there, however.

“Since we were at the flagship location, they also secured a vintage Shelby Cobra for us, and so we asked for an actual send-off,” Arteaga said.

The bride’s favourite part of the day was their send-off, complete with a fun bubble exit. 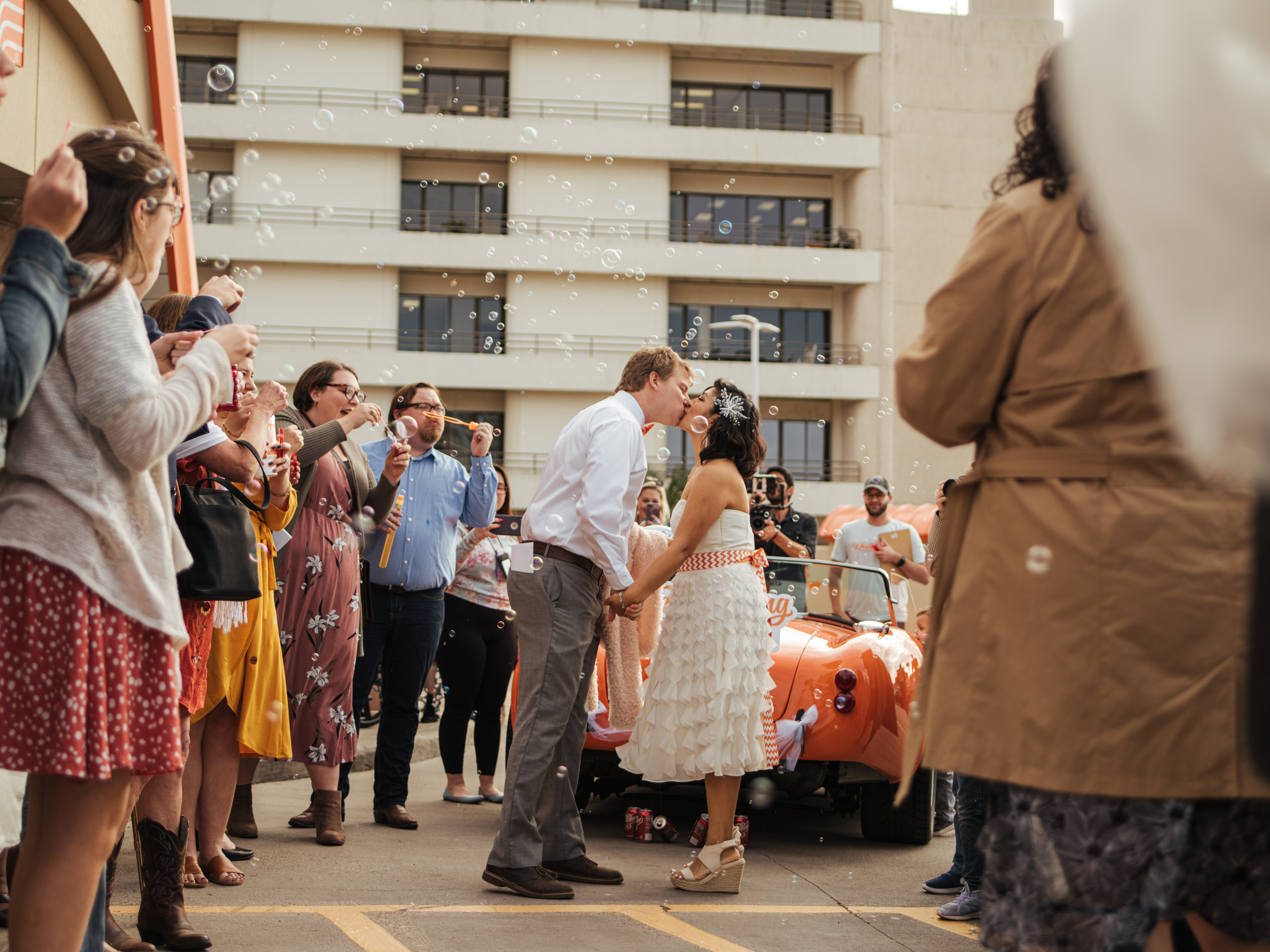 “I really enjoyed that, especially since the vintage car wasn’t even advertised as part of the official contest prize,” Arteaga said.

As winners of the grand prize, Arteaga and Welch also received a $US5,000 check towards their honeymoon. The newly married couple is still deciding where to go for their honeymoon, but says they’re looking for a place with “great wine and cheese.”

While Arteaga and Welch are sure to enjoy the finest foods during their honeymoon, they will always love their go-to orders at Whataburger. So what are their favourite orders?

“I know that Dylan’s is a number one with cheese and no onions, and I always go for a hamburger with no cheese, no onions, and a chocolate shake,” Arteaga said.