Texas has overtaken California as the state with the most COVID-19 infections. It has recorded more than 950,000 cases since the pandemic began. 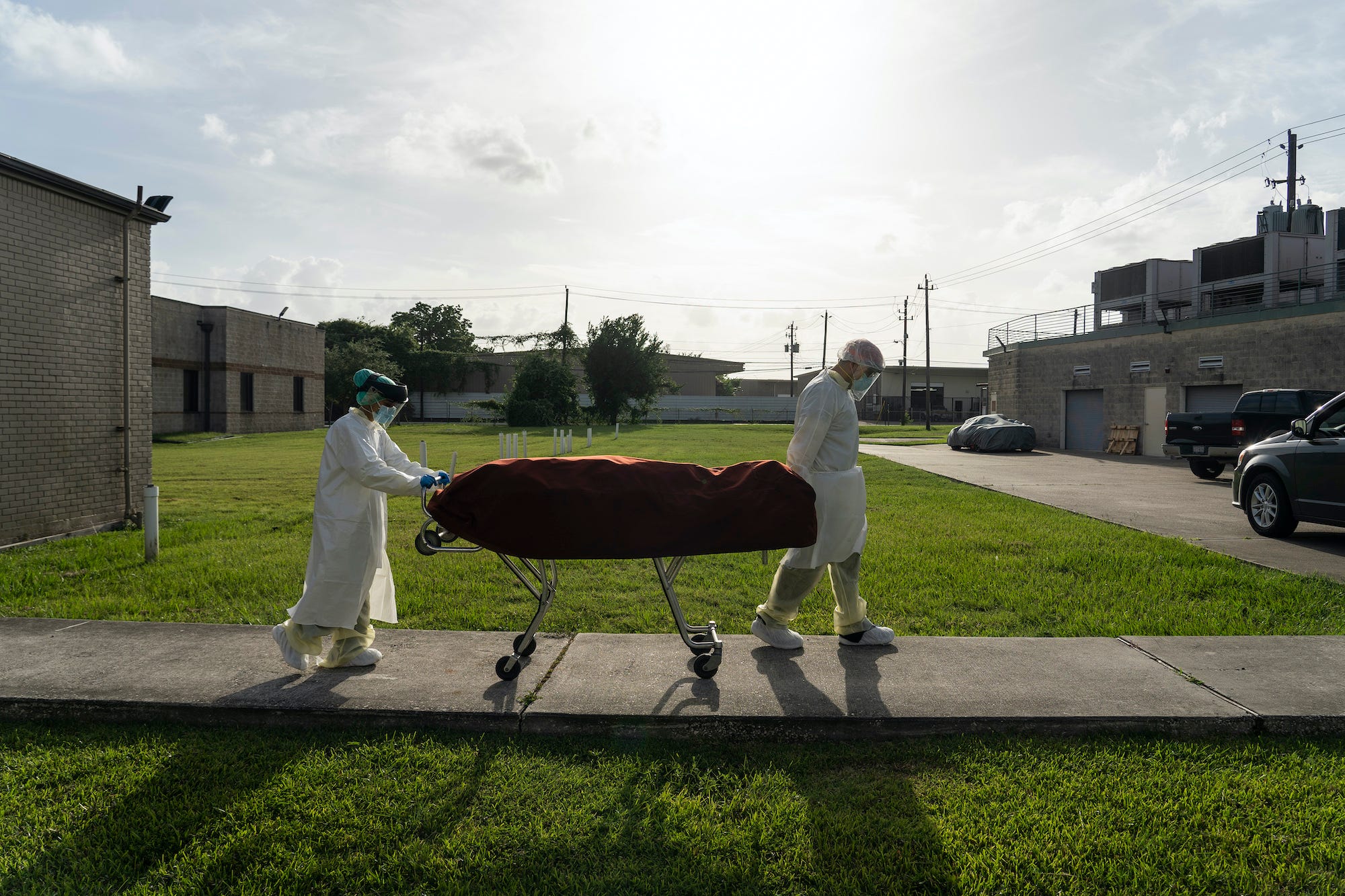 Go Nakamura/Getty ImagesMedical staff wearing full PPE push a stretcher with a deceased patient to a car outside of the Covid-19 intensive care unit at the United Memorial Medical Centre on June 30, 2020 in Houston, Texas.

Texas overtook California as the US state with the most COVID-19 cases on Saturday, despite its much smaller population.

On Saturday evening, Texas’s total number of recorded COVID-19 cases since the pandemic began ticked up to 931,750, compared to 931,740 cases in California, according to data collected by Johns Hopkins University.

Since September, Texas has added many older cases onto the statewide tally that were backlogged at commercial laboratories, the Times reported.


Read more:
Meet the 24 most powerful people who have Trump’s ear on healthcare as the president runs for re-election

Texas has already passed California’s death toll, too. On Monday, Texas’ tally of COVID-19 deaths reached 18,582. In California, 17,671 coronavirus deaths have been recorded.

California had been the state with the most infections since mid-July, when it surpassed New York, according to data from Johns Hopkins University.

The number of hospitalizations and deaths attributed to COVID-19 are on the rise in Texas, according to an analysis of state data by the Texas Tribune. On November 1, about 5,700 Texans were hospitalized with the coronavirus, nearly 500 more than the week before.

Overall, more than 9.2 million people have been infected with COVID-19 in the US, and at least 231,000 have died â€” the highest death toll of any country in the world.