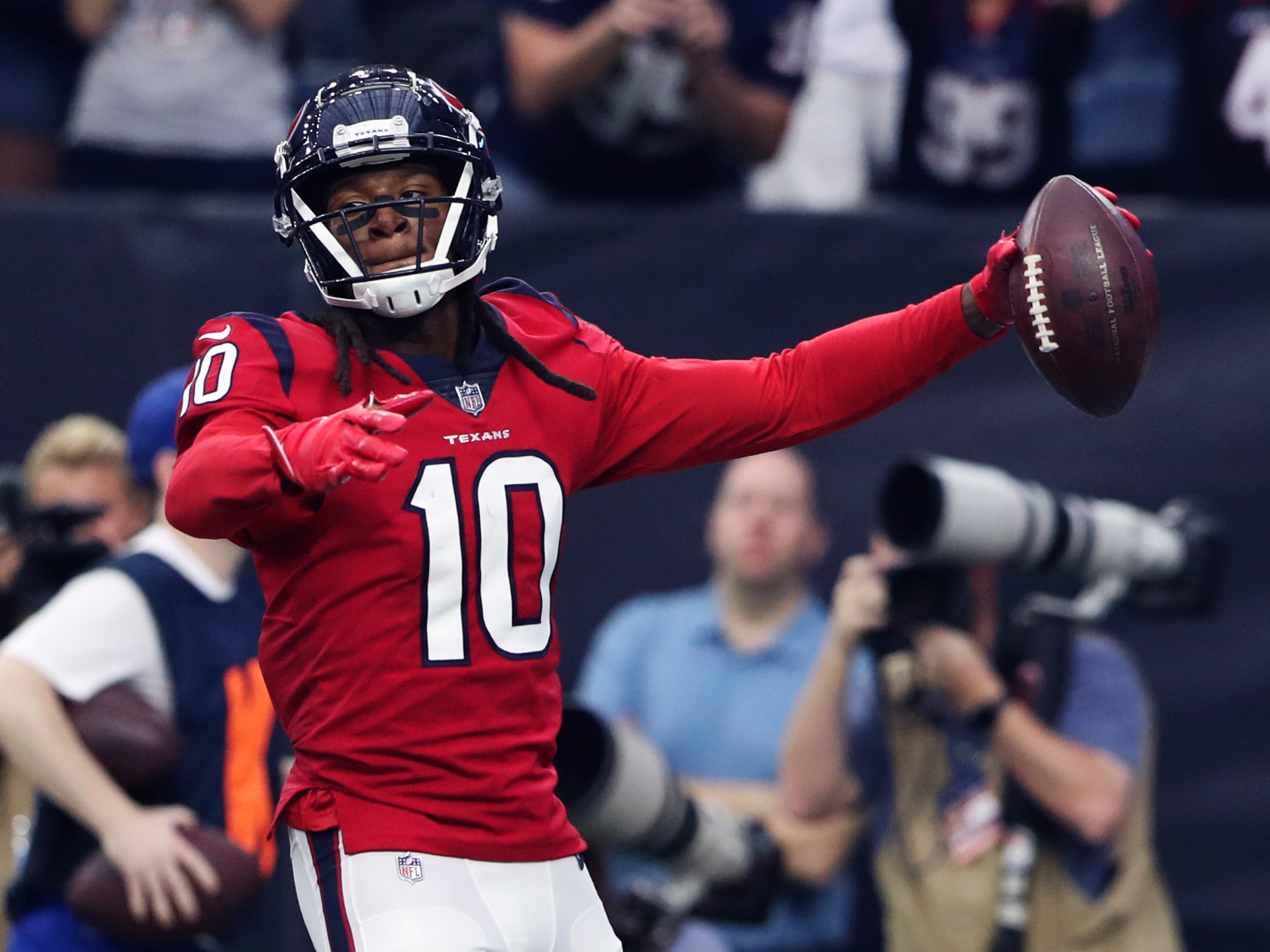 Kevin Jairaj-USA TODAY SportsIt feels like the Houston Texans’ lack of a true general manager to steer the ship might be coming back to bite them.

In the first truly shocking move of the NFL offseason, the Houston Texans have reportedly agreed to trade superstar wide receiver DeAndre Hopkins to the Arizona Cardinals in exchange for next to nothing.

As Ian Rapaport of NFL Network explained, the move serves as something of a salary dump for the Cardinals, who now get to ship away a running back that had already lost the starting job and was set to make roughly $US20 million over the next two seasons in Arizona.

In exchange, they get one of the most dynamic receivers in the league, giving second-year quarterback Kyler Murray his most dangerous weapon to date.

From @nflnetwork: The #AZCardinals found a taker in RB David Johnson… and get WR DeAndre Hopkins, as well. pic.twitter.com/sQsEklAhWr

On the Texans side, it’s a bit more difficult to square the maths. Hopkins is one of the most game-changing receivers in the NFL and would have cost the team just a few extra million to keep on the roster. Instead, they shipped him off in favour of a second-round pick and a slightly cheaper deal on a running back whose best days seem clearly behind him.

Imagine making a trade where you could have paid DeAndre Hopkins $12.5M this year, but instead you’re choosing to pay David Johnson $11.25M.

The jarring deal comes with a bit of added drama due to the Texans’ lack a true general manager, with head coach Bill O’Brien serving as the de facto final word on personnel decisions.

While this set up has brought the Patriots and their head coach/general manager Bill Belichick great success, it’s a difficult tightrope to walk.

On Twitter, fans were quick to question the decision.

whenever you get the chance to trade the best WR on earth for the most replaceable position in sports, you gotta take it.

David Johnson for DeAndre Hopkins would get vetoed in most fantasy leagues with the team managers barred for life.

What a day for the Cardinals.

There have been some other surprising moves to start off the NFL offseason. Ryan Tannehill and Kirk Cousins both received impressive extensions on their deals with their respective teams, and we still don’t know how Tom Brady’s first foray into free agency will end up.

But regardless of what happens next, it’s tough to imagine a deal more baffling that Hopkins departure happening in the coming days.

The NFL and its players are in a battle over starting free agency during the spread of coronavirus, and both sides are furious