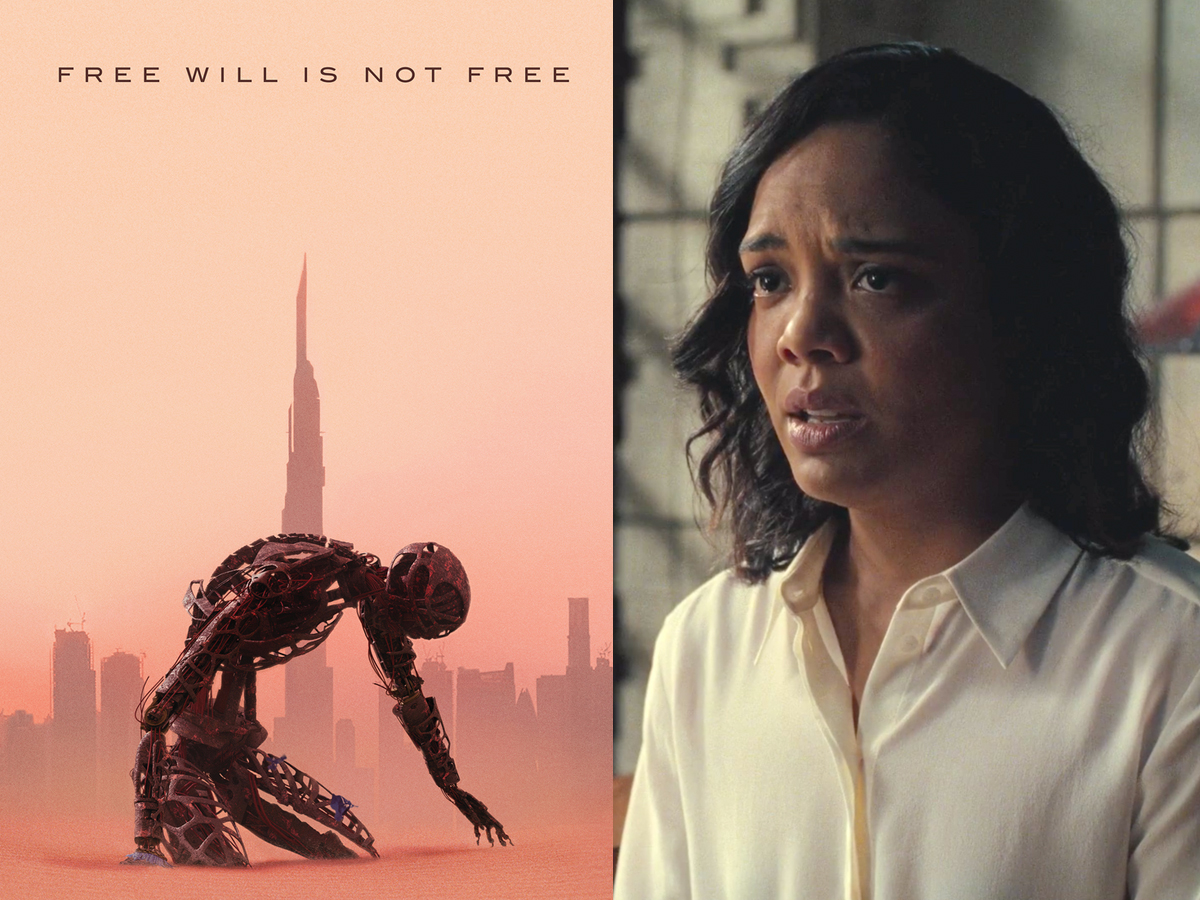 HBOThe tag line for season three of ‘Westworld’ is ‘free will is not free.’

HBO’s newest season of “Westworld” comes with an ominous tag line: “Free will is not free.”

When speaking with “Westworld” star Tessa Thompson, who plays the complicated “Chalores” this season, Insider asked what she thought that tag line meant for her character.

“Oh God. Well, one thing Evan [Rachel Wood] and I spoke about a lot is this idea of how revolution is messy,” Thompson said. “And I think we’re in a time when we talk about what’s happening for women, movements like Time’s Up or #MeToo. If there was one cautionary thing people like to point out, it’s the casualties that have happened inside of this time.”

“I would say that exists in every revolution and it’s necessary,” Thompson continued. “I think that’s something that is talked about in this show.”

How the cost of free will for ‘Chalores’ is community

This season, Thompson plays one of five versions of Dolores. Her character, who Thompson says we can call “Chalores,” is impersonating the Delos executive Charlotte Hale. According to Thompson, there’s a “hierarchy” when it comes to the original Dolores and all her copies.

“I think personally for ‘Chalores’ one cost is her free will. Her maker is Dolores and she’s inside this space where she is serving her until that is hard because of everything that she’s contending with,” Thompson said. “Then she also realises that inside of this mould, where there are many of them, there’s also a hierarchy of which of them is most important.”

Thompson says the original Dolores (played by Evan Rachel Wood) considers herself to be the most important. But what about the other Dolores copies? 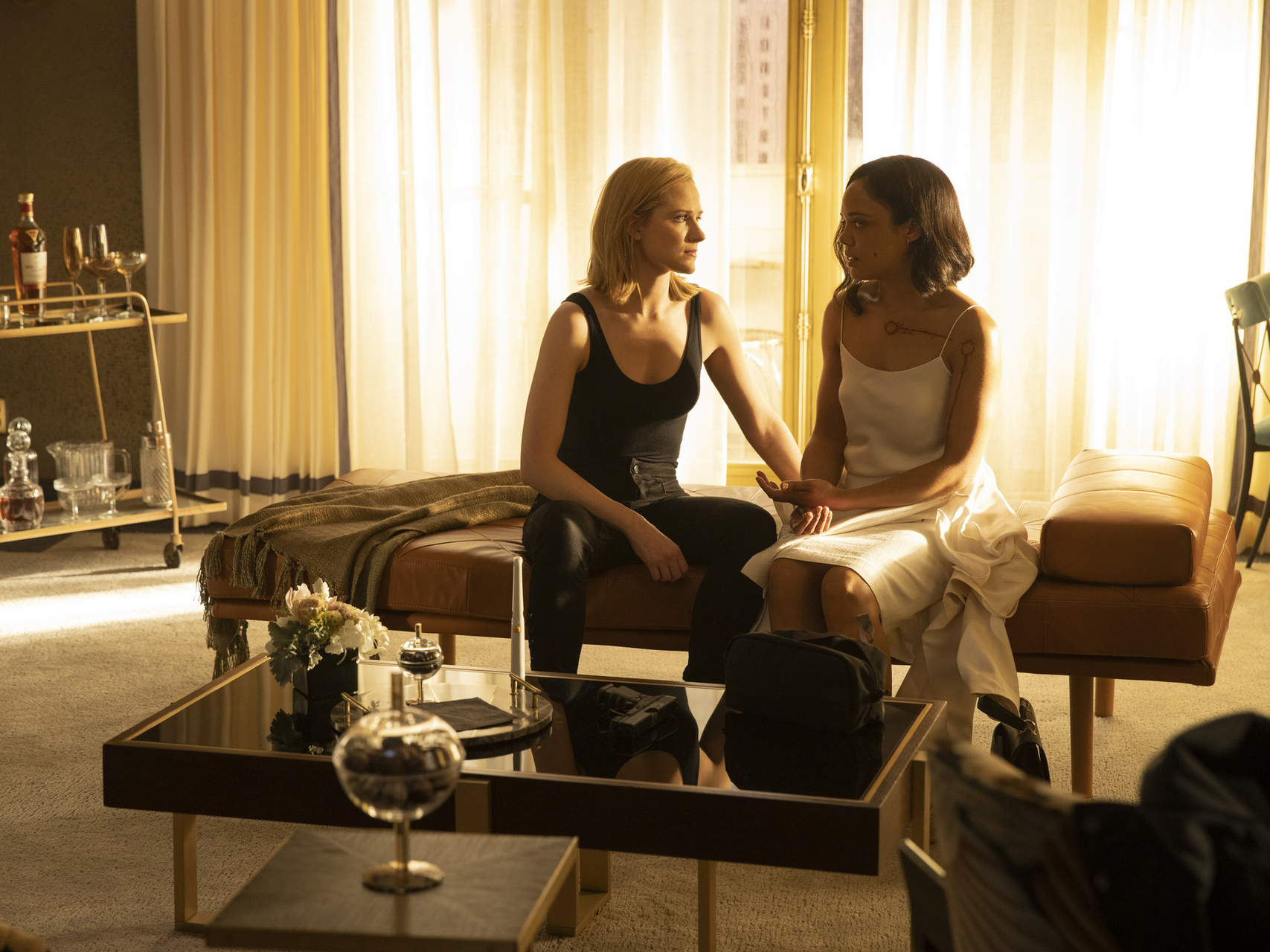 There’s one inside the host-body of Musashi, and another in a host-copy of Incite head of security Martin Connells. The final copy is still a mystery.

“I think maybe one of the things that you give up if you’re trying to really operate from a place of free will is community,” Thompson. “In some ways, you find a new community. But I think if you’re trying to really live in a way that’s singular – where you are determining your destiny – you sometimes then can’t exist in relation to others in the ways that you have or that you’re used to. And I think that’s something that Chalores is finding in this season.” 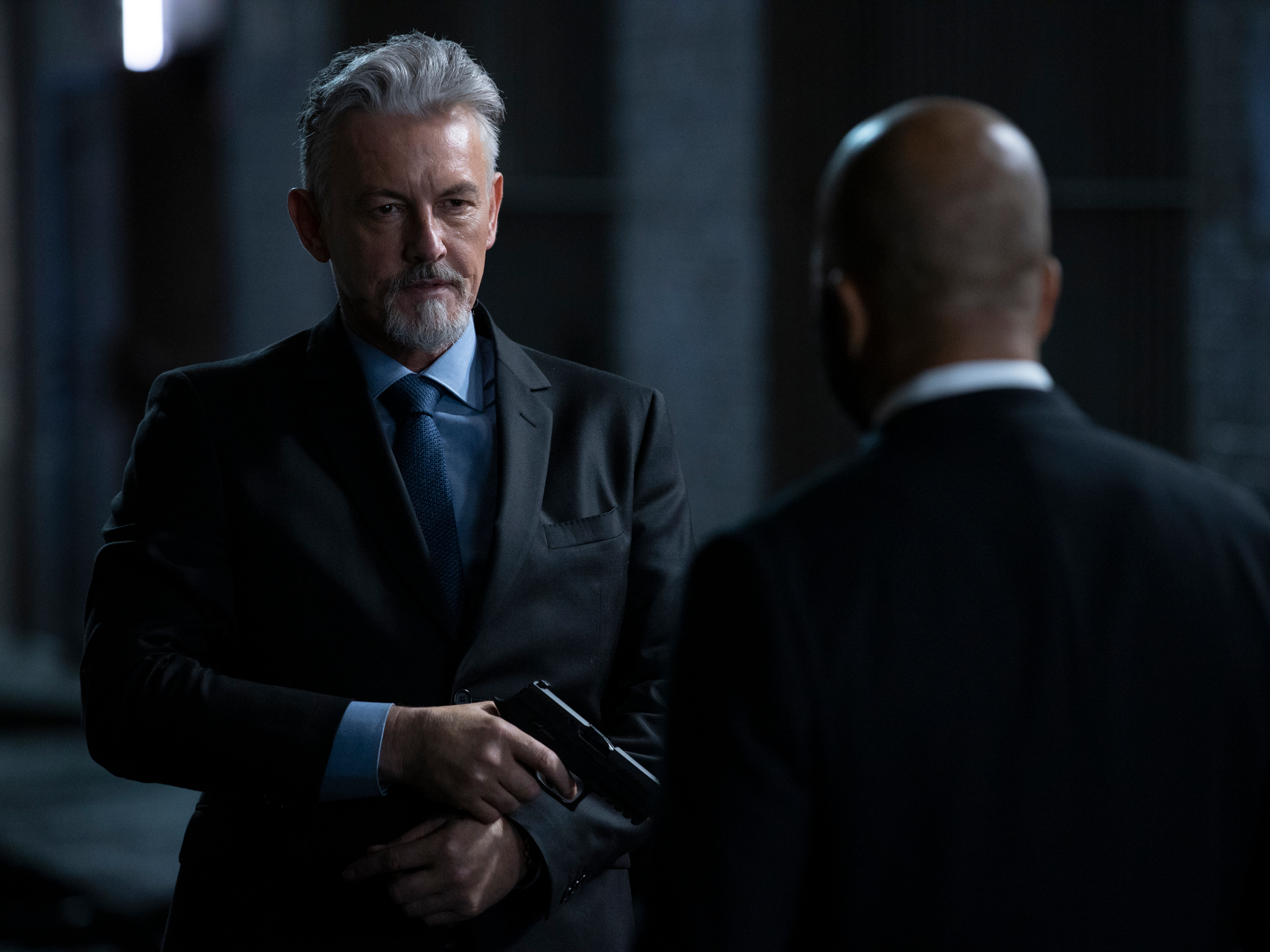 John P. Johnson/HBOTommy Flanagan as the Dolores copy of Martin Connells in ‘Westworld.’

This season marks the first time Dolores and her host-copies are experiencing the world outside of the Westworld park.

“I think they go into this real world with this idea of infiltrating and either destroying humankind or saving it. And maybe [those ideas] are one and the same, who knows?” Thompson said. “All that they have known about humans have been from the humans in the park. So arguably they have seen both the best of humanity and the worst. But now they see the world.” 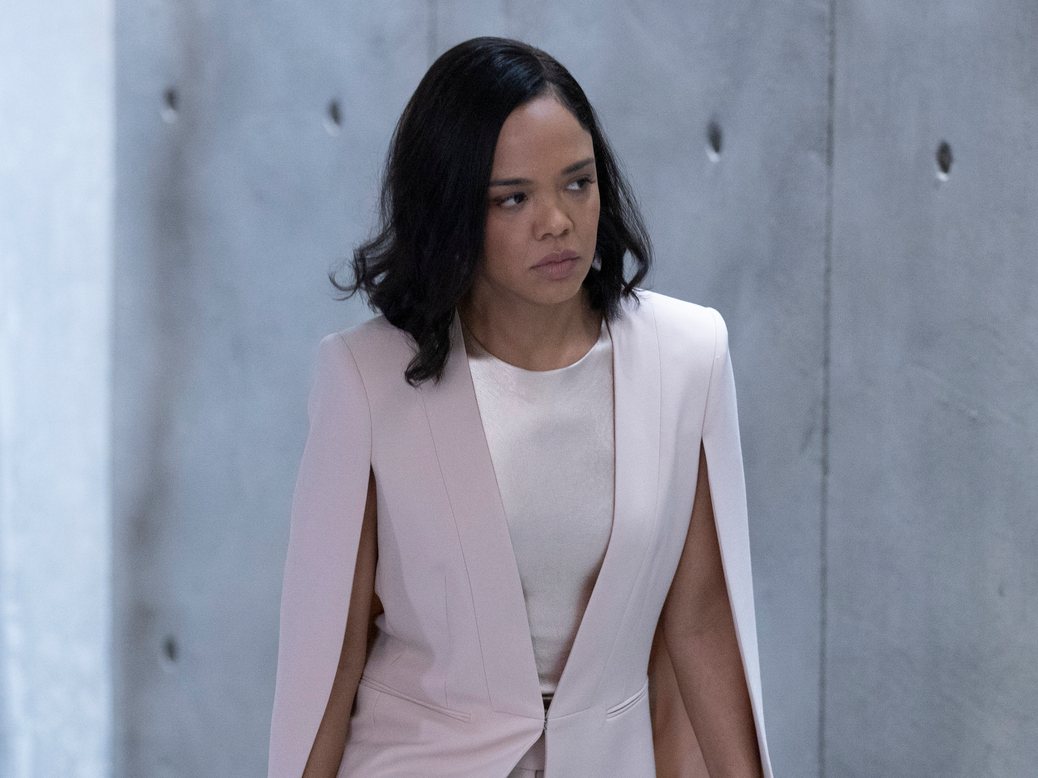 “I think that she could create however many copies she wants, but she sends those copies into different places,” Thompson said. “And thereby they’re in contact with different people. So their views about humanity change relative to who they’re in front of.”

Chalores has to deal with both the real Charlotte Hale’s son Nathan and Hale’s ex, Jake. Plus all the other Delos executives and staff.

“The people that [Chalores] comes to know outside of Delos imbue her with sensitivity, even though they’re not her responsibility,” she said. “And that changes her course a bit.”

The episode of this season centered most on Chalores, “The Absence of Field,” found its narrative focused on the ways the real Charlotte Hale was a mother – and now Chalores has to step into that role. But the host-mother assigned to Dolores was never a central figure inside the Westworld park. We never even saw that host’s face. 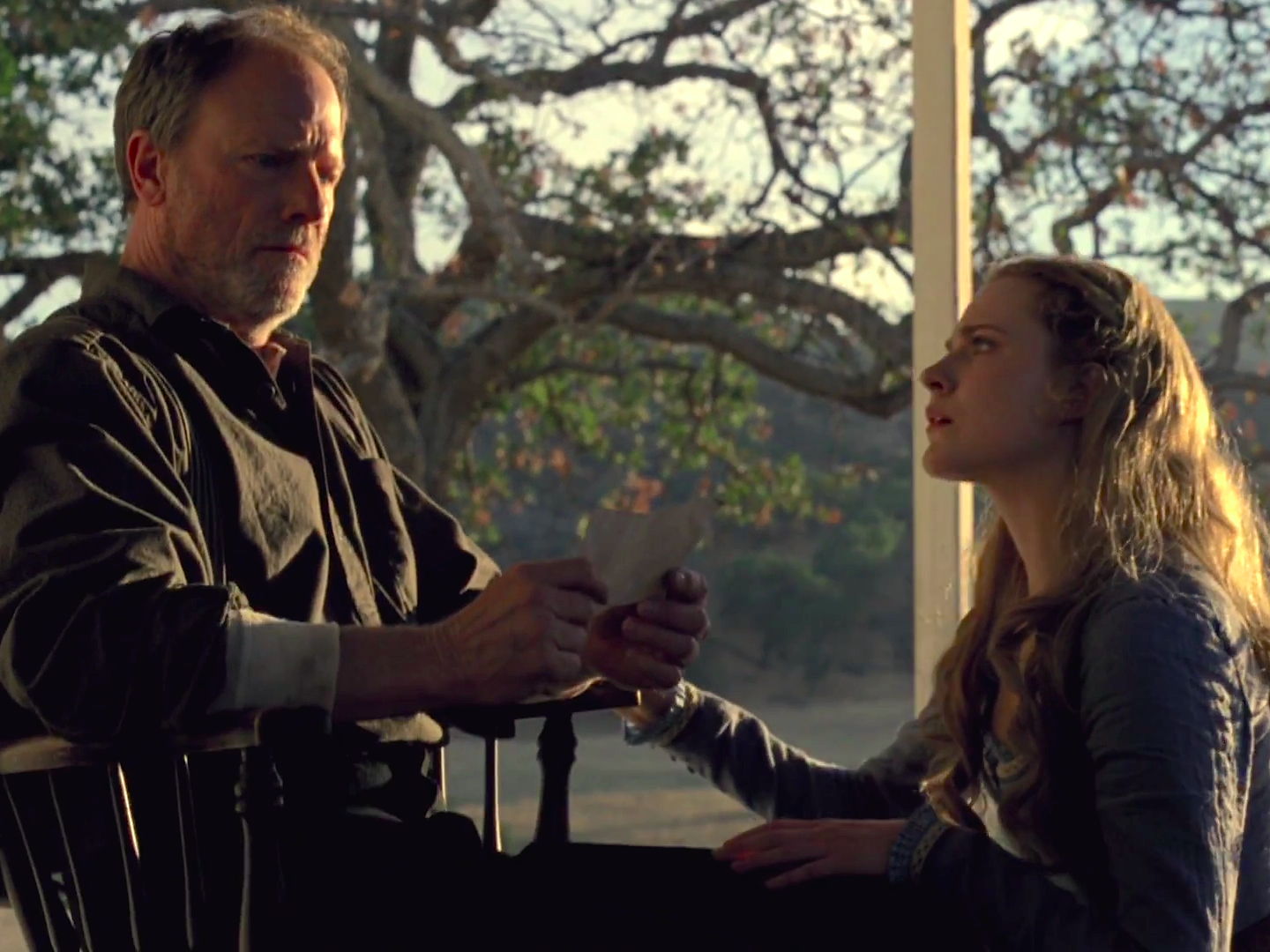 HBOPeter Abernathy and Dolores in the first episode of ‘Westworld.’

Instead, Dolores was always programmed to have a strong bond with her host-father, Peter Abernathy.

“In truth, we wanted to keep the emphasis in the pilot on her father,” Jonathan Nolan, one of the co-creators of “Westworld,” told Insider back in 2016. “And the mother aspect of it is something we’re hoping to explore down the line.”

This could have something to do with why Chalores is having trouble acclimating to her role as a human disguised as a mother.

“She definitely is someone that has always been programmed to care about family, but she’s also programmed to care very deeply about the truth,” Thompson said. “I think what becomes hard, and what we’ll see Chalores have to contend with, is their version of the truth – does it meet up?”