With electric-vehicle demand rebounding from a mid-2020 slump,Tesla is on track to beat earnings expectations and reach a delivery milestone, Wedbush analysts said Sunday.

The automaker’s third-quarter deliveries already came in above expectations, as sales of its Model 3 sedan driving the strong read. Tesla is slated to report its third-quarter earnings on Wednesday, and “improved manufacturing efficiency and shining [Gigafactory] 3 success in China” pave the road for a Street-beating report, the team wrote.

The analysts lifted their price target on Tesla shares to $US500 from $US475, implying a 13.7% climb from Friday’s closing level over the next 12 months. Wedbush maintains a “neutral” rating on the shares.


Read more:
Investment in the booming cybersecurity industry could be one of ‘the first signs of recovery’ â€” here’s where five insiders say to place your bets in the fast-growing industry

The 139,300 deliveries seen last quarter also bring Tesla closer to the 500,000-delivery target this year. Pent-up demand in China and areas of robust sales in Europe are the key drivers for reaching the goal. The 500,000-delivery target marks “a line in the sand that was a pipe dream six months ago as Tesla (and other auto players) have navigated this unprecedented COVID backdrop,” the analysts said.

China in particular can “markedly increase” Tesla’s profitability over the next few years as the country comes to represent more than 40% of the automaker’s annual sales, Wedbush added. Positive earnings represent the “hearts and lungs” to bullish investors’ hopes after years of quarterly losses.

With Model Y deliveries ramping up into the fourth quarter and China demand surging ahead, the automaker is set to turn its Wednesday earnings release into “another step forward” compared to its struggling peers, the team wrote.

‘Not out of the woods’: Here’s what 5 top executives said this week about the prospect of more economic stimulus 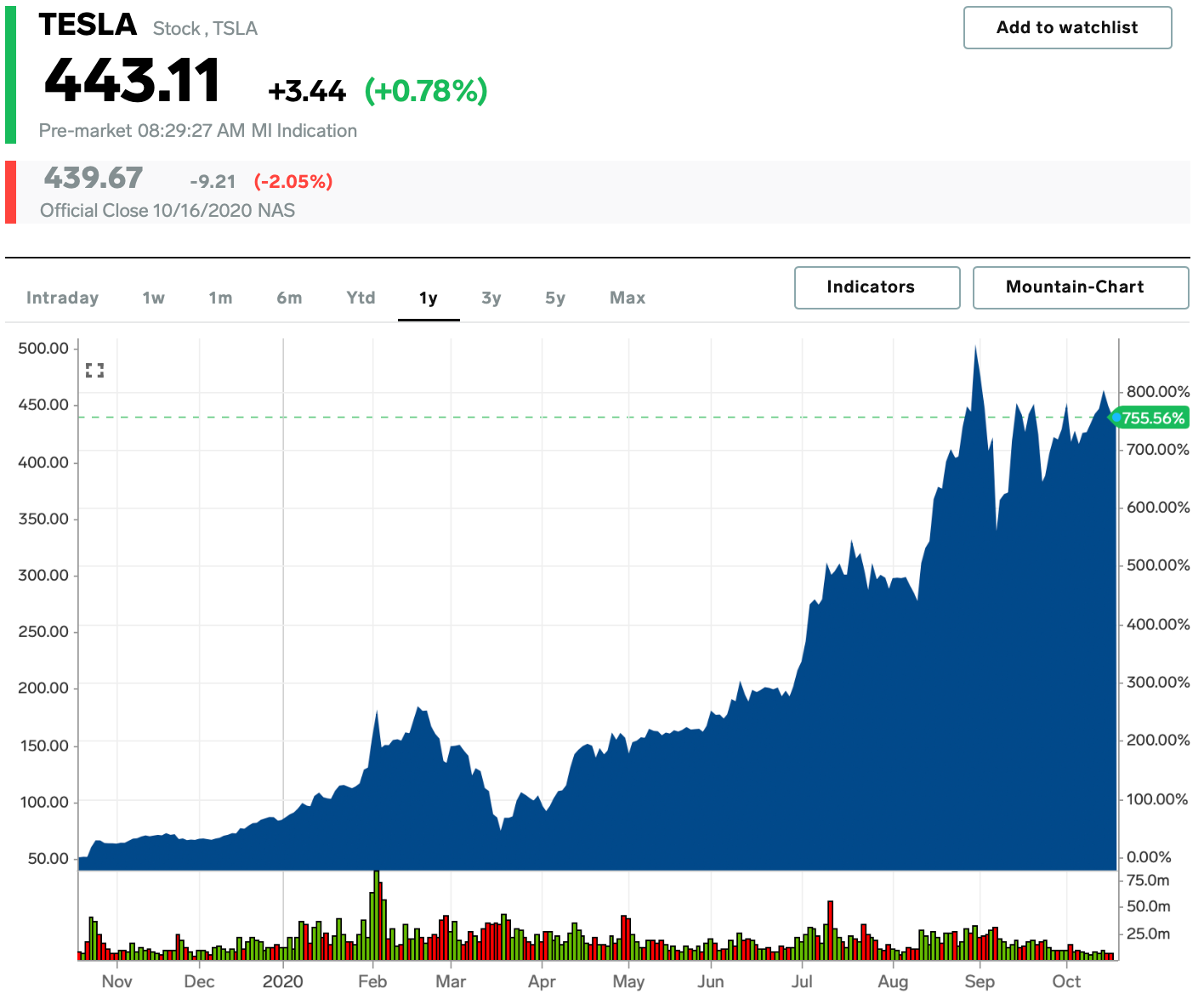