S&P Dow Jones Indices revealed on Monday that the automaker will join the benchmark index on December 21. With a market cap of roughly $US473 billion, Tesla will enter the index as one of the 10 most valuable members.

The news ended months of speculation as to when the automaker would join the index, and bullish investors drove shares 13% higher the day of the announcement.

Yet some of the market’s biggest players haven’t yet piled in. Large-cap mutual funds tracking the S&P 500 waiting on the sideline can fuel massive demand for the shares once Tesla officially joins the index, strategists led by Arjun Menon said Thursday.

“Of the 189 large-cap core funds in our universe, 157 funds that manage around $US500 billion in assets under management did not hold Tesla on September 30,” the team said. Those funds are set to buy roughly $US8 billion worth of shares, assuming they aim to hold the automaker at benchmark weight, they added.

Tesla became eligible to join the index in July after reporting its fourth consecutive quarterly profit. The S&P 500 requires members be based in the US, trade on the New York Stock Exchange, Nasdaq, or Cboe, boast a market cap of at least $US8.2 billion, and post four straight quarters of profitability on a GAAP basis.

If all criteria are met, a group called the Index Committee deliberates on whether the company should replace a current member of the index.

The automaker’s inclusion comes as some of its most notable sceptics turn more optimistic toward the company. Morgan Stanley upgraded its rating on Tesla to “overweight” from “equal weight” for the first time since 2017 on Wednesday, saying its software and services businesses present strong growth opportunities.

“To only value Tesla on car sales alone ignores the multiple businesses embedded within the company, and ignores the long term value creation arising from monetising Tesla’s core strengths, driven by best in class software and ancillary services,” the bank’s analysts said. 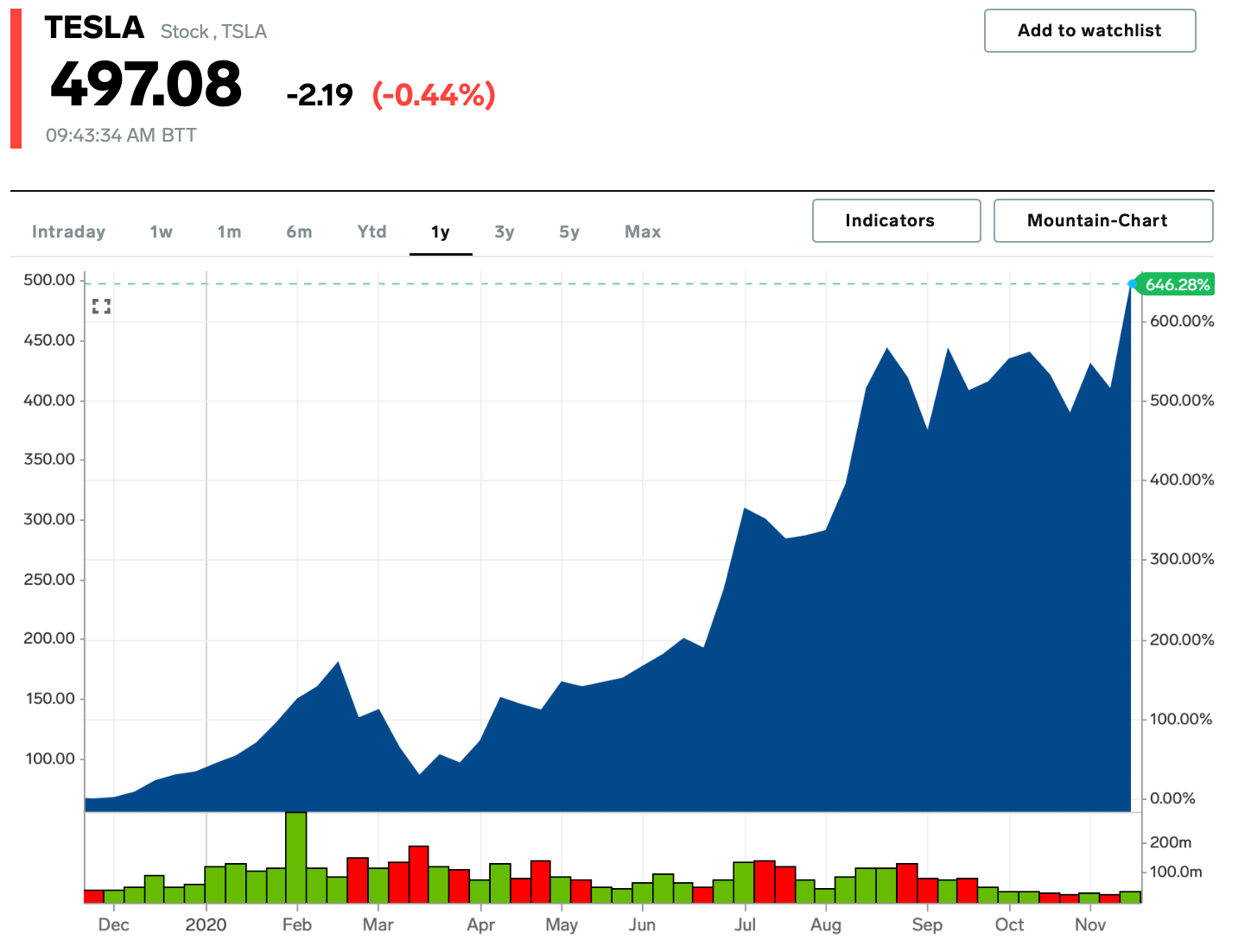