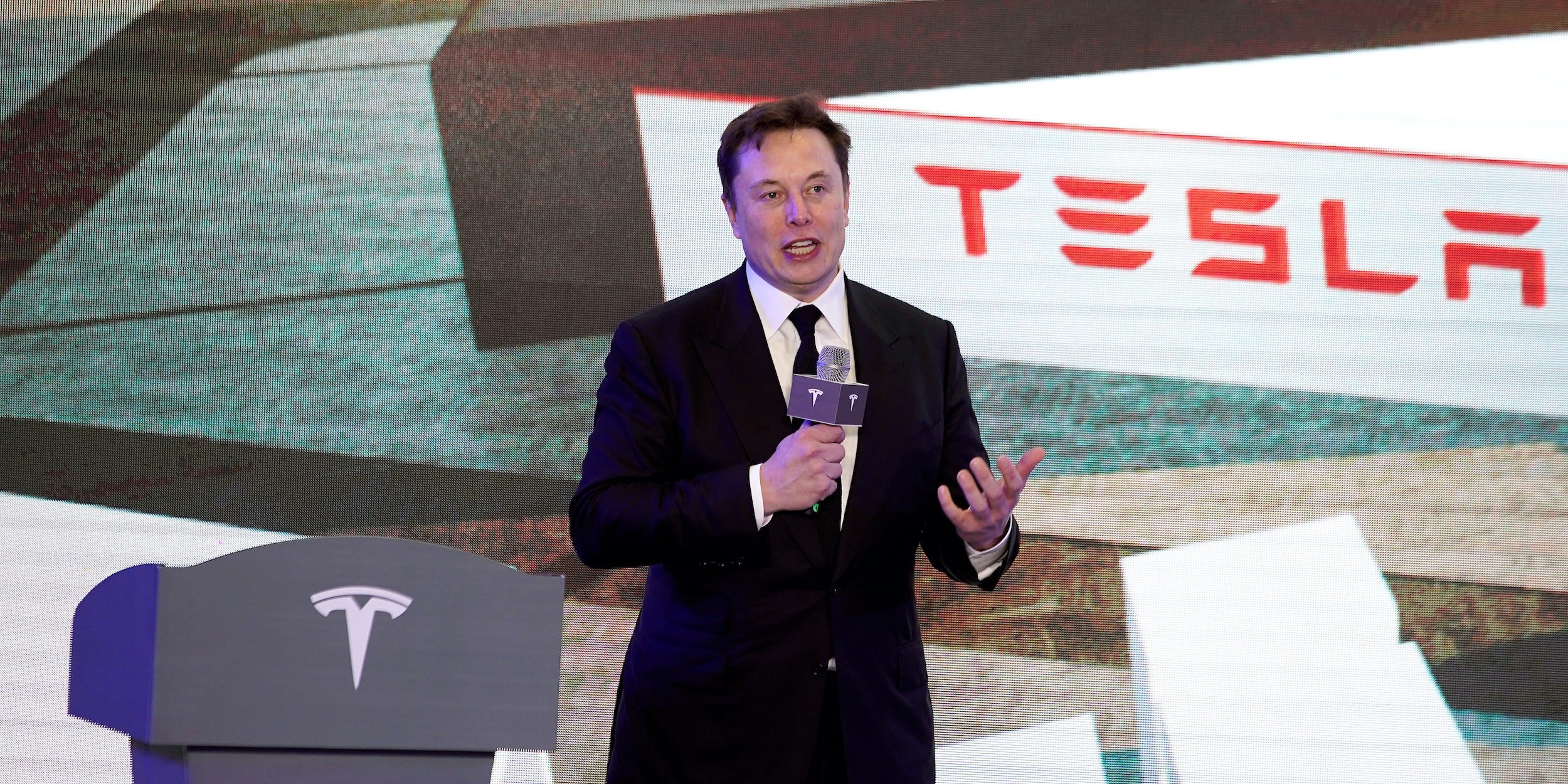 Tesla surged as much as 12% on Monday to $US497 per share in the company’s first day of post-stock-split trading, extending the automaker’s blistering rally.

The company announced on August 11 that it would enact a 5-for-1 stock split after its recent rally pushed shares above $US2,000 a piece. Since the announcement, Tesla shares have added more than 70%, even though a stock split changes nothing about a company’s underlying fundamentals.

Read more: 35-year market vet David Rosenberg warns the stock market’s rally features distortions that were glaring during the tech bubble – and lays out his plausible scenario for a crash

“We believe the stock split decision was a smart move by Tesla and its Board given the parabolic move in shares over the past six months,” wrote Wedbush analyst Daniel Ives in a Monday note. He adjusted his price target on Tesla shares to $US380 with a bull case of $US700 and reaffirmed his neutral rating following the split.

Also on Monday, Apple shares gained after its own 4-for-1 stock split went into effect. It’s the company’s fifth stock split ever.

Tesla has gained more than 472% year-to-date. 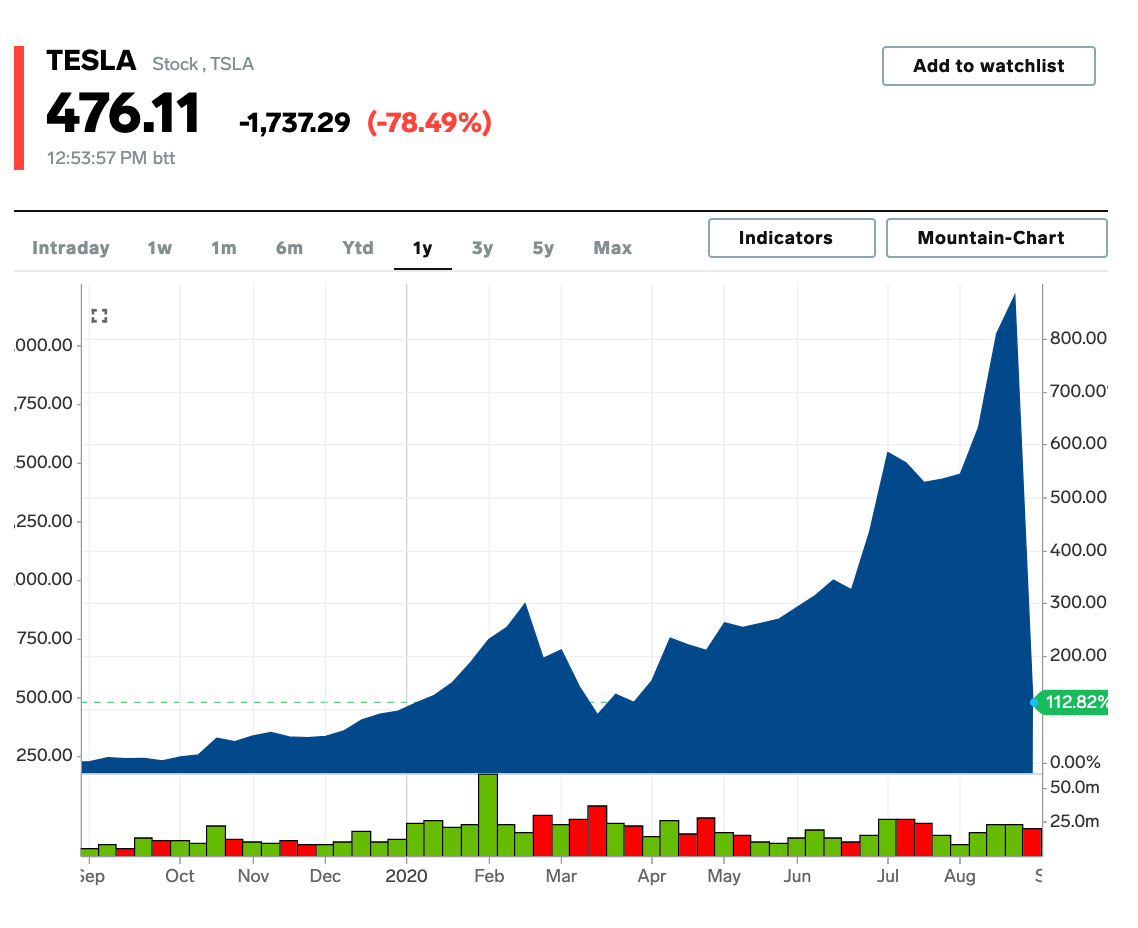