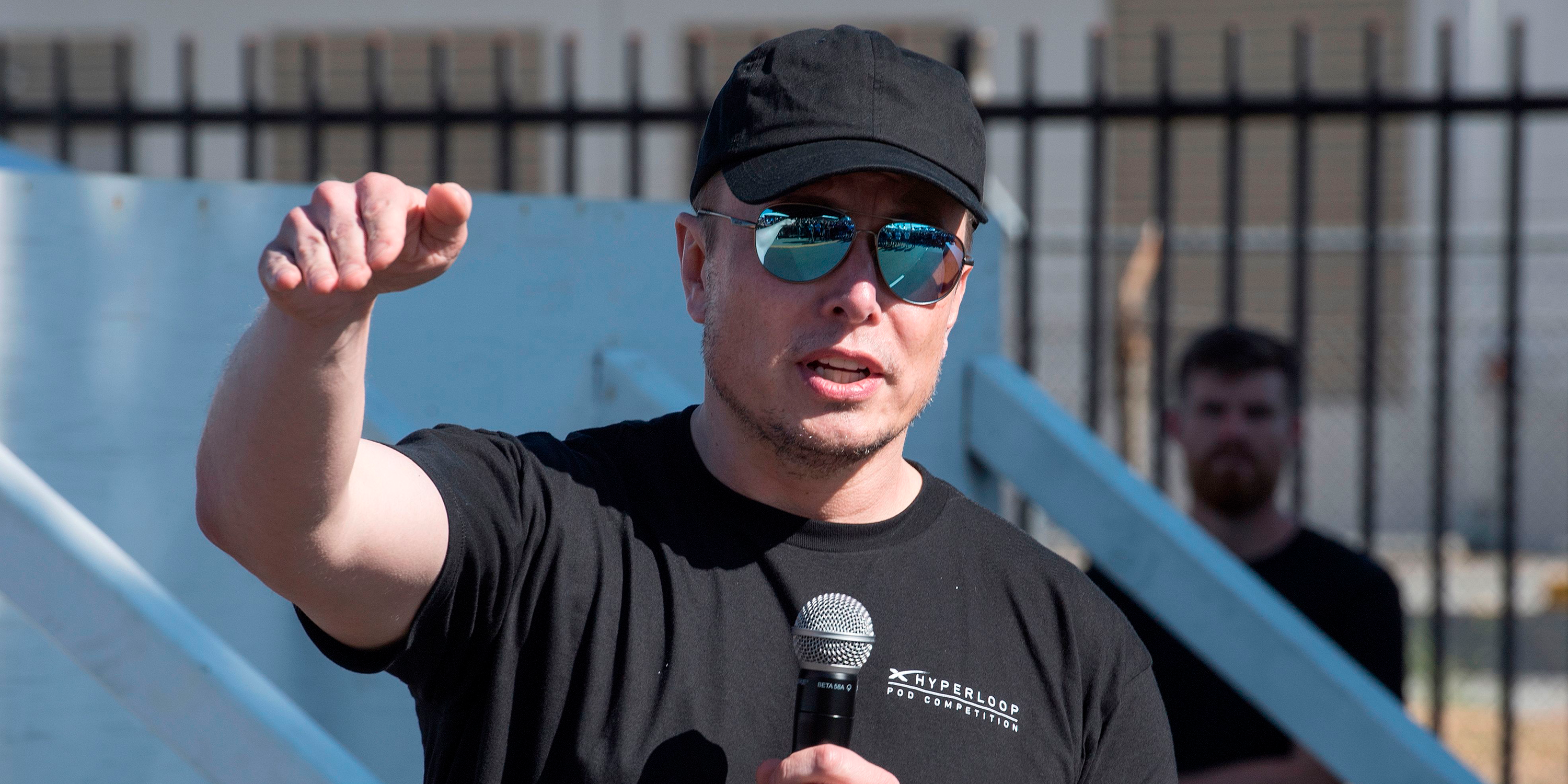 Tesla shares continued to slump Thursday, a day after its largest outside shareholder announced it had cut its stake due to the recent blistering rally.

Shares of Tesla fell as much as 7% in early trading Thursday, extending a 6% loss from Wednesday. Baillie Gifford, the automaker’s largest shareholder, on Wednesday announced that it had trimmed its stake in the company due to internal rules limiting the weight of a single stock in client portfolios.

Baillie Gifford said that it’s still a Tesla fan, and would welcome the opportunity to increase its stake once again if the stock were to fall further. Tesla shares have been on an epic rally this year, surging more than 430% through Wednesday’s close.

The slump comes just after Tesla’s 5-for-1 stock split went into effect on Monday. On Tuesday, to take advantage of the stock’s epic rally, Tesla announced plans to raise as much as $US5 billion in a share sale.

Tesla is officially in correction territory, marked as a drop of more than 10%, after falling this week. The stock has shed more than 10% between Monday and Wednesday’s close. 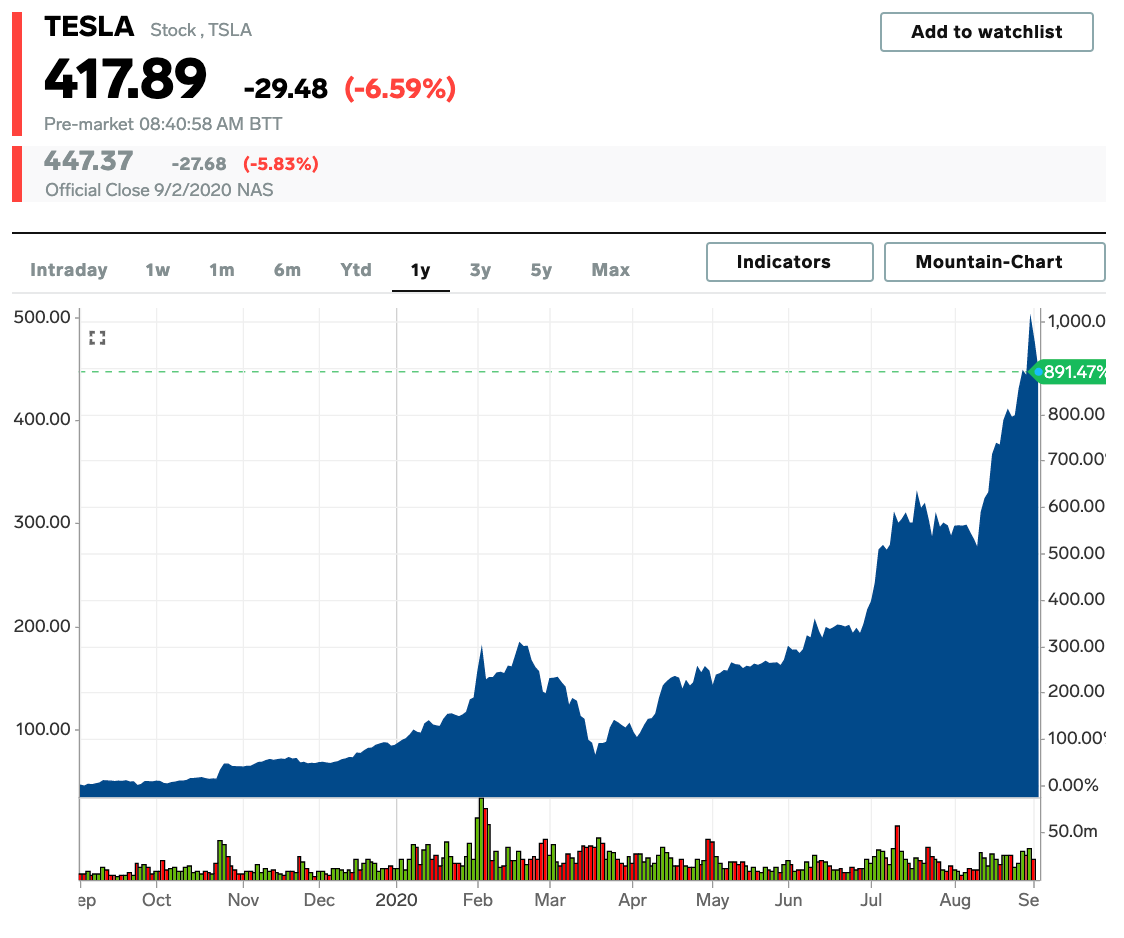