EDITOR’S NOTE: An earlier version of this story described the $US1,500 cost of removing Tesla solar panels as a cancellation fee. The story has been updated to reflect that there is no cancellation fee.

Tesla is relaunching its solar business with a panel-rental program, CEO Elon Musk announced on Twitter on Sunday.

The rental plan will be available in California, Arizona, Connecticut, Massachusetts, New Jersey, and New Mexico, according to the Associated Press.

Rental rates will start at $US50 a month, with customers paying $US65 in California. Musk added that the plan would come to Europe next year.

“With the new lower Tesla pricing, it’s like having a money printer on your roof if you live a state with high electricity costs,” Musk tweeted, saying customers could save roughly $US500 a year on utility bills. He said that while buying the panels outright was better, “the rental option makes the economics obvious.”


Read more:
Elon Musk confirms Spotify is coming to Tesla cars, but there’s a way to get it right now

Musk said that the contract could be canceled and there is no cancellation fee. If a homeowner wants the solar panels removed, it will cost $US1,500 – equivalent to 30 months’ solar-panel rental with the $US50 contract. Tesla’s website says that this fee is just to cover the costs of removal and that the company makes no profit on it.

Tesla bought the solar-energy company SolarCity in 2016, but since then its chunk of the market has dwindled significantly, losing ground to rivals like SunRun. Tesla’s solar installations have been declining for the past three quarters and most recently stood at a record-low 29 megawatts in the second quarter of this year.

SolarCity was also hit with a lawsuit from three former employees last year alleging coworkers at the company had faked sales accounts to inflate their bonuses along with the value of the company as a whole. The suit also alleges discrimination, harassment, and inadequate pay. A Tesla representative told Business Insider when the suit was filed that Tesla had investigated the allegations and found them to be untrue. The suit has since moved to private arbitration. 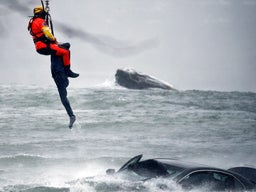