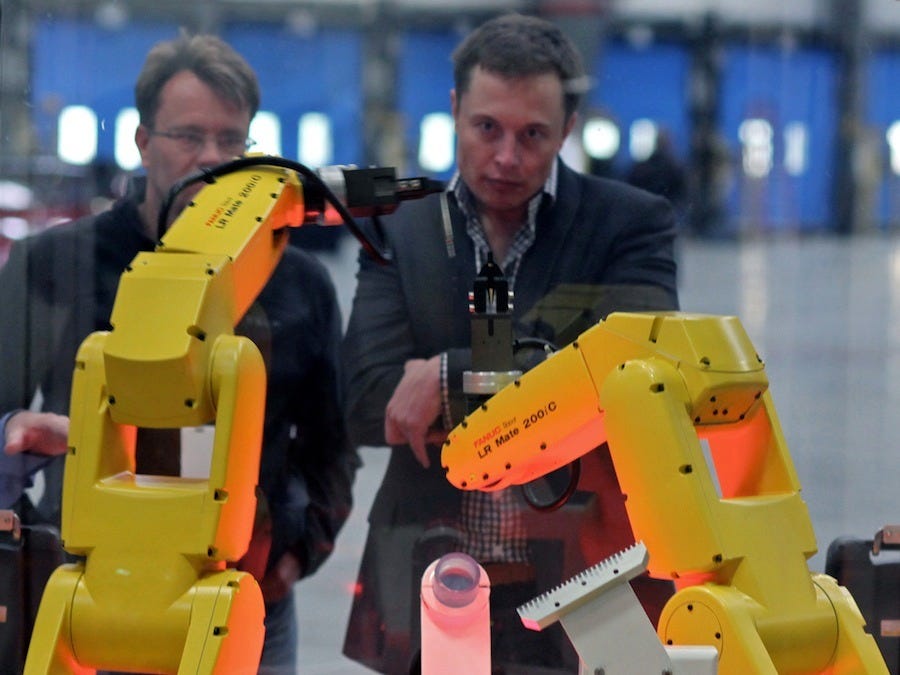 As Tesla’s Fremont, California, factory reopened in mid-May, CEO Elon Musk reassured nervous workers that they wouldn’t have to report to work if they “feel uncomfortable” about showing up to the factory during the COVID-19 pandemic.

Since then, Tesla has fired at least five workers for staying home due to COVID-19 fears, according to The Washington Post. Three of those employees told The Post they were fired in the past week.

The Tesla factory first reopened in May despite orders from Alameda County, where the plant is located, to remain closed. Tesla sued the county, claiming its shutdown contradicted California’s broader COVID-19 guidance, and Musk threatened to move the factory out of the state. Alameda County officials ultimately allowed the factory to reopen May 18, and Tesla dropped the lawsuit.

Musk sent an email to employees that week aiming to assuage concerns about the virus.

“I will be on the line personally helping wherever I can,”Musk wrote. “However, if you feel uncomfortable coming back to work at this time, please do not feel obligated to do so.”

A few days later, Tesla’s HR department sent an email reinstating its attendance policy and outlining a process to claim unpaid leave through May 31, according to The Washington Post. Tesla appeared to not send any further guidance after May 31, and employees said they thought the email from Musk, the CEO, was accurate of the company’s policy, and kept their managers updated through June.

But Tesla has reportedly been cracking down on workers who told their supervisors they’d prefer to stay home to avoid catching the virus. One employee told The Washington Post that he was fired after opting to stay home because his one-year-old son has a respiratory condition.

“[Musk’s] word doesn’t mean anything to his employees,” the worker told The Post. “If he says one thing right now, 10 seconds later he turns his back on his employees.”

Since then, COVID-19 cases have steadily risen across California, including in Alameda County. The county now has nearly 6,000 confirmed cases, up from roughly 2,500 in mid-May. County health officials said in a statement Monday that they were “temporarily pausing our reopening plans,” but the Tesla factory has been allowed to stay open.

Workers have said that conditions at the Fremont factory don’t enable social distancing – one employee told the Post that there would regularly be “15, 20 people standing right up on each other.” They also said that Tesla’s enforcement of attendance appears to be uneven, with at least one employee who’s stayed home reporting that they haven’t received any job abandonment notice from the company.

Musk himself has repeatedly downplayed the severity of COVID-19. He claimed in March that “panic will cause more harm than the virus” and predicted that there would be “probably close to zero new cases in US” by the end of April. The next month, Musk protested nationwide lockdowns, tweeting that the US should “Give people their freedom back!”

Based on current trends, probably close to zero new cases in US too by end of April