A Tesla on Autopilot slammed into a police car, according to a new report — and now the driver is facing criminal charges 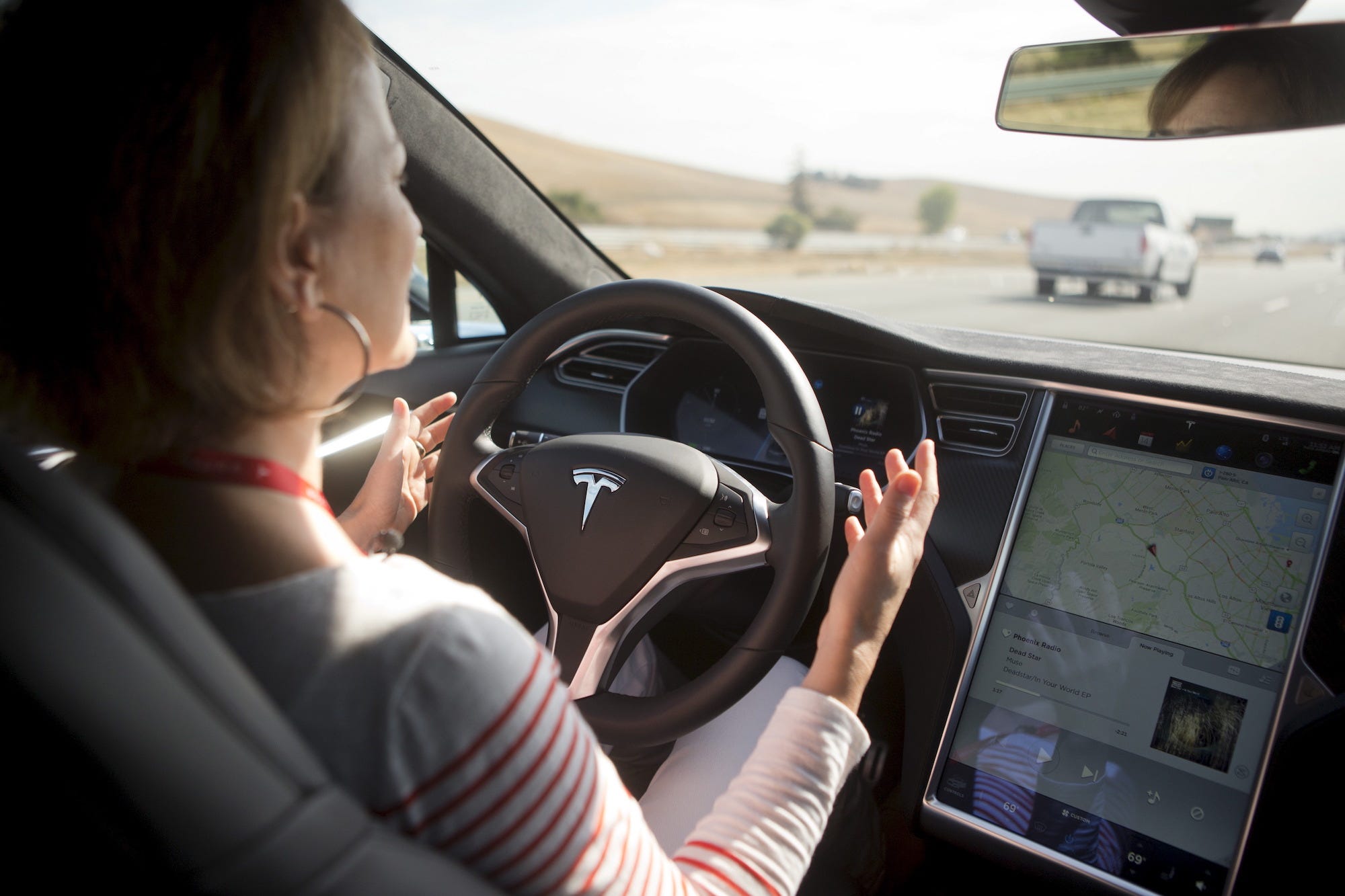 A Massachusetts state trooper was in the middle of a traffic stop in December when a Tesla slammed into his patrol car, pinning him between it and the stopped vehicle.

Now, the driver of the Model 3 – which was apparently on Autopilot at the time of the crash – is facing criminal charges of negligent driving, NBC 10 Boston reports, citing court documents.

Maria Smith, a college student, recounted the scary crash to the local news channel this week. “Before I knew it, my car was flying forward,” she said. “I looked behind me, and my whole back windshield was blown out. There was glass in my hair.” 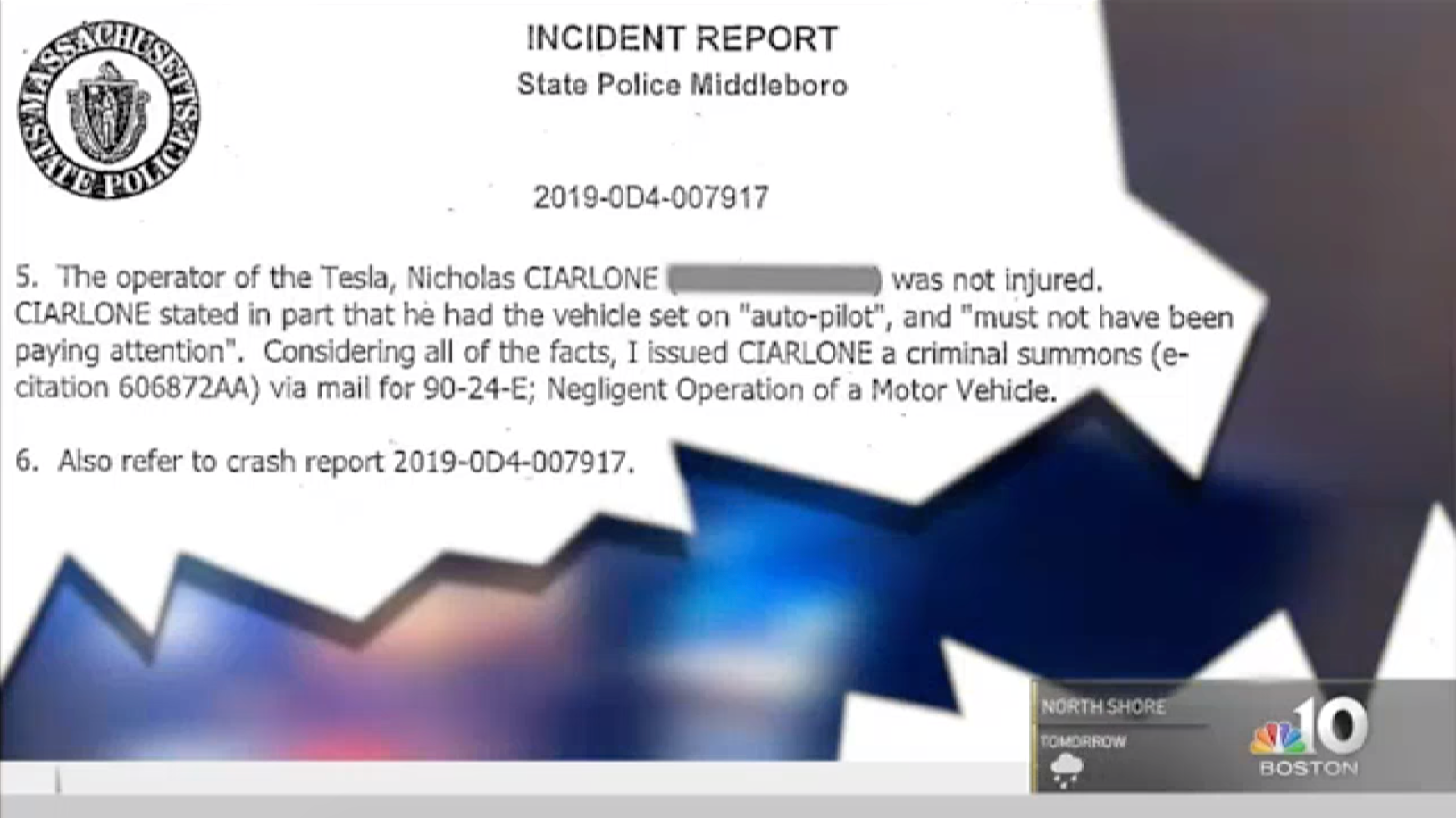 NBC10 BostonA copy of the incident report, as published by NBC10 Boston.

The driver, Nicholas Ciarlone, told the trooper at the scene of the crash that the car was on Autopilot and he “must not have been paying attention,” NBC 10 Boston reported, citing the incident report. He could not be reached for comment, and is set to be arraigned in September.

The Massachusetts State Police confirmed the charges to Business Insider. Tesla did not immediately respond to a request for comment.

Tesla’s Autopilot has been front-and-centre in several high-profile incidents. Under normal circumstances, the software can maintain speed and direction while monitoring for obstacles so long as the driver is paying attention. But while Tesla’s instructions tell drivers to constantly monitor the program and remain ready to take over on moments notice, there have been plenty of instances caught on video of drivers sleeping, leaving the drivers seat, or even filming an adult movie.