From launching a fleet of robotaxis to navigating a cross-country road trip without human intervention, Tesla boss Elon Musk has been touting ambitious plans to roll out self-driving cars for years.

And although Tesla has been pre-selling a $US10,000 ($12,981) feature called “full self-driving capability” (FSD), the carmaker has told California regulators it won’t make cars fully autonomous in the immediate future, according to emails made public on Friday.

In a December 14 email to California’s Department of Motor Vehicles, Tesla lawyer Eric Williams said the company “made it abundantly clear” to beta participants that the system “does not make the vehicle autonomous and that the driver is responsible for being fully attentive at all times.”

Tesla released a key element of FSD known as “autosteer on city streets” to a limited number of company employees and owners as part of a beta program in October, with plans to widely release the system in the early part of 2021.

Williams went on to say that “we do not expect significant enhancements” that would allow the system to take on all driving tasks, and that “a final release of City Streets will continue to be an SAE Level 2, advanced driver-assistance feature.” Level 2 autonomy means that a vehicle needs constant human attention.

The emails were obtained and published by the transparency advocacy group PlainSite, which has routinely sparred with Tesla in the past. The DMV reached out to Tesla about the FSD beta’s capabilities to make sure the carmaker did not plan to test an autonomous vehicle system on public roads without the proper permit.

In response, Williams argued in a November 20 email that the beta has significant limitations that disqualify it from being regulated like an autonomous system.

“The driver must fully supervise the system,” Williams said, as it is not meant to navigate “certain circumstances and events” such as “road debris, emergency vehicles, construction zones, large uncontrolled intersections with multiple incoming ways, occlusions, [and] adverse weather.” Those are all situations that a more advanced Level 3 system would be expected to navigate or recognize.

In December, Musk tweeted about Tesla’s system enabling one to drive while playing video games. On a conference call in January, Musk indicated Tesla would achieve Level 5 autonomy, which requires zero human intervention, in 2021. Tesla’s CEO also said that FSD would enable the company to launch a fleet of 1 million robotaxis by 2020, which did not materialize.

However, “autosteer on city streets” is just one feature of the FSD package, so it’s possible the system will expand or evolve at some point in the future to take on more driving tasks.

The release of FSD has been delayed numerous times, but Musk said in March that it will be available as a subscription before July. 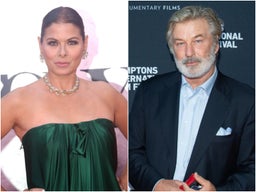