Tesla is planning to get into the trucking business.

The electric-car maker is set to unveil its first electric big rig on October 26, CEO Elon Musk said in a tweet Wednesday night.

And while Musk hasn’t said much about the upcoming vehicle, some details have leaked about what we might see.

‘We are showing off a working prototype at the end of September, but we have shown it to people who buy heavy-duty trucking, and they all love it. They just want to know how many can they buy and how soon,’ Musk said during Tesla’s annual shareholder meeting, hosted in July at the Computer History Museum in Mountain View, California.

‘We are getting them closely involved in the design process,’ he added.

Tesla is including the companies in the design process because it helps ensure their needs are met, Musk said.”
image=”http://static.businessinsider.com/image/59ba8be69803c5b3308b554c”
source=”Tesla”
caption=””
credit_href=””
]
[slide
permalink=”/#tesla-should-reach-full-scale-production-for-the-big-rig-sometime-in-2019-3″
title=”Tesla should reach full-scale production for the big rig sometime in 2019.”
content=”Musk also said the company would most likely reach full-scale production for the truck in 18 months to two years.”
image=”http://static.businessinsider.com/image/594b10fbd084cc12098b45c6″
source=”Benjamin Zhang/Business Insider”
caption=””
credit_href=””
]
[slide
permalink=”/#and-deliveries-could-begin-in-2020-4″
title=”And deliveries could begin in 2020.”
content=”The big-rig truck could go on sale as soon as 2020, according to the Morgan Stanley analysts.”
image=”http://static.businessinsider.com/image/59ba7e3a9803c5b8048b5a6a”
source=”Tesla Motors”
caption=””
credit_href=””
]
[slide
permalink=”/#tesla-could-introduce-a-battery-swapping-business-or-ultrafast-recharging-to-help-with-the-trucks-range-6″
title=”Tesla could introduce a battery-swapping business or ultrafast recharging to help with the truck’s range.”
content=”To compete with traditional diesel trucks, Tesla may offer new charging solutions.

‘Tesla will have to clearly address these issues at the event to be able to sell the idea of an electric semi-truck to a deeply sceptical industry,’ Jonas and Shanker said in the note.

The analysts said the company was unlikely to include a more than 1,000-kilowatt-hour battery, which would provide a range of up to 1500km, because it would be too expensive.

‘Instead, we believe that Tesla would choose to put in a smaller battery (around 250-300 kWh) and choose to solve the range problem either through optional battery swapping or very rapid supercharging/flash charging,’ Jonas and Shanker said.”
image=”http://static.businessinsider.com/image/54ef97d569bedd4438d8fa8a”
source=”Green Car Reports”
caption=””
credit_href=””
]
[slide
permalink=”/#it-could-have-self-driving-technology-similar-to-autopilot-7″
title=”It could have self-driving technology similar to Autopilot.”
content=”The truck is expected to have self-driving technology that allows it to drive autonomously while travelling in platoons, according to a Reuters report that cited an email discussion between Tesla and the Nevada Department of Motor Vehicles.”
image=”http://static.businessinsider.com/image/59b02efc6eac402b008b91ea”
source=”Daniel McMahon”
caption=””
credit_href=”https://twitter.com/cyclingreporter”
]
[slide
permalink=”/#tesla-may-have-already-begun-testing-its-truck-8″
title=”Tesla may have already begun testing its truck.”
content=”It’s most likely that Tesla has been testing a prototype truck on public roads for several months, according to the Morgan Stanley note.

According to a Reuters report, Tesla was in discussions with the Nevada Department of Transportation in June about the possibility of testing two prototype trucks in the state.”
image=”http://static.businessinsider.com/image/59ba8e999803c51e008b5c27″
source=”Valley of Fire by prayitnophotography © 2017, Flickr, licensed under Creative Commons Attribution 2.0 License”
caption=””
credit_href=”https://www.flickr.com/photos/prayitnophotography/32857588556/in/photolist-S4vJkw-rzjM1T-j5LBAg-e2PWsY-8vpnnn-4FfvyX-9yzYX2-e9eHDX-Qzashn-7vQK4b-RENSZ5-RKkMfh-djadg6-4urbH9-7vQK1b-4ura5G-abeAJ6-KjLTUy-ed78CF-eGgock-eTdhFM-hXofGj-eGnxhd-4GfXvo-J8xECf-62nY8A-ebUUA3-dZj9BT-68bZJz-nKHeZN-pnd1w5-74NDxu-fq9Rfv-5K3frU-eTckFi-dDPE1r-eS6Bn3-duqMYu-c6D62U-v9yhNh-feM7sF-g6kgsb-6HECCB-pnvWKn-5Rd3ue-ibafp-8n5jme-hEM18T-pJQd9-pnbom2″
]
[slide
permalink=”/#the-truck-could-begin-pricing-at-100000-9″
title=”The truck could begin pricing at $US100,000.”
content=”The Tesla big rig could begin pricing at $US100,000 if the company charges separately for leasing batteries, according to Morgan Stanley, adding that Tesla might charge a $US5,000 deposit.”
image=”http://static.businessinsider.com/image/595152efd084cc6a298b4bcd”
source=”Tesla”
caption=””
credit_href=”https://www.tesla.com/shareholdermeeting”
]
[/slideshow] 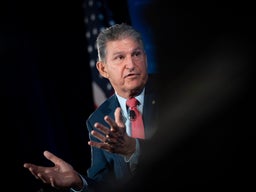