This $50,000 attachment turns your Tesla Cybertruck into a campervan - and it even comes with a Starlink dish 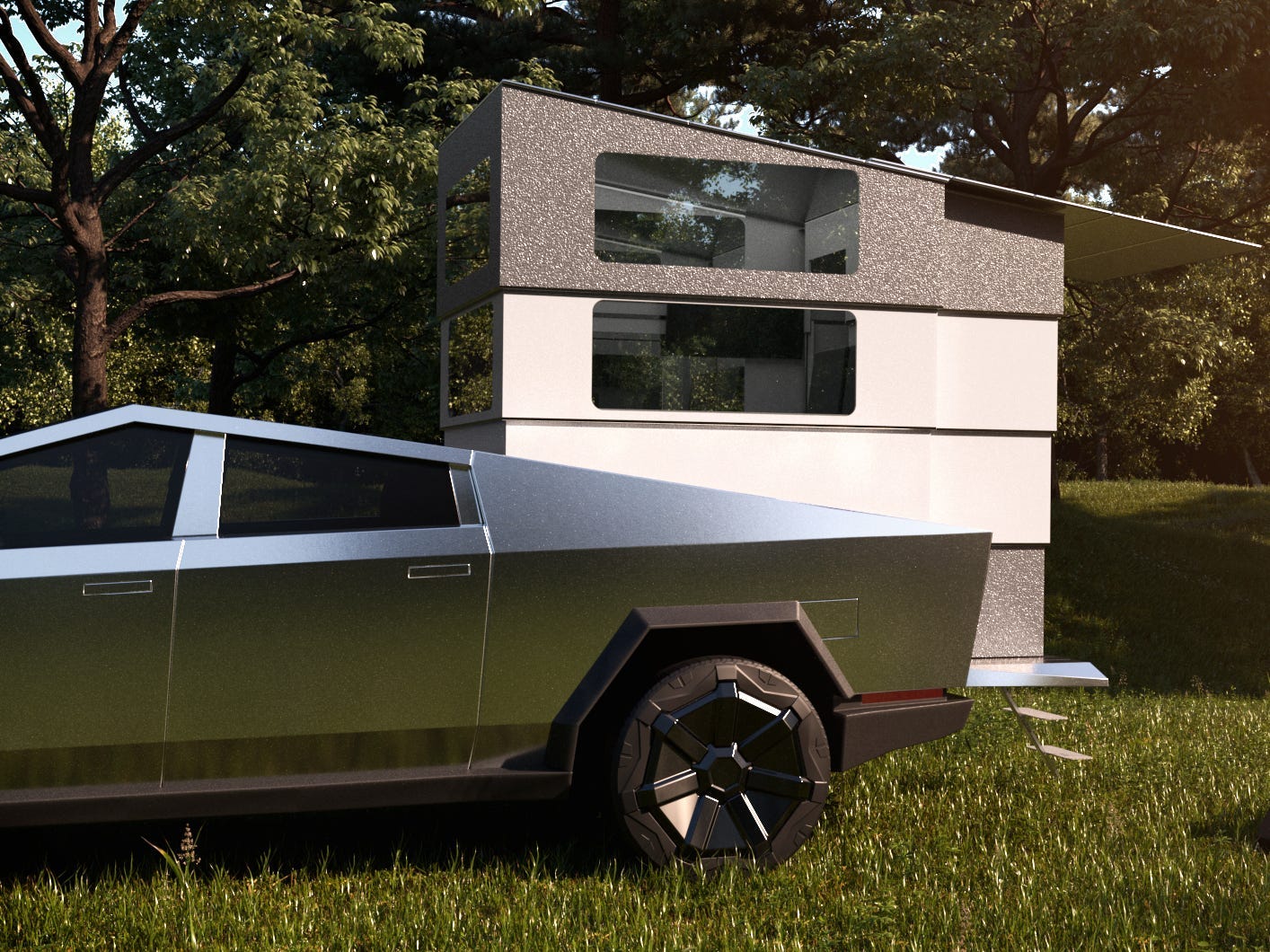 CyberLandrThe can be added to a Tesla Cybertruck.

Tesla’s Cybertruck hasn’t even got a release date yet – but a company has already launched pre-sales for a $50,000 attachment, which will turn the electric vehicle into a campervan for road trips.

Stream It, a Las Vegas-based analytics company, has designed the CyberLander to make the Cybertruck multi-use so you can use it as a portable home for weekend trips or even in emergencies.

Stream It says that, unlike most campervans, the CyberLandr fits in normal parking spaces and doesn’t obstruct outward visibility when you’re driving your Cybertruck.

Steam It noted that the final production specifications haven’t yet been announced and that the product’s features could change. It said it will manufacture the CyberLandrs in Texas, where Tesla also plans to make its Cybertrucks.

They will be ready for delivery around when Tesla begins shipping CyberTruck pre-orders, which is set to be late 2021, according to the company.

Tesla CEO Elon Musk revealed the Cybertruck in November 2019, saying it could be “completely adaptable for your needs.” The company showed this by teasing its own rendering of the Cybertruck as a “Cybercamper” with a pull-out kitchen and pop-top roof. 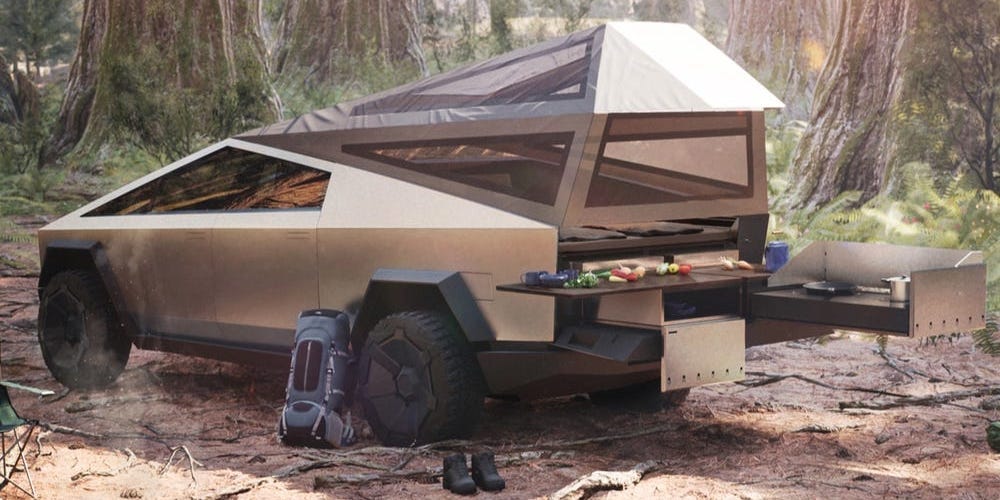 Tesla has since remained silent on both the Cybercamper and the launch date of the Cybertruck, though a Canadian concept artist has created his own mock-ups of what it could look like. Steam It has now jumped in with an alternative.

The CyberLandr comes with a shower, voice automation, and Starlink dish

The CyberLandr is apparently easy to stow and pull out. When stowed, the CyberLandr disappears entirely within the bed of the Cybertruck, which, according to the company, means you can take it through more rugged terrain than most trailers.

The CyberLandr has a minimal impact on how far the vehicle can travel on one charge: The attachment, which has a dry weight of 544kg, only brings the vehicle’s range down by around 5%, Steam It says. 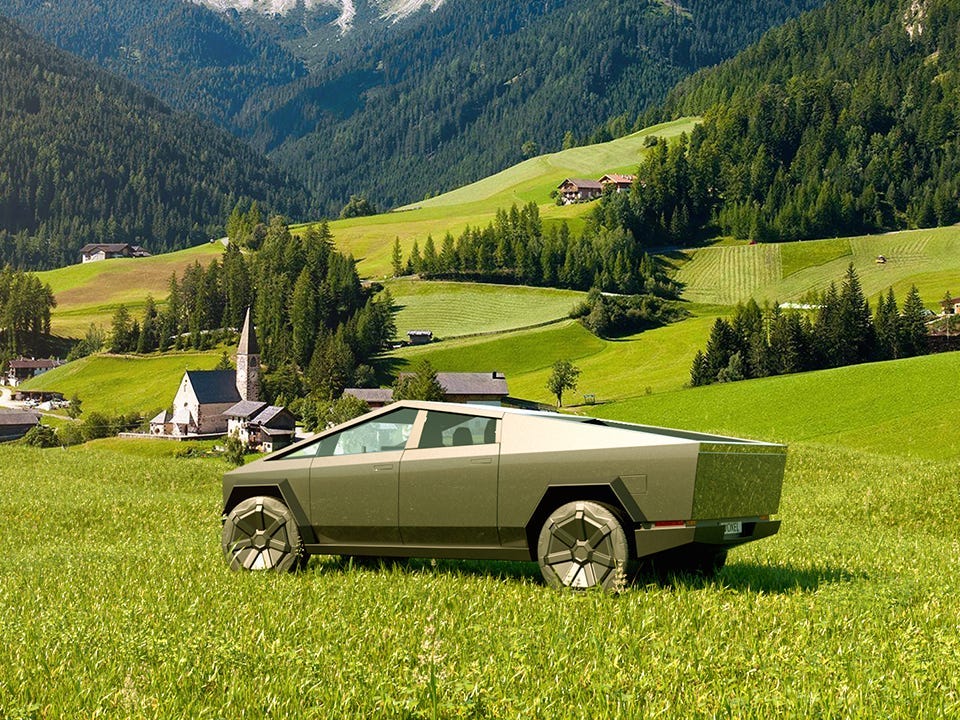 CyberLandrSteam It says the isn’t visible when it’s stowed away.

Because of this, the CyberLandr is ideal for people who want to get off the grid, as well as for first responders, fishing trips, and even emergencies, Steam It says.

Inside, it has freestanding chairs that recline and transform into an RV-size queen bed. There is additional sleeping space underneath this, which Steam It says makes it suitable for two adults and two children, or three adults, and a 81cm 4k UHD Smart TV, alongside surround sound audio.

During the day, the chairs can also be moved outside of the CyberLandr to enjoy the scenery. 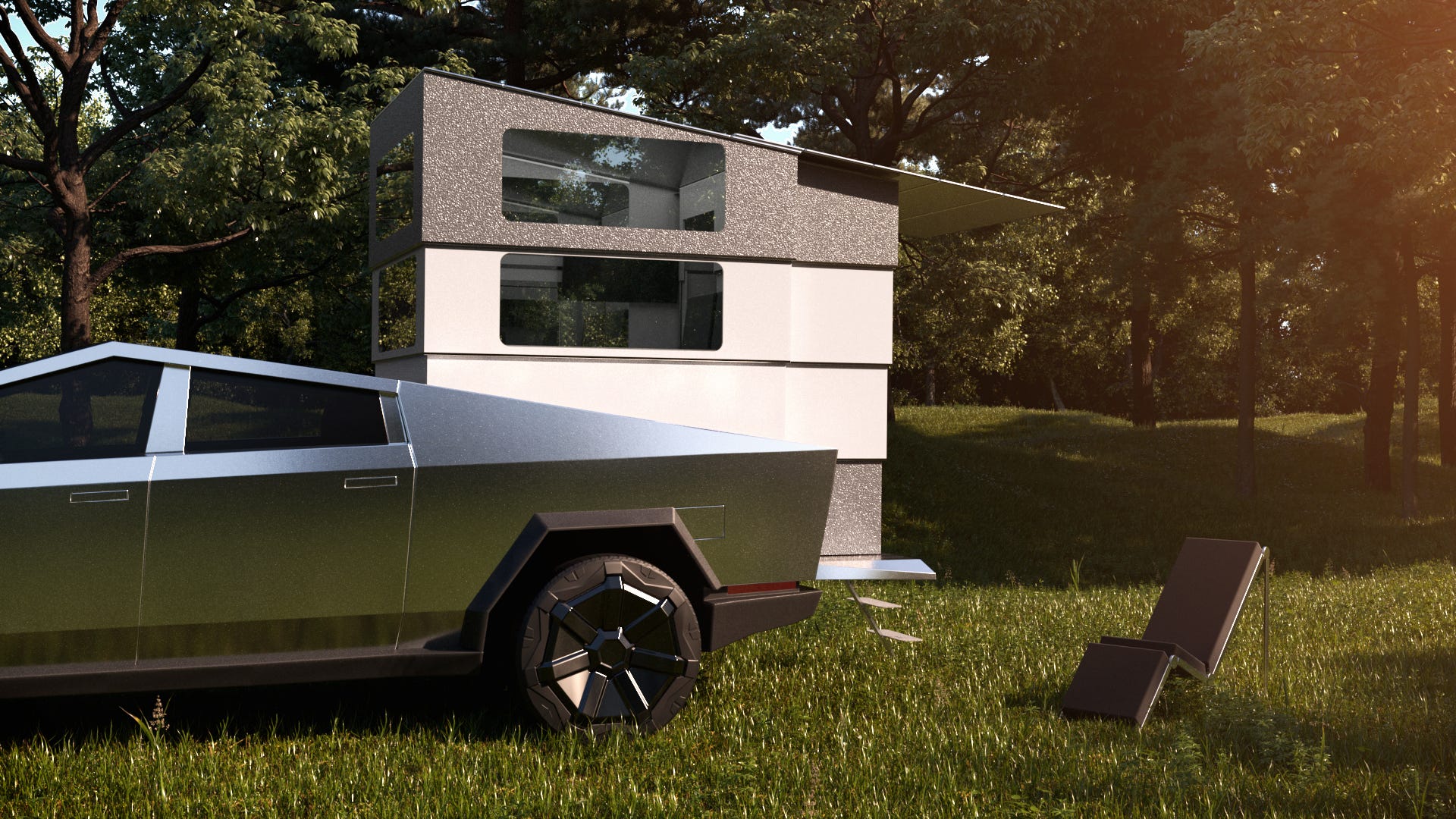 CyberLandrThe chairs can be removed from the .

The kitchen area contains more than 5 square feet of working space, an invisible induction cooktop, and a sink with a smart faucet you can control with your voice.

It has a “spa-style” recirculating shower, which Steam It says means you won’t run out of hot water. There is also a dry-flush toilet with a self-cleaning bowl. The bathroom area also comes with one heated porcelain floor tile.

You can top up the vehicle’s water supply using clear water from a stream or lake, which is then filtered by an on-board system with UV sterilization. 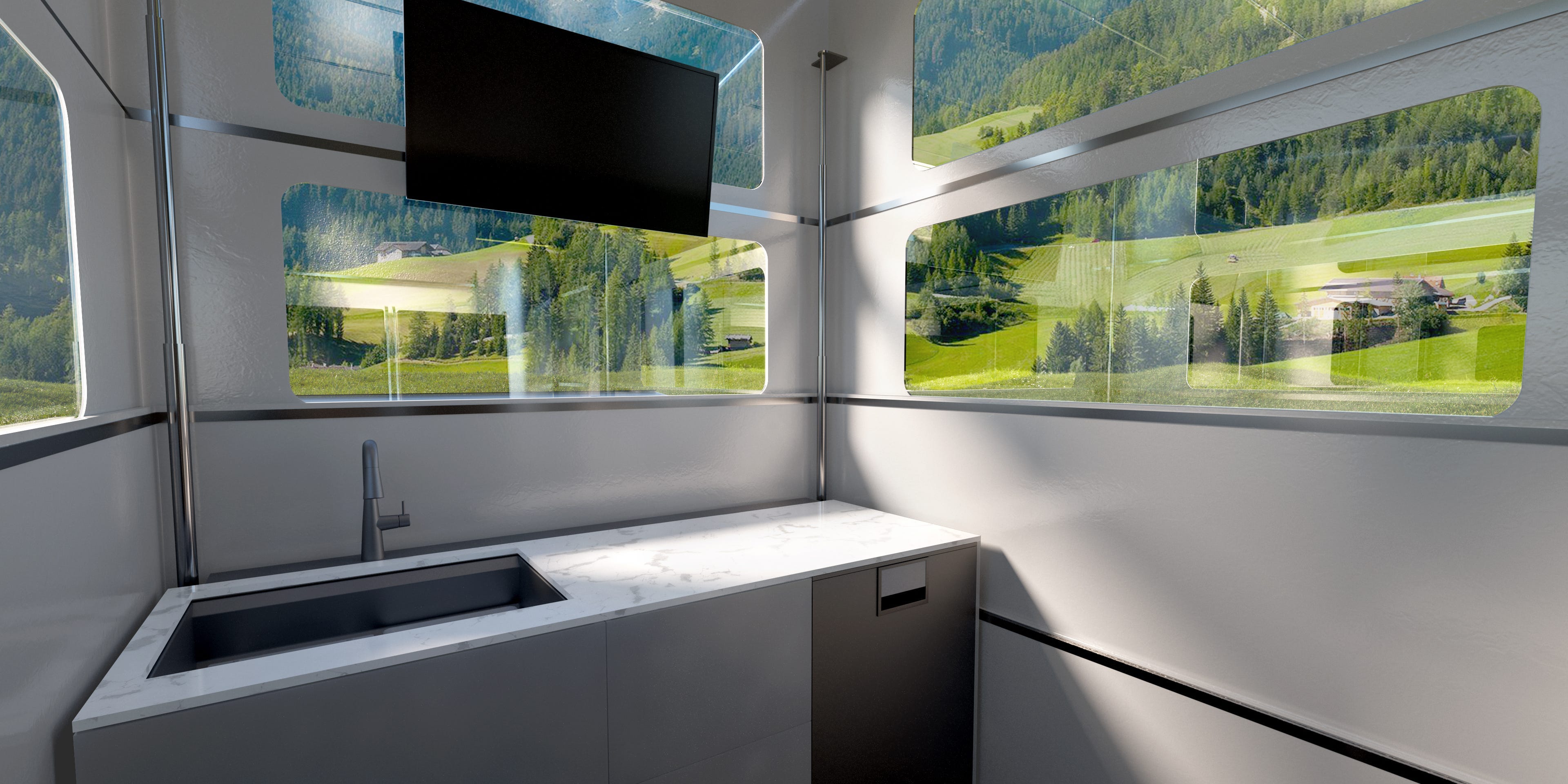 CyberLandrThe has a compact kitchen space and comes with a smart TV.

The campervan attachment also comes with a range of technology, including a Starlink dish, developed by Musk’s aerospace company SpaceX, though CyberLandr owners will have to buy their own subscription to this.

Like the Cybertruck, the CyberLandr is completely powered by electricity and has built-in voice-activated controls, which let you change the climate and lighting and even dim its windows.

The CyberLandr is also controlled by an app, which you can use to deploy and stow the campervan attachment, as well as view its surround surveillance system. The company says the CyberLandr also supports over-the-air updates so it continues to improve over time.

Stream It is enthusiastically forging ahead but without a concrete release date for the Cybertruck, it remains to be seen whether the company’s strategy will all go to plan.