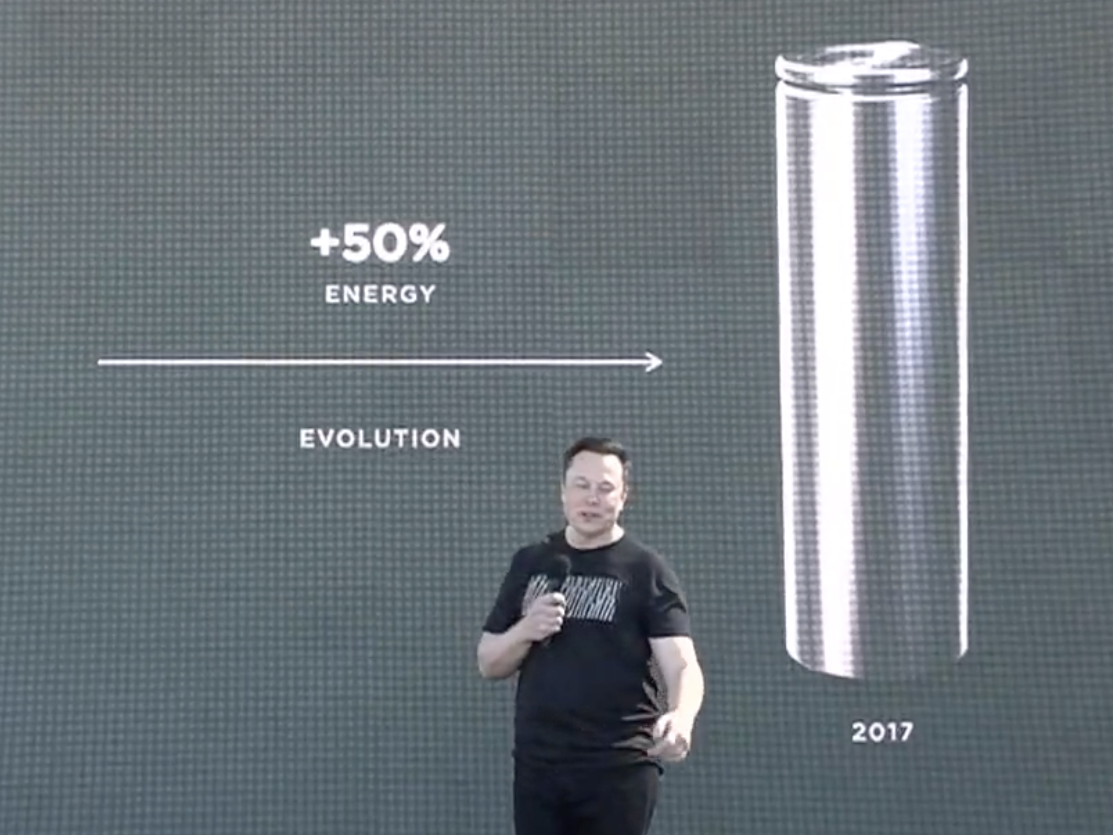 Tesla/YoutubeEven if the logic is sound, the ambition, experts told us, ‘stretches the bounds of imagination.’ But audacity tends to work in Musk’s favour over the long run.

Going into Tesla’s long anticipated Battery Day, even the most casual observer of the electric-car maker knew that CEO Elon Musk would promise something big. Probably several somethings big. So nobody was surprised to see Musk spend more than an hour discussing Tesla’s decision to start producing its own battery cells with a new architecture and various chemical upgrades, while an audience sitting in a parking lot full of Tesla cars honked their approval. Along the way, he announced plans to build a very nearly truly cheap $US25,000 EV and a much more expensive Model S Plaid, which you can already watch whipping around the famed Laguna Seca racetrack.

Even if the logic is sound, the ambition, experts told us,“stretches the bounds of imagination.” But audacity tends to work in Musk’s favour over the long run.

If you missed Battery Day or just need a recap, check out our full breakdown of the event. Read on below for more news from this week, including Nikola’s rough patch, new efforts from airlines to get people back into the air, a swanky new pickup tailgate, and more.

And if you haven’t yet, sign up here to get this newsletter in your inbox every week.

While Tesla charted its future, electric truck startup Nikola dealt with allegations of fraud and the resignation of founder and chairman Trevor Milton (he still owns a $US2.6 billion stake in the company). The sudden onslaught of bad headlines cast questions on Nikola’s recently signed deal with General Motors â€” a deal that accounted for everything except Milton himself.

Volkswagen made 4 key moves to give the all-electric ID.4 a shot at outselling Tesla â€” and its gas-powered competition

Tesla may dominate EVs, but mainstream automakers are far from giving up on the space â€” especially now that California, the country’s largest car market, wants to ban the sale of new gas- and diesel-powered cars and trucks come 2035. The latest competitor for the mass market comes from Volkswagen, which took care to ensure its new ID.4 will appeal to American tastes.

Of all the ways humans pump carbon emissions into the atmosphere, aviation may be the trickiest to mitigate. Simply put, there’s no good way to put people in the air without burning jet fuel. Not yet, anyway: By 2035, Airbus says it will be able to put a zero-emission, hydrogen-powered passenger aircraft into service. For now, though, all it can show us are three new concept planes that will guide its mission to make that happen.