Tesla's Autopilot confused a Burger King sign for a stop sign. The fast-food chain turned it into an ad. 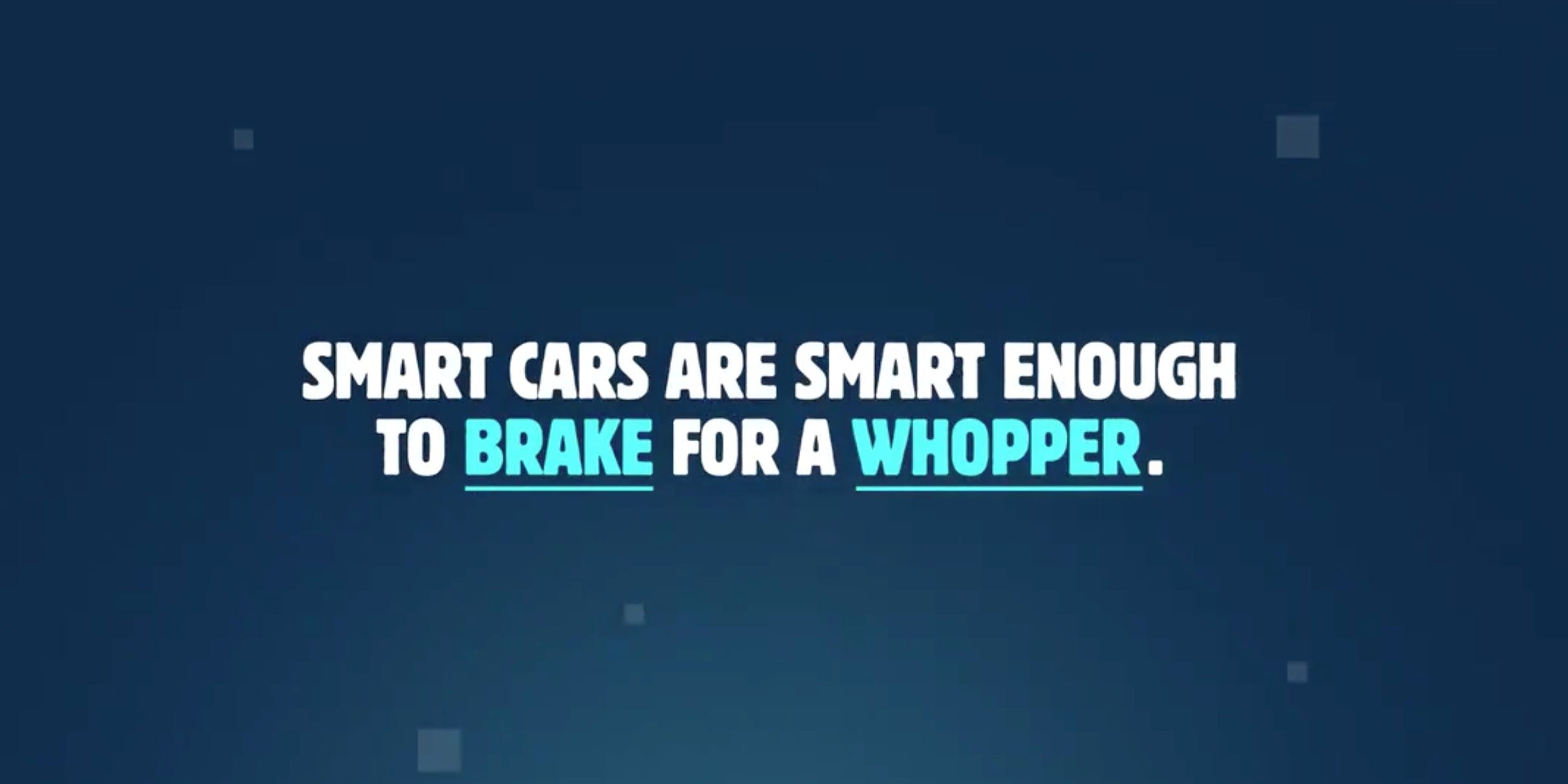 Burger King figured out a way to turn a Tesla Autopilot error into marketing.

The fast-food chain on Tuesday released an ad that uses part of a YouTube video in which Tesla’s assisted-driving feature mistakes a Burger King sign for a stop sign and begins to stop.

Tesla knew its Model S battery had a design flaw that could lead to leaks and, ultimately, fires starting in 2012. It sold the car anyway.

“Smart cars are smart enough to brake for a whopper,” the ad says, offering a free burger to smart-car owners who post a photo at a restaurant. “Artificial intelligence knows what you crave.”

The original video appears to be from a May 10 post on YouTube by EV.network. In the six weeks since, it’s racked up only a little over 1,000 views.

“Just as I come over this hill, there’s a Burger King sign that’s down the hill, and it’s going to try to stop,” the driver says in the video. “‘Stopping for traffic control, over and over again, and then it figures it out.”

Tesla’s Autopilot is no stranger to internet videos showing its errors as the company collects data to improve the software. Still, the company’s marketing materials and CEO Elon Musk’s comments about “full self-driving” have come under scrutiny as misleading and dangerous.

I did have "Tesla will fail to deliver anything that can reasonably be called 'feature complete Full Self-Driving'" on my 2020 bingo card, but I did NOT have "Tesla's perception system will be so bad that it inspires a fast food promotion"… but that's 2020 for you!