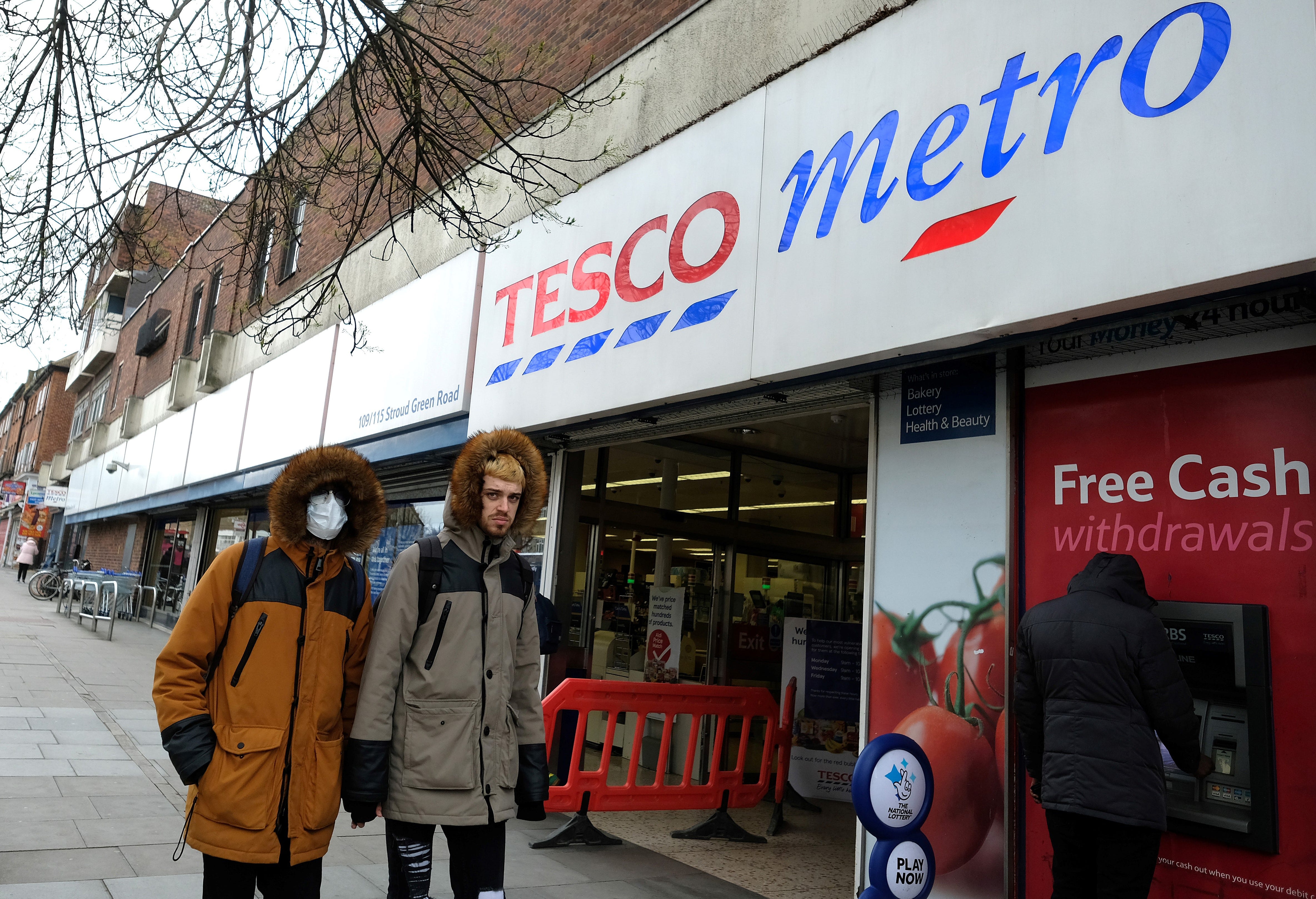 ISABEL INFANTES/AFP via Getty Imagesperson wearing a face mask as a precautionary measure against COVID-19, walks past a Tesco supermarket store in north London on March 31, 2020, as life in Britain continues during the nationwide lockdown to combat the novel coronavirus pandemic. – The novel coronavirus pandemic has so far claimed nearly 38,000 lives worldwide in a health crisis that is rapidly reorganising political power, hammering the global economy and the daily existence of some 3.6 billion people

A branch of British grocery giant Tesco near Cardiff, Wales, refused to sell sanitary products to customers on Monday, claiming they were “non-essential” goods.

The retailer initially doubled down on the refusal, tweeting that it had been told by the Welsh government not to sell sanitary products during lockdown. But it later deleted the tweet and apologised.

The Welsh government has issued a 17-day “firebreak” lockdown that bans the sale of non-essential items including clothing, homeware, electronics, and toys. Grocery stores have to close down the parts of their shops selling non-essential items.

One customer tweeted Monday that she was “raging and in tears” after being unable to access the products at Tesco’s St Mellons store, near Cardiff, which were in a cordoned-off aisle.

Her daughter added that Tesco staff warned they couldn’t buy the products.

Tesco, which is Britain’s biggest retailer, responded by tweeting: “We have been told by the Welsh Government not to sell these items for the duration of the firebreak lockdown.”

The Welsh Government then stepped in, tweeting: “This is wrong â€” period products are essential.”

The supermarket later said that particular aisle of the store had been cordoned off because of a burglary of beauty products, which was confirmed by South Wales Police.

“Of course sanitary products are essential items and are available to customers in all of our stores, including those in Wales,” it said. “The reply to this customer was sent by mistake and we’re very sorry for any confusion caused.”

The Welsh government has been criticised by both residents and businesses for the non-essential products policy, and more than 60,000 people have signed a petition asking them to overturn the rule, calling it “disproportionate and cruel.”