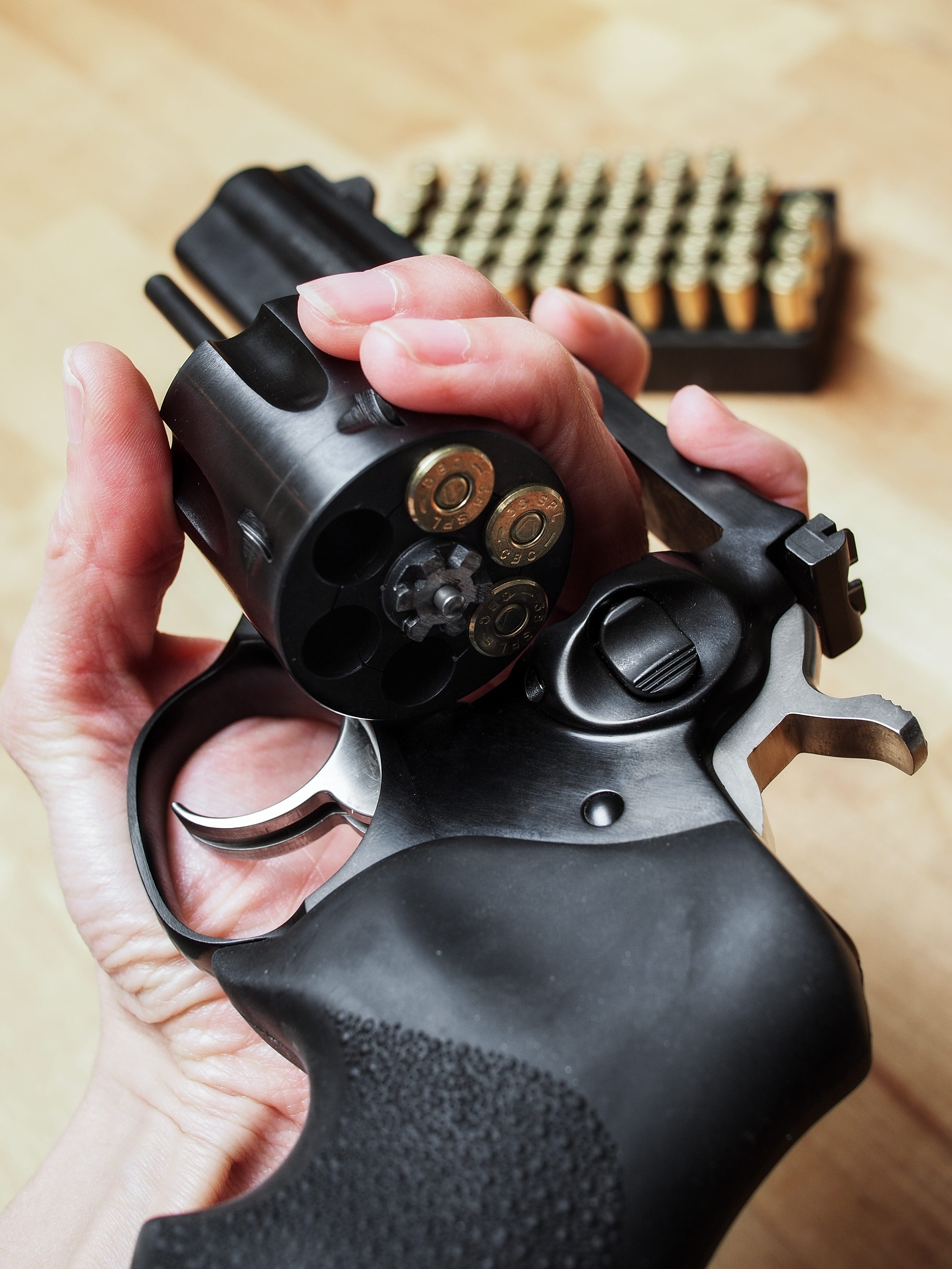 Paula Thomas/Getty ImagesA close up of a woman holding a black revolver with the cylinder open, half loaded with 38 special ammunition.

Authorities arrested a 19-year-old Texas woman after learning she shot her 10-year-old nephew, according to Harris County Sheriff Ed Gonzalez.

Sheriff deputies responded to an apartment in Houston on Tuesday and learned that Caitlyn Smith had been filming herself playing with a handgun and accidentally shot her nearby nephew.

“The investigation revealed that the 19-year-old defendant was videoing herself with the handgun,” Senior deputy Thomas Gilliland told Insider. “While she attempted to eject the magazine, her finger was on the trigger and discharged striking the 10-year-old male.”

Update: the 10-yr-old child is listed in serious condition but is expected to make a full recovery. The child’s aunt, Caitlyn Smith (w/f 19 yrs), has been arrested & charged with Injury to a Child-serious bodily injury. (2nd degree felony). Great work by our Child Abuse Unit and https://t.co/ik5tSVKoRy

The boy was critically injured, but his condition has since improved to “serious,” Gonzalez tweeted.

He is “expected to make a full recovery,” Gonzalez said,

Smith has been charged with “injury to a child-serious bodily injury,” Gonzalez said.

At least 15,292 people were fatally shot in the US in 2019, excluding suicides, according to the Gun Violence Archive.

Firearm-related injuries were the second leading cause of death for children in the US in 2016, according to The Trace.