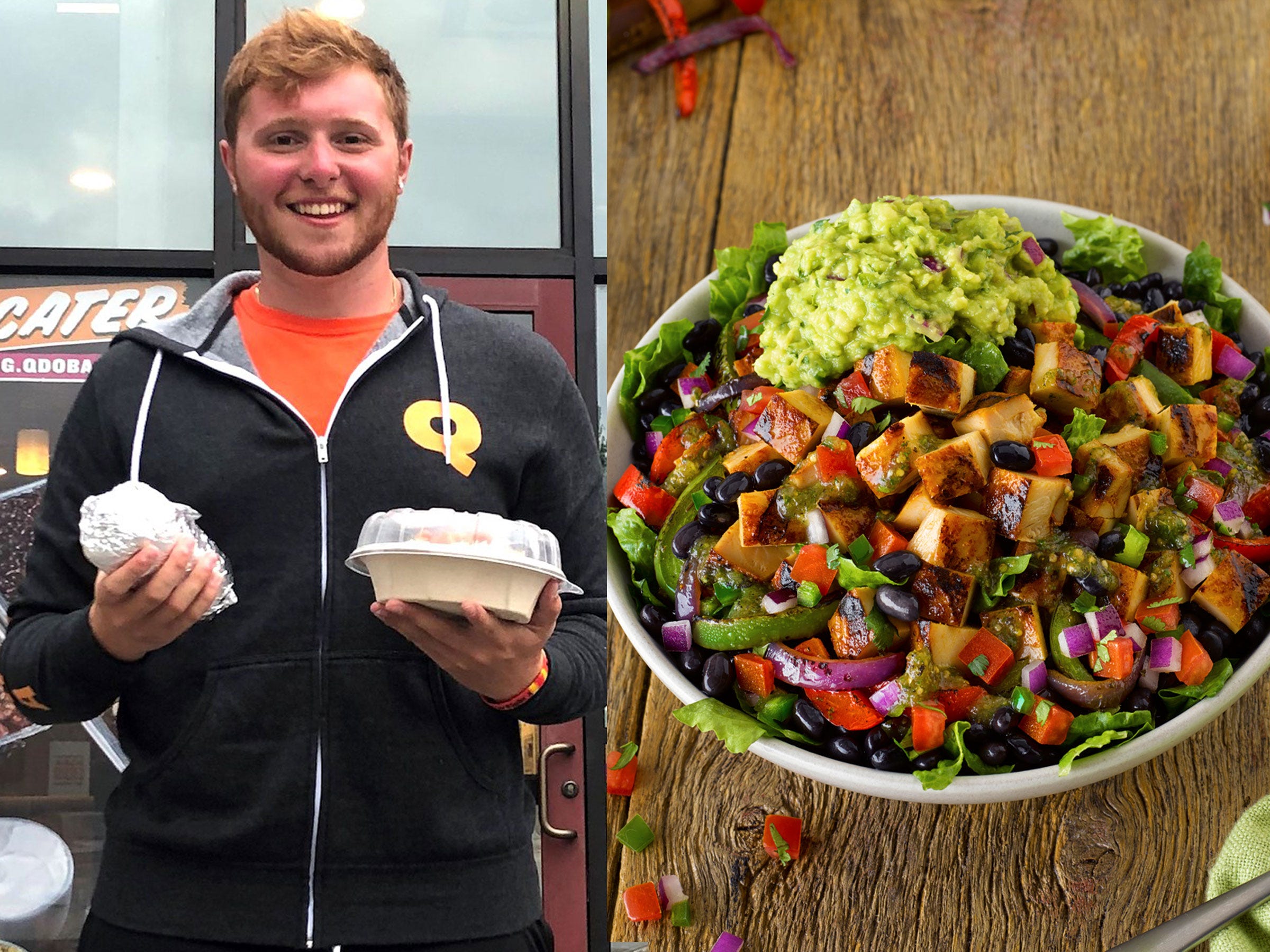 Alex Tiso/QdobaNew York teen Alex Tiso wrote his college essay on burrito bowls and got into his dream school.

Countless college essays explore athletic feats, trips overseas, and those all-important future goals. But how many are an ode to burrito bowls?

At least one thanks to Alex Tiso, whose essay on a Qdoba burrito bowl helped earn him a spot at his dream school.

Little did Tiso know, those 543 words dedicated to brisket and queso would also get him a year’s supply of free food – and his own bowl on the Qdoba menu. 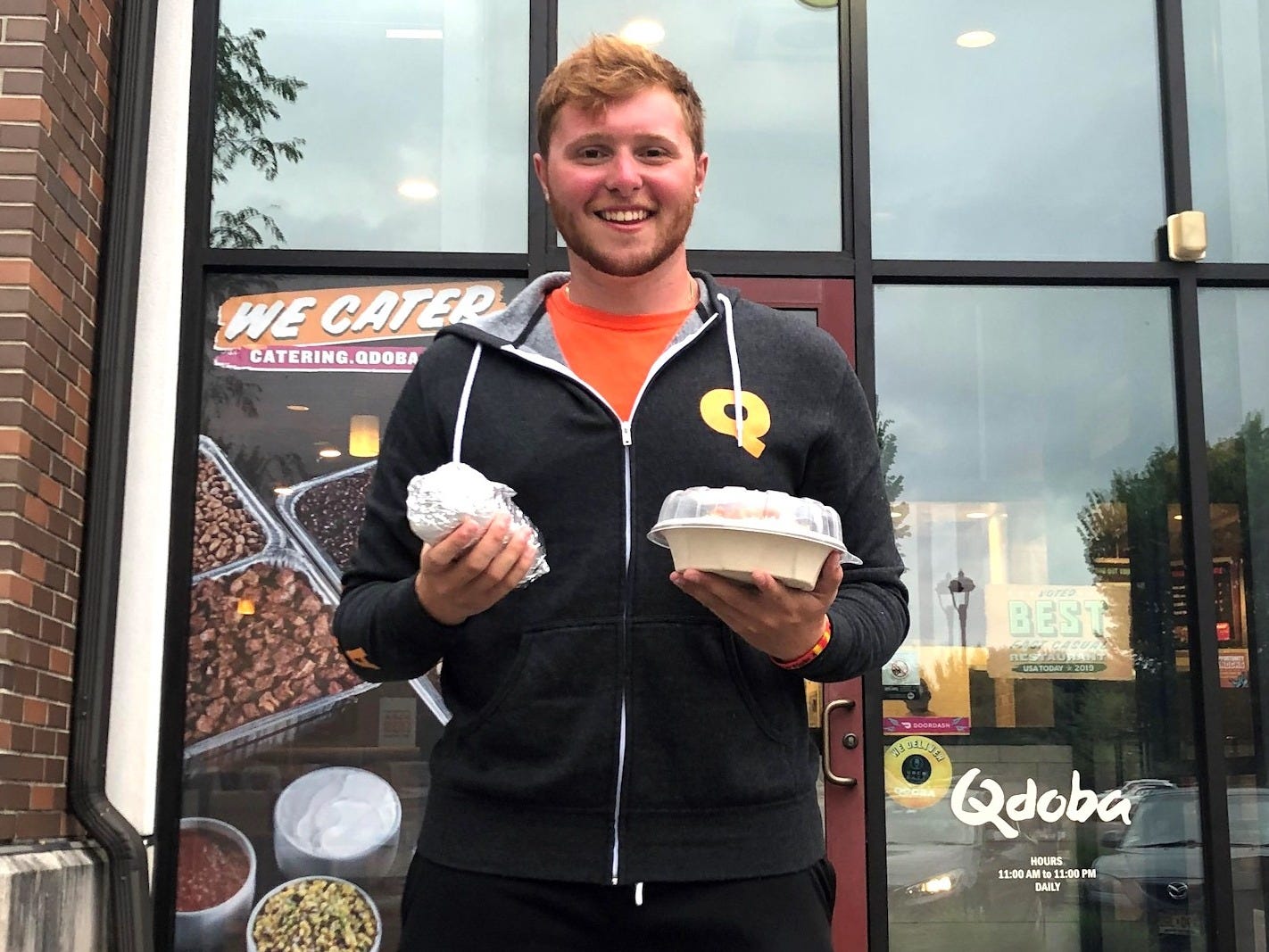 The 18-year-old, who lives in New York, told Insider that he got the idea for his University of Delaware application essay after receiving advice from an English teacher.

“You have to make the story unique,” she told him. “There’s so many people who write about a loss in their family, or a sports injury, and more bad stories that turn into good. Even though that story is meaningful to you, that’s not going to stick out. You want to write something different, that no one’s done before.”

The teacher then told Tiso about someone she knew who had written about their favourite food. A light bulb went off. 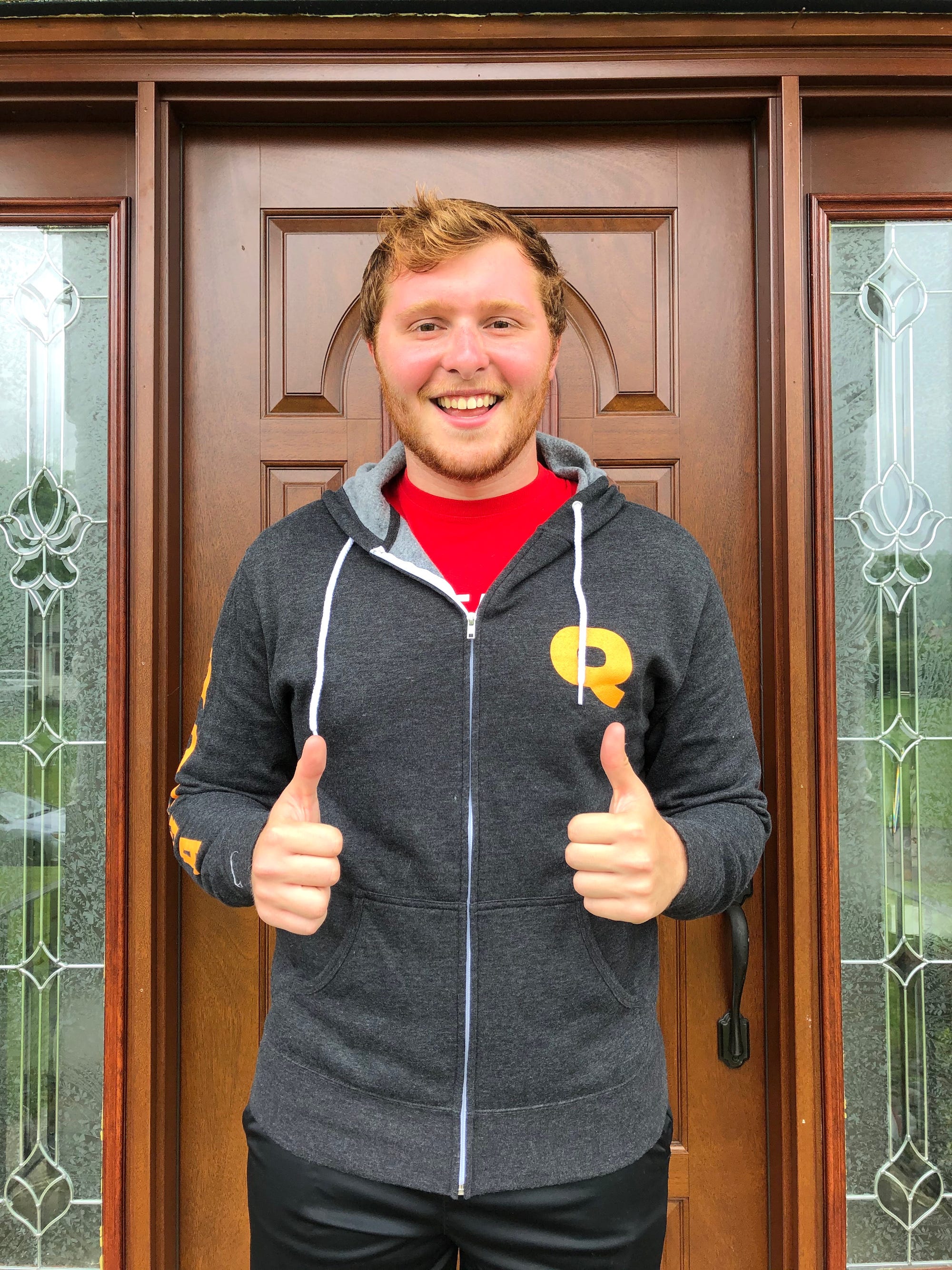 Alex TisoTiso knew he wanted his college essay to stand out.

The teen said the staff at his local Qdoba knows him so well that the manager greets him when he walks in every week. And Tiso’s order is always the same: A burrito bowl with white rice, brisket, black beans, bacon, extra queso, and every single topping.

Tiso turned these ingredients into the foundation of his essay, using the layers of a burrito bowl to explore different aspects of his personality.

“There is another side of me that can be a ‘social butterfly’ which makes me ‘the cheese’ of the bowl,” he explains in one section of the essay. “Just like queso, I can adapt to any situation, an ability that is especially prominent when it comes to interacting with new people.”

“Like me, guacamole always brings ‘something else’ to the party,” he writes in another. “You have chips? Add guac. Got pita bread? Make guac. You made eggs and toast? Get the guac! I add another perspective to any conversation or setting.” 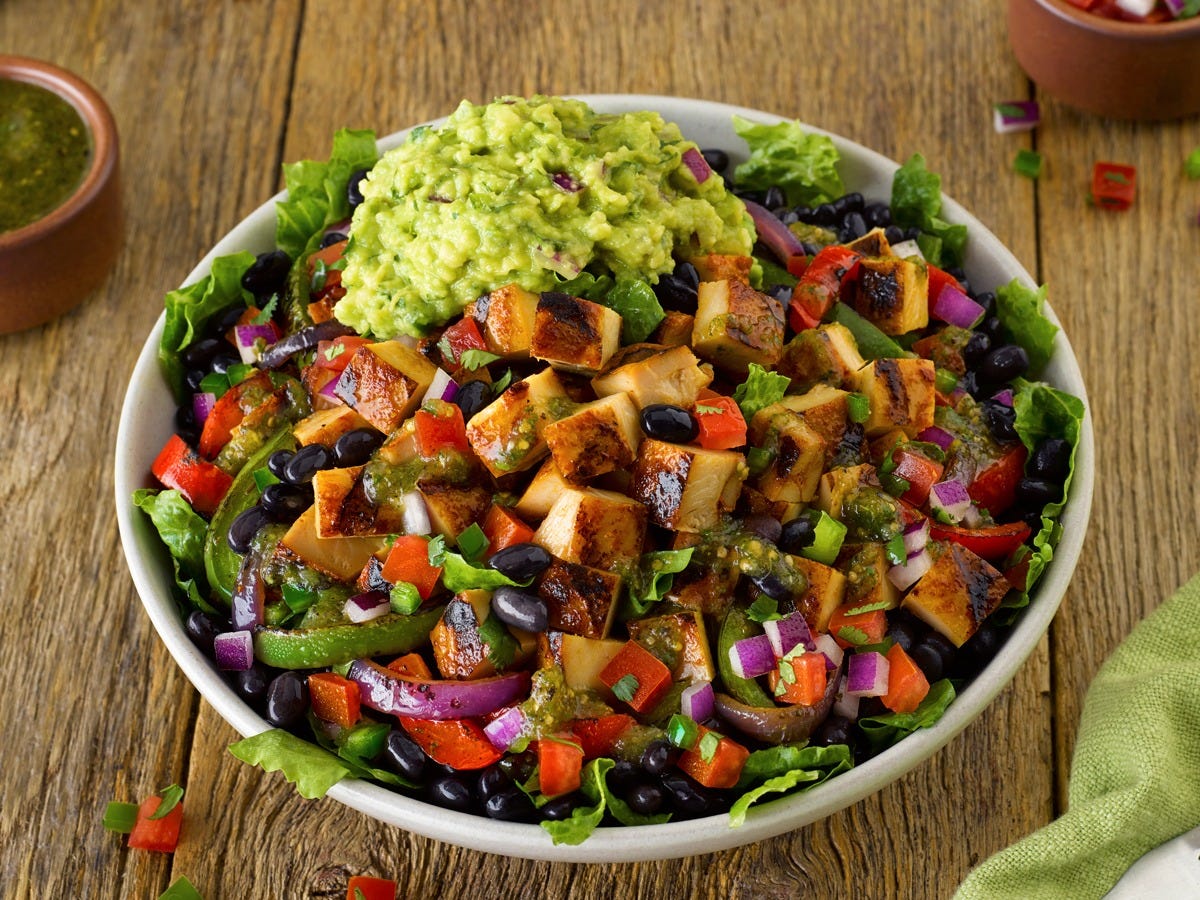 Months after Tiso turned in his application, he got a call from the English teacher who inspired his essay

The teacher told Tiso that someone she knew had been talking to an admissions counselor at the University of Delaware, who was praising one of the best college essays they’d read. It was about a burrito bowl.

“I was extremely shocked,” Tiso said. “What are the odds that someone else is writing about a burrito bowl the same year as me?”

Not long after, Tiso got his acceptance letter. 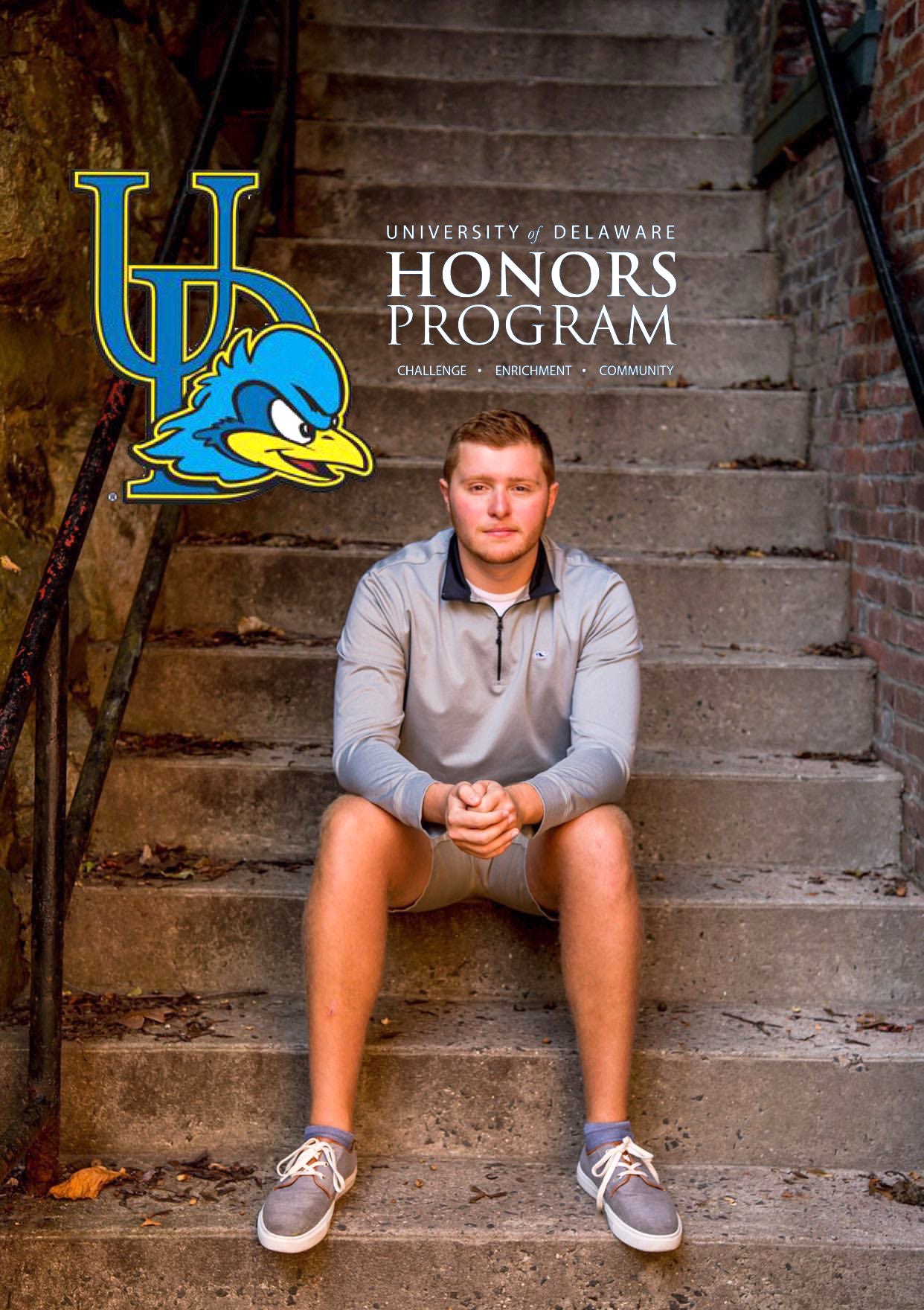 Alex TisoTiso was ecstatic when he got into the University of Delaware, his dream school.

When the pandemic hit, Tiso decided it would be a good time to thank Qdoba

“I wanted to say thank you for helping me get into college,” he said. “But I also knew that one of the biggest industries affected by this pandemic was the restaurant industry, and I wanted to brighten someone’s day and let someone know that their restaurant had such an impact on me and helped me get into this school.”

Tiso sent a note through the contact form on Qdoba’s website and was shocked when, a few hours later, there was a response from Keith Guilbault, the company’s CEO, waiting in his inbox.

An executive invited Tiso on a Zoom call so he could meet members of the Qdoba team. It was then that Tiso got the surprise of his dreams.

“We’re really excited about your journey to the University of Delaware and I know, based on your essay, you’re going to be an amazing asset for them,” Guilbault told Tiso during the call. “We’re going to help you, to make sure that you’re not a starving college student, and we’re going to provide you Qdoba for a year.” 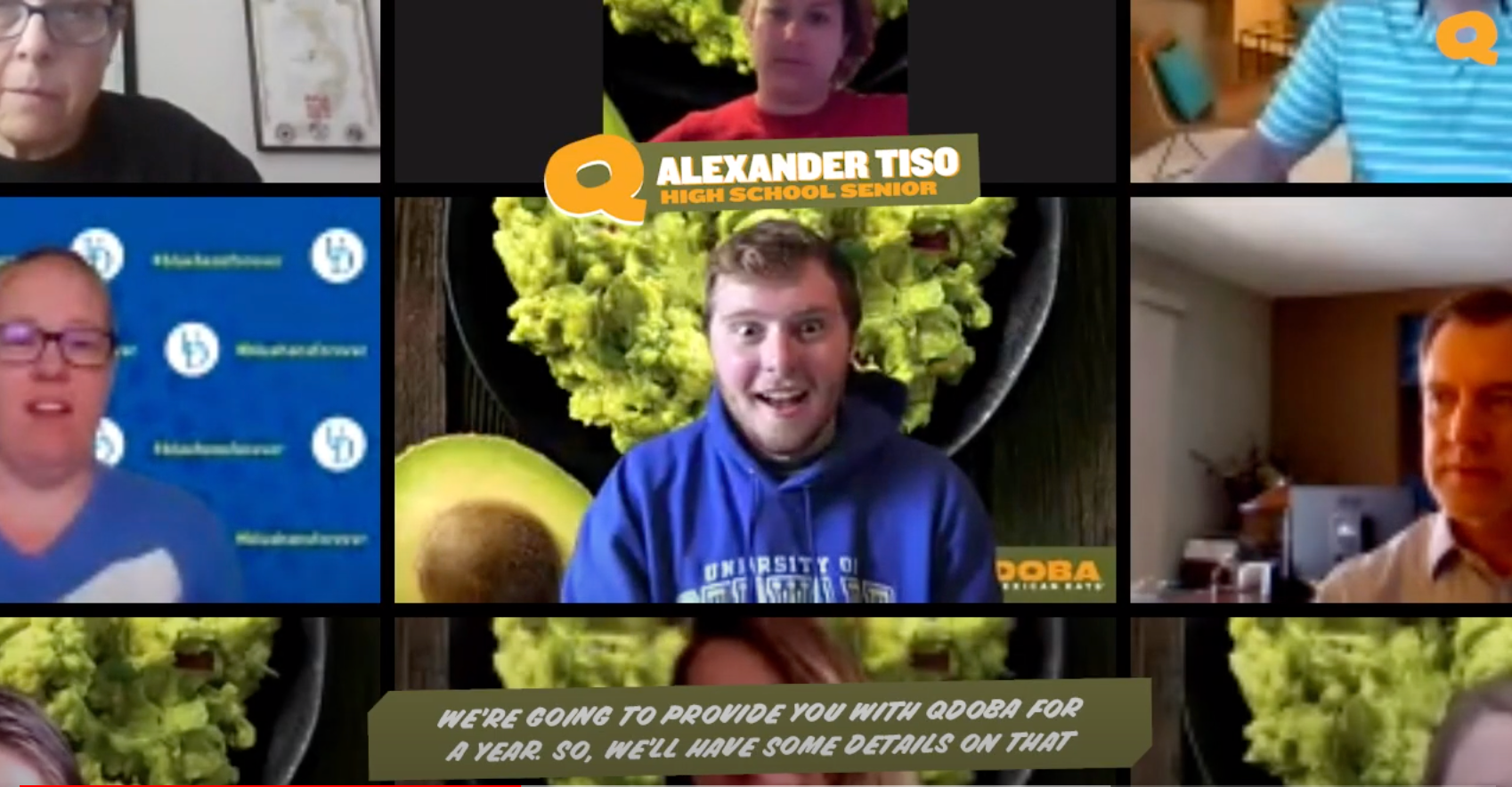 QdobaTiso’s mouth dropped when he found out he was getting free Qdoba for a year.

Katy Velazquez, the company’s executive chef, told Tiso that she had also named a burrito bowl after him

“It’s going to have all of your favourite things,” Velazquez said. “Rice, black beans, brisket, and double queso.”

Tiso’s mouth dropped as he learned that his bowl would appear on the menu at the Qdoba right next to the University of Delaware’s campus. QdobaAnd the teen’s mouth dropped again when he found out he was getting a burrito bowl named after him.

“That meeting was one of the only times I’ve been speechless,” he told Insider. “I was just sitting there in so much shock. My brother was standing behind the computer, ecstatic. He was like, ‘I’m getting free food!'”

While Tiso is looking forward to a year of free burrito bowls, he won’t be at Qdoba every single day.

“I’m gonna try and limit that freshman 15,” he said. “But I’m definitely going to be there a lot.”

Representatives for the University of Delaware did not immediately respond to Insider’s request for comment.