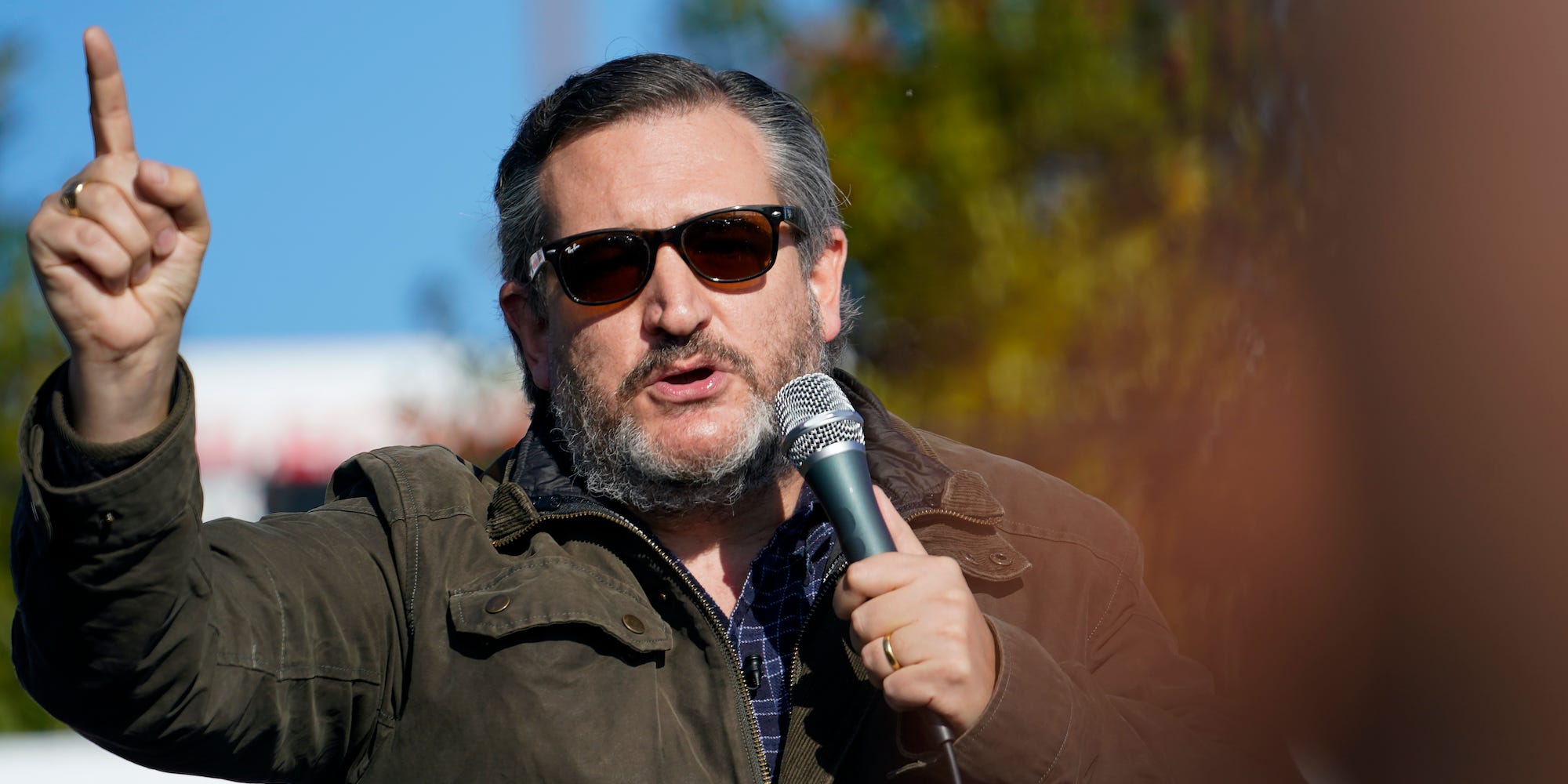 Brynn Anderson/APRepublican Sen. Ted Cruz of Texas at a campaign rally in Georgia on January 2.

Sen. Ted Cruz of Texas kicked off Joe Biden’s nascent presidency by attacking his decision to rejoin the Paris climate agreement â€” though his choice of metaphor missed the mark.

Biden issued more than a dozen executive orders within hours after being sworn-in Wednesday, including one to rejoin the Paris accord â€” adopted by nearly every country â€” to reduce emissions. The US is second-largest producer of carbon emissions, following China.

Biden’s predecessor, President Donald Trump, pulled out of the deal early in his term.

Cruz argued in a statement that rejoining the agreement would result in a sustained loss of US jobs and that “by signing this order, President Biden indicates that he’s more interested in the views of the citizens of Paris than in the jobs of the citizens of Pittsburgh.”

“Rejoining the Paris climate agreement will do little to affect the climate, and will harm the livelihoods of everyday Americans all across the country,” Cruz said.

While France is one of the 195 signatories of the Paris accord, the international agreement is not designed to appeal to or benefit Parisians in particular.

The 2015 agreement was signed by world leaders in Paris, similar to the way the Geneva Conventions for armed conflict and its treaties around the world originated in Geneva.

As for Pittsburgh, the city has appeared comfortable targeting carbon emissions. It has exceeded its commitment to the Paris accord and already met its 2030 goal of 100% renewable energy for city operations, according to the city’s Democratic mayor,Bill Peduto.

Trump’s initial withdrawal from the agreement had incensed Peduto, as well as Mayor Anne Hidalgo of Paris, prompting the two to write an opinion article announcing “that we’re more united than ever.”

“But the only way to do right by Pittsburghers and Parisians is to abide by the principles of the Paris Agreement, which guarantees the future health and prosperity of both of our cities â€” and every other city in the world,” the two mayors wrote.

Peduto, who was critical of Trump’s presidency, also took note that Cruz was among of the handful of Republican senators who formally objected to the results of the 2020 US presidential election â€” an objection that the mayor said attempted to disenfranchise Pennsylvanian voters.

Pittsburgh is part of Allegheny County, which overwhelmingly voted for the Democrat Hillary Clinton in 2016 and Biden in 2020.

Pennsylvania overall voted for Trump in 2016, however, and was considered a key battleground state in the latest election. After Biden’s victory became clear, it was among the states where the Trump campaign and some of the president’s allies sought to overturn the election results over debunked claims of voter fraud.

Though federal judges repeatedly struck down Biden’s opponents’ legal challenges â€” which argued few of the more incendiary claims being made in public â€” some Republican lawmakers continued to entertain unproven allegations of voting irregularities.

The objections and comments raised by Republican lawmakers such as Cruz helped legitimise the discontent that paved the way for the deadly January 6 riot at the US Capitol.

“Are you kidding me? Here we go, again,” Peduto said on Twitter in response to Cruz’s new Paris-Pittsburgh comparison.

Cruz’s office did not immediately respond to a request for comment Wednesday evening.