Ted Cruz is 'honoured' Trump is considering him for a Supreme Court seat, but he said he's not interested in leaving the Senate 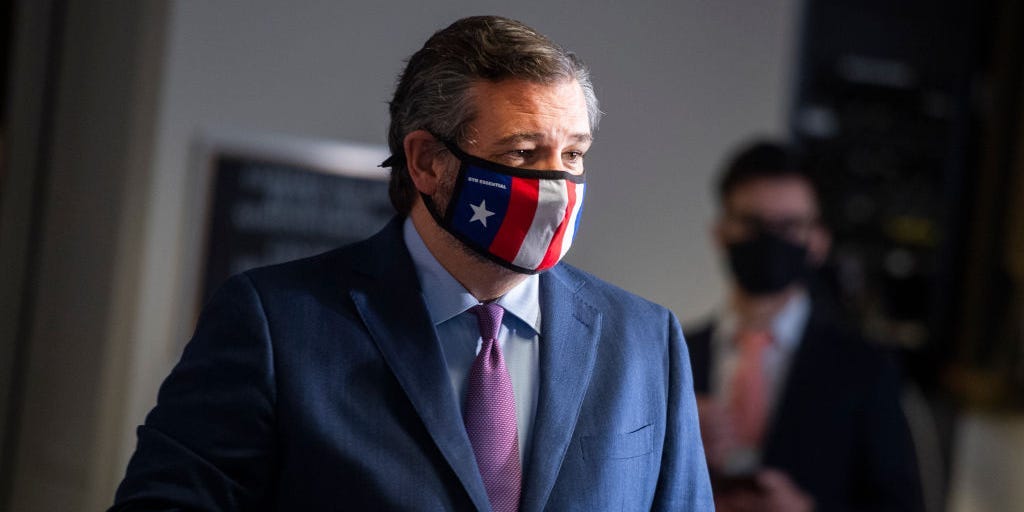 Texas Sen. Ted Cruz on Sunday said he was honoured by â€” but not interested in â€” an appointment to the US Supreme Court after President Donald Trump last week included his name on a list of potential future nominees to the nation’s highest court.

“It is deeply honouring,” Cruz said during an appearance on Fox News’ “Sunday Morning Futures” when host Mario Bartiromo asked if he was interested in the appointment. “It’s humbling to be included in the list. I’m grateful that the president has that confidence in me.”

“But it’s not the desire of my heart,” he continued, adding that he wanted to stay in the US Senate. “I want to be in the political fight. I want to be fighting to nominate and confirm three, four, five principled constitutionalist justices.”

Last Wednesday, Trump released a list of 20 names of individuals he would consider nominating to the Supreme Court should he be re-elected to serve a second term as president. Among those, he said he was considering three GOP senators: Sens. Cruz, Josh Hawley of Missouri, and Sen. Tom Cotton of Arkansas.

As Business Insider previously reported, while there are no current vacancies on the court, it’s possible the next president â€” either Trump or the Democratic Party nominee Joe Biden â€” will be tasked with nominating two or more new justices to replace ageing justices Ruth Bader Ginsburg, 87, and Stephen Breyer, 82. Clearance Thomas, the third-oldest justice, is 72 years old.

So far during his first term, Trump nominated Justices Neil Gorsuch and Brett Kavanaugh, who were both confirmed to the court by the Senate.

Hawley similarly said he was not interested in leaving the Senate for a spot on the Supreme Court, tweeting Wednesday that “Missourians elected me to fight for them in the Senate, and I have no interest in the high court.”

I appreciate the President’s confidence in listing me as a potential Supreme Court nominee. But as I told the President, Missourians elected me to fight for them in the Senate, and I have no interest in the high court. I look forward to confirming constitutional conservatives

Cotton, on the other hand, appeared interested in the role, tweeting “It’s time for Roe v. Wade to go” after the president’s list was released Wednesday.

“I’m honoured that President Trump asked me to consider serving on the Supreme Court and I’m grateful for his confidence. I will always heed the call of service to our nation,” Cotton said in a statement.

He added: “The Supreme Court could use some more justices who understand the difference between applying the law and making the law, which the Court does when it invents a right to an abortion, infringes on religious freedom, and erodes the Second Amendment.”