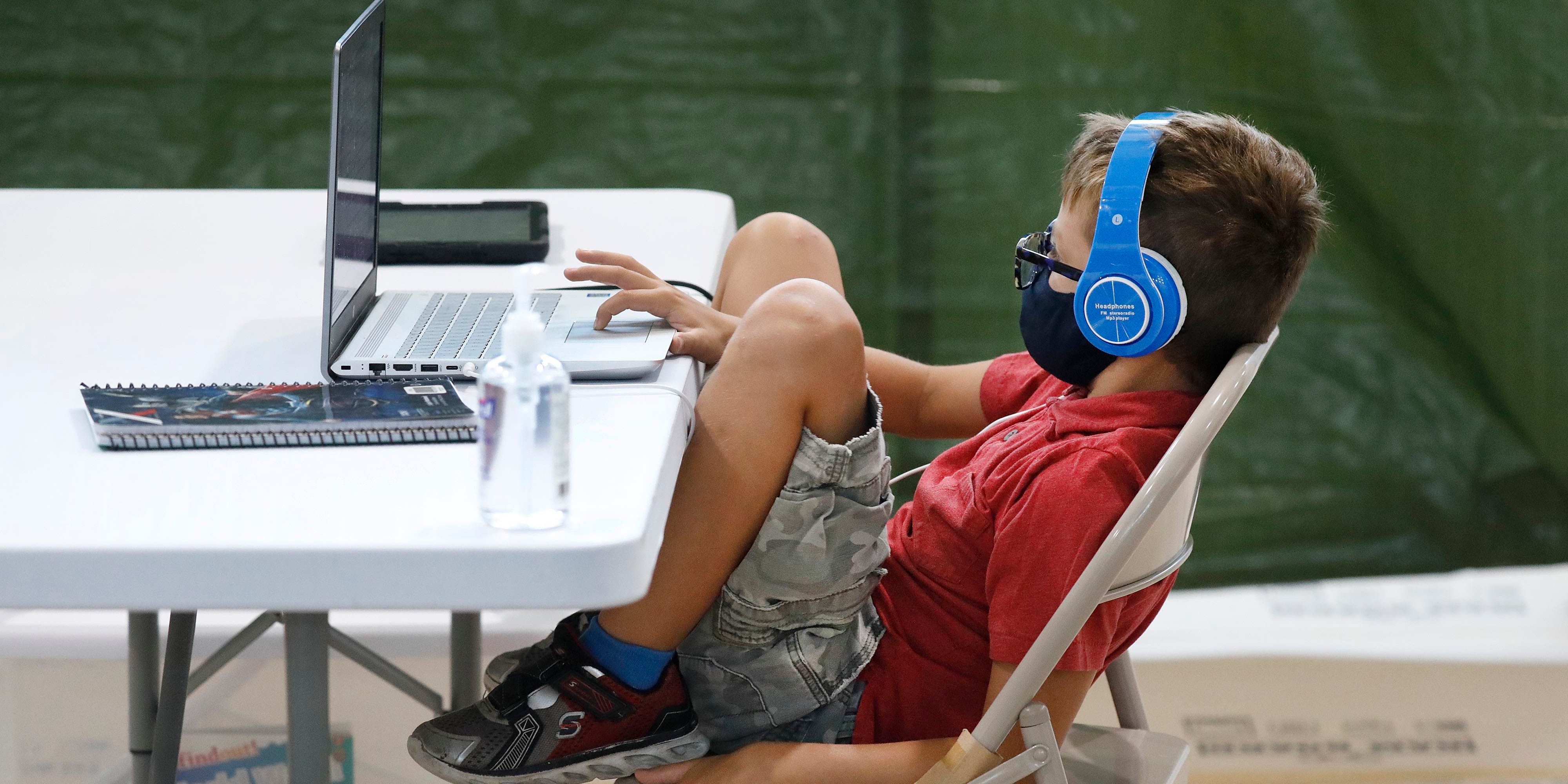 All over the US, teachers unions are signalling that they simply don’t want to teach in-person until the pandemic is over.

Take for example Fairfax, Virginia, where the bad-faith tactics of the union â€” operating more like a politically-powerful special interest group â€” are on full display.

In October 2020, Fairfax officials put forward a plan that would gradually resume in-person learning in Fairfax public schools. The plan was modest, offering students a hybrid model of virtual and in-person learning, beginning with just two days a week in an actual school building, and additional safety measures for staff and students.

The local teachers union, Fairfax Education Association (FEA), immediately countered: “no one should return to in person instruction until there is a widely available scientifically proven vaccine or highly effective treatment” and 14 days of zero community spread of the coronavirus.

Failing that, the FEA called for schooling to be fully-remote through the end of the 2020-21 school year. That would mean a full year-and-a-half for Fairfax kids to be out of school, with nothing resembling a pledge from the teachers union that in-person instruction would resume in September 2021.

As a result of this hard stance by the union, Fairfax teachers were bumped up in the vaccination priority line, ahead of the private and parochial teachers who had been teaching in-person for months.

But now the union says Fairfax teachers will still not return to school until the students are vaccinated.

Given that there is currently no FDA-approved vaccine for anyone under the age of 14, and that even with mass vaccinations a zero-spread of the virus is virtually impossible, the unions ought to be upfront with parents and students enduring utterly ineffective virtual learning and say what their actions show.

The teachers’ unions don’t want their members to come back to school until COVID is completely eradicated. Period.

Throughout the pandemic, we’ve been told to “listen to the science.”

Dr. Anthony Fauci said plainly “the default position should be to try as best as possible within reason to keep the children in school, or to get them back to school.”

Robert Redfield, until recently the director of the Centres for Disease Control said that for kids, school is “one of the safest places they can be” and that despite an out of control pandemic, the data shows schools “really are not where we’re having our challenges.”

Writing in the Washington Post, Brown University economics professor Emily Oster cited New York state data and found that over a four-week period, “roughly 80%of schools in the state reported no COVID-19 cases at all. And of those schools that did detect covid, nearly 90%had only one or two cases across all students and staff.”

And just this week the CDC released a report that said, “There has been little evidence that schools have contributed meaningfully to increased community transmission.” The report called for schools to be reopened, with social distancing guidelines, as soon as possible.

But despite these clear, scientific statements, teachers unions are continuing to fight to keep kids out of the classroom.

Moving the goalposts, again and again

It’s not just in Fairfax.

In the tony New York City suburb of Montclair, NJ, schools were set to reopen this week.

Now Chicago’s public school teachers â€” who were supposed to head back into school buildings next week â€” are on the verge of going on strike.

At the same time, students from low-income households and marginalised communities are suffering irreparable harm by being denied a proper education.

A mental health epidemic among children is brewing as a direct result of the social isolation caused by school shutdowns.

And parents of school-aged children are struggling to maintain their jobs and their sanity, all while trying to fill in the enormous gaps in their kids’ educations caused by remote learning, and attempting to compensate for the stolen years of their childhoods.

If the issue is a lack of urgency on the part of the local governments to provide funding for staffing, ventilation improvements, and personal protective equipment (PPE) â€” then perhaps the unions ought to question their local governments’ fiduciary priorities.

For example, while its school buildings have remained closed indefinitely, Fairfax gave $US20,000 to anti-racism scholar Ibram X. Kendi for a one-hour speech and spent at least $US400,000 on removing the traitorous Confederate General Robert E. Lee’s name from a high school.

This week, in school-shuttered San Francisco, the schools board found the time to hold a seven-hour meeting before agreeing to remove problematic names from schools such as (Abraham) Lincoln, (George) Washington, and …current US Sen. Dianne Feinstein.

But the issue isn’t always about funding, especially in well-funded school districts like Fairfax, Montclair, and San Francisco. It’s about priorities.

Still, President Joe Biden has proposed a $US130 billion stimulus package to help schools quickly reopen. But recent comments by Randi Weingarten, head of the powerful American Federation of Teachers, are not encouraging.

“We don’t know whether a vaccine stops transmissibility,” the science-sceptical Weingarten told The New York Times,

That isn’t just moving the goalpost, it’s tearing it down, making it impossible to reach.

Publicly, Weingarten has said she supports reopening schools before the vaccine is widely available provided a host of accomodations are met, including more than 200 million COVID tests provided to schools per month.

To be very clear, teachers are not the bad guys. In my experience, they’re working as hard and creatively as they can in an impossible situation. They care about their students and take pride in their jobs.

Some of the US’ most politically powerful teachers unions, by contrast, appear utterly disinterested with the best interests of students, and are far more interested in flexing their political muscle.

Unions exist to protect the welfare of their members, and to fight for as good a deal as they can possibly get from management.

But if vaccinations for school staffers, data showing minuscule in-school transmission rates, and the words of the country’s foremost science and medical experts aren’t enough to get the unions to agree to send their members back into schools, it’s hard to imagine anything would.

Just say it, teachers unions: “We’re not going back to school, and you can’t make us.”