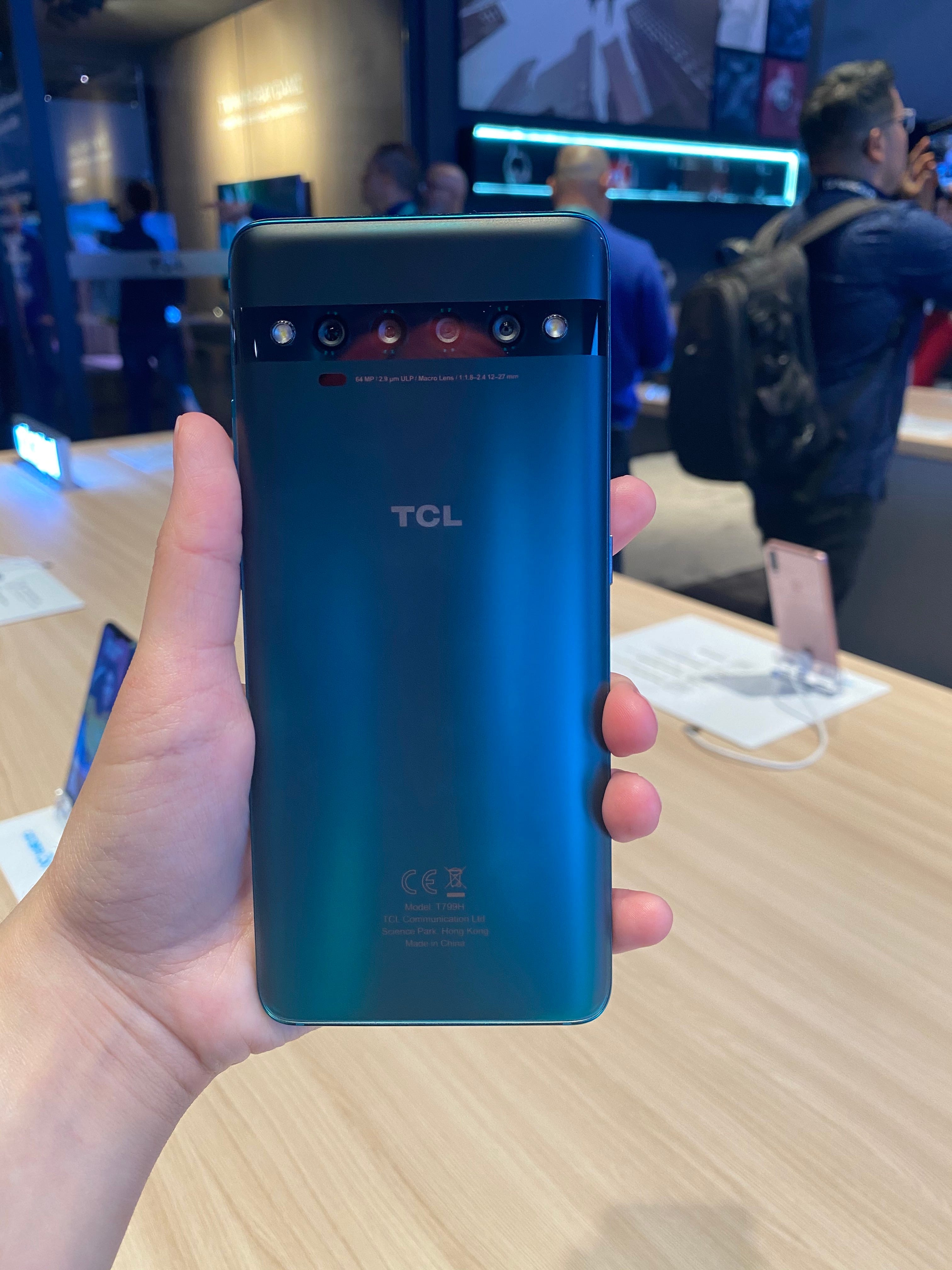 Cheaper smartphones have become increasingly popular over the past year, as some of the mobile industry’s biggest players like Google, Apple, and Samsung launched cheaper versions of their high-end smartphones in 2019. Now, electronics maker TCL is taking that idea a step further with its new line of TCL 10 smartphones, all of which will cost less than $US500 when they launch.

TCL is launching three new smartphones: the flagship TCL 10 Pro, the less expensive TCL 10L, and the 5G-enabled TCL 10 5G. The TCL 10 Pro will cost $US450 while the TCL 10L is priced at $US250, and both phones are launching in the second quarter of 2020 in the United States, United Kingdom, Europe, and Australia.

The 5G version is coming later this year in select regions. While TCL hasn’t said how much it will cost in US dollars, it has said it will cost less than $US500 and that the European version will cost 399 euros. That’s particularly significant since 5G smartphones are typically noticeably more expensive than their non-5G counterparts.

The TCL 10 Pro, despite its cheap price, looks like it’s fit to compete with high-end mobile devices like the $US1,000 iPhone 11 Pro and $US900 Samsung Galaxy S10. It has a curved, borderless AMOLED screen made by TCL with no “notch” cutout, a quadruple rear camera setup, facial recognition, and an in-display fingerprint reader. Some of those features, like a fingerprint scanner that’s built into the screen and the addition of a fourth camera, aren’t even found on Apple’s most expensive variant of the iPhone. Samsung’s Galaxy S10 5G has four cameras and an in-display fingerprint reader as well, but costs $US1,300. TCL’s 10 Pro also comes with a headphone jack – a rare find on today’s mobile devices.

The TCL 10 Pro has four main cameras: a 64-megapixel main camera, a 123-degree super-wide-angle camera, a macro camera, and a low-light video camera. That last one is significant because many smartphones don’t come with a dedicated lens for low-light content. Instead, they use a combination of software and hardware to take clearer photos in low-light situations. 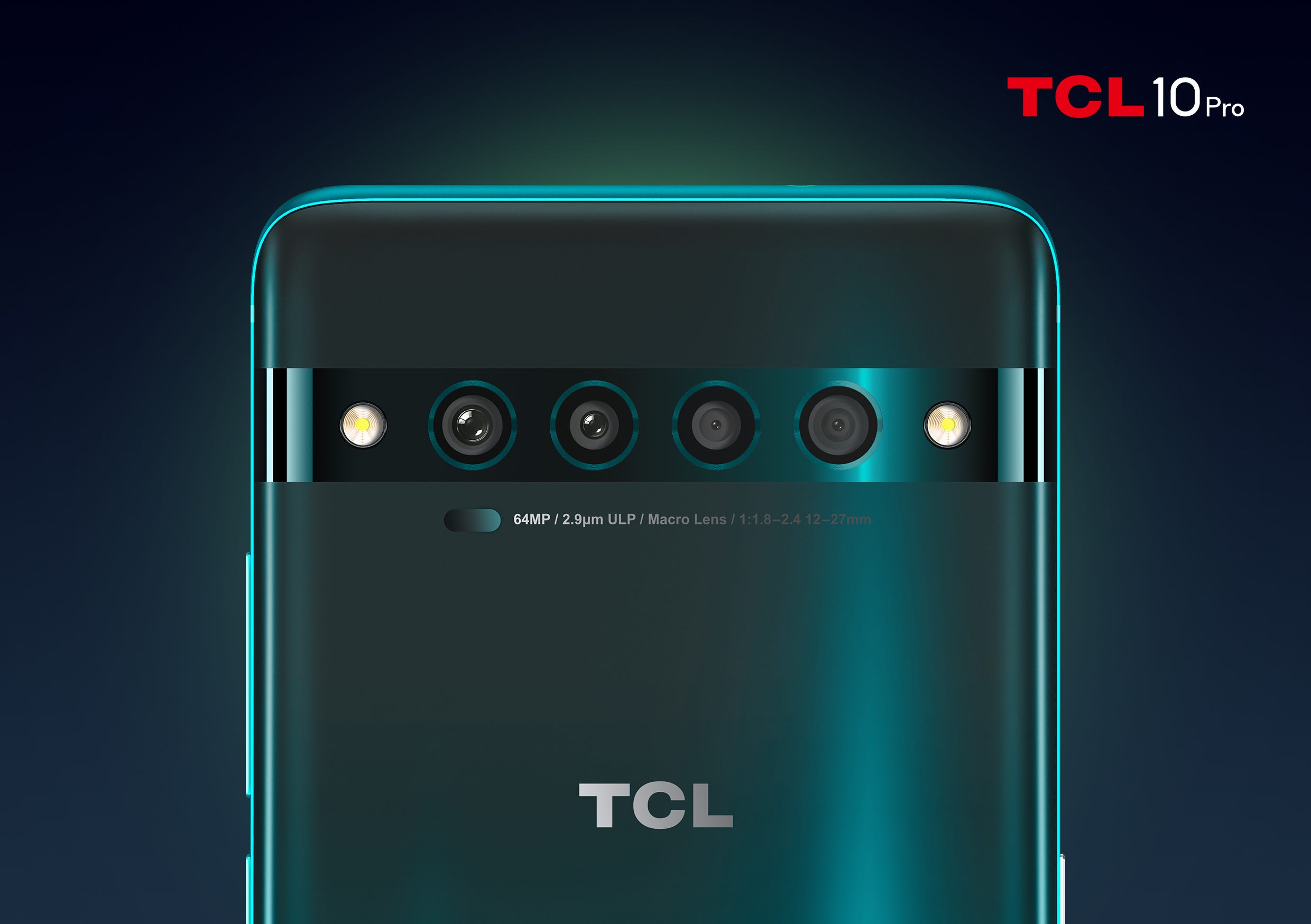 The 10 Pro also has a 24-megapixel front-facing camera.

TCL’s 10 Pro comes in green and grey, as shown below. 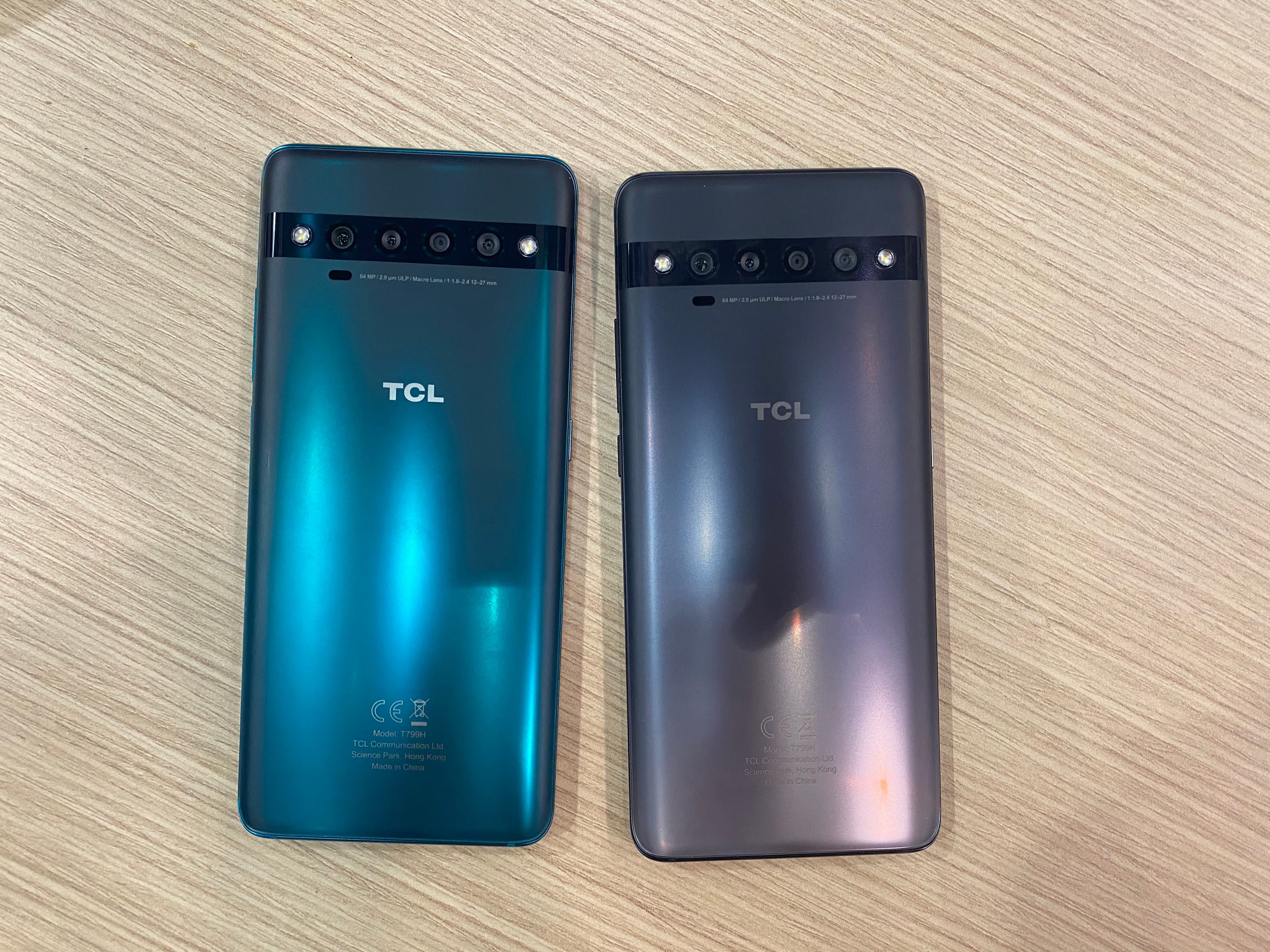 The TCL 10 Pro’s screen measures 6.47 inches, which means it falls in between the 6.2-inch Galaxy S20 and 6.7-inch Galaxy S20 Plus. You’ll also notice there’s a small cutout for the front-facing camera, also similar to the Galaxy S20. 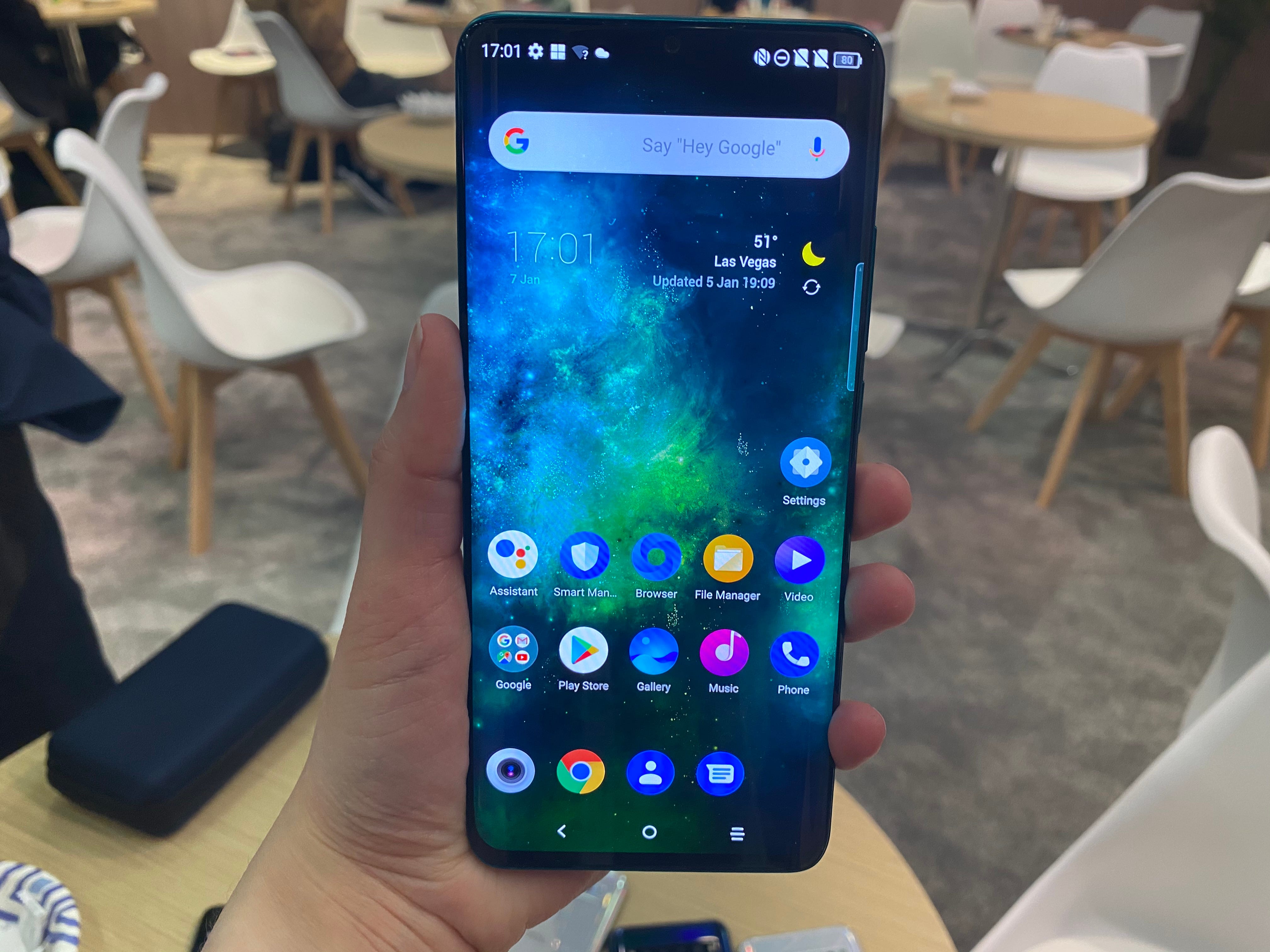 The TCL 10 Pro’s display is made of an AMOLED panel, which means it should provide rich colours and contrast, with a resolution of 1080 x 2340. There’s also a fingerprint sensor embedded in the screen.

The less-expensive $US250 TCL 10L also offers a large screen and a quad-camera, but with a few important differences. 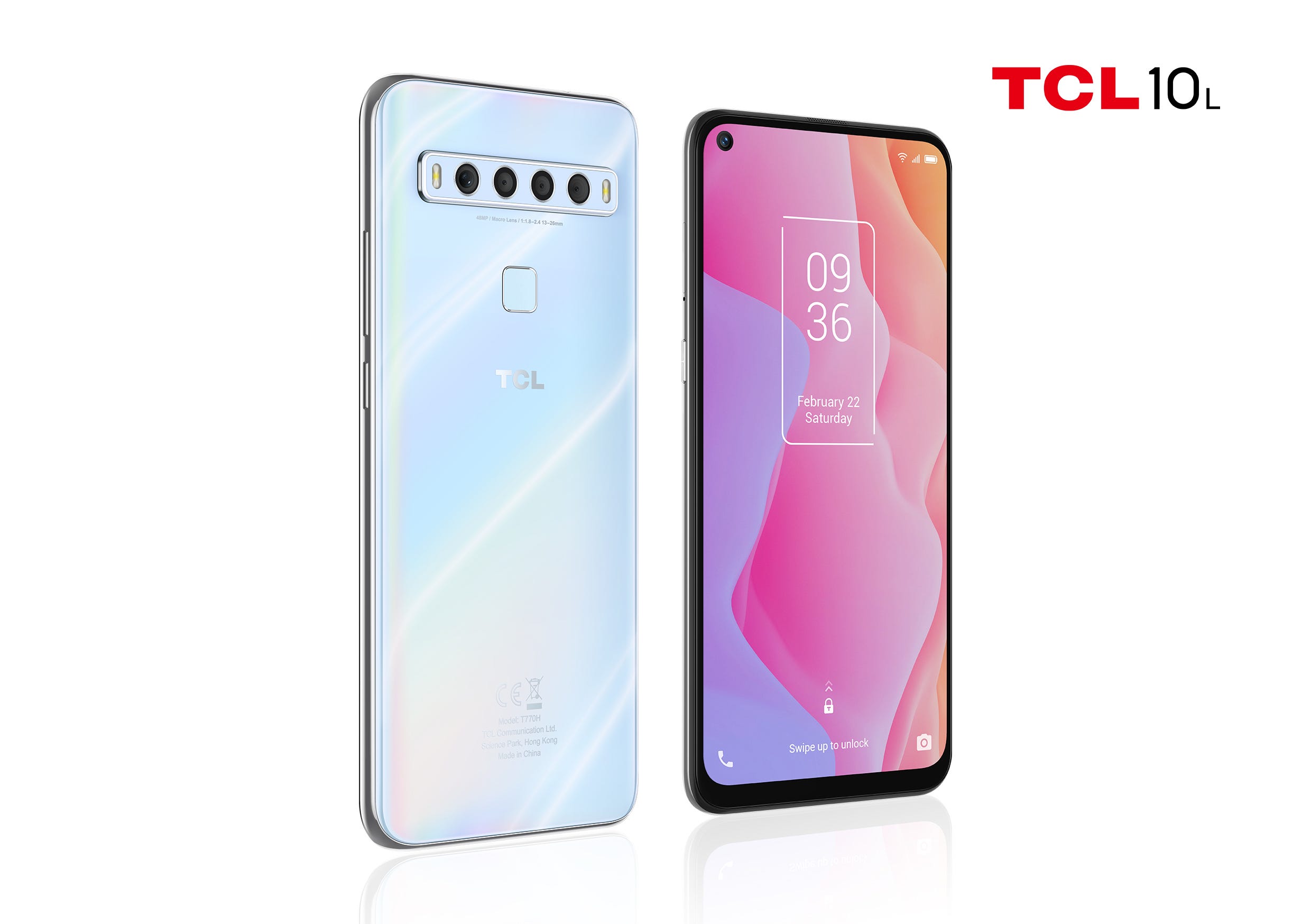 The more affordable phone also has a larger 6.53-inch screen with a resolution of 1080 x 2340, but unlike the Pro model, it has an LCD screen rather than an AMOLED display.

It also runs on a less-powerful processor than the Pro, has a slightly smaller battery, and has a fingerprint sensor mounted on the back of the phone rather than in its screen.

And the 5G edition has a screen similar to the TCL 10L, but with the 10 Pro’s higher-resolution main camera. 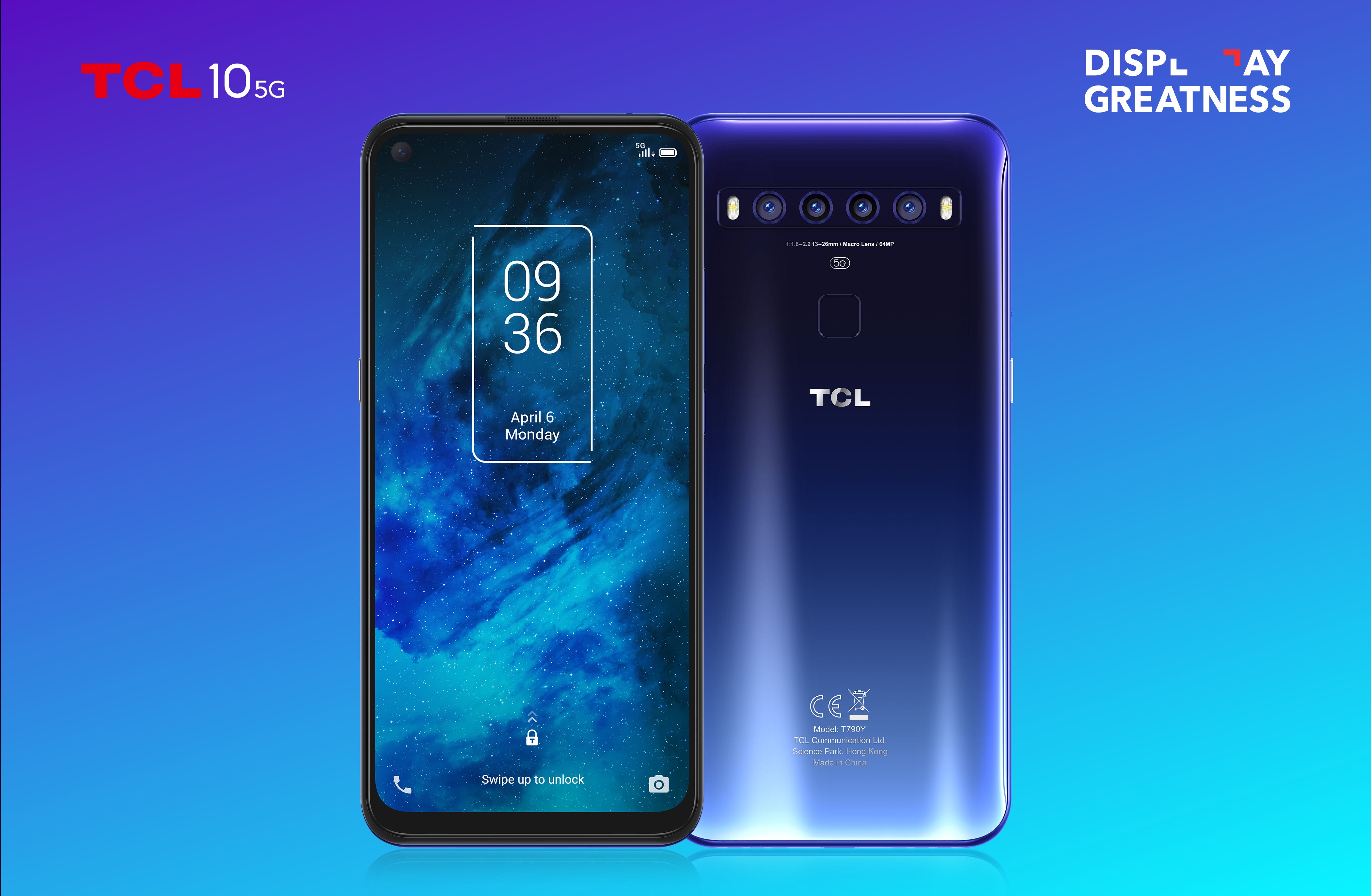 The launch comes as smartphones have become increasingly expensive in recent years. 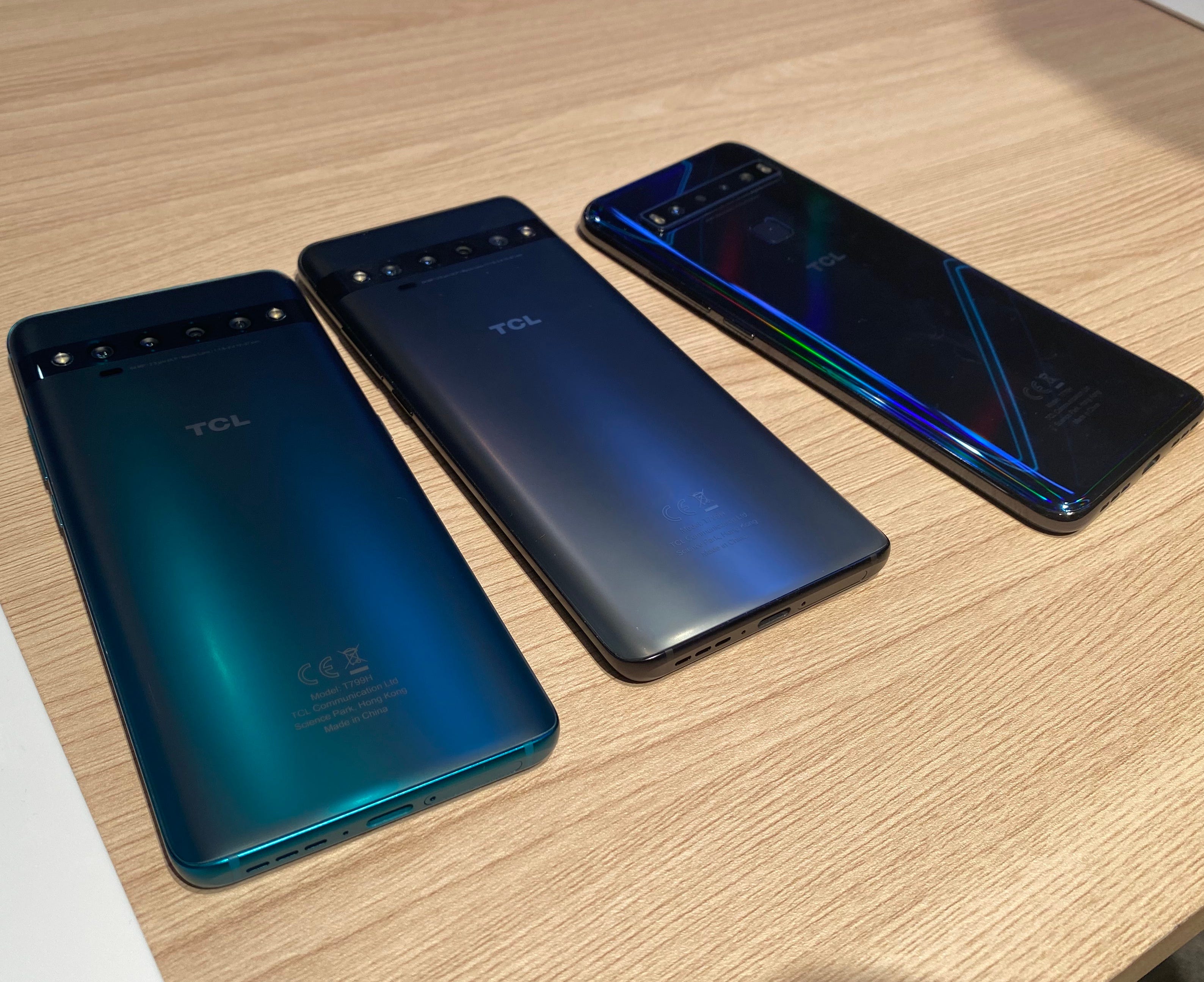 The TCL 10 Pro is another sign that the smartphone industry is shifting as tech giants have had a harder time convincing consumers to upgrade their devices as prices have increased. Less than 10% of people in the United States are spending more than $US1,000 on a new smartphone, according to research from NPD Group published last month.

It also suggests that the companies that do specialise in making less-expensive alternatives to the iPhone and Samsung’s Galaxy S line, like OnePlus and Motorola, are likely to have even more competition throughout 2020 and beyond.