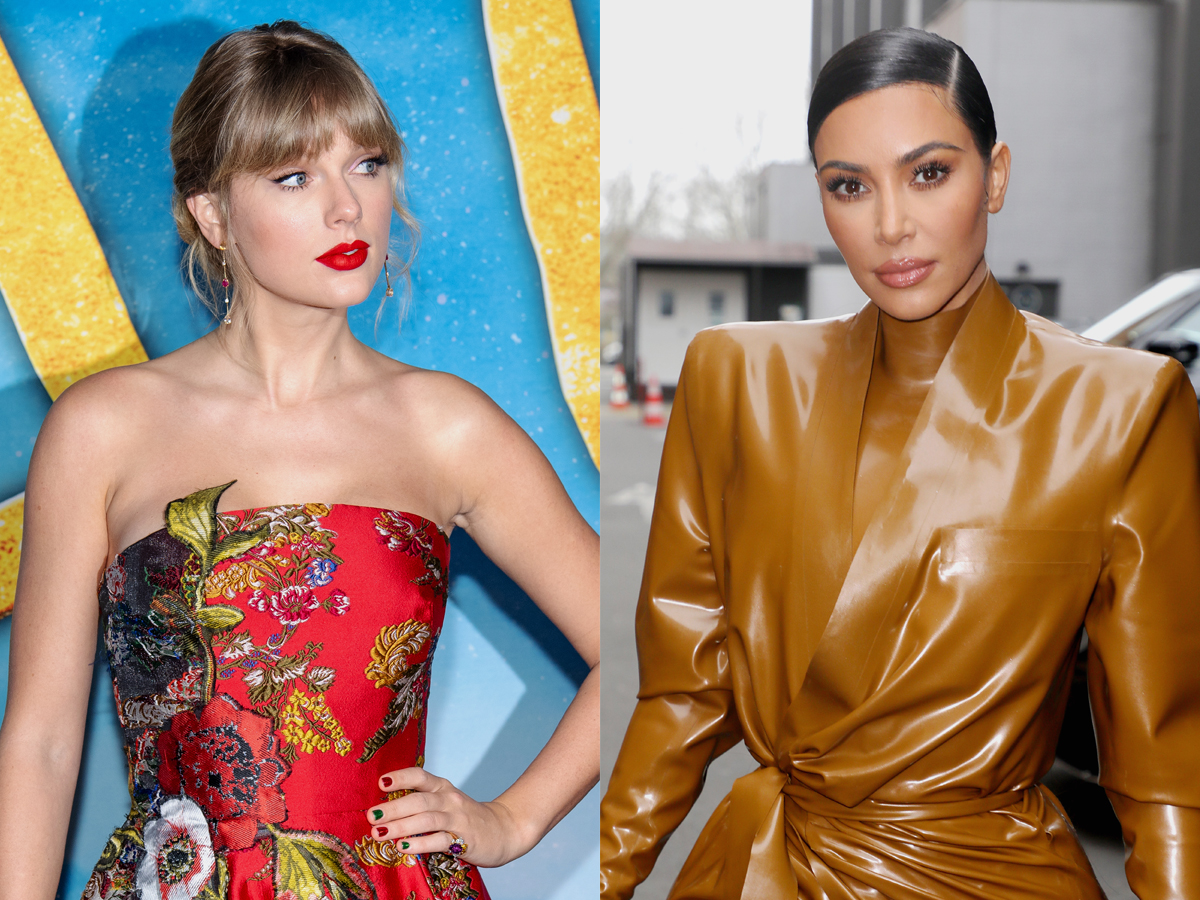 Taylor Swift and Kim Kardashian West are still trading barbs over Kanye West and his “Famous” lyrics, but instead of making public statements and recording videos on Snapchat, they’re letting their fans speak for them.

The controversy stems from 2016, when West name-dropped Swift in his contentious song “Famous.” The “Shake It Off” singer quickly condemned West for calling her “that b—-” in the song, but the rapper claimed she had given him her blessing.

Kardashian West then shared choice clips of a phone call between the two musicians, which appeared to support her husband’s narrative. It showed that West did give Swift some sort of heads up about the song – but Kardashian West’s edits made it unclear whether he was completely transparent about the song’s message.

The new leak, however, seems to prove that Swift never heard the correct lyrics or approved the line in question: “I made that b—- famous.”

Although Swift, West, and Kardashian West have so far declined to speak publicly about the renewed controversy, the two women have subtly revealed their thoughts by liking fans’ posts about the leak on social media.

Swift, who is very active on Tumblr and often interacts with fans on the site, has liked a slew of posts that show “Swifties” feeling vindicated.

“And that is how you let Karma take care of itself,” one post reads, alongside a gif of Swift looking satisfied.

“WHO WAS TELLING THE TRUTH THE ENTIRE TIME???” reads another, alongside a photo of Swift pointing at herself.

Swift also liked a BuzzFeed headline that argues, “Everyone Owes Taylor Swift An Apology,” among others, including a fan-made “Taylor told the truth mood board.”

“it’s honestly wild that ‘kanye west commissioned a lifelike nude wax figure of taylor swift and filmed himself sleeping next to it’ hasn’t been a more major factor in the discussion of the ethics of this whole feud,” the post reads, which Swift liked.

“like all celebrity theatrics aside if i ever found out that a man had paid thousands and thousands of dollars to create a malleable nude figure of me with lifelike handpainted nipples and then he filmed himself lying in bed next to it and put it on the internet for millions of people to look at i would press charges.”

Although it’s still unclear where the new leak came from, it appears to at least prove that Kardashian West cherry-picked specific moments from the phone call.

Kardashian West apparently declined to publicise pieces of the conversation that would have cast Swift in a more sympathetic light: Swift told West, for example, that she would have been upset if he called her a “b—-” in the song. The pop star even warned him that feminists would likely disapprove of the lyrics, and pushed back when he claimed that he “made her famous.”

For her part, however, Kardashian West doesn’t appear to feel moved or incriminated by the full video.

The reality star liked a tweet that reads, “The video showed nothing new. We all knew that. I’m so confused right now.”

After Kardashian West published the video clips back in 2016, Swift was labelled a “snake” on social media and largely withdrew from the public eye. She returned more than one year later with her 2017 album “Reputation,” which contains multiple digs at West.

During the rollout for her newest album “Lover,” which takes a decidedly lighter and more peaceful tone, Swift opened up about the toll the feud took on her mental health.

“A mass public shaming, with millions of people saying you are quote-unquote cancelled, is a very isolating experience,” Swift recently told Vogue. “I don’t think there are that many people who can actually understand what it’s like to have millions of people hate you very loudly.”