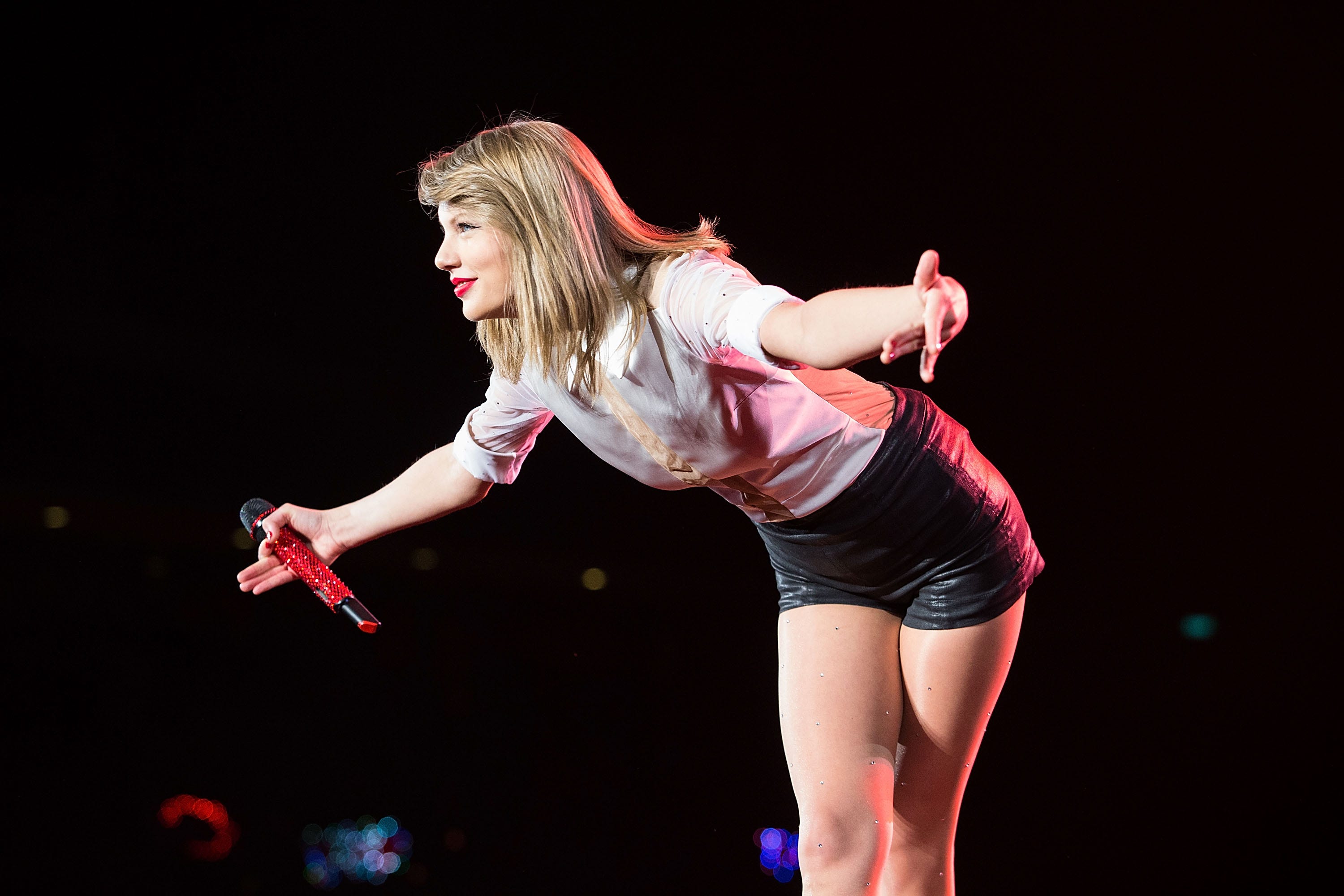 Taylor Swift is releasing a surprise eighth studio album at midnight on Thursday.

Titled “Folklore” (stylised in all lowercase), the release is “an entire brand new album of songs I’ve poured all of my whims, dreams, fears, and musings into,” according to Swift.

The singer announced the news in a “surprise” tweet on Thursday, which included a photo of the album’s cover art as well as a longer statement where she confirmed the album will feature collaborations with Bon Iver among other artists.

She wrote: “Most of the things I had planned this summer didn’t end up happening, but there is something I had planned that DID happen. And that thing is my 8th studio album, folklore. Surprise!”

Surprise ???? Tonight at midnight I’ll be releasing my 8th studio album, folklore; an entire brand new album of songs I’ve poured all of my whims, dreams, fears, and musings into. Pre-order at https://t.co/zSHpnhUlLb pic.twitter.com/4ZVGy4l23b

She added: “I wrote and recorded this music in isolation but got to collaborate with some musical heroes of mine; @aarondessner (who has co-written or produced 11 of the 16 songs), @boniver (who co-wrote and was kind enough to sing on one with me), William Bowery (who co-wrote two with me) and @jackantonoff (who is basically musical family at this point).

“Before this year I probably would have overthought when to release this music at the ‘perfect’ time, but the times we’re living in keep reminding me that nothing is guaranteed.

“My gut is telling me that if you make something you love, you should just put it out into the world. That’s the side of uncertainty I can get on board with. Love you guys so much.”

Swift followed up her tweet with the album tracklist, which will have 16 songs on the standard edition. A bonus song, “The Lakes” will be included on physical deluxe editions.

There will be eight deluxe CDs and vinyls available for one week after the album’s release, and each deluxe edition will have “unique covers & photos.”

The album is available for pre-order on Swift’s website.

folklore will have 16 songs on the standard edition, but the physical deluxe editions will include a bonus track “the lakes.” Because this is my 8th studio album, I made 8 deluxe CDs & 8 deluxe vinyls available for 1 week???? Each has unique covers & photos https://t.co/zSHpnhUlLb pic.twitter.com/tG34e0MpgJ

Swift also revealed that a music video for “Cardigan” will be dropping at midnight as well, which she wrote and directed.

“Folklore” comes just 11 months after the release of Swift’s seventh album “Lover” in August 2019, marking the fastest turn-around time between albums for the artist.

Previously, Swift would typically put out an album nearly exactly two years after a previous release, with the exception of “Reputation” which came out three years after “1989.”

Swift was initially supposed to be promoting “Lover” on tour this summer by headlining music festivals and performing four “Lover Fest” events in Boston and Los Angeles.

All of her live performances this year have since been cancelled due to the coronavirus pandemic.