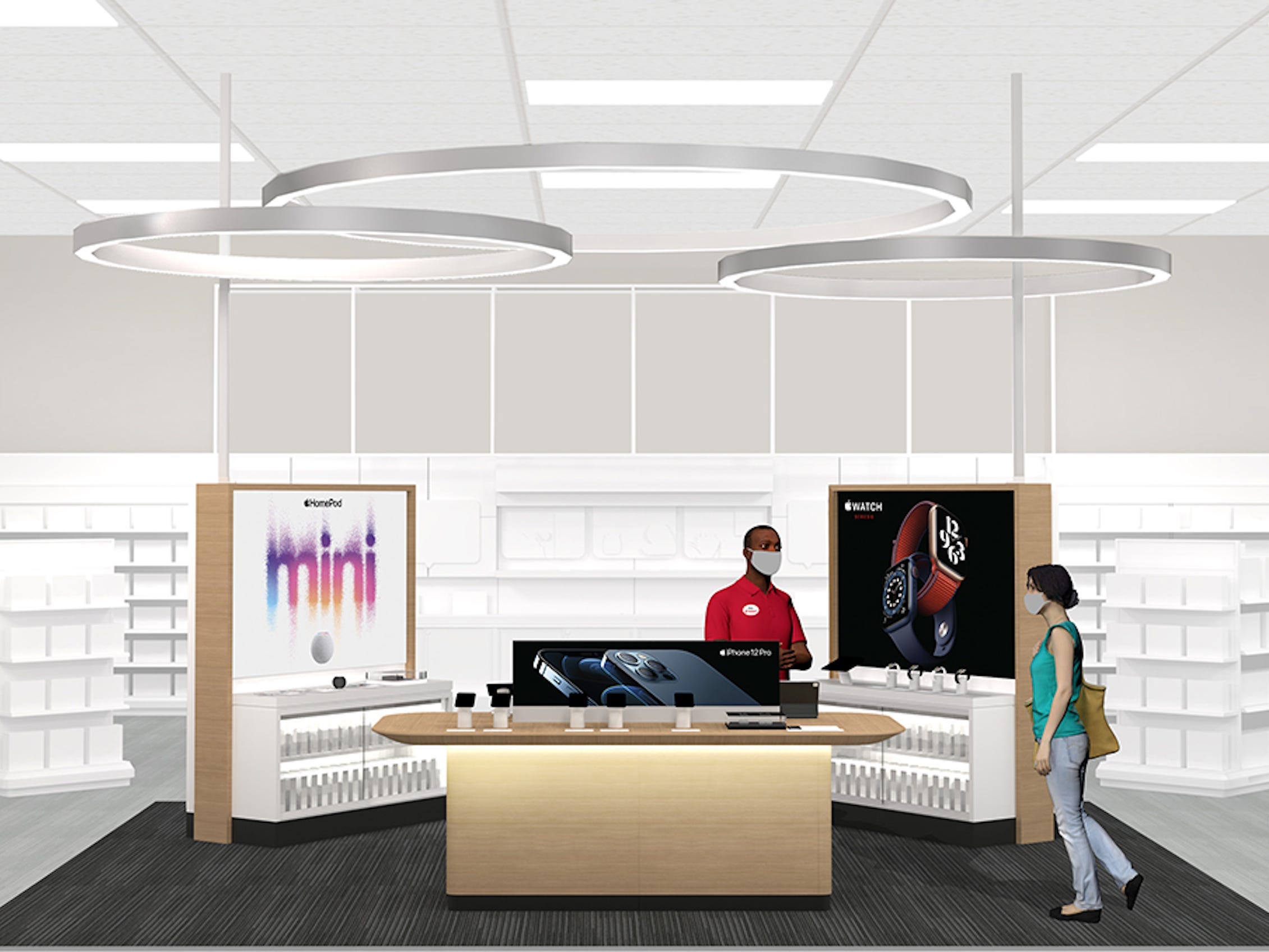 Target will be bringing the Apple experience to its own stores across the US this month.

Apple’s products have been a hit with Target shoppers, Christina Hennington, executive vice president and chief growth officer at Target, said in the press release on Thursday. Now, the retail behemoth will be growing its 15-year relationship with Apple by offering more of the tech company’s products on the Target app, online, and in-store through designated Apple kiosks.

The kiosks will be filled with Apple’s greatest hits, including: iPhones, iPads, Apple Watches, AirPods, HomePods, Apple TVs, and more. These tiny Apple stores will then be run by Apple-trained “Target Tech Consultants.”

“This new model was created with Target’s guests in mind, and we’ll continue to learn and enhance the experience through future rollouts later this year,” Hennington said.

In an effort to draw in more shoppers, Target has also established partnerships with other notable names – including Levi Strauss and Co, Disney and Ulta Beauty – via expanded in-store experiences.

Apple didn’t immediately respond to an Insider request for comment on the expanded Target offerings.

This new Apple “shopping experience” will be introduced inside 17 Target stores this month  – with more planned in the future – in these cities: