Fans are angry at Tana Mongeau for drinking around her sober friend who recently relapsed, but she says MTV edited the show unfairly 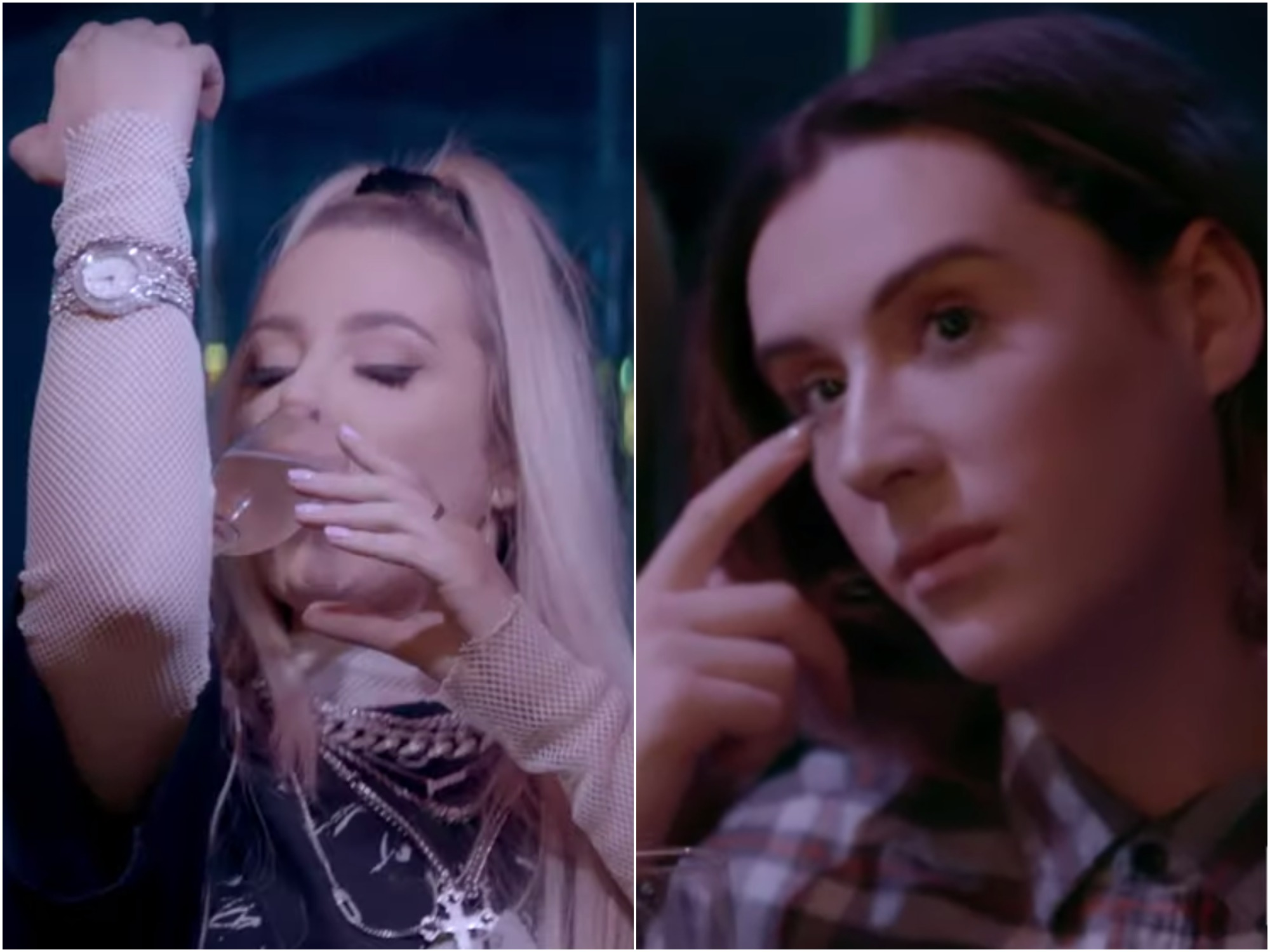 MTV / YouTubeTana Mongeau is being called out again.

It’s barely been a week since Tana Mongeau’s fans were calling “rude” and “entitled” for the way she handled her asthma diagnosis, and how she treated her manager Jordan Worona in her show “MTV No Filter.”

The latest episode has just aired, and fans are already troubled by her behaviour again – this time because of excessive drinking around her friend Trevor Moran who is a recovering alcoholic. 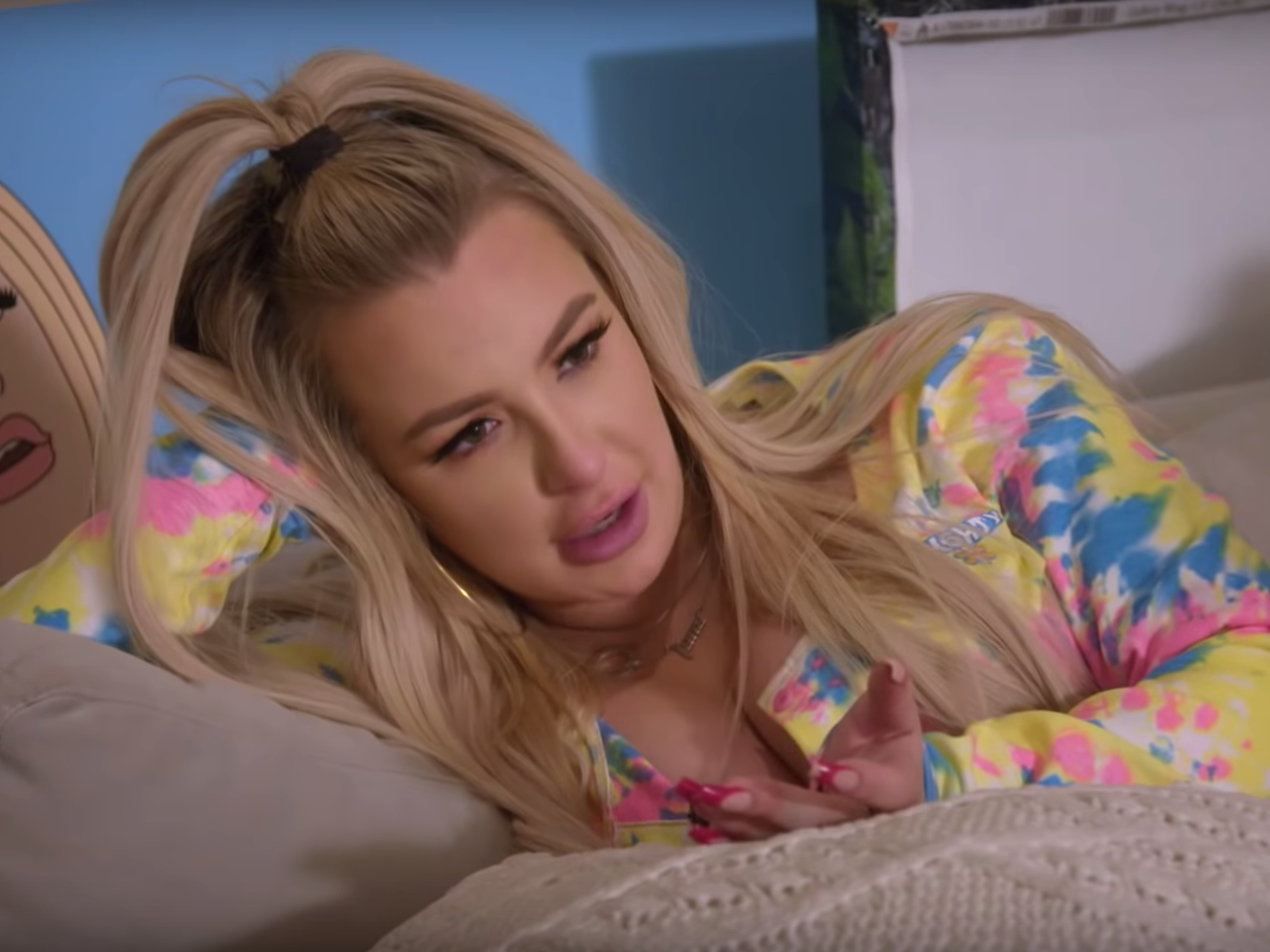 After a fiery argument with Worona, Mongeau and her friends decided to have a night out. One of the group, Ashly Schwan, explained that Moran had recently relapsed and how they all want to be there for him. A discussion in Mongeau’s house allowed Moran to be open about his struggles, and all of the group appeared to be supportive in his decision to stay sober, labelling 2020 as a year of “transformation” and “rehabilitation.”

However, that didn’t last long and the group thought they’d go wild for one night so Mongeau could forget about her health woes, falling out with Worona, and her breakup with fellow YouTuber Jake Paul.

Moran came along for the night out, despite some apprehension from Mongeau.

“The first one to literally pass out wins,” Mongeau said, passing drinks in front of Moran. Moran said he felt very uncomfortable and had to walk away for a time out. Schwan went to go talk to him outside, and he told her he felt claustrophobic and had to leave.

YouTuber Teaspill retweeted this clip of the show from MTV’s Twitter account saying “this… is very uncomfortable.” People responded criticising Mongeau, saying the clip was “disrespectful,” “inconsiderate,” and “disgusting.”

“As a recovering addict/alcoholic … this is one of the WORST things you can do to a friend trying to get into sobriety,”one fan tweeted. “My heart hurts for him.”

“I feel so bad for him,” another wrote. “If they were really his friends they wouldn’t have done that or try to make him feel like that!”

Mongeau responded shortly afterwards on Twitter in a long thread, saying she would clarify things further in an upcoming video, but was extremely upset by the way MTV had edited the show.

“I have cared about @TrevorMoran and his recovery more than anything in the world and have done EVERYTHING in my power to be there for him,” she said.

“F— waking up to an edit of ANYTHING that makes it look like I didn’t. Even in my DARKEST times shooting the show there was never a point where I’d encourage Trevor to fall [off] the path or not be there for him in the best way I knew possible. Jesus I’m so upset

She added she had only just recovered from the criticism she received last week and how she hates the drama surrounding her in the public eye right now. She also said a lot of her true feelings were cut from the show.

Moran retweeted her thread with the words “I know baby ” and a heart emoji.

Jeffree Star announced he’d give away $US30,000 to a fan during a weekend full of old and new drama

Stars living in influencer houses may be risking their health, but their content is in higher demand than ever

Nikita Dragun’s new docuseries is arriving on Snapchat, and she’s hoping it provides ‘a little bit of fantasy and escape’ from the coronavirus