TAMPA, Fla. (AP) — Facing elimination in the Eastern Conference finals, the Tampa Bay Lightning knew they could count on Martin St. Louis to make a difference.The six-time NHL All-Star has a knack for thriving in big games.

What he did — on and off the ice — to help his team stay alive against the Boston Bruins hardly came as a surprise on Wednesday night.

“I think that’s what you play for,” St. Louis said after scoring twice and assisting on a third goal as the Lightning rallied to beat the Bruins 5-4 in Game 6.

“Whether it’s as a kid in the driveway and pretending to be a Game 7, those are the games you watch. … Those are the games that get your fire going and those are the ones you want to play in,” he added. “The do-or-die games. Our backs against the wall. You want to leave it out there, and I was fortunate to get a couple of good bounces.”

The Lightning also got a lift from Steven Stamkos and Vincent Lecavalier, and resilient goaltender Dwayne Roloson weathered a hat trick by Boston’s David Krejci to force Game 7 in Boston on Friday night. All that after St. Louis got his teammates’ attention with some inspiring words in the locker room.

“He’s the first guy to step up and get the guys going. He’s obviously been through every type of experience, and every single type of championship you could win, he’s been there,” Stamkos said.

“He’s won individual awards. He’s won the Stanley Cup and he’s always been a big part,” the Lightning’s 21-year-old forward added. “He knows what to do and how to react in those situations. He stepped up before the game and said a few words, and just the respect he has from every single guy on the team, we take it to heart. … He’s been our go-to guy, and he was again.”

The Bruins are seeking their first trip to the Stanley Cup finals in 21 years, and the Lightning will try to clinch their first appearance on hockey’s biggest stage since they won their only league title in 2004.

“We’ve been able to bounce back, but it’s going to be our toughest challenge. We need to put together a full 60 minutes and that’s going to be important going into the next game,” Boston forward Milan Lucic said.

St. Louis assisted on a third-period goal that put the Lightning up 4-2. His second goal — and NHL-leading 10th of the playoffs — restored Tampa Bay’s two-goal lead after Boston pulled to 4-3 on one of two goals Krejci scored to keep the Bruins close in the closing minutes.

Roloson, who didn’t play in Game 5 after being pulled from two of the previous three games because of ineffectiveness, also gave up a pair of first-period goals and finished with 16 saves.

Boston’s Tim Thomas gave up another early goal, then struggled after Krejci and Milan Lucic scored to give the Bruins a 2-1 lead through one period.

The Lightning took control when St. Louis, Purcell and Stamkos scored power-play goals within a 12-minute span of the second and third periods.

“The fourth win, they don’t give it to you, as we learned once again. Not that we were looking for them to give it to us. It’s just more proof that’s the way it goes,” said Thomas, who stopped 21 shots after a superb performance in Game 5 moved the Bruins within one victory of their first Stanley Cup finals appearance since 1991.

Roloson improved to 7-0 in elimination games during his career, including 4-0 this postseason. The Lightning rallied from a 3-1 deficit to beat Pittsburgh in the first round, with their 41-year-old goalie shutting out the Penguins in Game 7 on the road.

“I wasn’t aware of it. It’s nothing. I don’t think it’s me. It’s the teams that I’ve played on. … It’s not about individuals,” Roloson said. “It takes a whole team to win hockey games, and that’s what it’s all about in this locker room also.”

Bruins coach Claude Julien said his team would need to play its best game of the series to clinch it, and the Bruins certainly had to have some doubt about how the night might go after Teddy Purcell scored the first of his two goals on Tampa Bay’s first shot of the game.

Lucic countered for Boston less than 7 minutes later with a wrist shot from the slot that got past Roloson. Krejci’s third goal of the series, after he took a nice backhand pass from Daniel Paille, gave the Bruins a 2-1 lead with 3:30 remaining in the first period.

But an inability to take advantage of three more power plays caught up with Boston in the middle of the second period when Tampa Bay, which hadn’t scored in man-advantage situations since Game 2, converted three within 12 minutes to regain the lead for good.

Despite the loss, the Bruins are confident returning home.

They faced a similar situation in the opening round, losing Game 6 on the road against Montreal before winning Game 7 at TD Garden.

“I think our guys are going to be fine for Game 7,” Julien said. “I know our guys will be ready and positive, and our job is to make it happen.”

Notes: Krejci’s hat trick — giving him 10 goals this postseason to share the league lead with St. Louis — was Boston’s first in a playoff game since Cam Neely did it April 25, 1991 against Montreal. … Tampa Bay’s “Big Three” of St. Louis, Stamkos and Lecavalier combined for three goals and five assists after contributing just one goal and two assists in the previous three games. That goal was an empty-netter by St. Louis in Game 4. … Purcell’s quick goal marked the fourth time in the series a team scored less than 2 minutes into a game. … The Lightning played without injured LW Sean Bergenheim, who missed the last two periods of Game 5 with an undisclosed injury. 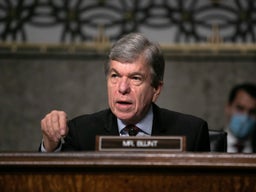