Forget fans: Taiwan's baseball league played in a stadium filled with robot mannequins and cardboard cutouts, and it could be a sign of what's to come REUTERS/Ann WangDummies replaced audience due to the outbreak of the coronavirus disease (COVID-19) at the first professional baseball league game of the season at Taoyuan International baseball stadium in Taoyuan city, Taiwan, April 11, 2020

A Taiwanese baseball league played its first game of the 2020 season on Sunday without any live fans and instead filled its stadium seats with mannequins and cardboard cutouts.

The Rakuten Monkeys squared off against the Chinatrust Brothers at the Monkeys’ home stadium, the Taoyuan International Baseball Stadium in Taoyuan, Taiwan. Players, stadium staff, and cheerleaders were all in attendance, but in deference to coronavirus social distancing recommendations, the stands remained people-free. Instead, cheerleaders snapped photos with fake human cardboard cutouts and mannequins, some of which were actually robots.

“Since we are not allowed to have any fans in attendance, we might as well have some fun with it,” Rakuten Monkeys’ general manager Justin Liu told CPBL Stats. “We went with 500 robot mannequins to comply with the current CDC guideline.”

The game was broadcast live to fans who wanted to watch despite not being allowed in the stadium, according to The New York Post.

The league’s players are living in dorm-style housing and can only travel to and from the baseball stadium in order to keep them safe during the outbreak, according to an NBC News report.

The game had been scheduled to be played on Saturday but was delayed one additional day due to inclement weather. 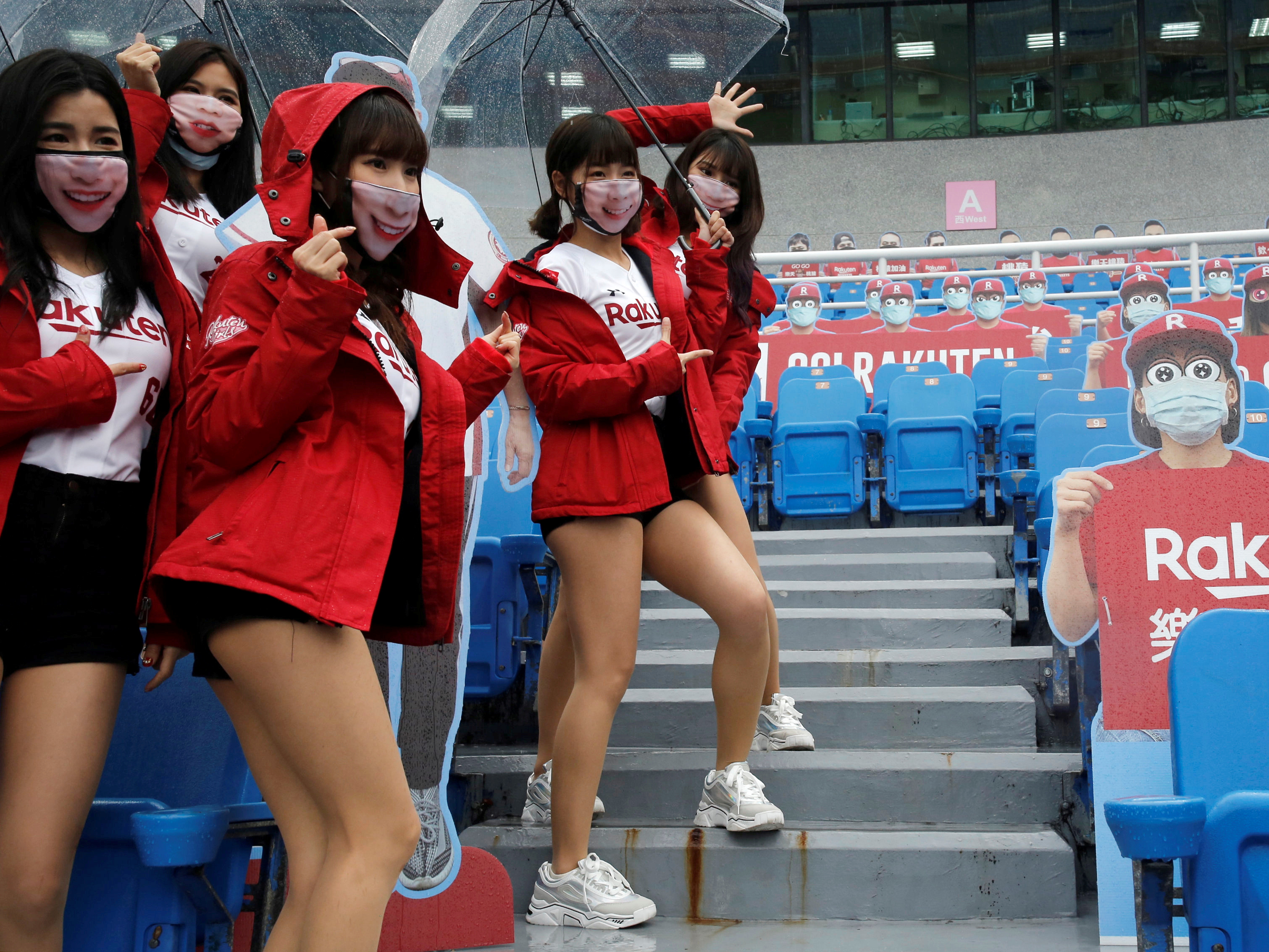 The start of the Chinese league’s season comes as talks are reportedly underway in the US over how to play games amid the ongoing pandemic. The Major League Baseball season was supposed to start on March 26 but was delayed due to COVID-19. Reports suggest MLB will attempt to start the season sometime during the summer.

At a press briefing on April 4, President Trump said he spoke with leading figures from the NFL, NBA, and MLB and expressed a desire to get teams playing again.

One plan would have all games played at Arizona spring training sites and at Chase Field, the Arizona Diamondbacks’ home stadium, according to an ESPN report.

Another plan would have games only played in Arizona and Florida, where MLB players undergo spring training exercises. The American and National Leagues would be ditched for a”total realignment of divisions,” according to the report from USA Today.

Fans have called such plans “insane,” according to a previous Insider report.

All plans under consideration have the MLB playing games in empty stadiums without fans.

According to data from Johns Hopkins University, there have been 393 confirmed COVID-19 cases in Taiwan and six deaths from the disease. In the US, which has had the largest global outbreak of the novel coronavirus, the virus has infected 560,891 and killed 22,861.