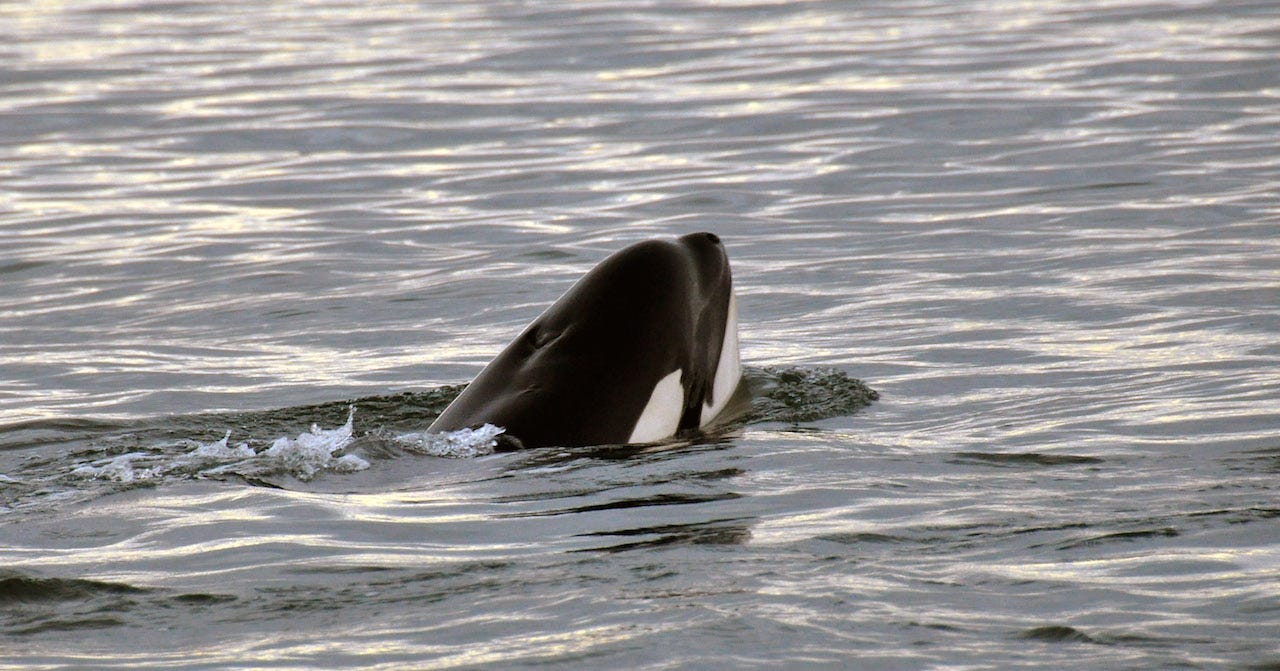 Getty ImagesAn orca is pictured peering out of the water.

Tahlequah the orca became famous when she carried her dead 300-pound daughter with her for 17 days and over 1,000 miles, prompting worldwide concern for the grief-stricken mum.

Tahlequah, J35, is pregnant again! Every boater can help these vulnerable whales by giving the extra space. #orca #killerwhale #Tahlequahhttps://t.co/xOgnDsXecZ

The news that she’s expecting isn’t as exciting as it may seem.

With a population of 72, southern resident killer whales like Tahlequah represent the smallest of four communities within the Northeastern portion of North America Pacific Ocean and struggle to stay alive. Most pregnancies, about two-thirds, are unsuccessful, scientists told The Times.

Boat traffic, underwater vessel noise, and pollution in the Puget Sound of the Pacific Northwest make life struggling for the massive marine mammals, The Times reported. Research from the University of Washington has tied the sharply declining Chinook salmon population to the whales’ population struggles.

Insider previously reported that at the time of her daughter’s birth, Tehlequah had lost two other calves since giving birth to a male in 2010. The daughter was the first baby born in her community to be born in three years, but since her death, there were two other births and the whales are still alive, according to The Times.

While there is a chance Tahlequah’s baby will be born, caring for the calf won’t be easy.

Several juveniles in the community are too thin and “critically stressed,” Fearnbach, marine mammal research director for the marine wildlife nonprofit SR3, told The Times.

“We are concerned if she has a calf, will she be able to look after herself and the calf and J47, too?” Durban, senior scientist of Southall Environmental Associates, told The Times. “There has been a lot of talk I am not sure a lot has changed for the whales.”