Tadashi Yanai is the richest person in Japan. Here's how the founder of Uniqlo built and spends his $32 billion fortune. 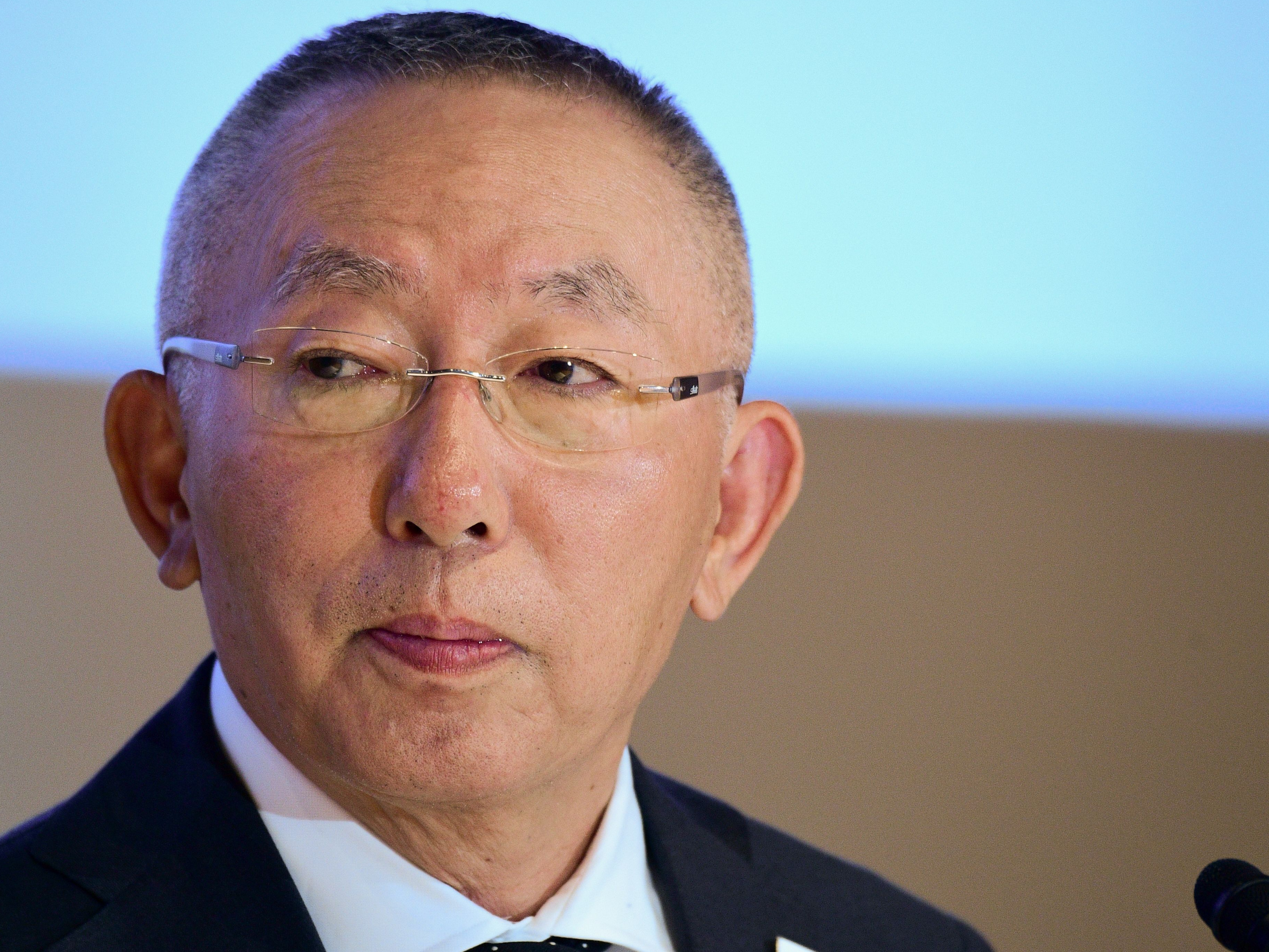 Tadashi Yanai is the richest person in Japan.

The 71-year-old Japanese businessman is worth an estimated $US31.9 billion, according to Bloomberg. His fortune comes from his position as chairman, CEO, and the biggest shareholder of Fast Retailing, the largest clothing retailer in Asia and the parent company of Uniqlo.

Yanai opened the first Uniqlo store in 1984 and has expanded the brand to more than 2,000 stores in at least 20 countries.

Along with his success in the fashion industry, Yanai was also an influential member on the board of the Japanese holding company SoftBank for 18 years. As Business Insider’s Isobel Asher Hamilton previously reported, Yanai had a reputation for being one of the few people with as much influence as SoftBank CEO Masayoshi Son. But Yanai stepped down from the board at the end of 2019 to focus on his fashion business.

The Japanese billionaire lives in a $US50 million house in the woods outside of Tokyo and owns another home in a ritzy, exclusive neighbourhood in the city. He also owns two golf courses in Hawaii, where he spends a few weeks each summer, according to Bloomberg.

Here’s a look at the life of Japan’s richest person.

Meet Tadashi Yanai, the richest person in Japan. He’s worth an estimated $US31.9 billion. 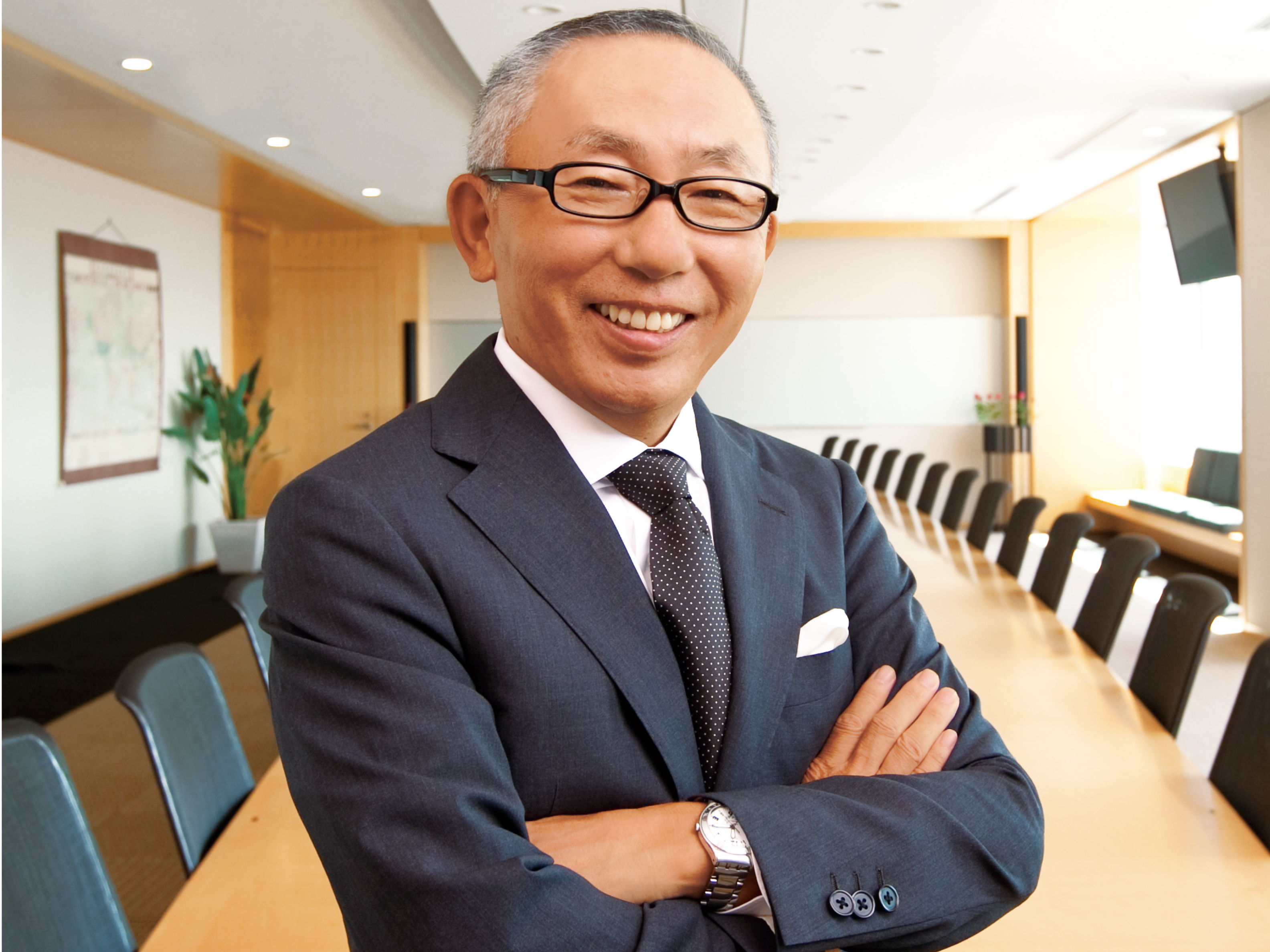 The Japanese businessman’s wealth comes from his position as chairman, CEO, and the largest shareholder of Fast Retailing, the largest clothing retailer in Asia. The 70-year-old billionaire holds a 45% stake in the company.

Yanai is more than $US6 billion richer than the second-richest person in Japan, Takemitsu Takizaki, according to Bloomberg.

Fast Retailing is the parent company of Uniqlo and other brands including Theory, Comptoir des Cotonniers, and J Brand. 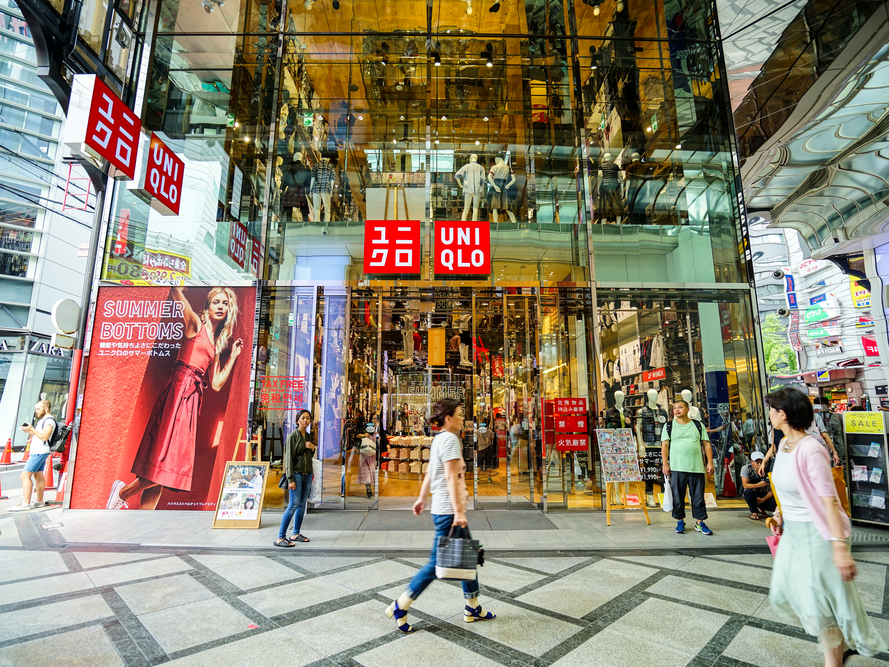 Fast Retailing has thousands of stores worldwide and reported annual revenue of about $US20.8 billion in August 2019.

Yanai was an influential member on the board of the Japanese holding company SoftBank for 18 years. 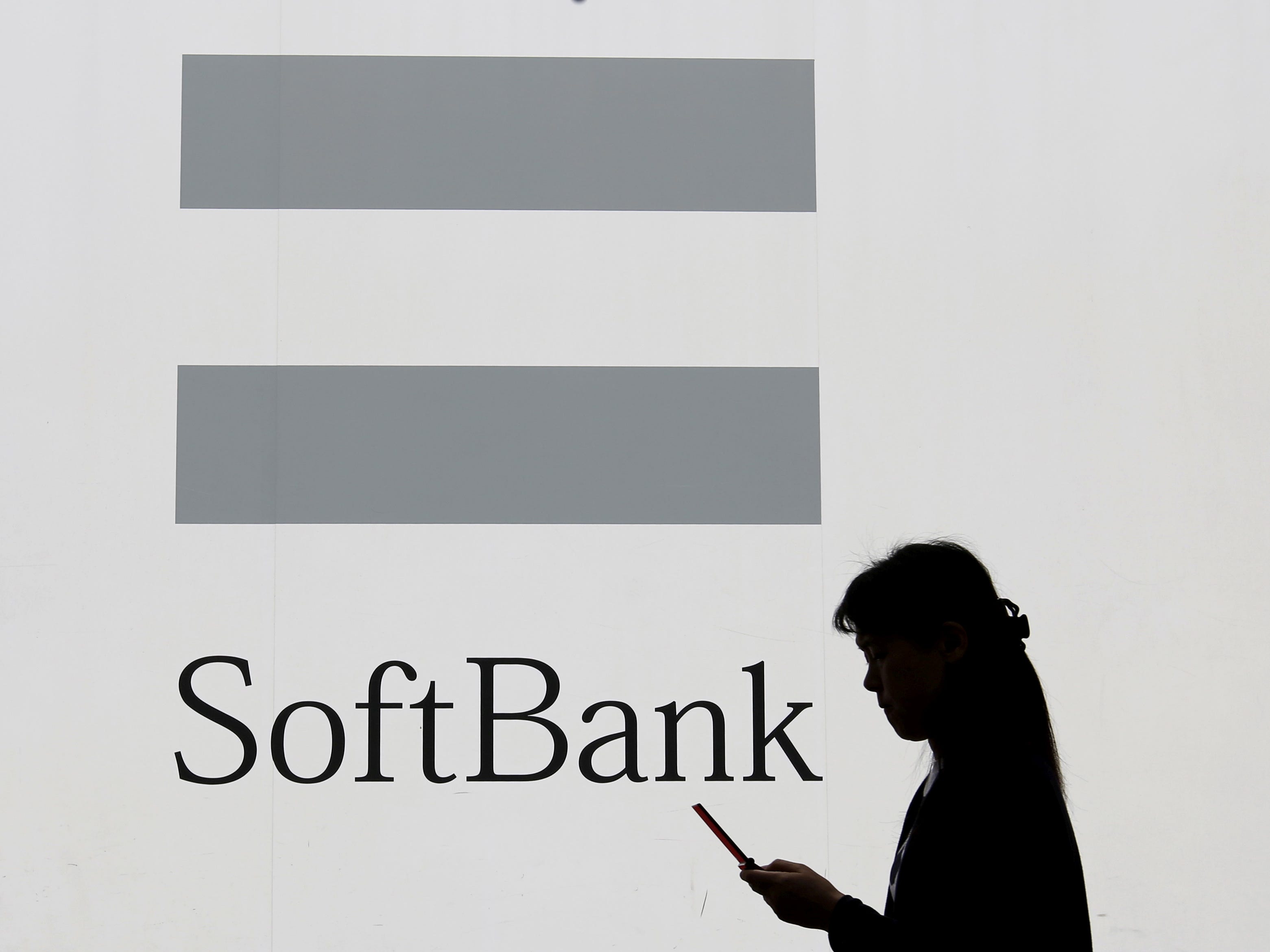 As Business Insider’s Isobel Asher Hamilton previously reported, Yanai had a reputation for being one of the few people with as much influence as SoftBank CEO Masayoshi Son.

But in December 2019, SoftBank announced that Yanai will be resigning from the board at the end of the year to focus on his fashion business.

Yanai was born in southern Japan in 1949, the son of a clothing seller. 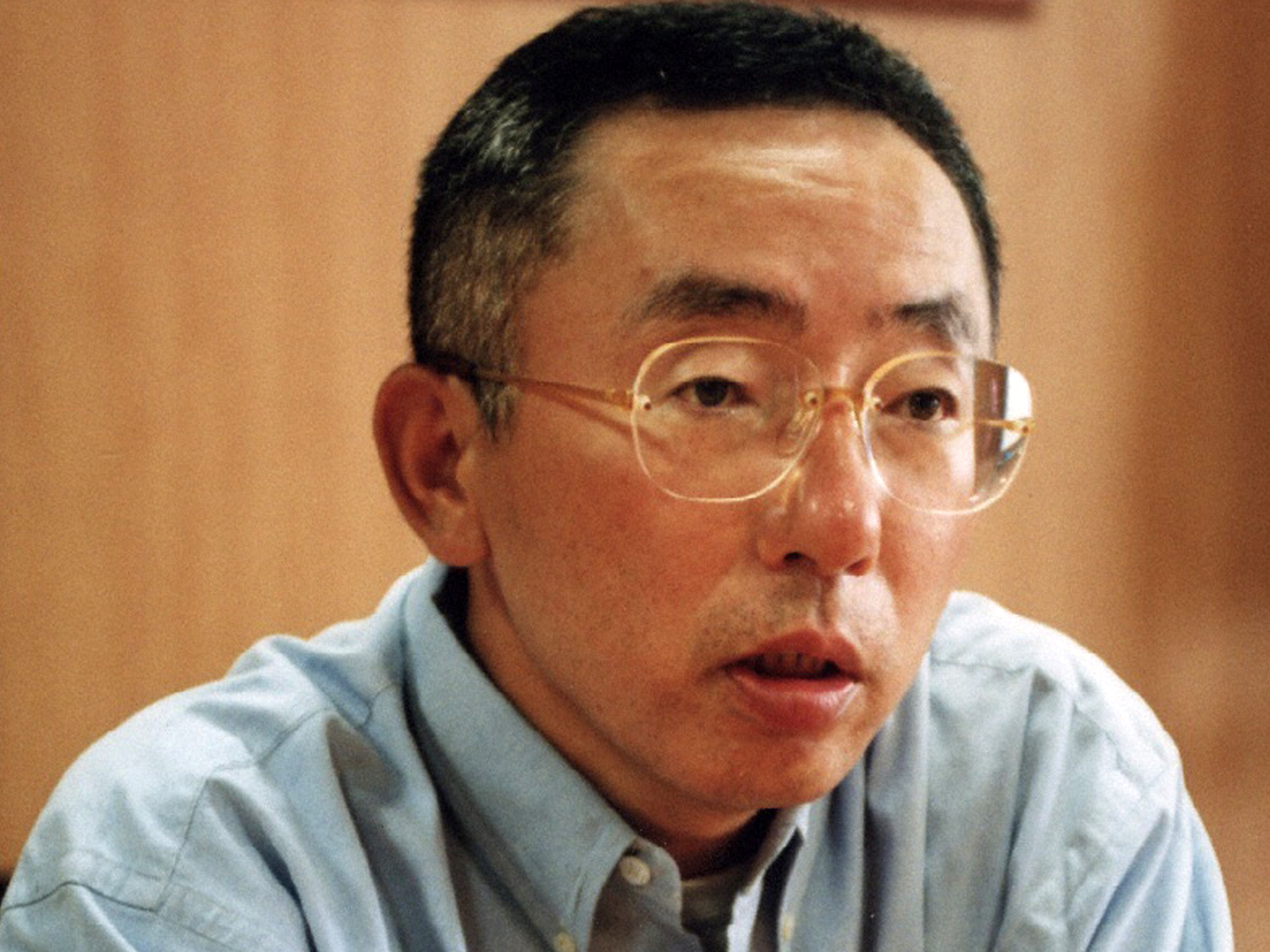 Yanai’s father owned a men’s clothing shop called Men’s Shop Ogori Shoji. The store was on the first floor and the family lived above it. By the 1970s, the business had several locations.

After graduating from college in 1971, Yanai started selling men’s clothing and kitchenware at a Jusco supermarket, but he quit after one year and started working for his father. 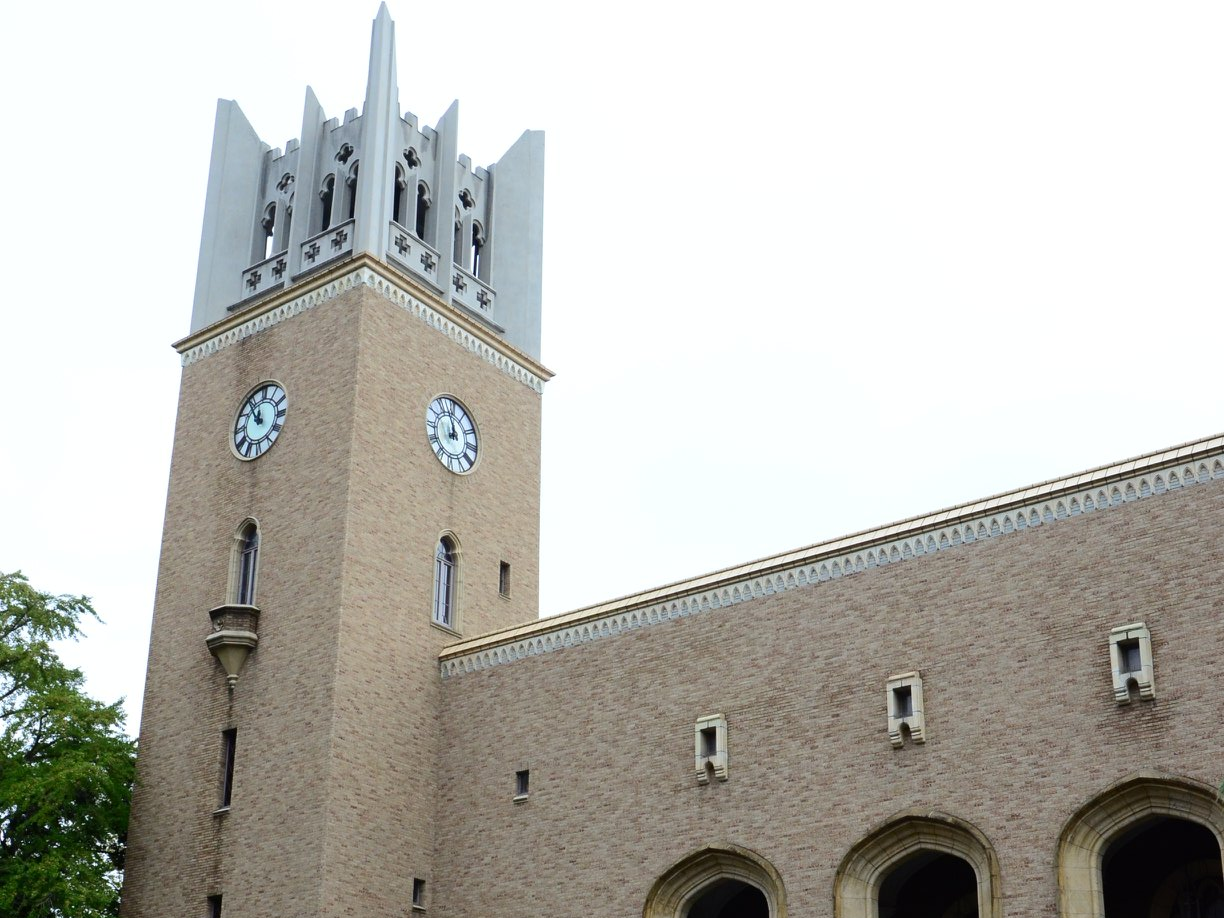 Yanai graduated from Waseda University with a degree in economics and politics.

Yanai said he didn’t start out being very motivated to work. 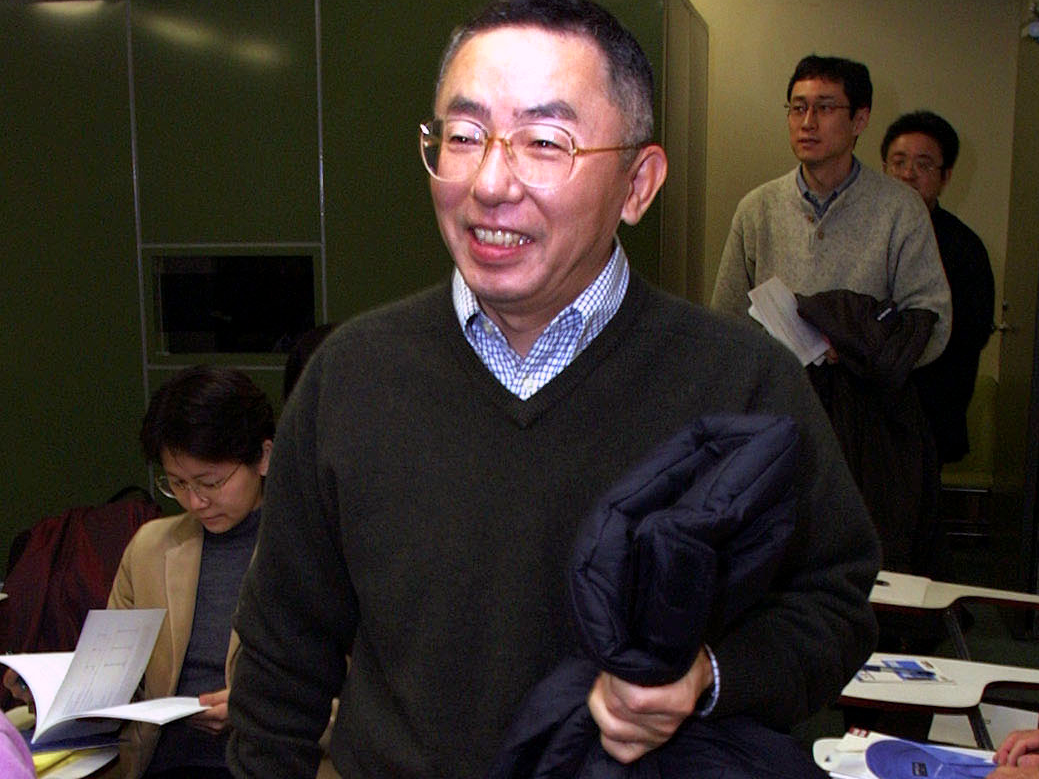 “My preference was not to work my entire life, that’s how I was,” he told ABS-CBN. “My father demanded that I need to find work at Jusco. So regretfully I got a job.”

He said he joined his father’s business because he had nowhere else to go, but he actually ended up finding it fun.

In 1984 in Hiroshima, Yanai founded Unique Clothing Warehouse, which would later be shortened to Uniqlo. A few years later, he changed the name of his father’s clothing company to Fast Retailing.

The company grew quickly over the next several years. By 1996, Yanai had more than 200 stores across Japan. Kurita KAKU/Gamma-Rapho via Getty ImagesA Uniqlo store in Tokyo in 2001.

Uniqlo’s $US15 fleece jacket was the brand’s most popular product, with an estimated one in four Japanese people having bought one by 1998.

The Japanese billionaire, who is married with two children, lives in a 16,586-square-foot house in the woodlands outside of Tokyo. The property, which includes a guard house, a driving range, and a separate thatched-roof teahouse, was estimated to be worth about $US50 million in 2017. Yanai bought the land in an auction for $US78 million in 2001.

Yanai also has a home – worth an estimated $US74 million — in the ritzy Shibuya neighbourhood of Tokyo. 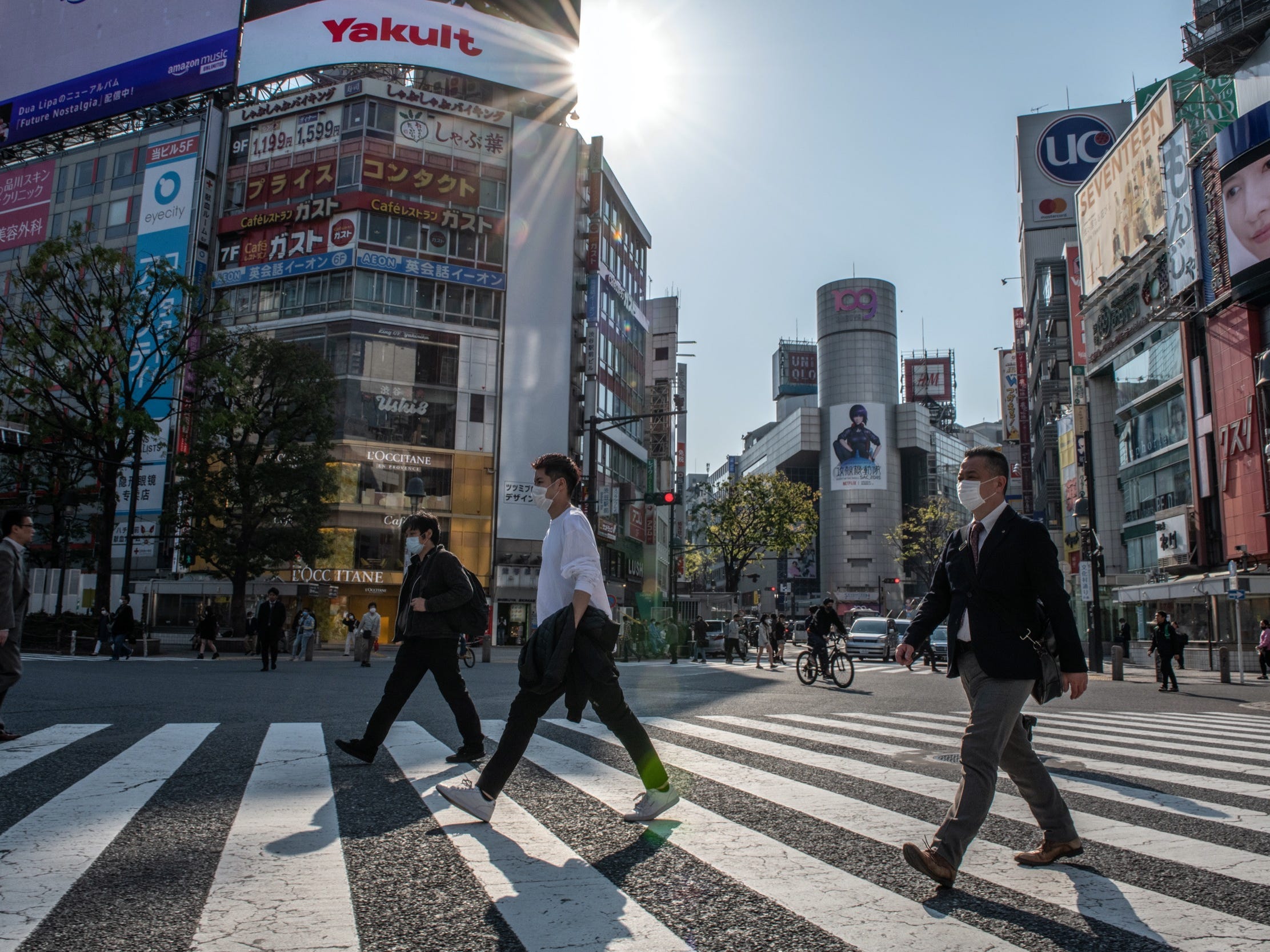 Shibuya is an exclusive Tokyo neighbourhood that government officials and CEOs call home, according to the Japan Times. Living there is “a symbol of status,” Yukiko Takano of Sotheby’s told the Times in 2014.

The billionaire is reportedly an avid golf player. He spends three weeks every summer playing in Hawaii, where he owns two golf courses that he bought for a combined $US74.1 million. Yanai bought the Plantation Golf Course in Hawaii from Maui Land & Pineapple for $US50 million in 2009, according to Bloomberg. In 2010, he bought another course, Kapalua Bay, for $US24.1 million.

Yanai likes to start work at 7 a.m. and be home by 4 p.m. in order to play some golf and spend time with his wife, the Financial Times reported in 2013. 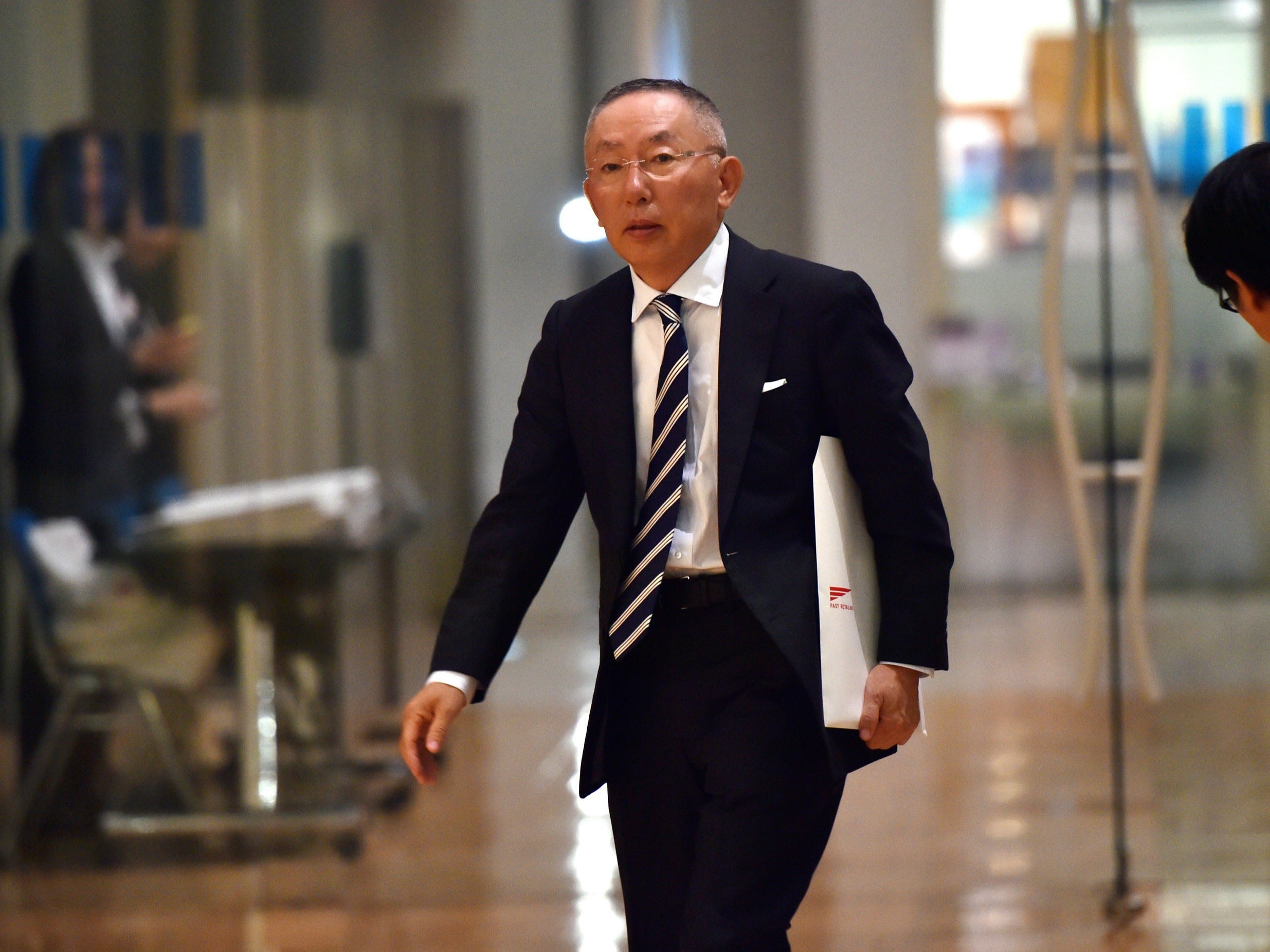 His company has adapted its entire schedule to the chairman’s early hours, according to the Times. 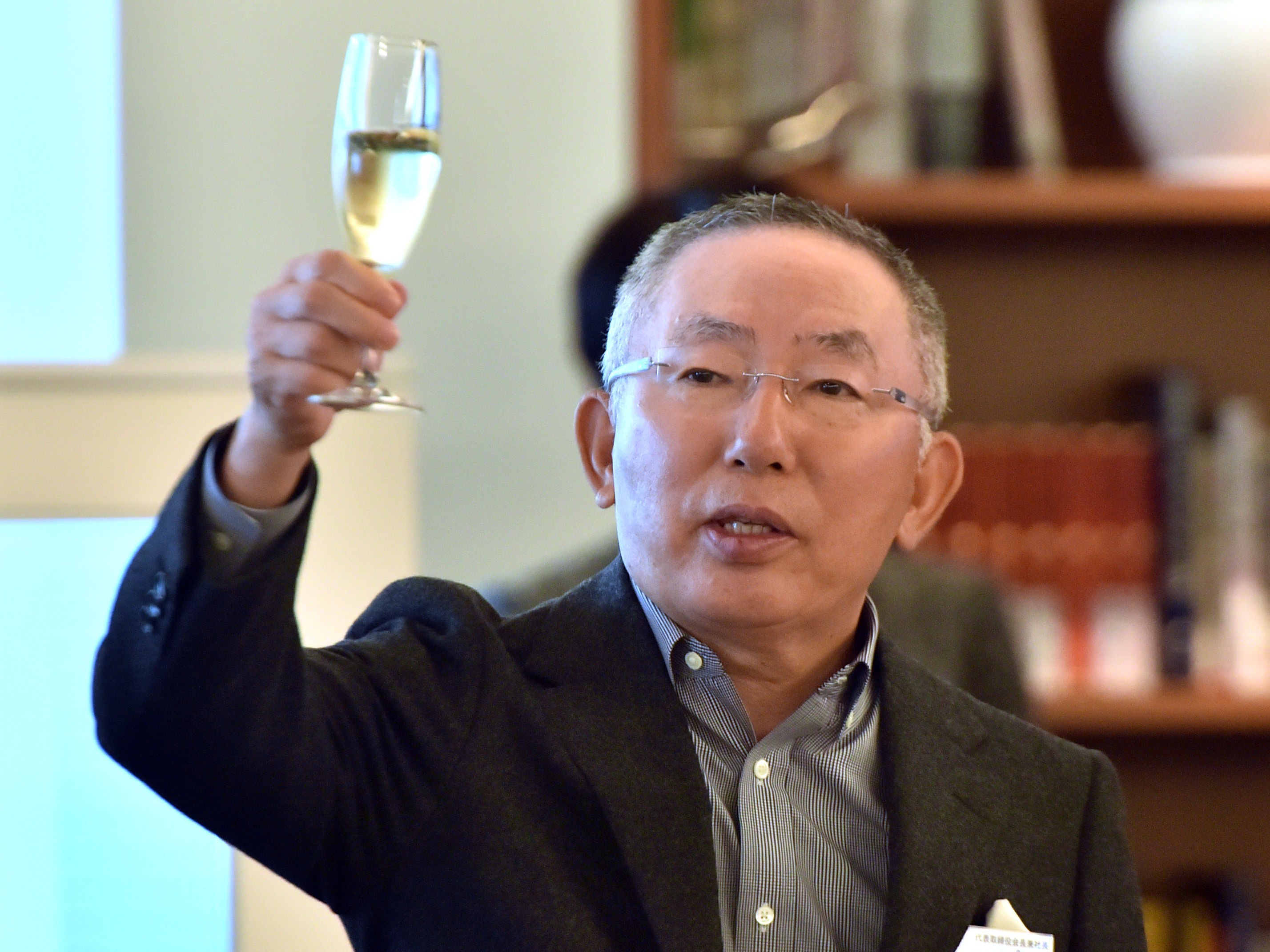 Fast Retailing is now the third-largest global clothing retailer, after H&M and Inditex, the parent company of Zara, according to MoneyWeek.

Today, Fast Retailing operates more than 2,100 Uniqlo stores in at least 24 countries — and that’s not counting the group’s other brands. 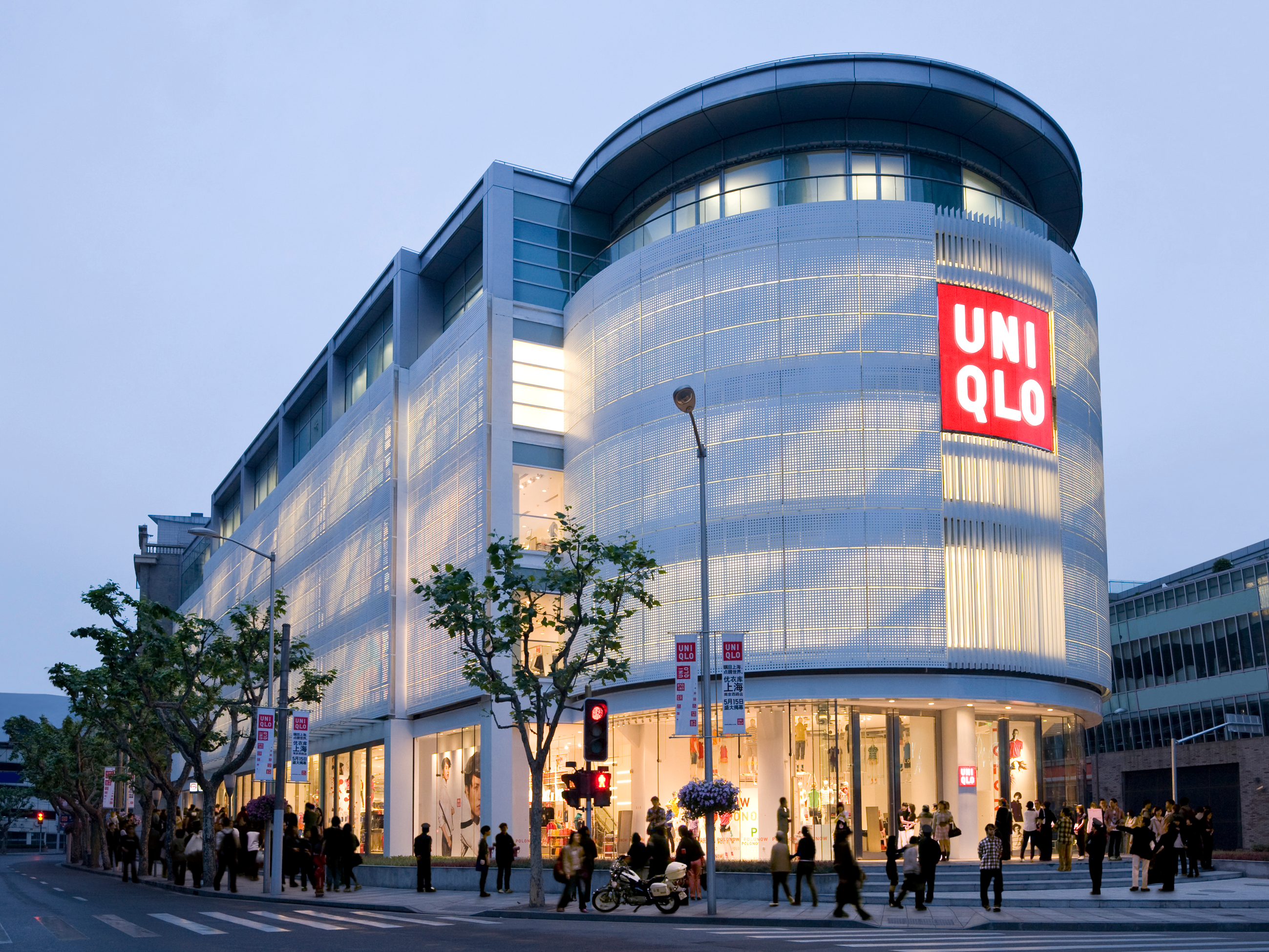 Uniqlo – Fast Retailing’s most successful brand – has more than 1,900 stores globally, with 810 in Japan.

Only 50 of those are in the US, and the vast majority are scattered throughout Asian countries that include Japan, China, Hong Kong, and South Korea.

Uniqlo is known for its relatively affordable, timeless basics. “Uniqlo isn’t in the business of chasing trends,” Gillian B. White wrote in The Atlantic. Yanai himself told Vault Magazine in 2011 said Uniqlo’s clothes are “geared to all types of people: whether they are billionaires, the middle class, the lower end. We need to cater to all, just like Marks and Spencer or Gap or the current H&M and Zara. Unless we cater to all segments of life and segments of people, we cannot be successful.”

Yanai has made it clear he wants Fast Retailing to be the world’s largest clothing retailer. 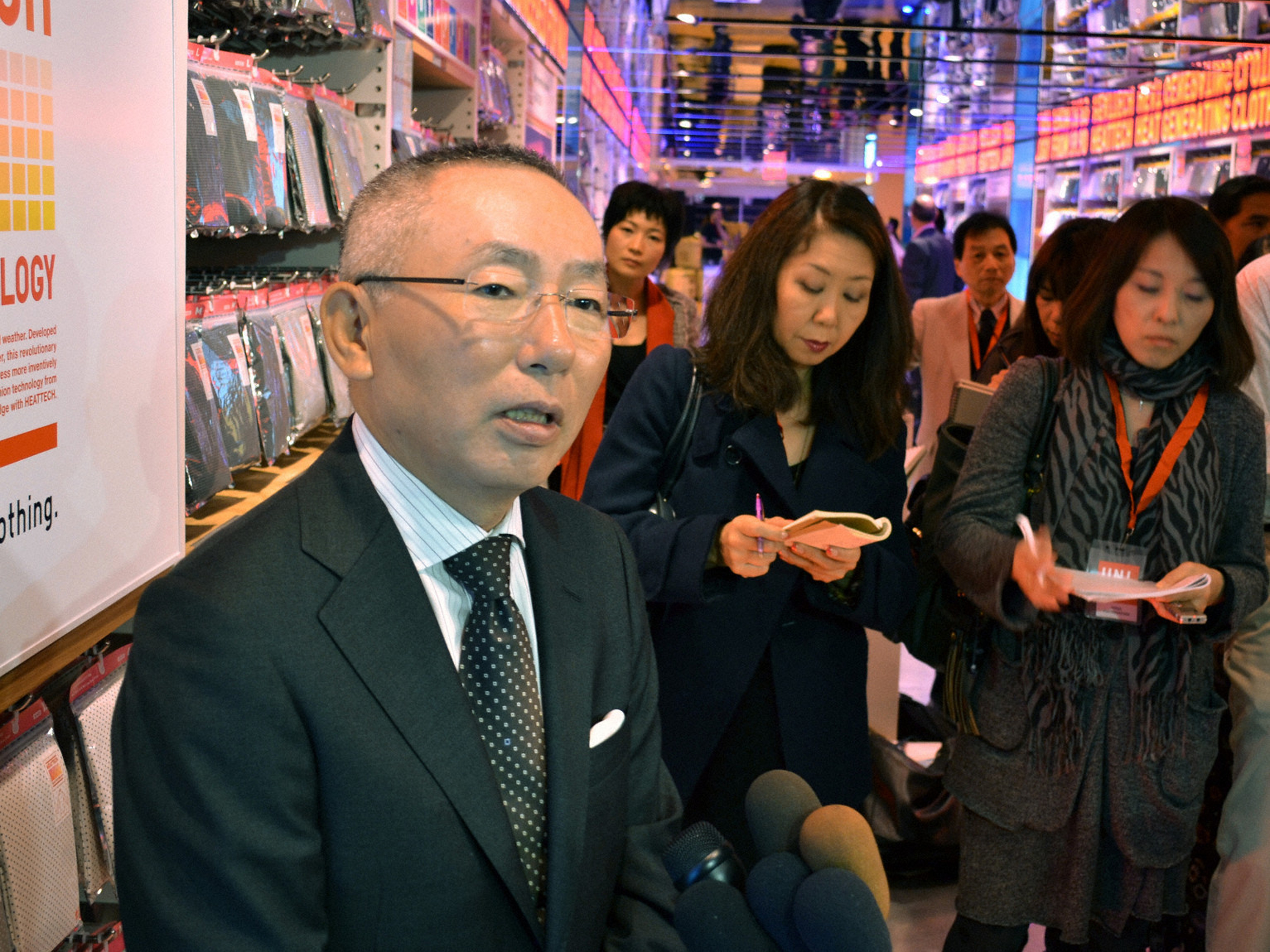 Yanai has always named H&M and Zara as Fast Retailing’s biggest rivals. He told Forbes Asia in 2017 that his goal is to have the company’s revenue up to $US29 billion by 2020.

“Information and digital innovation will determine the winner,” Yanai said. “And that’s the area we are in.”

Uniqlo opened its first stores in Denmark, Italy, India, and Vietnam in 2019.

Uniqlo has pioneered the use of artificial intelligence in its stores to improve customers’ shopping experience. Kyodo News via Getty ImagesA woman shows her avatar displayed on her smartphone at GU Style Studio in Tokyo in November 2018.

“Select stores have AI-powered UMood kiosks that show customers a variety of products and measures their reaction to the colour and style through neurotransmitters,” Blake Morgan wrote in Forbes. “Based on each person’s reactions, the kiosk then recommends products. Customers don’t even have to push a button; their brain signals are enough for the system to know how they feel about each item.”

And in 2018 Uniqlo launched GU Style Studio stores, fitting-only stores where customers can try on clothing and place orders online for later delivery, according to the Japan Times.

Yanai’s two sons are both on Fast Retailing’s board of directors. 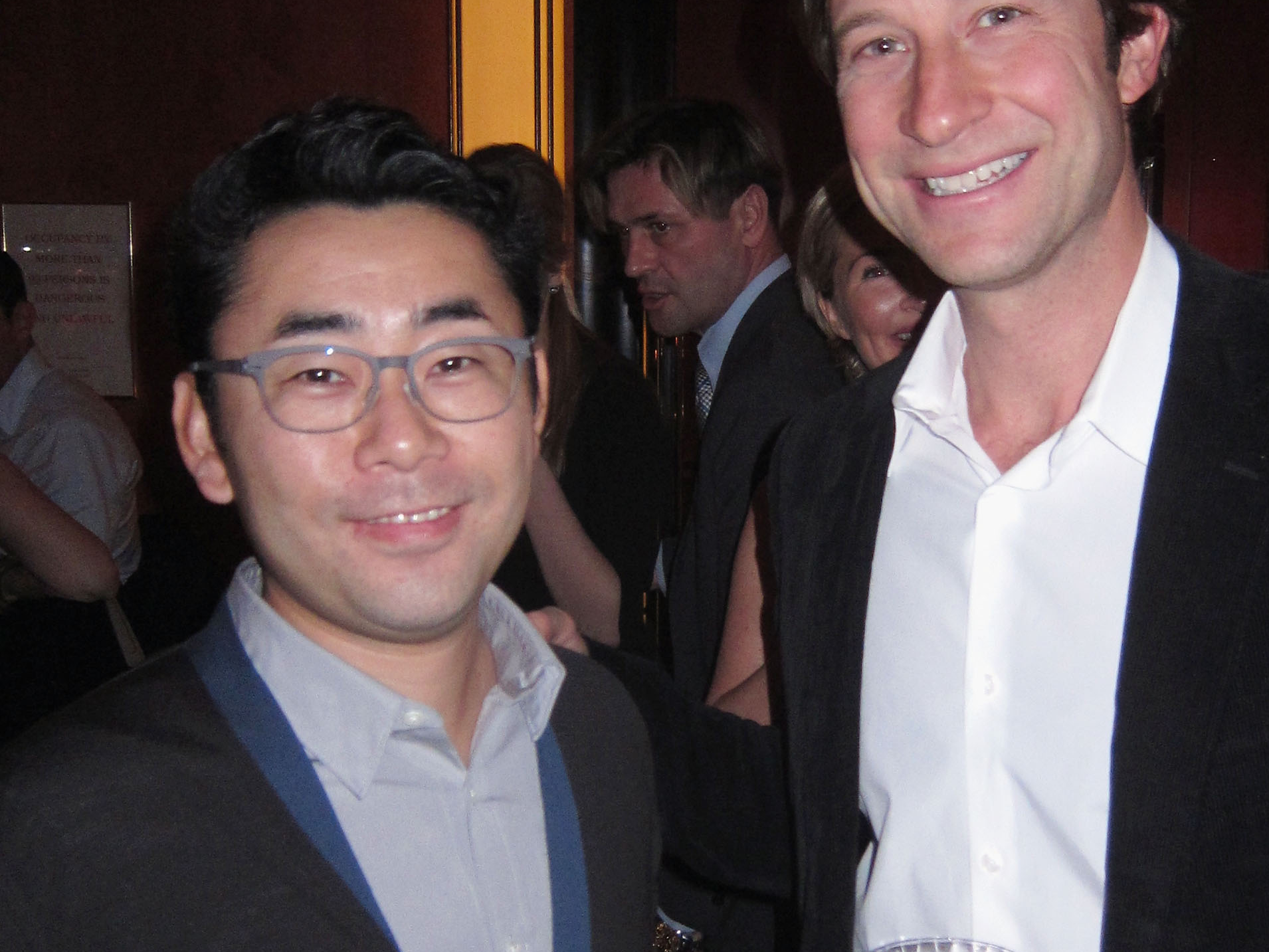 Jason Binn/WireImageKazumi Yanai at an event in New York City in 2012.

“This means that corporate governance will function even when I’m absent,” Yanai said when he announced their promotions in October 2018. “It does not mean that they will take charge of the company.”

Yanai’s sons, Kazumi Yanai and Koji Yanai, were both senior vice presidents at Fast Retailing before being promoted to the board, according to Nikkei Asian Review.

In 2017, Yanai told the Nikkei Asian Review that he would step down as president of Fast Retailing when he turned 70, but stay on as chairman. 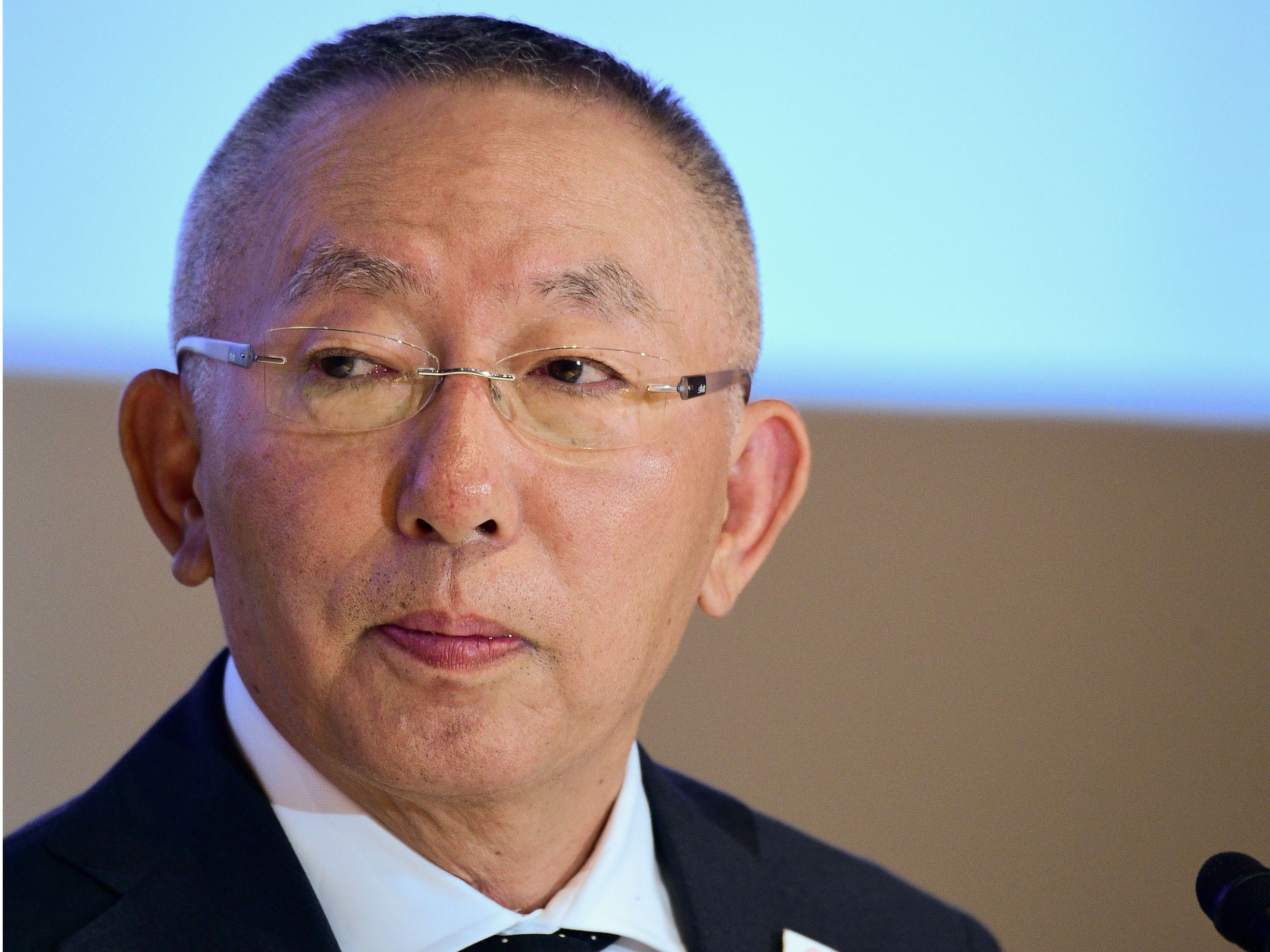 Yanai turned 71 in February 2020 and so far has made no official announcement about leaving his role as president or about who will take his place, although he did recently tell Bloomberg Japan that his CEO role is “more suitable for a woman” because women “are persevering, detail-oriented and have an aesthetic sense.”

During the coronavirus pandemic, Fast Retailing said it’s seen a sharp drop in revenue — but sales have started to recover in some of its key markets. 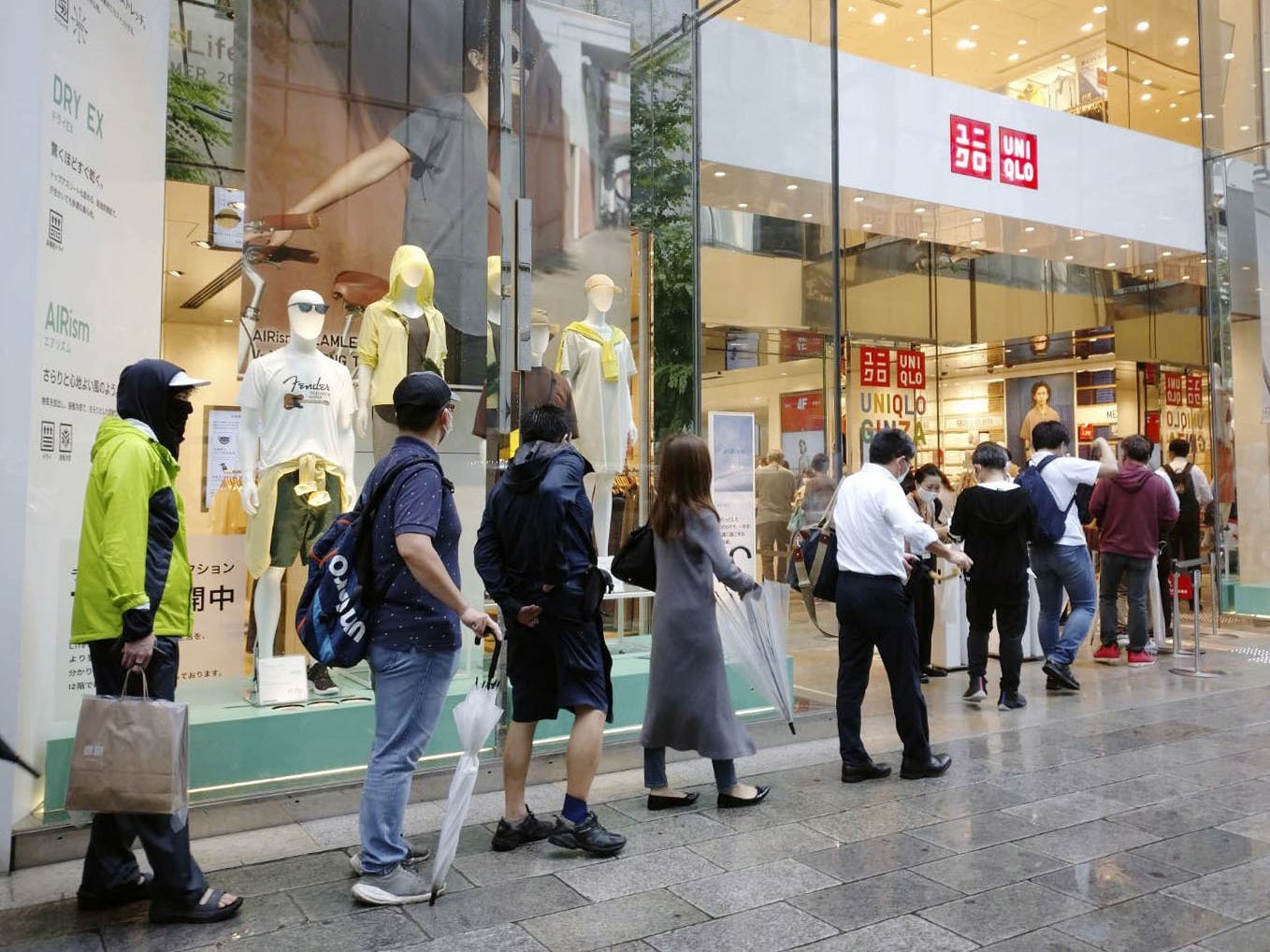 Kyodo News via Getty ImagesA Uniqlo store in Tokyo on June 19, 2020 right after the launch of its washable and fast-drying face masks.

In July, Fast Retailing predicted that its operating profit would be 50% lower and sales would be 13% lower from the year before due to the coronavirus crisis, Reuters reported.

The company’s CFO, Takeshi Okaza, told reporters at the time that the group had seen “a large decline in both revenue and profit across the business.” But the company also said that sales were already recovering faster than expected in Japan and China, two of its most important markets.