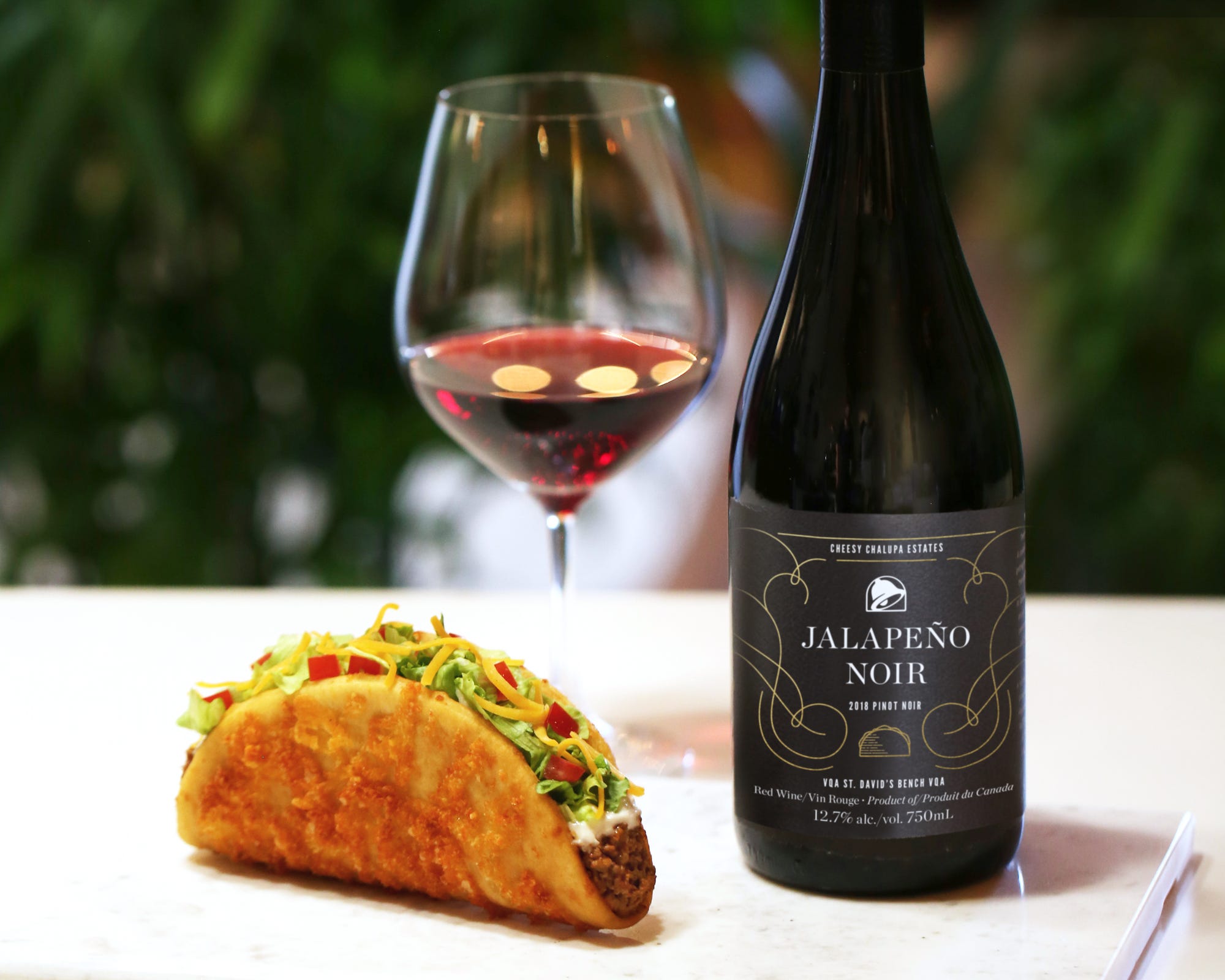 Mexican Pizza may be leaving the menu for good, but Taco Bell has some new and exciting news for its fans. 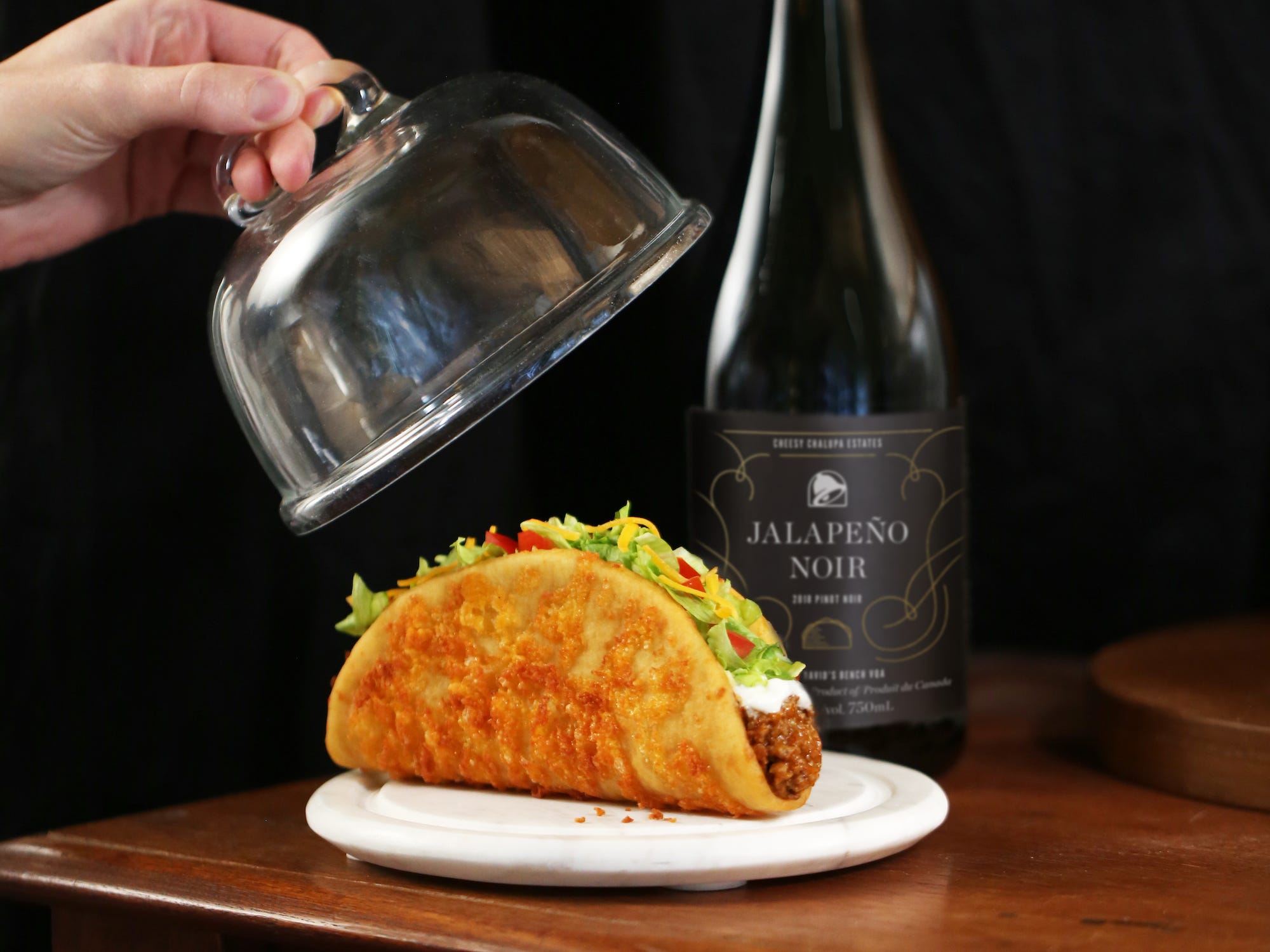 “The rich taste and crunchy texture of the beloved Toasted Cheesy Chalupa complement notes of wild strawberry, cherry, and beetroot in this silky red wine,” the spokesperson added.

JalapeÃ±o Noir is a Pinot Noir that’s been produced by Queenston Mile Vineyard in Ontario, Canada, according to Food & Wine.

Taco Bell’s new wine will be sold with three different labels and is priced at $US25 CAD (about $19 USD). 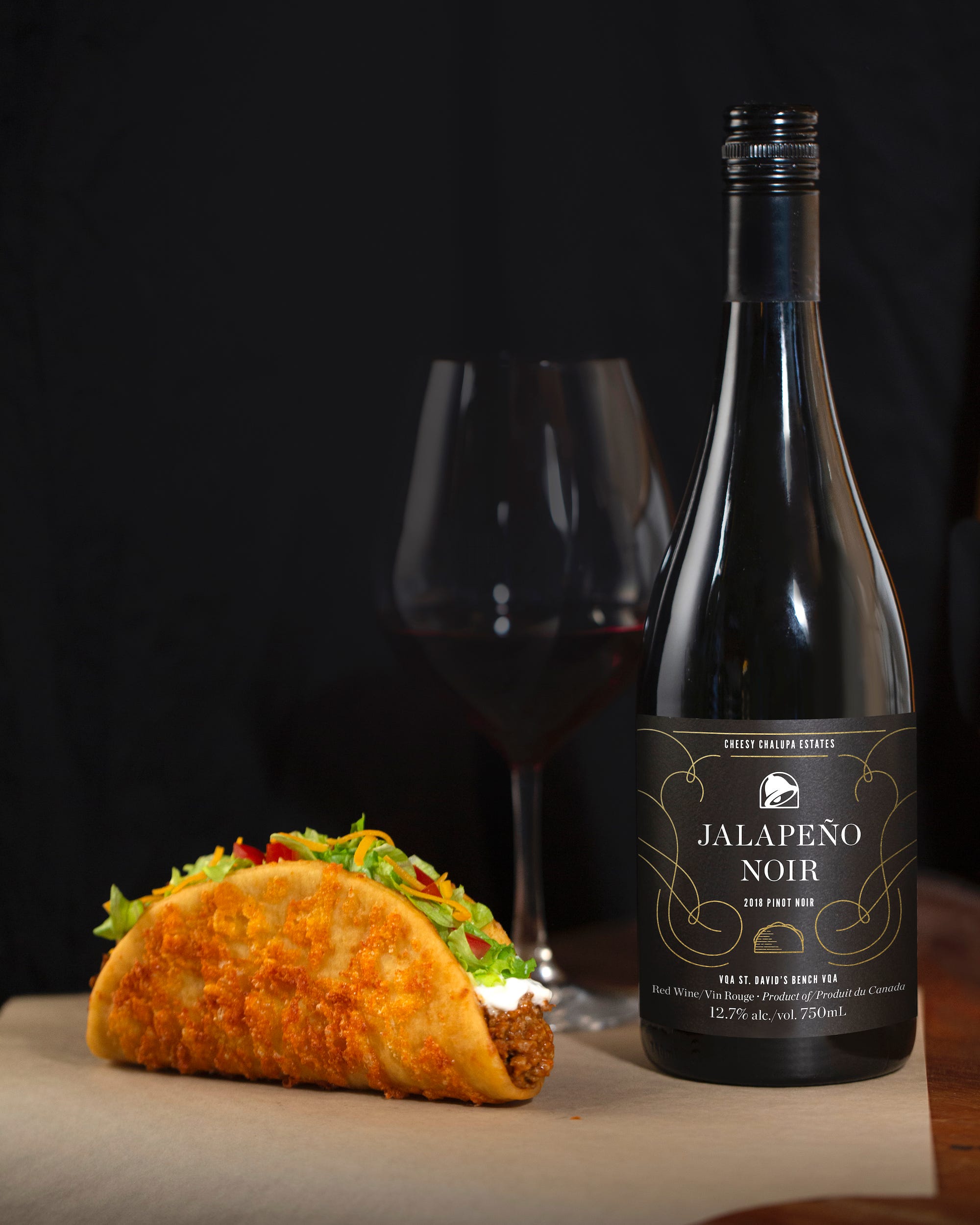 Taco BellThe wine is a Pinot Noir and features hints of ‘wild strawberry, cherry, and beetroot.’

“Wine and cheese are simply meant to be together, so launching a new wine to go with the craveable, cheddary Toasted Cheesy Chalupa made perfect sense,” Kat Garcia, the company’s director of brand marketing, said in an announcement. “At Taco Bell Canada, we love to raise our glass to big, bold ideas that elevate our menu items, and pairing our Toasted Cheesy Chalupa with this JalapeÃ±o Noir is no exception.”

Unfortunately, JalapeÃ±o Noir will only be available in Canada for the time being. Canadians can purchase the wine at www.tacobell.ca, or from select locations in Hamilton and Toronto via Uber Eats, starting on September 16.

But it’s not all bad news for American fans. Taco Bell also announced that the Toasted Cheddar Chalupa will be returning to US menus in November, joining the Grilled Cheese Burrito â€” the chain’s newest cheesy addition.