T-Mobile launched its standalone 5G network in the US 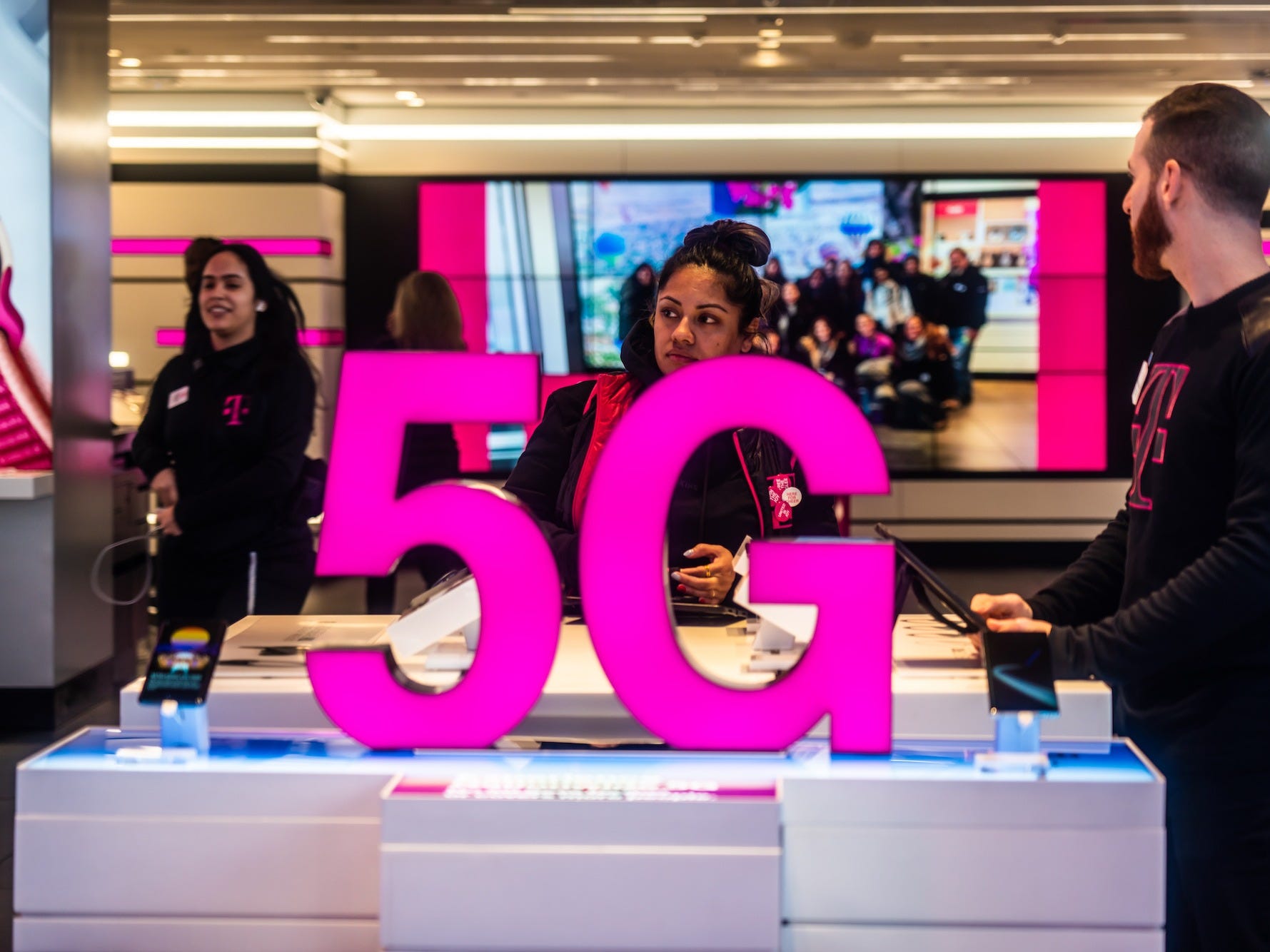 Alex Tai/SOPA Images/LightRocket via Getty ImagesCustomers at a T-Mobile store, with 5G signage in February 2020.

T-Mobile is launching its own standalone 5G network, an industry first as the next-generation wireless technology continues to make its grand entrance.

The company announced the network in a blog post on Tuesday. T-Mobile already had a sizable reach with its 5G network, but this new standalone network will expand it even further. The carrier’s 5G network now covers 250 million people, up 30% from before.

In addition to its new standalone network, T-Mobile also maintains its non-standalone architecture, in which a 4G LTE core is combined with 5G capabilities.

The company had previously activated a nationwide 5G network in late 2019 that was said to be more expansive than T-Mobile’s competitors. However, due to the longer range, the speeds were slower than the gigabit speeds that 5G networks are known for, as Business Insider’s Antonio Villas-Boas reported.

5G is the next-generation of 4G LTE, which is what has been running our mobile devices and allowing us to stream videos, make phone calls, and use apps. 5G has been anticipated to be a mighty upgrade from its predecessor, increasing the speed in which consumers can use their phones and improving connectivity in more places.