A Syracuse basketball star is back on the court after breast cancer, chemo, and a double mastectomy derailed her senior season 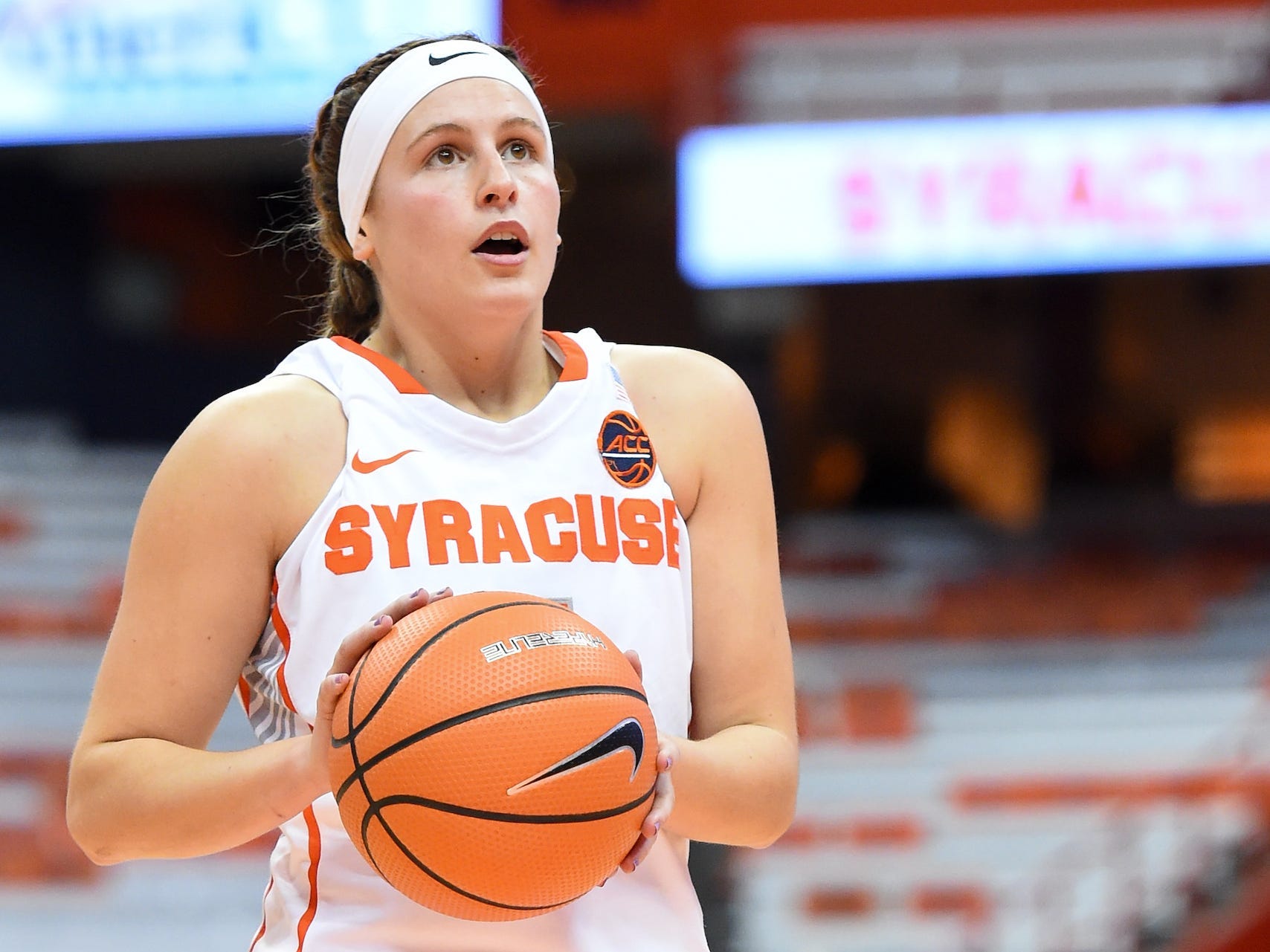 Syracuse women’s basketball’s Tiana Mangakahia has completed the comeback of all comebacks.

The fifth-year guard led all scorers in the Orange’s season opener against the Stony Brook Seawolves on Sunday. The 16-point performance marked her first game back on the court since she learned she had Stage 2 Grade 3 Invasive Ductal Carcinoma â€” breast cancer â€” in the summer of 2019. 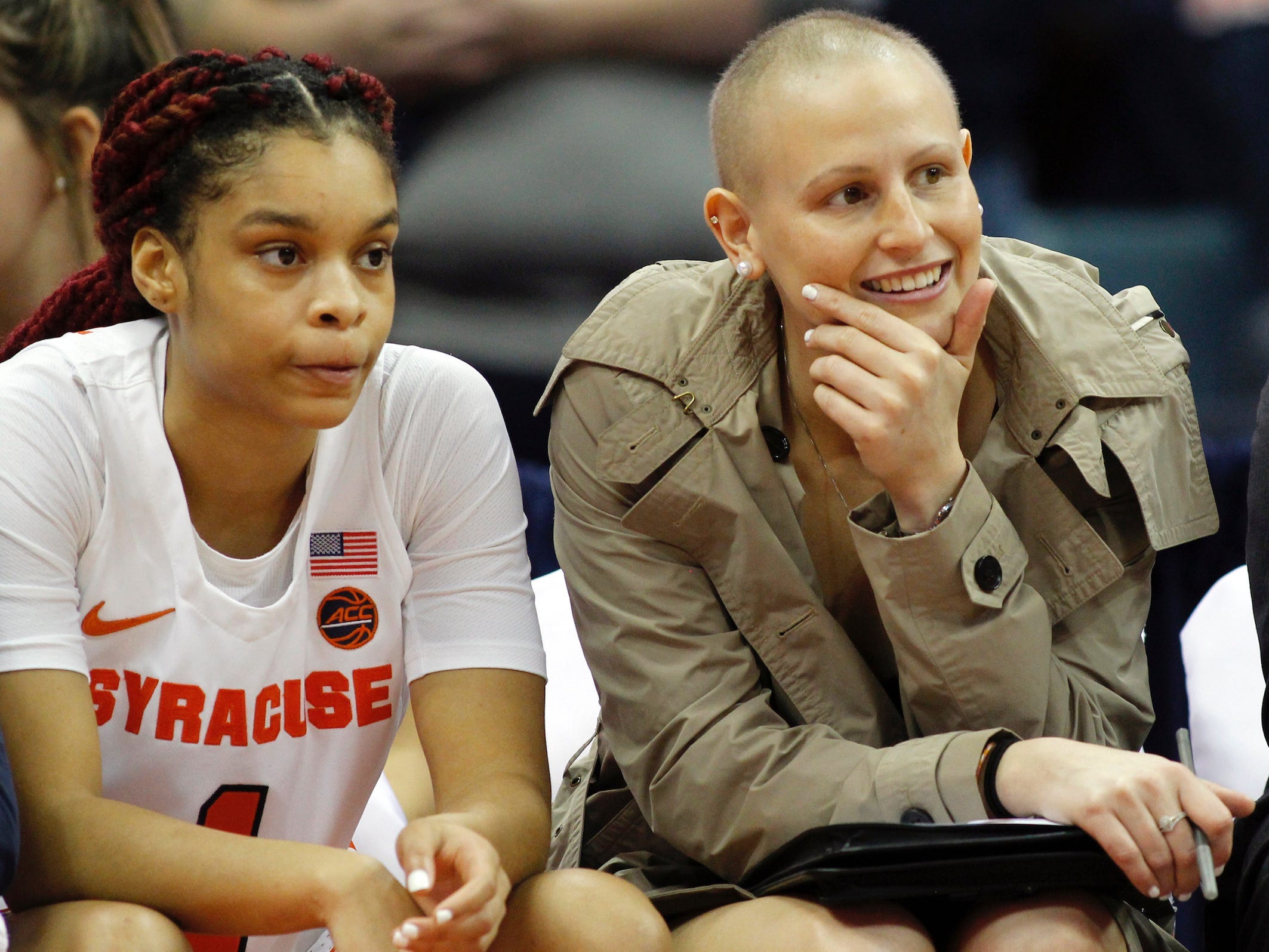 “I was very emotional, and I couldn’t believe this day was here,” Mangakahia told reporters after the game, per Syracuse.com.

In the months after her diagnosis, Mangakahia endured health procedures and went through chemotherapy treatments while watching her Syracuse teammates from the sidelines. 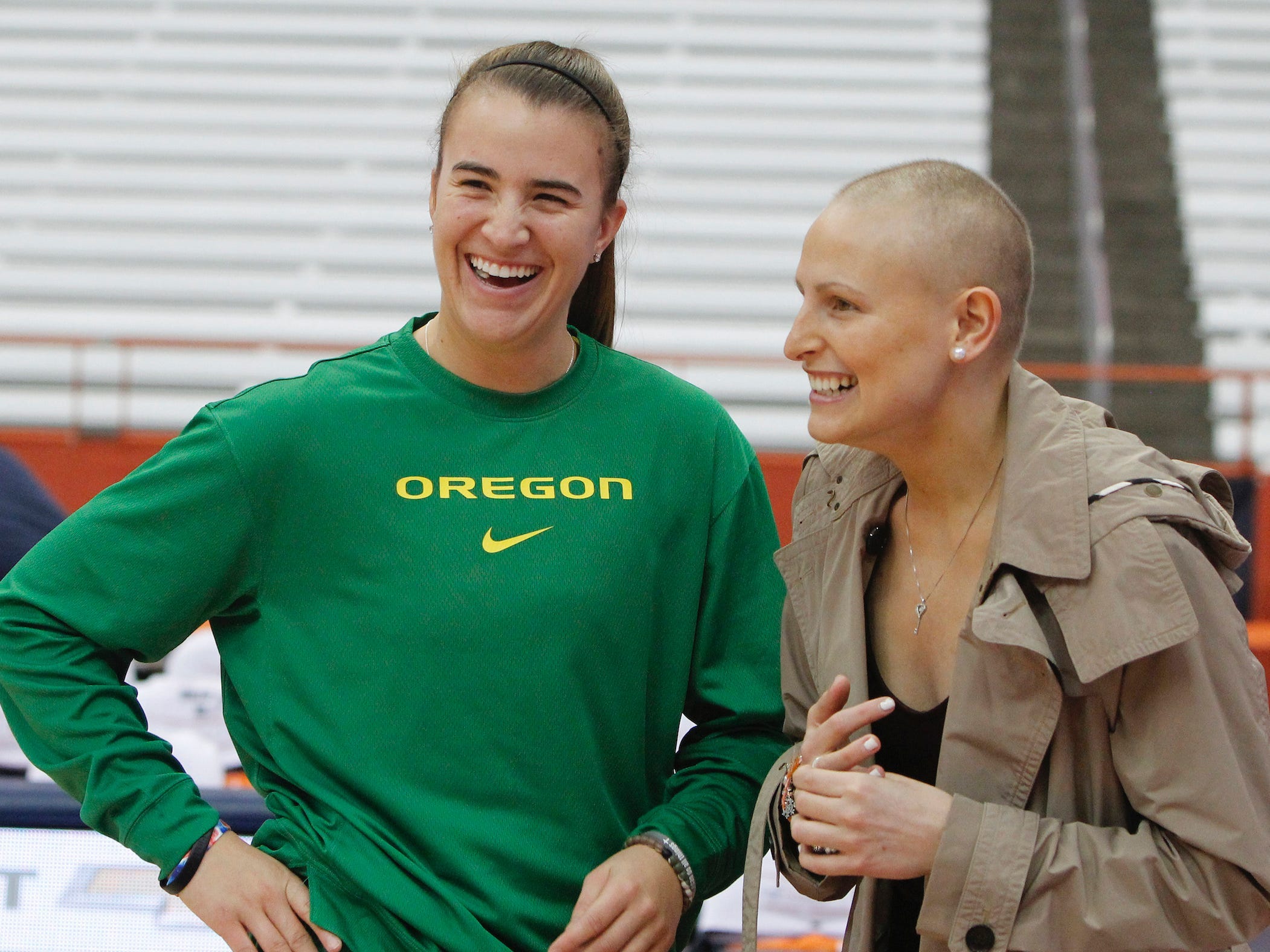 In November of 2019, the Syracuse women’s basketball program announced that Mangakahia was officially cancer-free following a successful double mastectomy â€” the surgical removal of both of her breasts.

Thank you for all the well wishes, Tiana’s surgery was a success!#Tough4T???? pic.twitter.com/yeaQ5MamW7

And earlier this week, a full 615 days after her previous game for the Orange, the 25-year-old once again suited up for head coach Quentin Hillman’s squad.

“I’m just so grateful that she has the opportunity to play again,” Hillsman said in his post-game press conference Sunday. “Some people lose their life, and she’s here and playing for us. I’m very thankful and grateful.”

Mangakahia was a true star for Syracuse before her hiatus. During the 2017-2018 season, she led the Orange with 17.5 points, 9.8 assists, and 2.5 steals per game en route to first-team All-ACC honours. She repeated the feat during Syracuse’s 2018-2019 campaign, once again pacing the team with 16.9 points and 8.4 assists per game. As a junior, Mangakahia became both the fastest player in program history to record 1,000 career points and the Orange’s all-time leader in career assists. 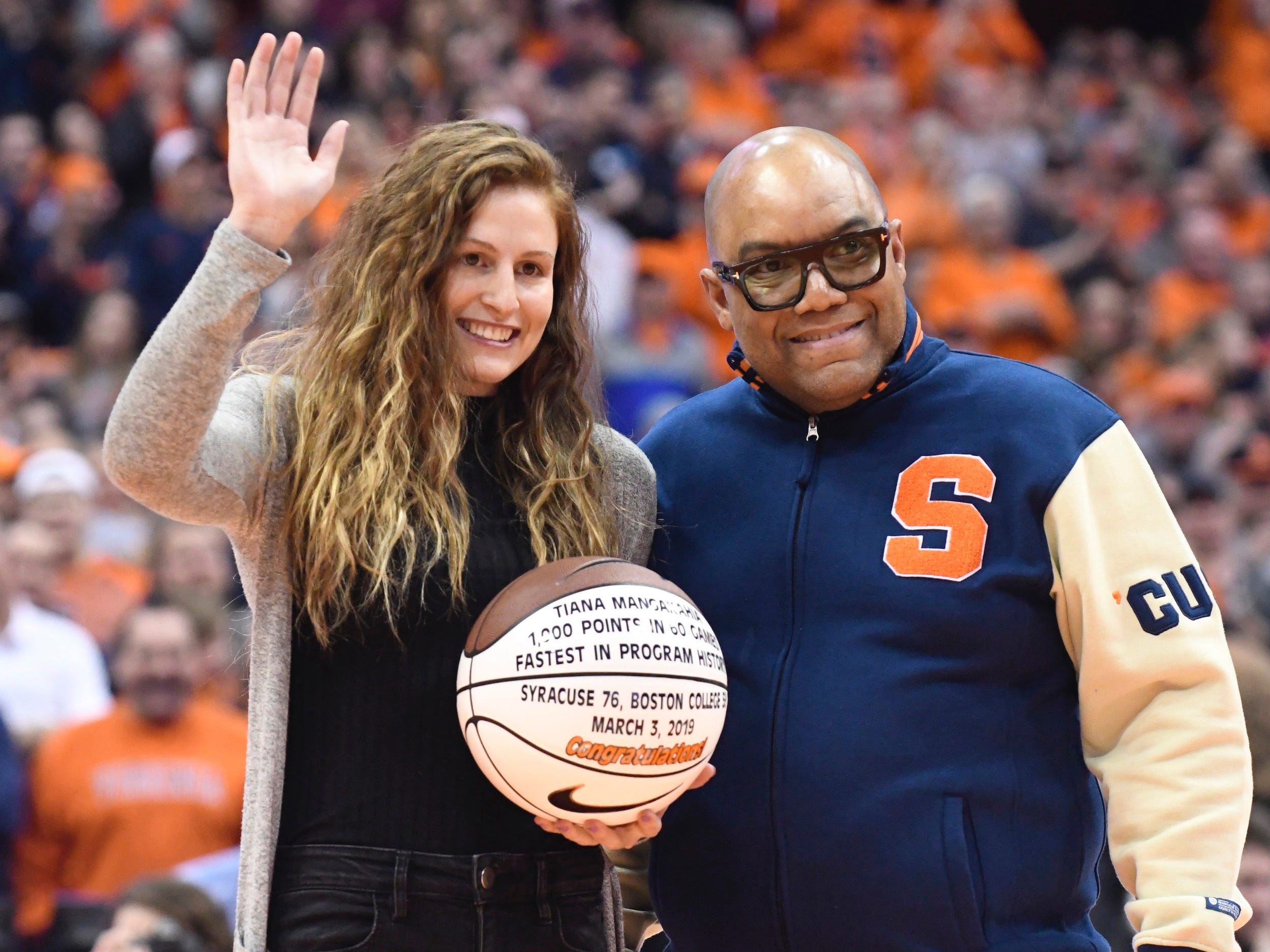 The 5-foot-6 point guard appears to be back in peak form this season. Mangakahia added seven rebounds and three assists to her 16-point performance in Syracuse’s season opener. She followed up that effort with an eight-point, eight-assist showing in just 15 minutes during Wednesday’s 51-point blowout victory over the Division II Lincoln PA Lions.

As of Tuesday, Mangakahia has been named to the preseason top-30 watch list for college basketball’s most prestigious individual honour â€” the John R. Wooden Award â€” alongside teammate Kiara Lewis. Even still, the Brisbane, Australia, native says, “there’s so much I need to work on” on the court. 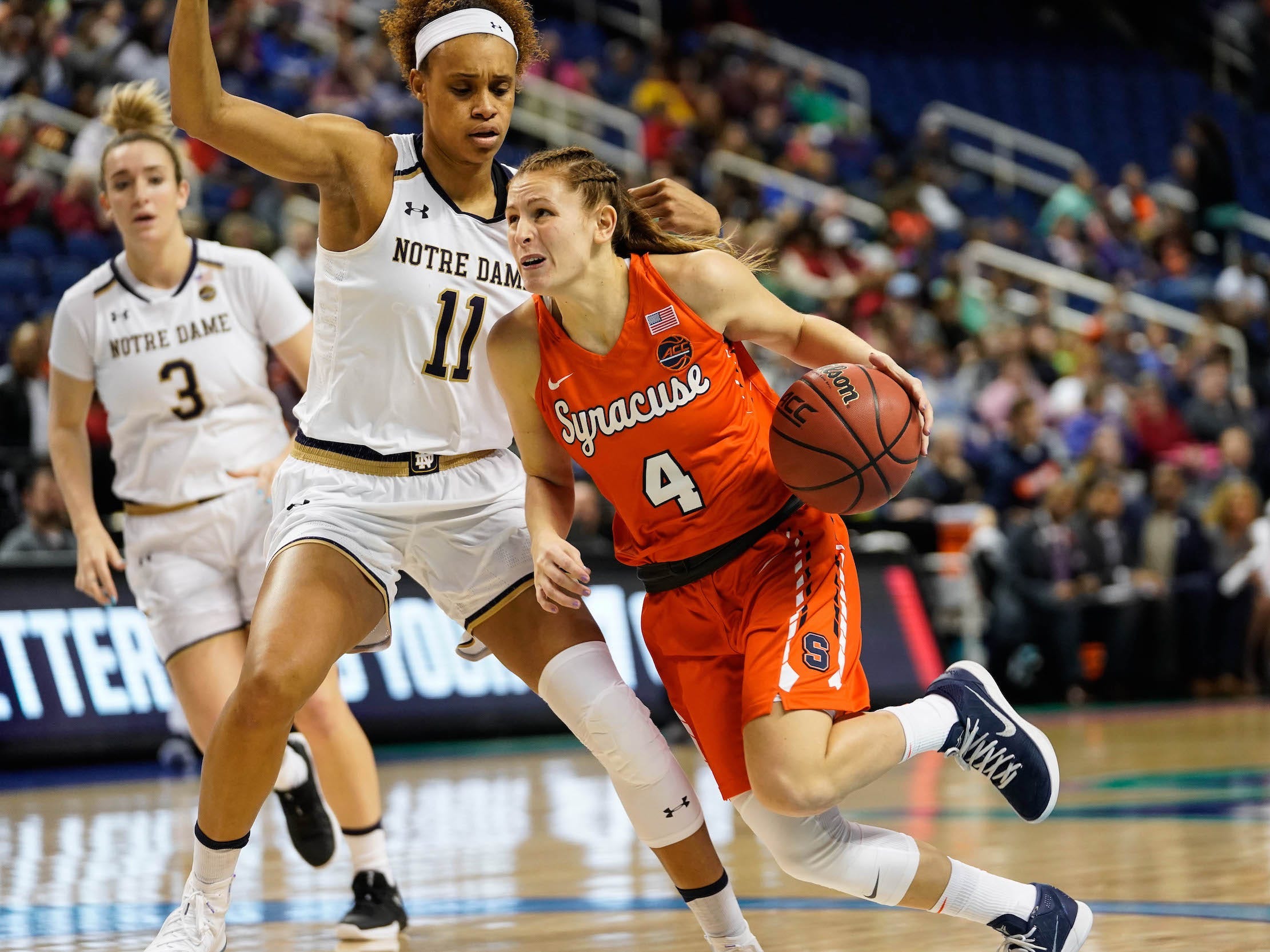 “I’m still getting used to my body and how it’s changed,” Mangakahia said after Sunday’s game. “I gotta play how my body will let me play.”

She’ll have a chance to improve her game further when she next takes the floor on December 10, as the No. 22 Orange take on the Miami Hurricanes down in Florida. The matchup marks Syracuse’s first ACC matchup of the year and Mangakahia’s first conference game since March 9, 2019.