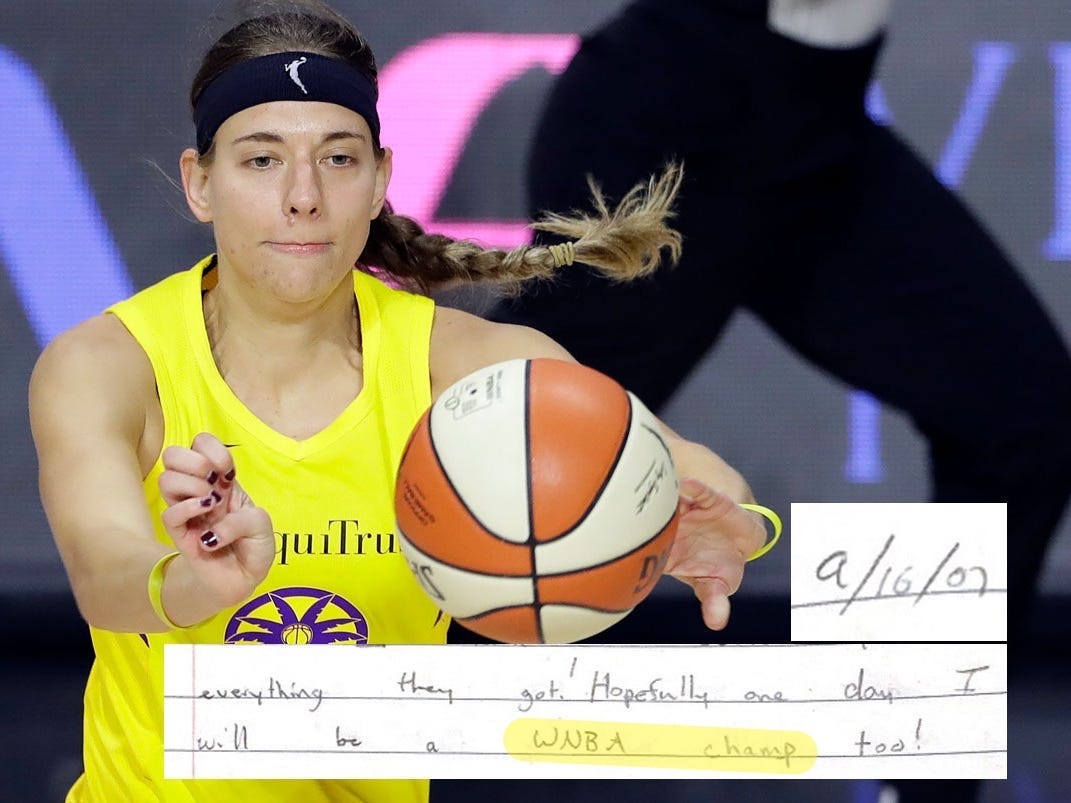 AP Photo/Chris O’Meara/Sydney Wiese TwitterLos Angeles Sparks guard Sydney Wiese posted a picture of a note from 10 years before she joined the WNBA to Twitter.

On April 13, 2017, the Los Angeles Sparks selected Sydney Wiese with their first-round pick in the 2017 WNBA Draft.

But some 10 years earlier, playing in the league â€” and, eventually, winning a championship â€” was just a pipe dream for Wiese.

The six-foot guard stumbled upon a journal entry she wrote when she was 12 years old in which she mused about playing in the WNBA someday. In the note, dated September 16, 2007, Wiese writes that “the Phoenix Mercury beat the Detroit Shock for their first-ever WNBA title.” A Phoenix, Arizona, native herself, Wiese said her hometown Mercury players “deserve everything they got” and lauded Cappie Pondexter, Diana Taurasi, Penny Taylor, Kelly Miller, and Tangela Smith for working “so hard this season.”

“Hopefully one day I will be a WNBA champ, too,” she added.

Wiese â€” who is now four seasons into her WNBA career â€” has yet to win a WNBA title. But she has played against at least one of her idols from that 2007 championship team in Taurasi, who has since gone on to become the league’s all-time leading scorer and three-point shooter. 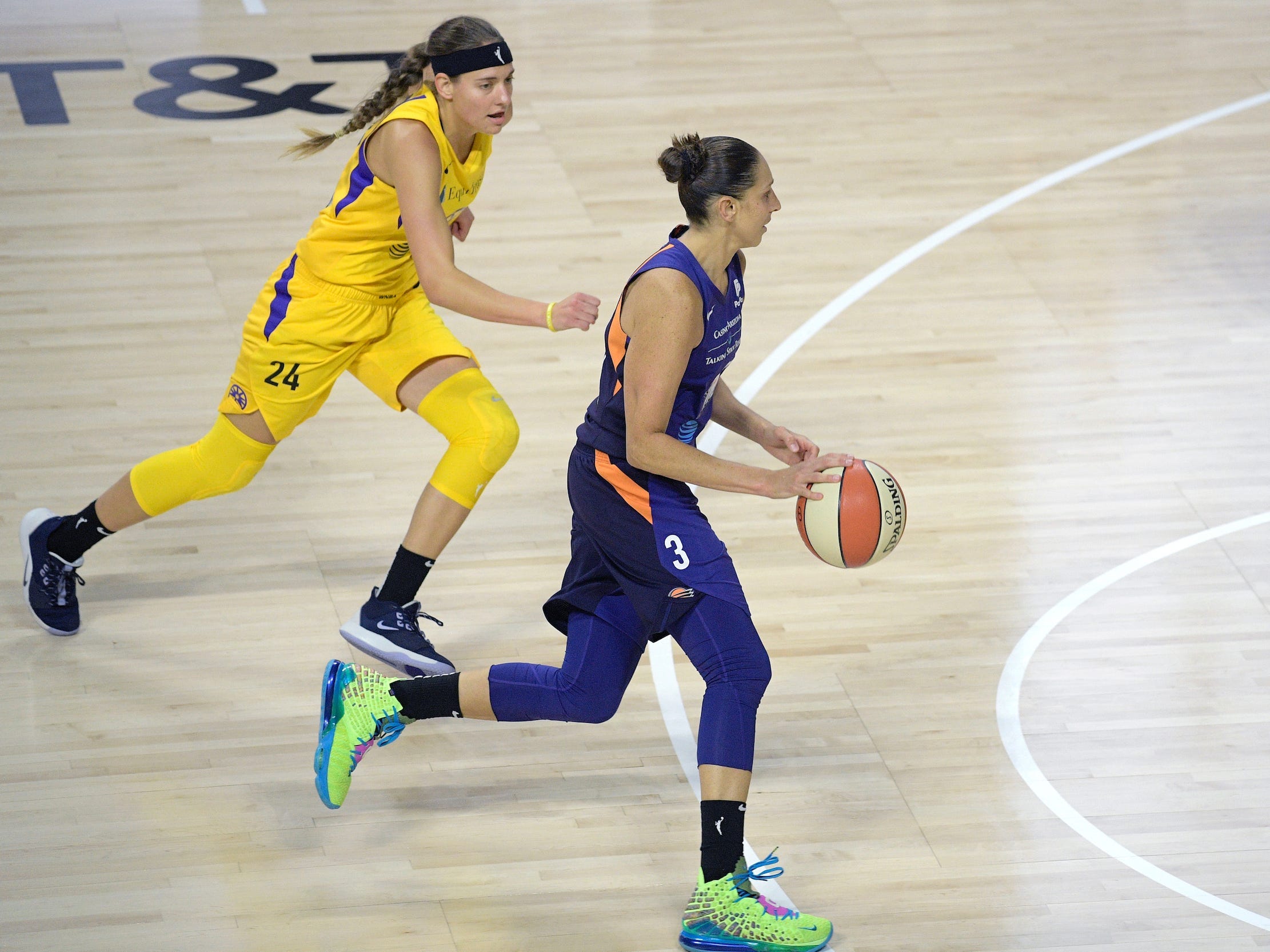 The now-25-year-old posted a picture of the note to her Twitter account and quoted Bleacher Report’s Arielle Chambers in the caption.

“What’s the phrase @ariivory always says?” Wiese wrote. “THE WNBA IS SO IMPORTANT.”

THE WNBA IS SO IMPORTANT.