Mother, 70, accused of keeping her son captive for 28 years is no longer suspected of committing a crime 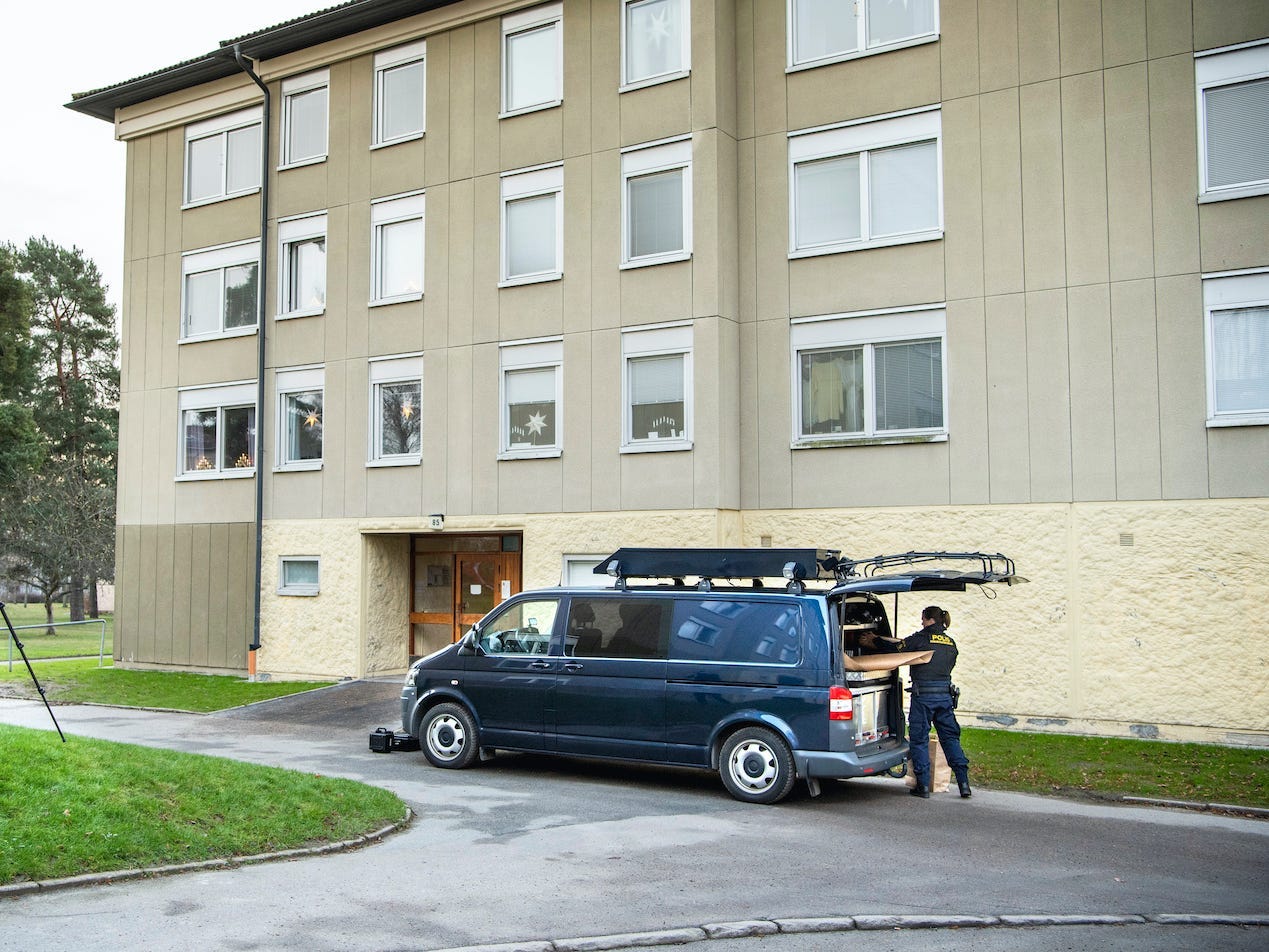 Claudio Bresciani/TT via APThe Stockholm flat where the man was discovered by a relative.

A 70-year-old woman is no longer suspected of any crime after being arrested Tuesday on suspicion of grievous bodily harm and the unlawful deprivation of liberty.

She was initially accused of having kept her 41-year-old son captive in her Stockholm apartment for the past 28 years.

The mother was reported to the police after a family member broke into the apartment and found the man pockmarked in wounds and pus, missing all of his teeth, and unable to speak. The relative also described the flat as covered in “urine, dirt, and dust,” she told the Swedish newspaper Expressen.

The man was taken to a hospital for surgery, a Stockholm prosecutor told Reuters.

The preliminary investigation eventually found no evidence suggesting the man was kept in the apartment against his will.

“We have not been able to find any evidence that any crime has been committed by the woman,” the prosecutor Emma Olsson told the broadcaster SVT.

Olsson also said the man’s wounds were most likely the result of illness, according to the Swedish news agency TT.

While the man’s mother is no longer facing charges, the formal investigation has not been closed.

“One can question her suitability as a mother, but this is now up to social services to look into,” Olsson told AFP.