Sweden, having refused to lock down, is now bringing in tougher COVID-19 restrictions as cases and deaths soar. 'This is the new norm,' the prime minister said. 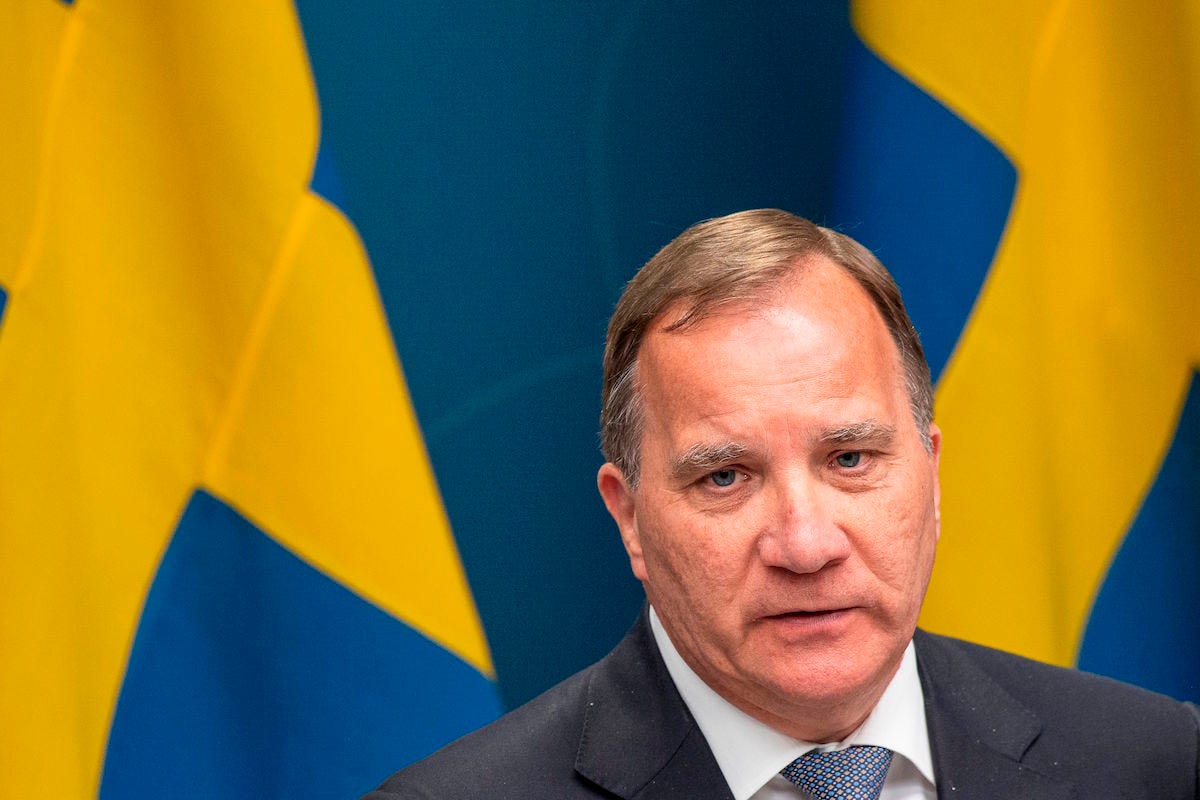 Stefan Lofven told a press conference the limit on public gatherings would be cut to eight people from 50. The ban applies to public events such as concerts, performances, and sports matches.

Restaurants will stay open, but can allow only a maximum of eight diners a table.

Schools, workplaces, and private gatherings don’t fall under the ban. Lofven said “we can’t regulate every social gathering” but urged Swedes to stick to the new limit.

“It is a clear and sharp signal to every person in our country as to what applies in the future. Don’t go to the gym, don’t go to the library, don’t have dinner out, don’t have parties â€” cancel!” Lofven said, warning: “It’s going to get worse.”

The change would take effect November 24 and apply for four weeks, Lofven said.

He added that tougher restrictions were the “new norm for the entire society.”

On Friday, Sweden reported 5,990 cases of COVID-19 â€” its most new cases of any day, per The Guardian. The total number of cases stands at 177,355, while deaths are at 6,164, according to the World Health Organisation.

“Do your duty and take responsibility for stopping the spread of the virus,” Lofven said. “In the spring we saw large compliance. It was enough to have recommendations to get most people to keep their distance and cancel their plans. Now there is less compliance.”

“Now more of a ban is needed to bring down the curve of the number infected,” he added.

The Scandinavian nation has taken a more relaxed approach to the pandemic by refusing to impose a national lockdown and instead adopting voluntary measures, such as social distancing.

Once again, the prime minister echoed in the press conference that the Swedish government “does not believe in a total lockdown.”

Lofven told the conference: “This is a testing time. It is about your and my choices every day, every hour, every moment that will determine how we manage this. So make the right choice for yourself, for society, and for Sweden.”

The latest increase in infections â€” a second wave â€” has prompted Sweden to introduce tighter restrictions after months with no lockdown.

On November 2, the country put five of its 21 regions under harsher restrictions, including its capital city, Stockholm.

Sweden’s government also said last Wednesday that it planned to ban the sale of alcohol in bars, restaurants, and night clubs after 10 p.m.

Sweden’s chief epidemiologist acknowledged on Thursday that the country was experiencing a second surge in coronavirus cases, despite previously predicting the number of autumn infections in the autumn would be “quite low” because of the country’s no-lockdown policy.

The latest figures show Sweden is experiencing higher levels of infections, hospitalizations, and deaths than its neighbours, relative to its population size.