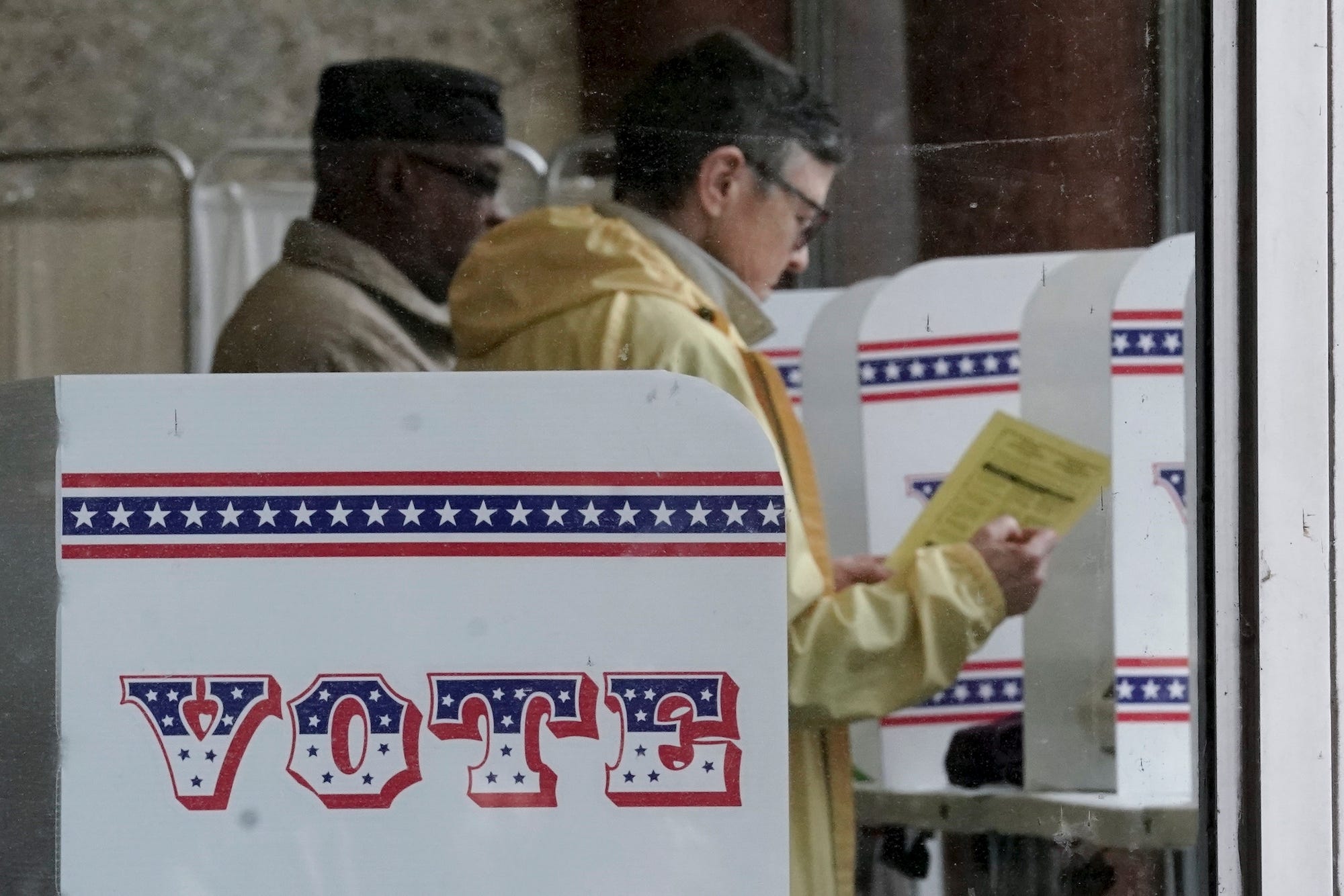 As the coronavirus pandemic continues to bring on unexpected changes to voting, organisations and community groups across the country are stepping up to ensure US citizens can cast their ballot this November.

While the nation is gearing up to vote by mail â€” a process that is expected to bring substantial waves of voters â€” the option to vote at a physical polling site is still considered viable in most states. Polls show that voters strongly support vote by mail, but Americans in favour of President Donald Trump, who has been rallying against mail-in voting, have said they prefer in-person voting.

Many locations that traditionally functioned as polling sites, like schools and nursing homes, are unlikely to serve as such this year due to the potential to spread the virus. In an attempt to facilitate voters who want to cast a ballot in person, various community groups and organisations are offering up their establishments as unconventional voting locations.

In-person voting booths will also be spread out to accommodate social distancing, a practice recommended by health officials from the Centres for Disease Control and Prevention. And to limit the spread of the coronavirus at these in-person locations, election officials across the country have ordered personal protective equipment like masks and hand sanitizers in bulk to distribute to voters and poll monitors.

From sports arenas and gyms to libraries and local pizzerias, here is a list of venues that plan to serve as polling sites this November.

NBA and WNBA teams have converted many of their sporting venues into voting sties. 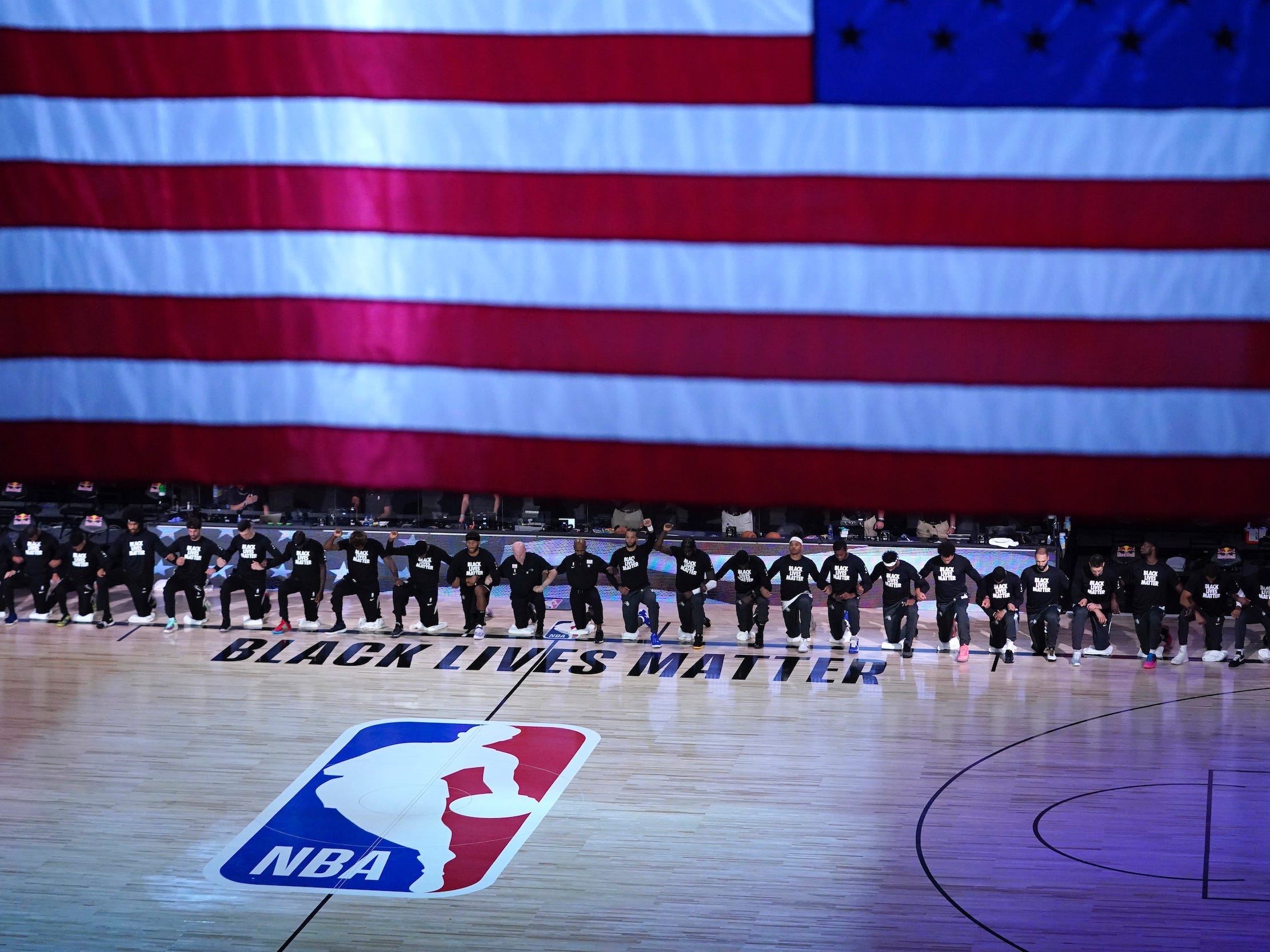 Two days after a strike against police brutality, the NBA and NBPA announced in a statement that teams will work with local officials to convert their arenas into voting sites.

This decision is part of a sweeping effort to provide “a platform to promote social justice, as well as creating an NBA Foundation focused on economic empowerment in the Black community.”

The Atlanta Hawks, New York Knicks, and Houston Rockets are also numbered among sports teams that will convert their venues into polling sites.

The hope is that the ample space within these spacious venues will allow voters to practice social distancing while casting a ballot.

In a statement released last month, the New York Knicks said the arena will follow all CDC and Public Health Guidelines regarding social distancing, provide individual styluses and pens to mark ballots, face coverings, and wipe down all equipment.

Voters in St. Louis, Missouri can show up to their local libraries on Election Day. 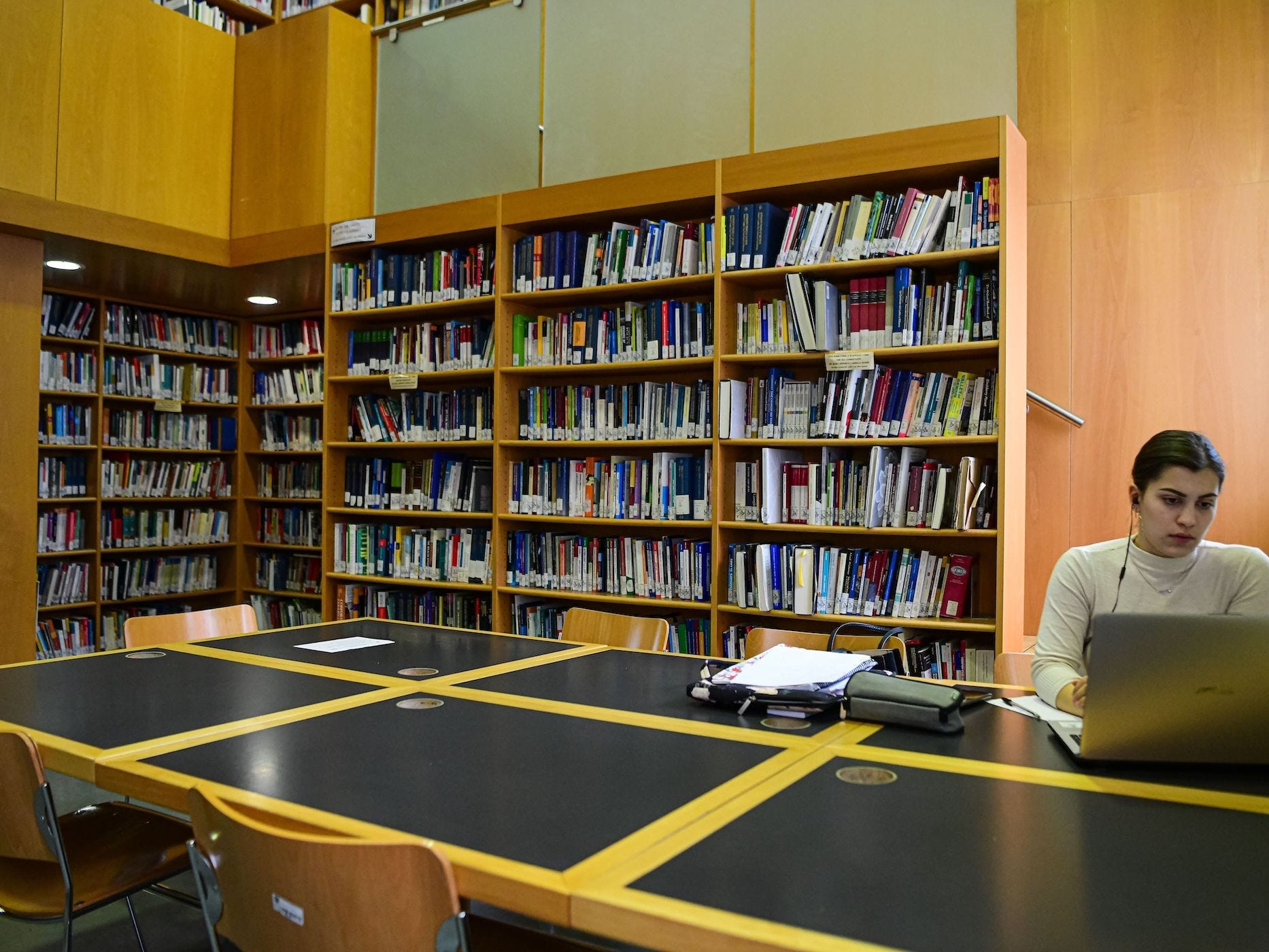 Piero Cruciatti/AFP/Getty ImagesWoman sitting in a library using her laptop.

Local library visitors in St. Louis, Missouri, can cast a vote in person. Three libraries will be used as in-person polling sites on the day of the November election, according to the St. Louis Post-Dispatch.

The St. Louis Cardinals originally offered up their home site, Busch Stadium, as a polling location, but the city’s election board declined, opting for libraries instead.

“The libraries are more voter-friendly,” one board member told the St. Louis Post-Dispatch.

With more than 9,000 nationwide, libraries are available in rural, suburban, and urban communities, which means they can be easily accessible for voters come November, according to Dr. Eric Klinenberg, a professor of sociology at New York University.

Meanwhile, voters in Georgia can visit a recreation centre that doubles as a wedding location to cast their ballot. 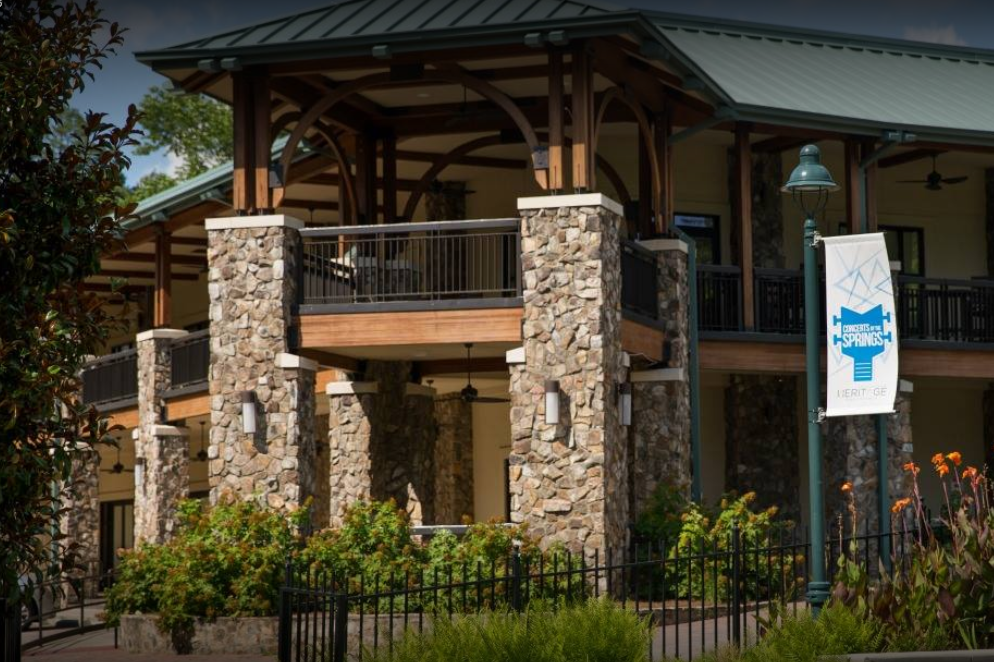 Heritage Sandy Springs in Georgia, a recreation facility that offers visitors a museum, park, and also serves as a dream wedding spot, will host voters this November. Voters will have access to the facility from November 2 to 4, according to a press release.

“Due to the coronavirus, several traditional polling sites may not be available to use for this election,” the release says. This site “is expected to be used to improve the voter experience” in Fulton County, Georgia.

A comedy club is serious about voting. 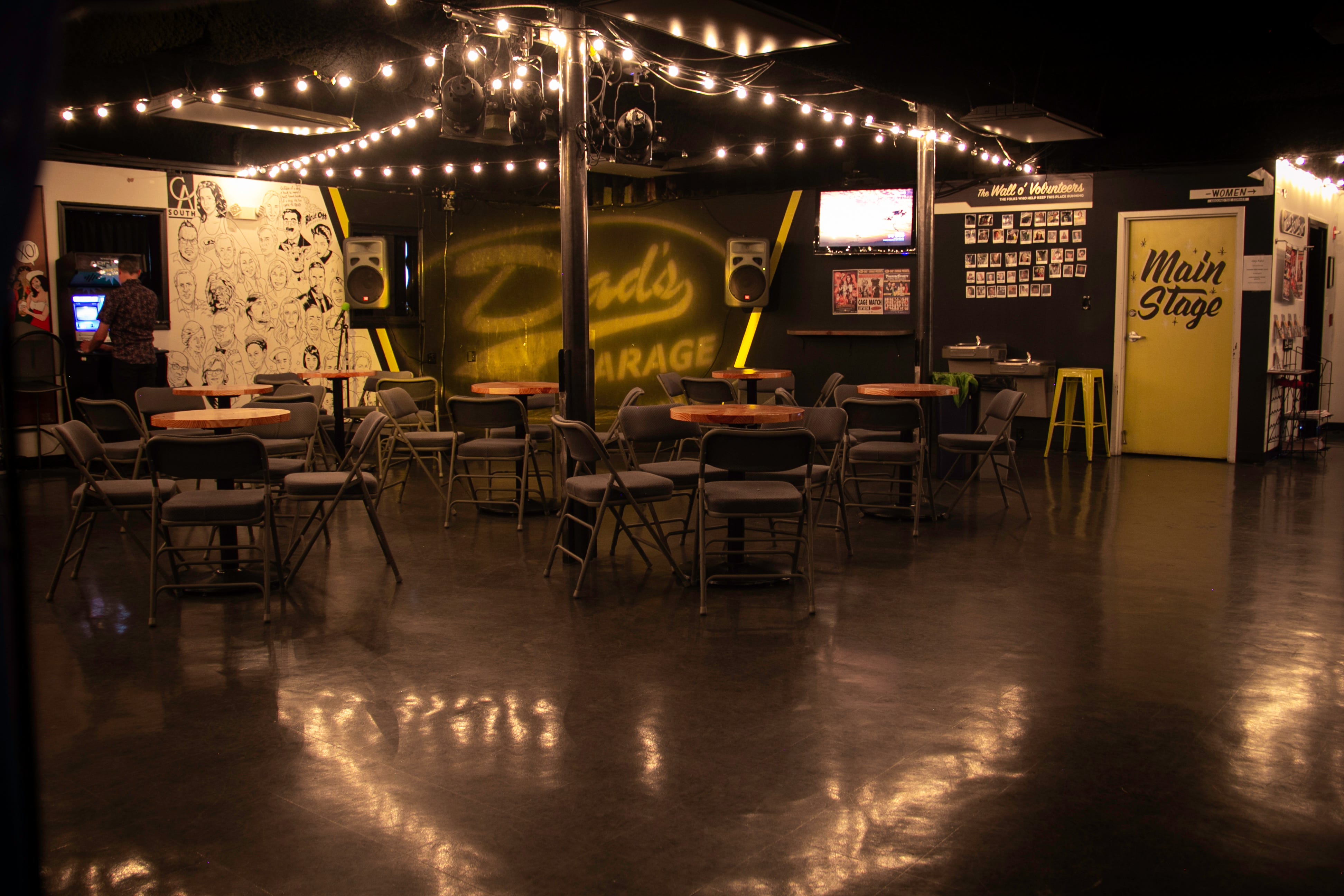 Dad’s Garage Theatre, an Atlanta-based comedy club that usually attracts 30,000 visitors a year, will welcome voters this November. Before the pandemic, Dad’s hosted 300 shows a year. The comedy club shut down on March 13, and performers have since been delivering virtual shows, according to a representative.

Lara Smith, managing director of Dad’s Garage Theatre, got the idea to convert the place into a polling site for November. “In these challenging times, laughter is more important than ever, but so is voting,” Smith said in a statement in Business Insider. “So that’s why we wanted to open up our facility as a new polling site.”

Voters will be able to cast a ballot in the lobby of Dad’s, which will be cleared out for Election Day.

A New Jersey charity building is opening its doors to voters this November. 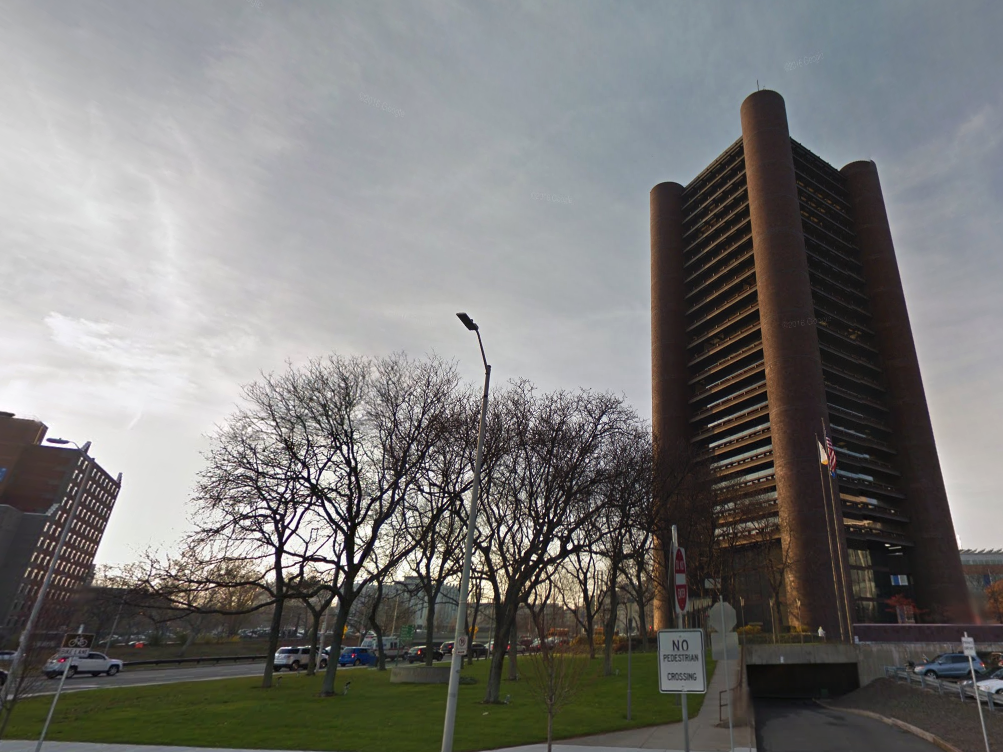 The hub for Knights of Columbus, a charity organisation in Spotswood, New Jersey, will be transformed into a polling site this November, according to local news outlet TAPinto.

The building, normally used as a centre for convening members, will be open to voters from 6 a.m. to 8 p.m. on Election Day.

The Knights of Columbus building will play a particularly essential role this year, as “the schools started prohibiting us from using them” as polling sites, said Spotswood Mayor Ed Seely in an interview with Business Insider.

All voters who choose to vote at the site must wear a mask and social distance as much as possible inside the facility, according to Spotswood Municipal Clerk Patricia DeStefano.

“It’s a big building,” DeStefano told Business Insider. “I can’t open all of my polls, so I’m using the Knights of Columbus for four districts.” Knights of Columbus staffers and volunteers will facilitate social distancing by indicating six feet of distance on the floor inside using tape and sanitizing the building before and after the election, DeStafano added.

Like the NBA, NFL teams are looking to turn stadiums into polling places …

Similar to the NBA and NBPA, the NFL and its players association are working to promote social justice issues. One of their initiatives includes working with local authorities to turn stadiums into polling places.

According to the Kansas City Star, the Kansas City Chiefs will turn their stadiums into polling sites. The Seattle Seahawks opened CenturyLink Field for the August primary election.

In order for these stadiums and facilities to be approved as polling sites, local authorities have to deem these locations appropriate.

Philadelphia Eagles owner Jeffrey Lurie, for example, offered up the Lincoln Field as a polling venue, but the deputy commissioner told the Philadelphia Inquirer that the city will likely not use this venue because officials have “already identified more convenient locations for the voters of those divisions.” 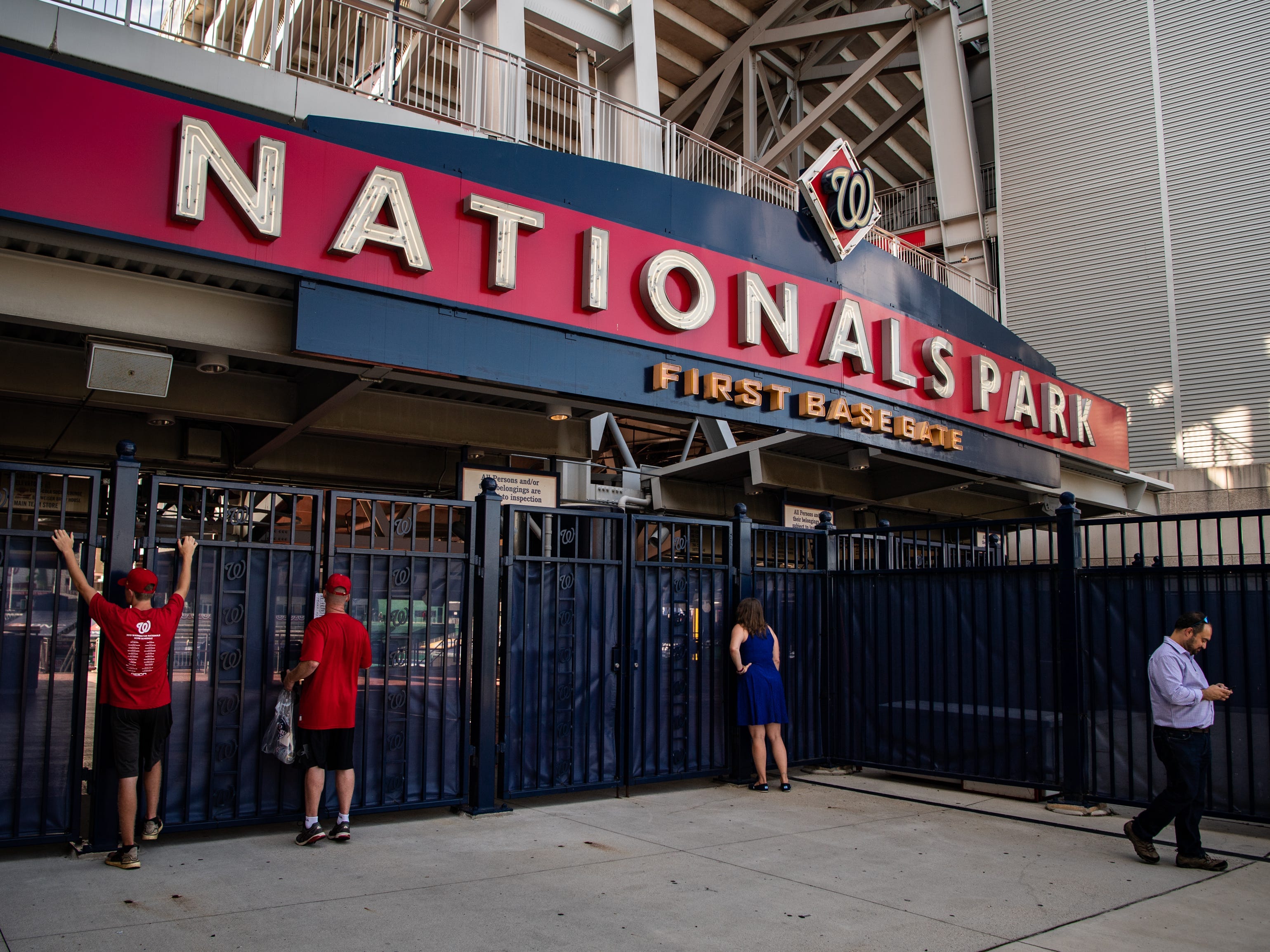 Salwan Georges/The Washington Post via Getty ImagesThe Nationals Ballpark will be a polling site in the fall election.

Local pizzerias are stepping up to make polls accessible for in-person voters.

A pizzeria near the University of Wisconsin-Madison will be a polling site for the upcoming election, according to CNN.

The owner of Ian’s Pizza told CNN that he was initially hesitant about converting the pizzeria into a polling site, but “knew it wouldn’t be incredibly intrusive” to host a small polling station “because we don’t have a whole lot of volume coming through the doors right now.”

Restaurants are no strangers to incentivising Americans to turn out and vote. In the past, various chains offered free coffee, meal discounts, and personal pizzas for people who had on an “I Voted” sticker.

And while some restaurants have offered up their spaces as polling sites in the past, the pandemic could impact whether more will do the same in the upcoming election. 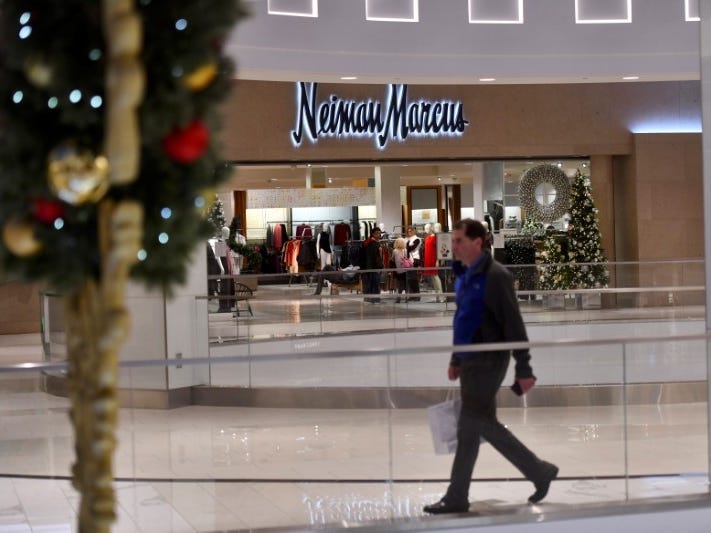 ReutersShoppers walk in front of a Neiman Marcus store as holiday shopping accelerates at the King of Prussia Mall.

Several US counties plan to use shopping centres as polling sites.

In Indiana, for example, a shopping centre’s basement will be open for 28 days for early voting. In California, the cities of Santa Ana and Tustin will host polling sites at shopping centres as well.

Your local gym might be available as a polling site as well. 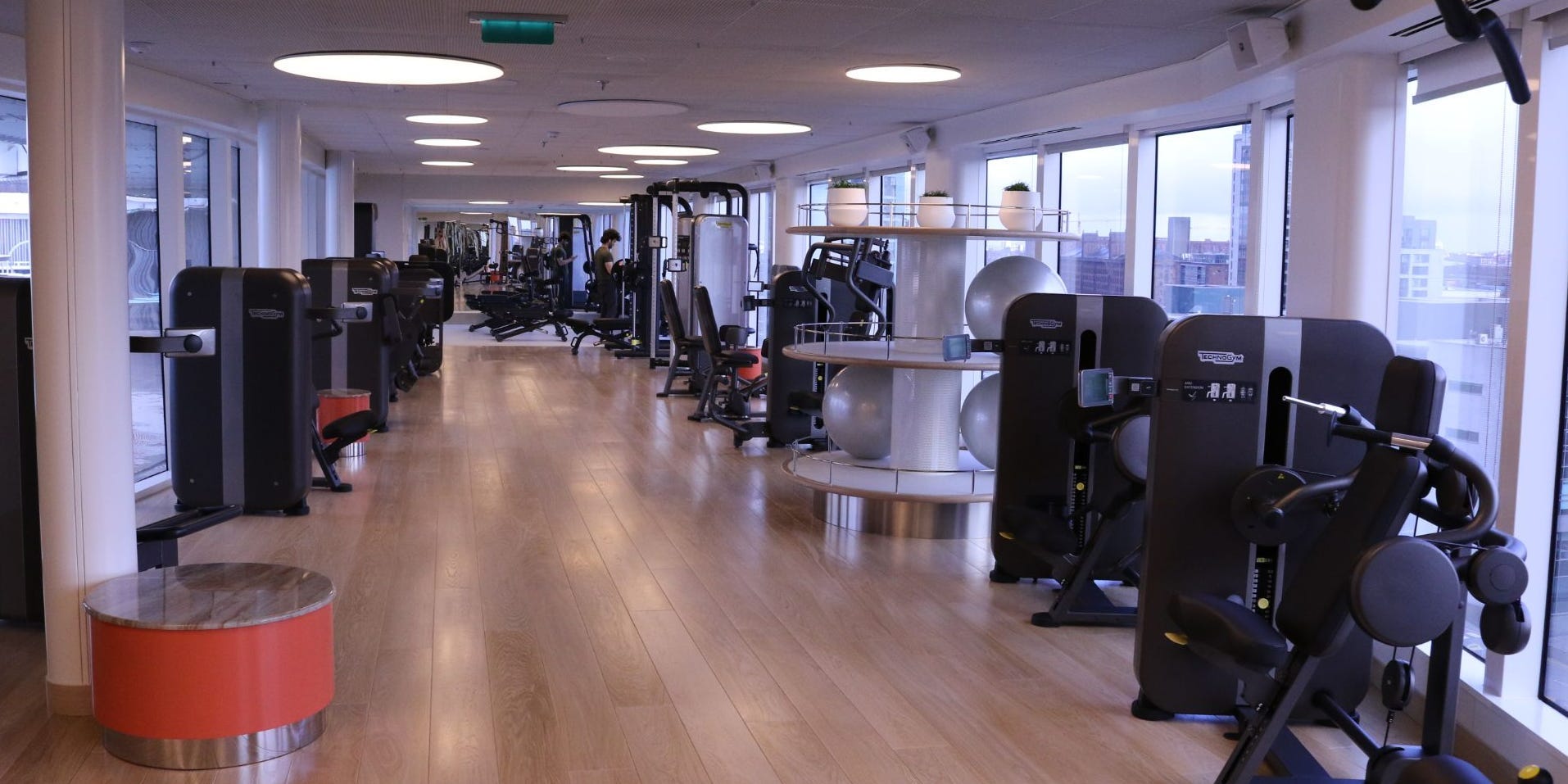 Rachel Hosie/InsiderPhoto of a gym.

In Florida, Pasco County is turning several gym and recreation complexes into early voting sites for registered voters. These polling sites will be available for early voting from October 19 to 31 between the hours of 7 AM and 7 PM.

“The addition of county sports complexes and gymnasiums will give Pasco voters more options for casting their ballot in-person, and in terms of size will accommodate more voters while still social distancing,” the Pasco County Supervisor of Elections said in a news release. In May, Florida lifted its state lockdown, and shopping centres, including The Disney Springs shopping centre in Orlando, which reopened with temperature checks and a mask mandate.