CBS Photo Archive / Contributor / GettyThe show has been on the air for 20 years.

Outwit, outlast, outplay. Or, in this case, out-knowledge you on “Survivor” facts you didn’t know.

After just wrapping up its 40th season, this 20-year-old CBS competition show has no plans for slowing down anytime soon.

Here are some behind-the-scenes “Survivor” secrets and fun facts.

Teams get a chance to discuss challenges before they compete in them. 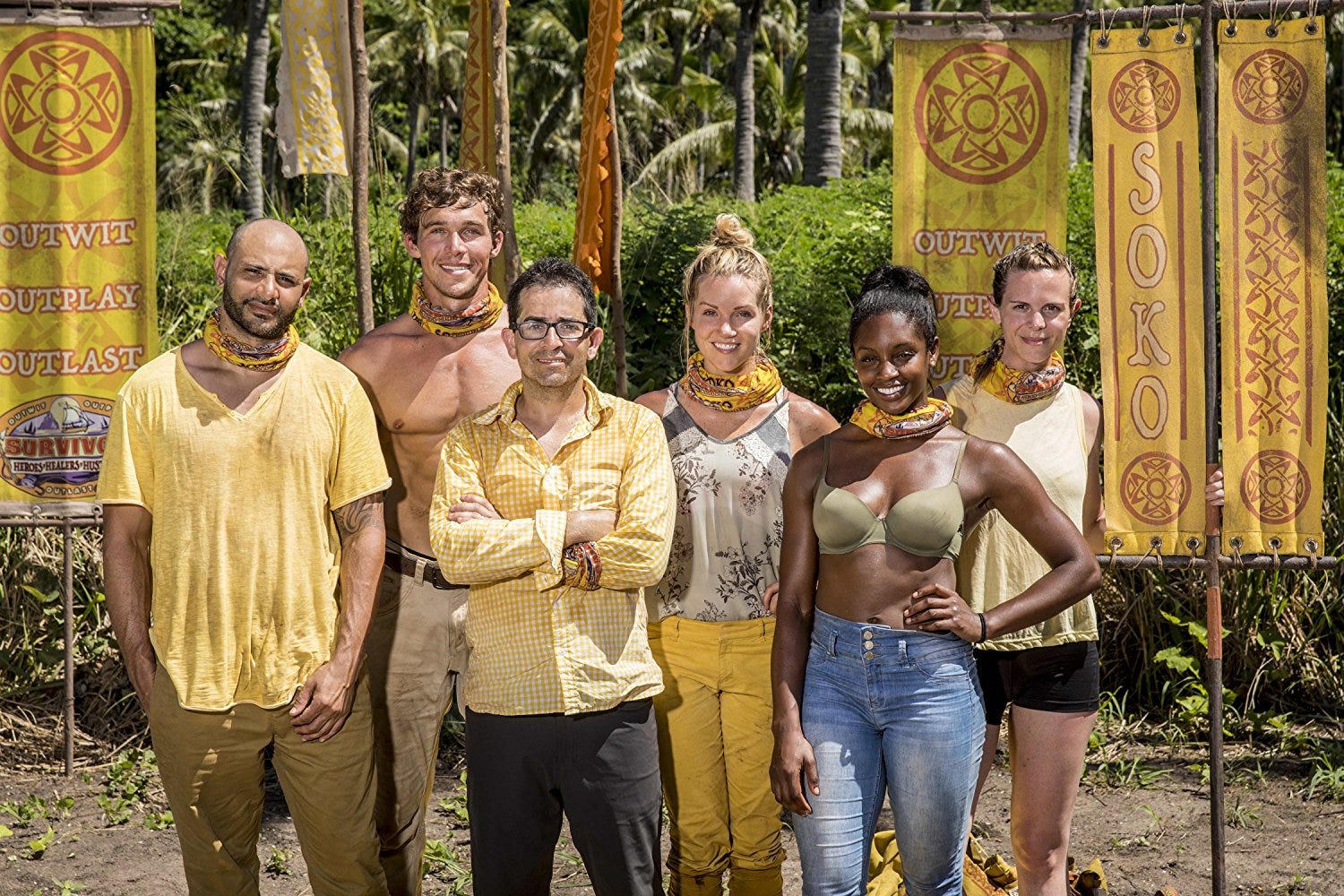 CBS/IMDb‘Survivor’ contestants are walked through the challenges.

Although “Survivor” is technically reality TV, there’s a lot you don’t see when the cameras stop rolling.

For instance, after host and producer Jeff Probst tells the tribes about the daily challenge, he and challenge creator John Kirhoffer walk through the challenge with each tribe, giving them the opportunity to strategize before it actually begins, according to Today.

“Survivor” premiered in the US in 2000, but it took a long time for that debut. 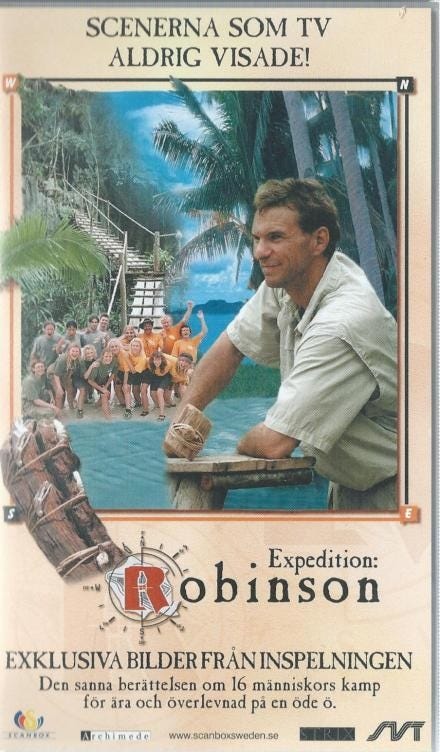 The idea for “Survivor” was first created by producer Charlie Parsons in 1992 for a UK production company, but the first-ever “Survivor” series to debut on TV was in Sweden.

The show, which first aired in 1997, was called “Expedition Robinson.”

Many couples have met on the show. 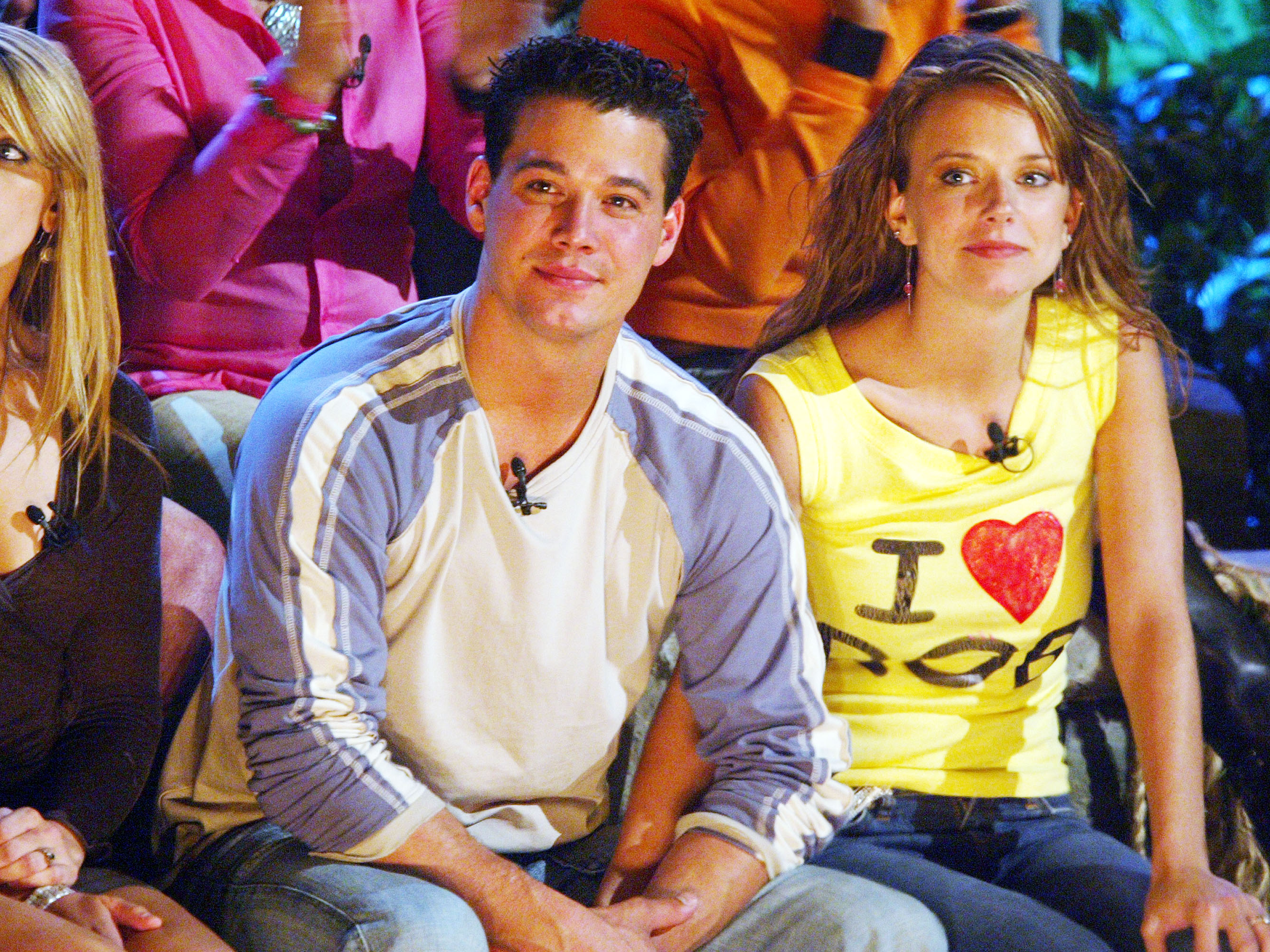 Scott Gries/GettyRob and Amber got engaged during the All-Stars finale.

Although “Survivor” is all about survival, that doesn’t mean the show is immune from love arcs.

In its multi-season history, “Survivor” has seen its fair share of couples, including Rob “Boston Rob” Mariano and Amber Brkich, who fell in love on “Survivor: All-Stars.”

The two ended up going head-to-head for the $US1 million prize, with Amber winning it all.

The two later married and have since had four children. They are also the only “Survivor” couple to have each won individual titles as “Sole Survivor.”

There’s an entire Dream Team that tests out the show’s challenges. The Dream Team is a group of 20-somethings who test out the challenges before contestants compete in them.

In a behind-the-scenes CBS video, Probst said this group of 16 to 20 people also helps build and paint the challenges. 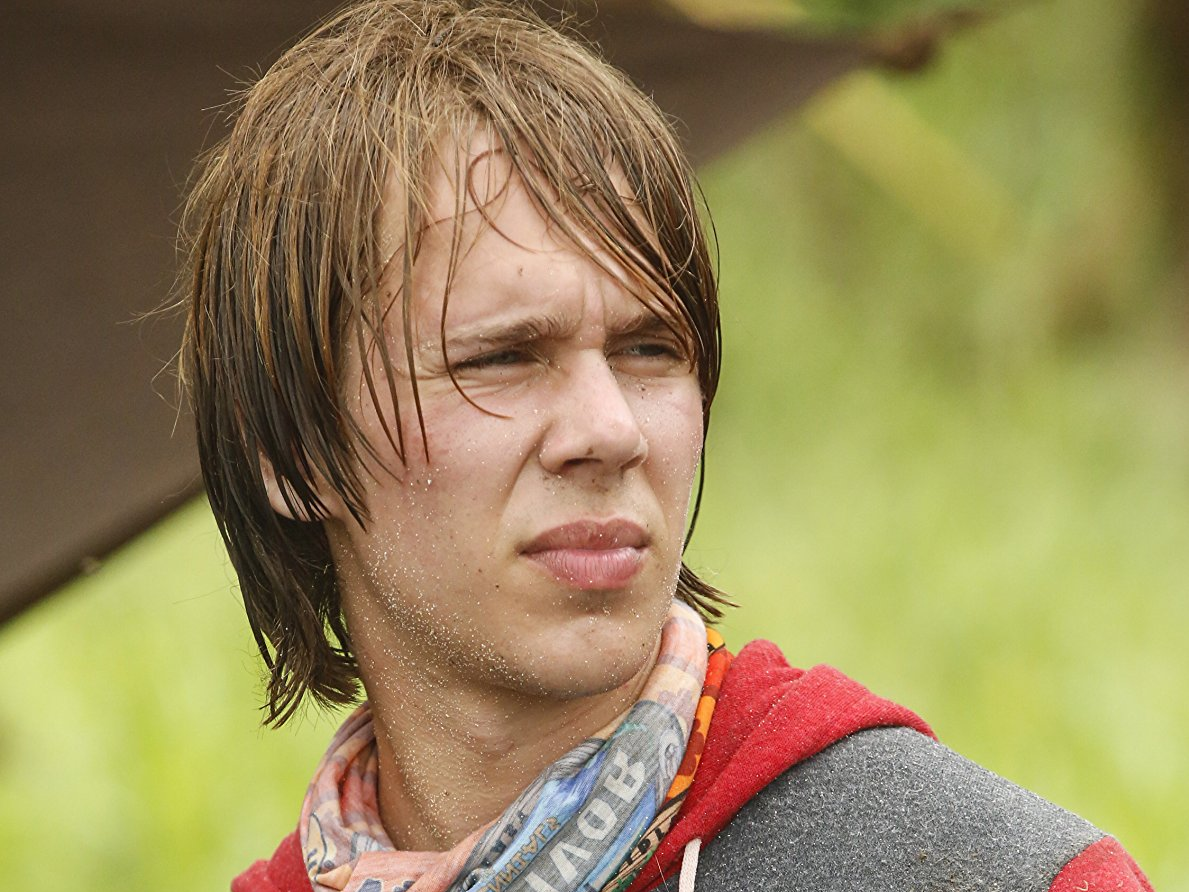 CBS/IMDbThe youngest contestant on the show so far.

The youngest contestant on “Survivor” was Will Wahl, who was 18 years old when he appeared on Season 33: “Millennials vs. Gen X.”

Meanwhile, the oldest contestant to ever appear on the show was former Navy SEAL Rudy Boesch, who starred on the first and eighth seasons of the show at ages 72 and 75, respectively.

Winners have spanned quite an age range, too. 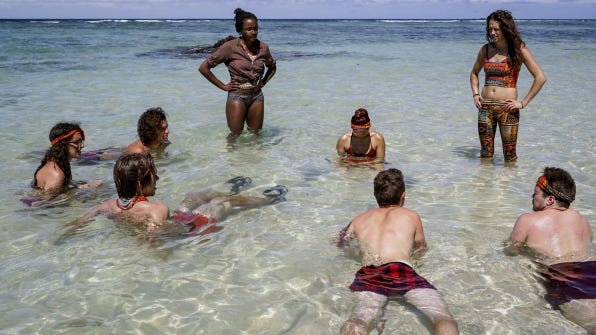 CBS/GettyThere have been winners of all ages.

Speaking of age, the youngest person to ever win survivor was Jud “Fabio” Birza who won “Survivor: Nicaragua” at 21 years old.

On the flip side, the oldest person to win “Survivor” was Bob Crowley, who was 57 years old when he brought home the cash prize.

Sometimes scenes are re-enacted for the camera. 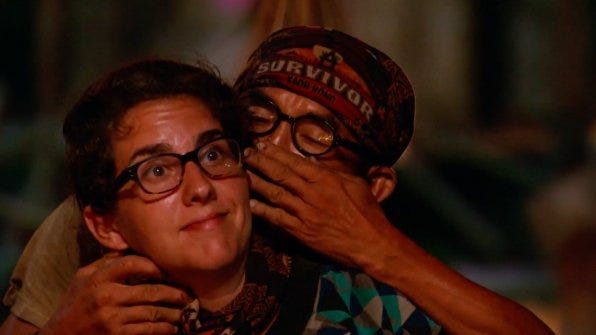 CBS/IMDbFans aren’t crazy about this.

Executive producer Mark Burnett has admitted to reenacting certain scenes on “Survivor” to get a better shot, per ABC. The show has even been known to use body doubles for this same reason.

Seeing “Survivor” is a “reality” show, many people have found these reenactments a bit … unreal.

Over a dozen people have quit the show so far. 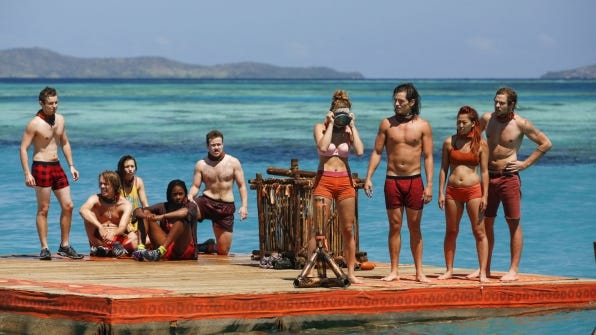 CBS/IMDbQuitters don’t win — and might not even make it on the jury.

In its almost 20 years on air, “Survivor” has had 13 people quit the show. The most recent was two-time winner Sandra Diaz-Twine who quit during season 40, Winners at War.

Although each reasoning is different, host Jeff Probst has a very well-known distaste for people who quit the show, per a 2015 interview with Entertainment Weekly.

Only two competitors have won the game twice. 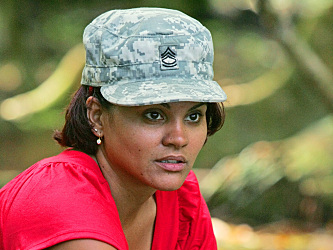 Everyone who competes gets a paycheck, but the amount varies depending on how long you’re in the game. 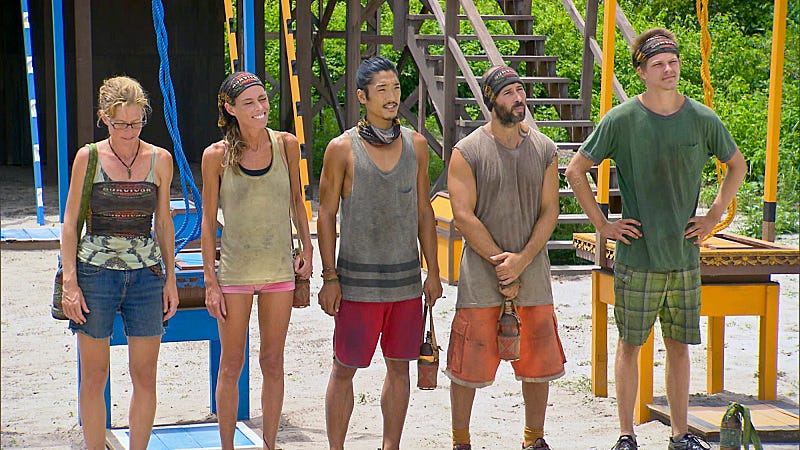 Everyone gets a certain amount of compensation, with the people who last the longest getting the most money.

One “Survivor” contestant has achieved some pretty impressive records. 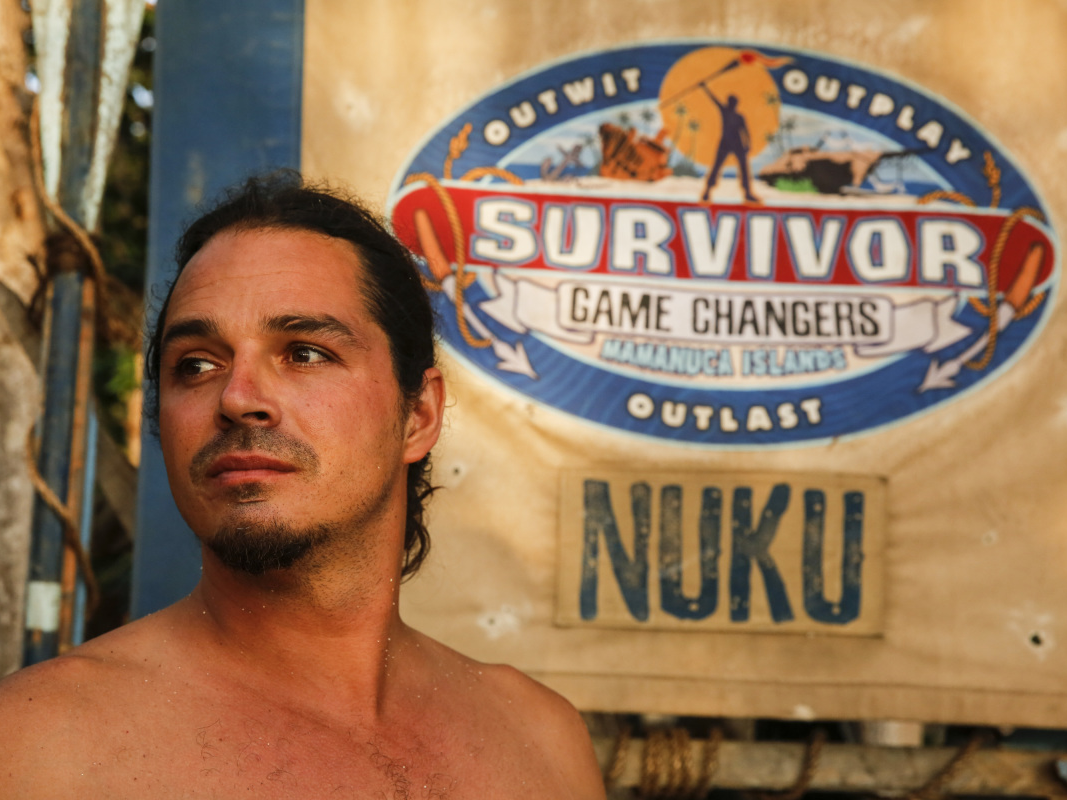 CBS/IMDbOzzy Lusth has been on the show for a lot of days.

“Survivor” legend Ozzy Lusth, has a few records to his name.

He is one of few people to have played “Survivor” four times and he is the only competitor to have been voted off three times in a single game.

Until recently, he’d spent the most time as a contestant on the show with 128 days total,

Some of the contestants on the show are models and actors. 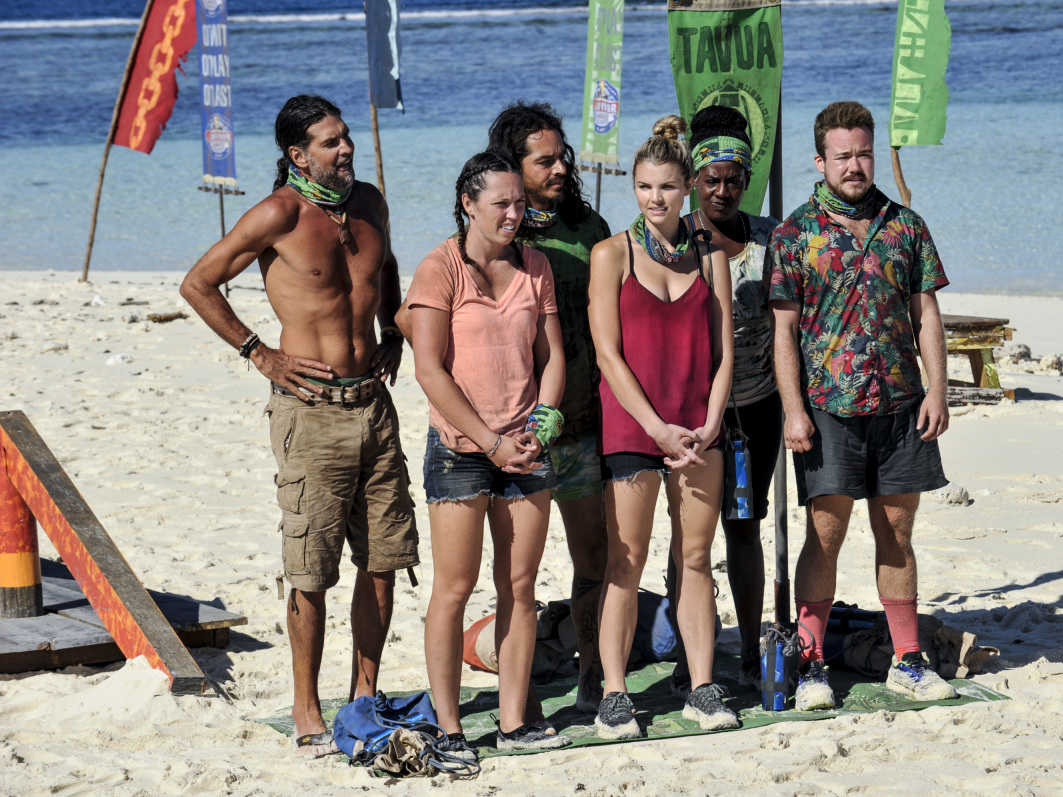 CBS/IMDbSometimes it’s because the casting pool for that season was weak.

Casting director Lynne Spillman told Today in 2008 that the show frequently casts models and actors as contestants on “Survivor.”

Although they still go through the rigorous casting process, these recruits are sometimes chosen due to a lack of qualified applicants in a given year.

Only a few players have had “perfect games.” 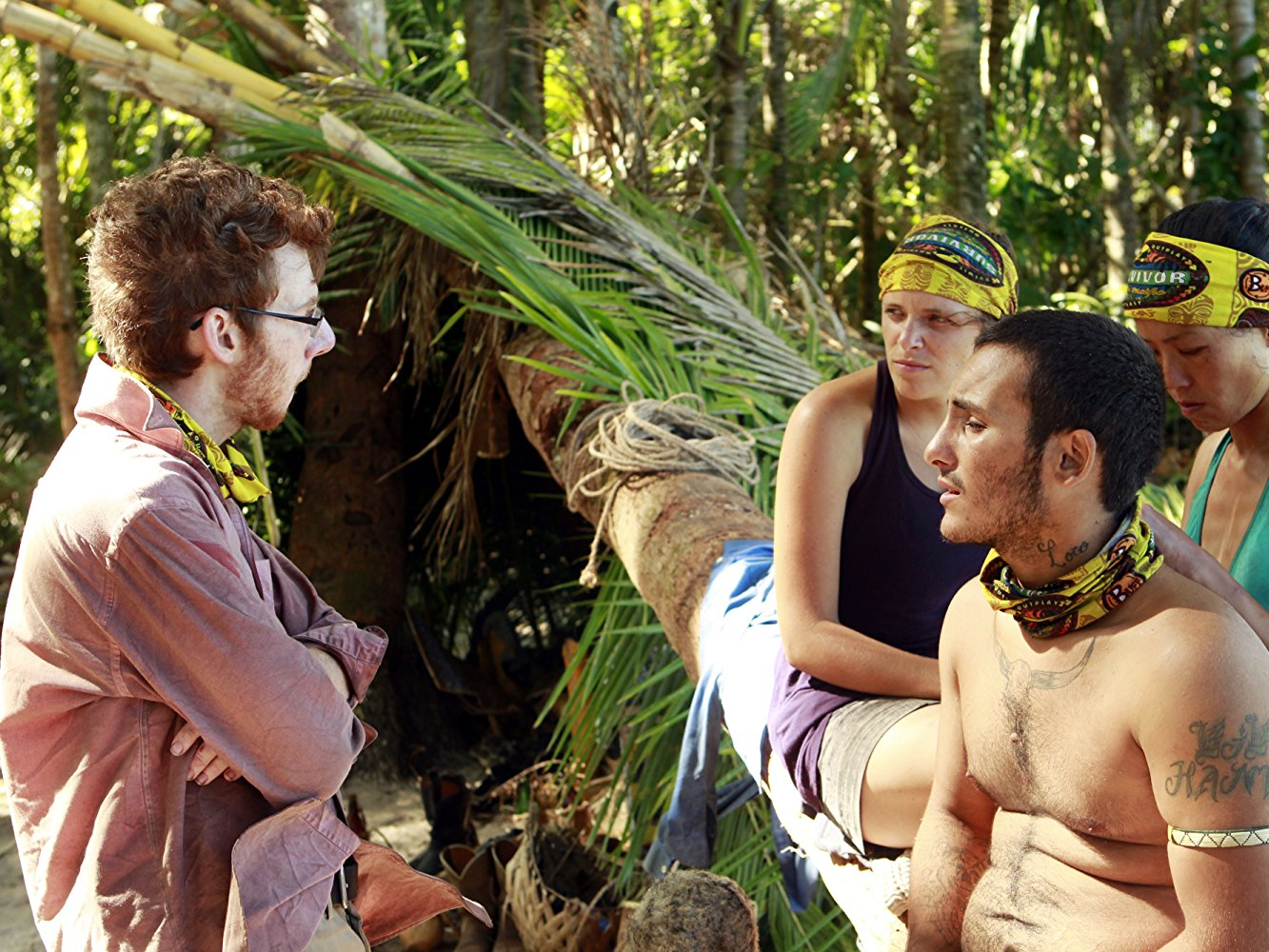 CBS/IMDbCochran’s unanimously won and was never voted against throughout his entire season.

Only one person in “Survivor” history has attended and survived every tribal council on their season and that honour goes to season 25’s winner Denise Stapley.

And, speaking of impressive wins, both season 18’s JT Thomas and season 26’s John Cochran have played “perfect games,” meaning they won the final tribal councils with a unanimous vote and didn’t have anyone vote against them throughout the entire game.

You’re never too famous for “Survivor.” 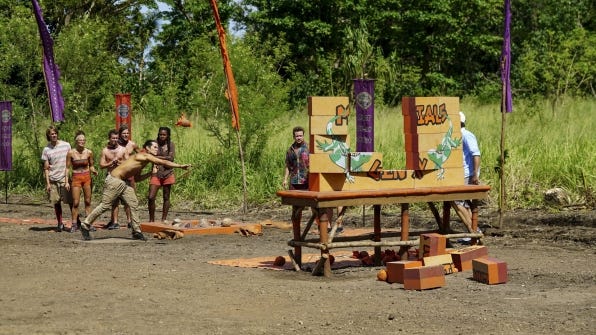 CBS/IMDbCelebrities can compete and invest in the game, too.

Celebrities are heavily invested in the “Survivor” franchise.

“Survivor” was almost hosted by a different familiar face. Kevin Winter/GettyWhat could have been, we will never know.

In a 2013 interview with Archive of American Television, Probst said he faced off against “The Amazing Race” host Phil Keoghan for the title of “Survivor” host.

All of the ‘Survivor’ couples that are still together

All of the ‘Big Brother’ couples that are still together