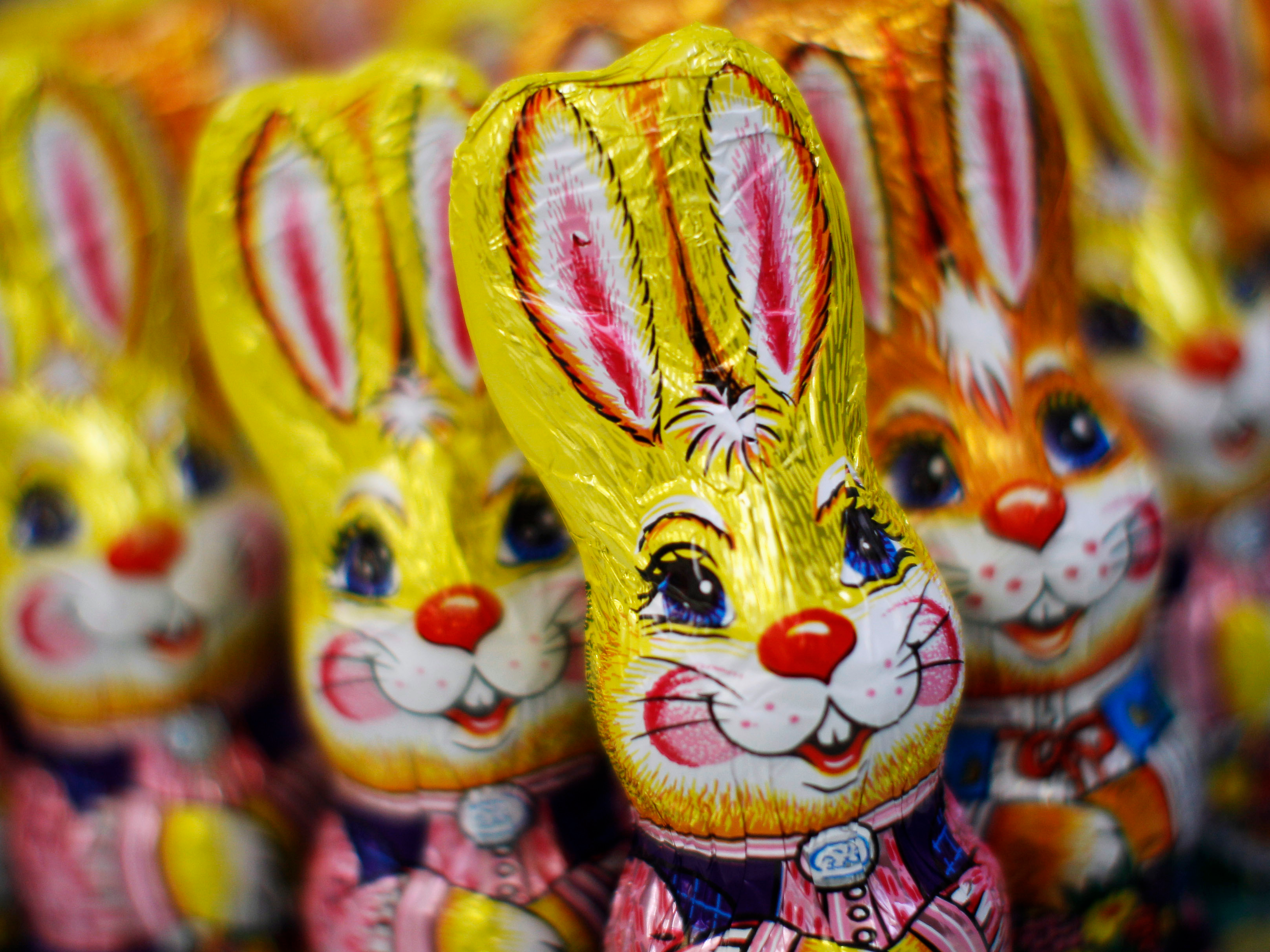 Easter Sunday is quickly approaching – which means it’s time to munch on chocolate bunnies and Peeps.

WalletHub created an infographic filled with facts and stats about how Easter is celebrated. Between the food, clothing, gifts, and chocolate, billions of dollars go into preparing.

Keep scrolling to learn more about Easter, bunnies, and all things pastel.

In total, an estimated $US18.1 billion is usually spent on Easter-related things. It’s one of the most important days in Christianity.

$US3.3 billion is normally spent on clothes, though this year we might all be rocking sweats. Kathy Willens/AP ImagesPeople show off their floral-themed Easter clothes as they pose for photographers and members of the public during the annual Easter parade in New York.

People traditionally wear pastel or floral clothing for Easter, since it’s a signifier that spring is truly here.

$US5.7 billion is usually spent on food. The traditional foods of Easter include eggs (of course), ham, sweet bread, lamb, and chocolate.

$US2.5 billion alone goes towards chocolate. A holiday that celebrates chowing down on chocolate and candy is sure to be a crowd-pleaser.

And $US2.9 billion is spent on gifts. Children traditionally receive Easter baskets from their parents or other adult relatives. According to WalletHub, 66% of parents make their children Easter baskets, and 92% of those include chocolate or candy.

To put that into perspective, the average person who celebrates Easter spends $US151 on the holiday. Between chocolate, food, Easter baskets, and clothing, the expenses can rack up.

Back to the fun stuff: chocolate. As many as 91 million chocolate bunnies are sold in the US for Easter annually. There are plenty of different bunnies to choose from, like this “Benedict Cumberbunny” or this DIY chocolate bunny from IKEA.

And 16 billion jellybeans are eaten — enough to circle the world three times. It’s no shock that 90% of parents in 2019 planned to have a discussion with their children about enjoying candy in moderation, according to WalletHub.

Kids aren’t the only ones who get to enjoy it — 81% of parents steal candy from their children’s loot. Maybe Jimmy Kimmel should use that for his next candy-related prank.

As many as 59% of Americans eat the ears of their chocolate bunny first. And 52% prefer their chocolate eggs to be filled with caramel, peanut butter, or chocolate ganache, as opposed to them being hollow or solid chocolate through and through. We celebrate with Easter eggs because, much like the holiday itself, eggs are associated with new life and rebirth.

The weight of the largest chocolate egg in history was only 665 pounds lighter than the average male African elephant. 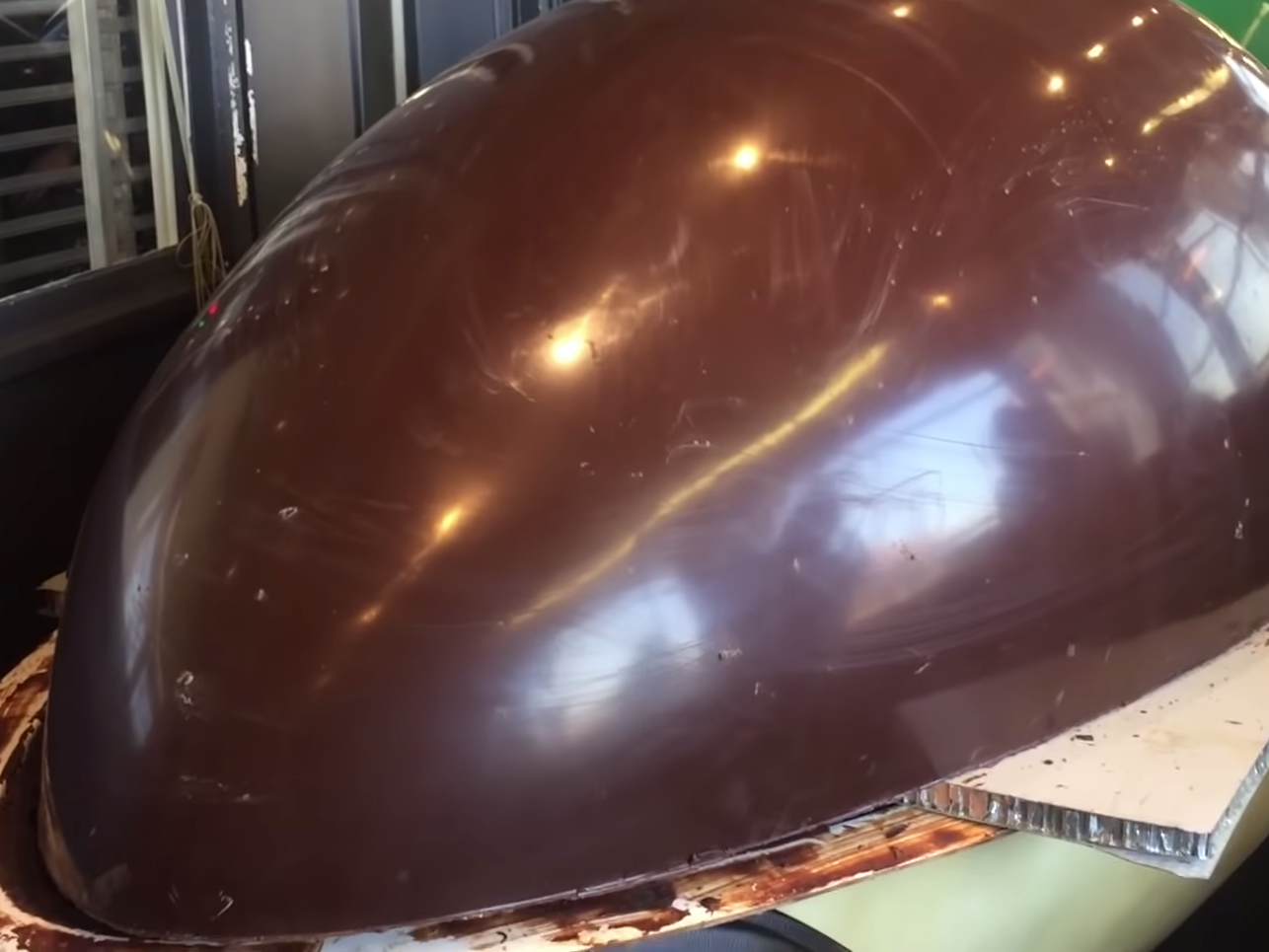 To clarify, this egg “only” weighed 440 pounds. The largest rabbit made of chocolate was created in Brazil by the Equipe da Casa do Chocolate. It took nine professionals eight days straight to construct it. 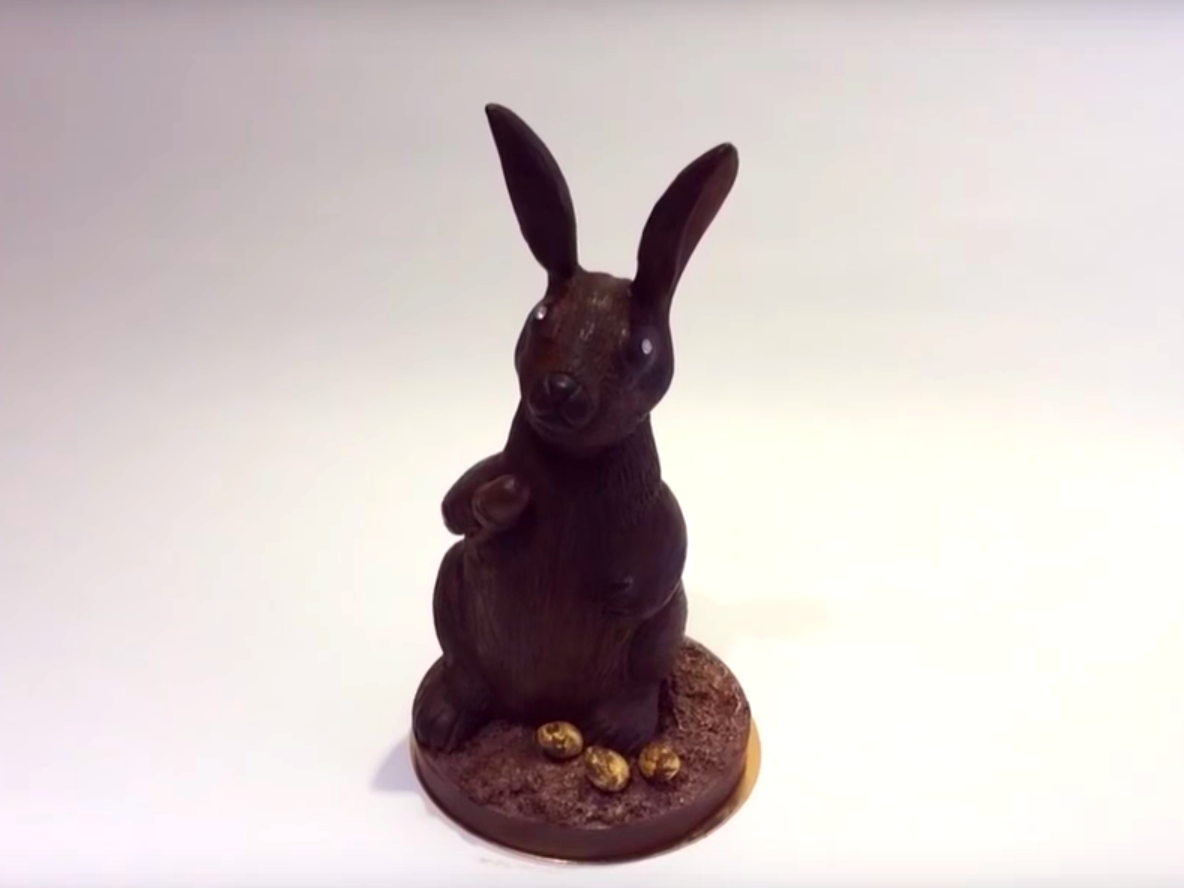 Why so expensive? Because of its two1.07-carat solitaire diamonds for eyes.

Over 1.5 billion Peeps in 24 flavours are consumed every Easter. Peeps, chick-shaped marshmallows, have been an Easter favourite for seven decades.

A staggering 180 million eggs are purchased for Easter every year. As many as 52.4% of Americans think the Easter bunny came before the egg. 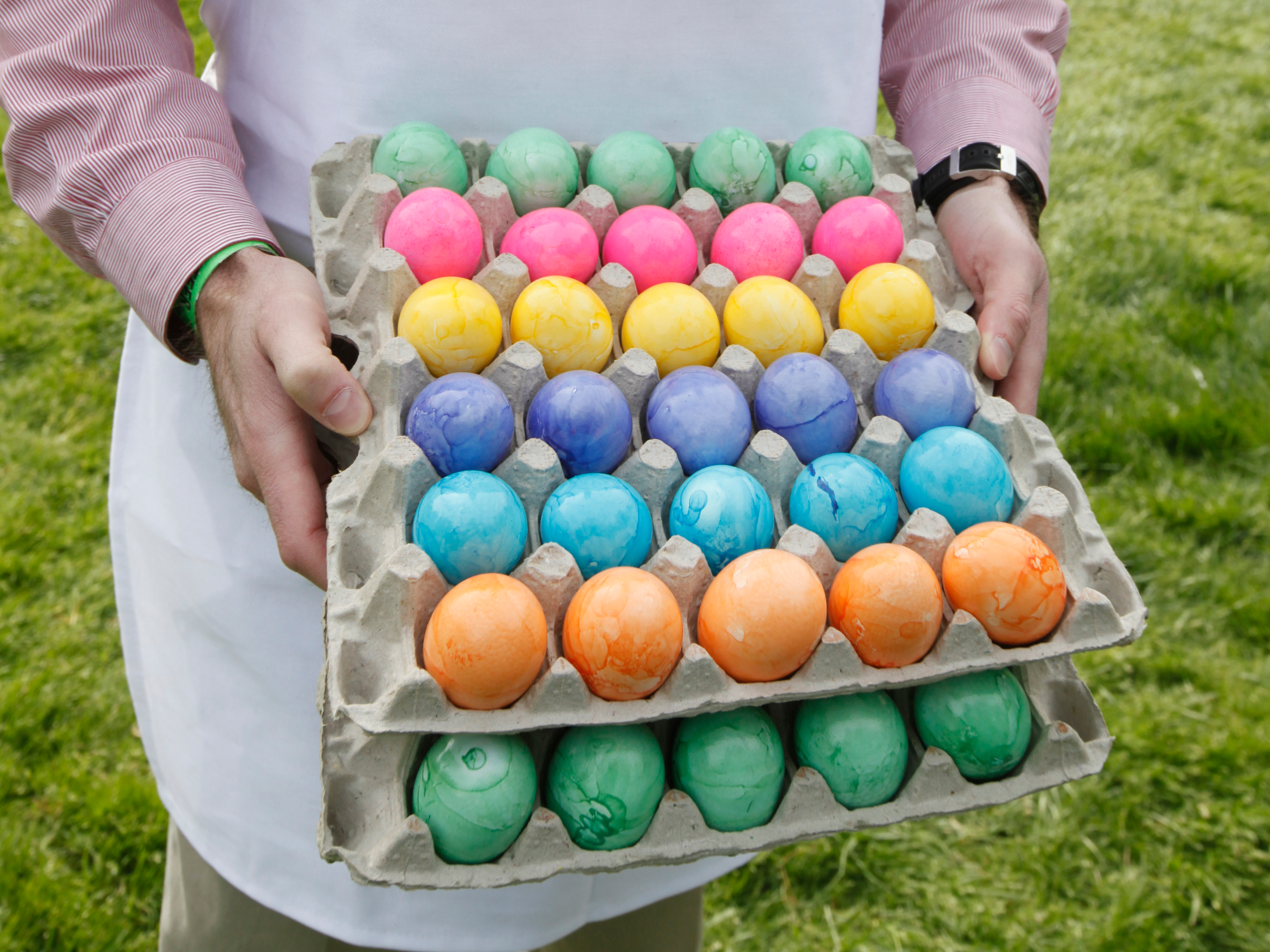 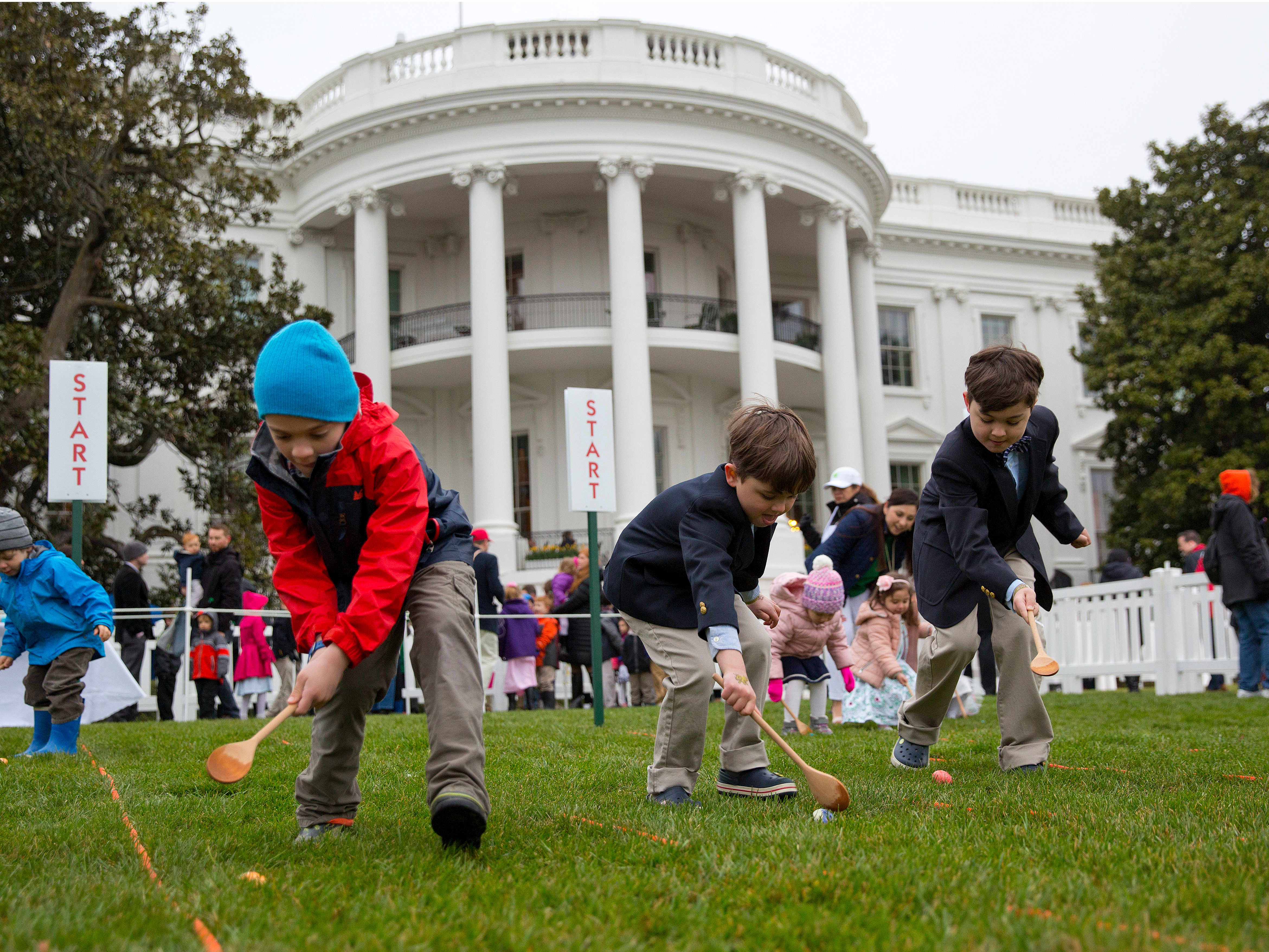 The first White House Easter Egg Roll was held in 1878 under President Rutherford B. Hayes. It’s been cancelled before, like in 1918 due to food shortages.

There were over 500,000 eggs hidden in the world’s largest Easter egg hunt in Winter Haven, Florida. 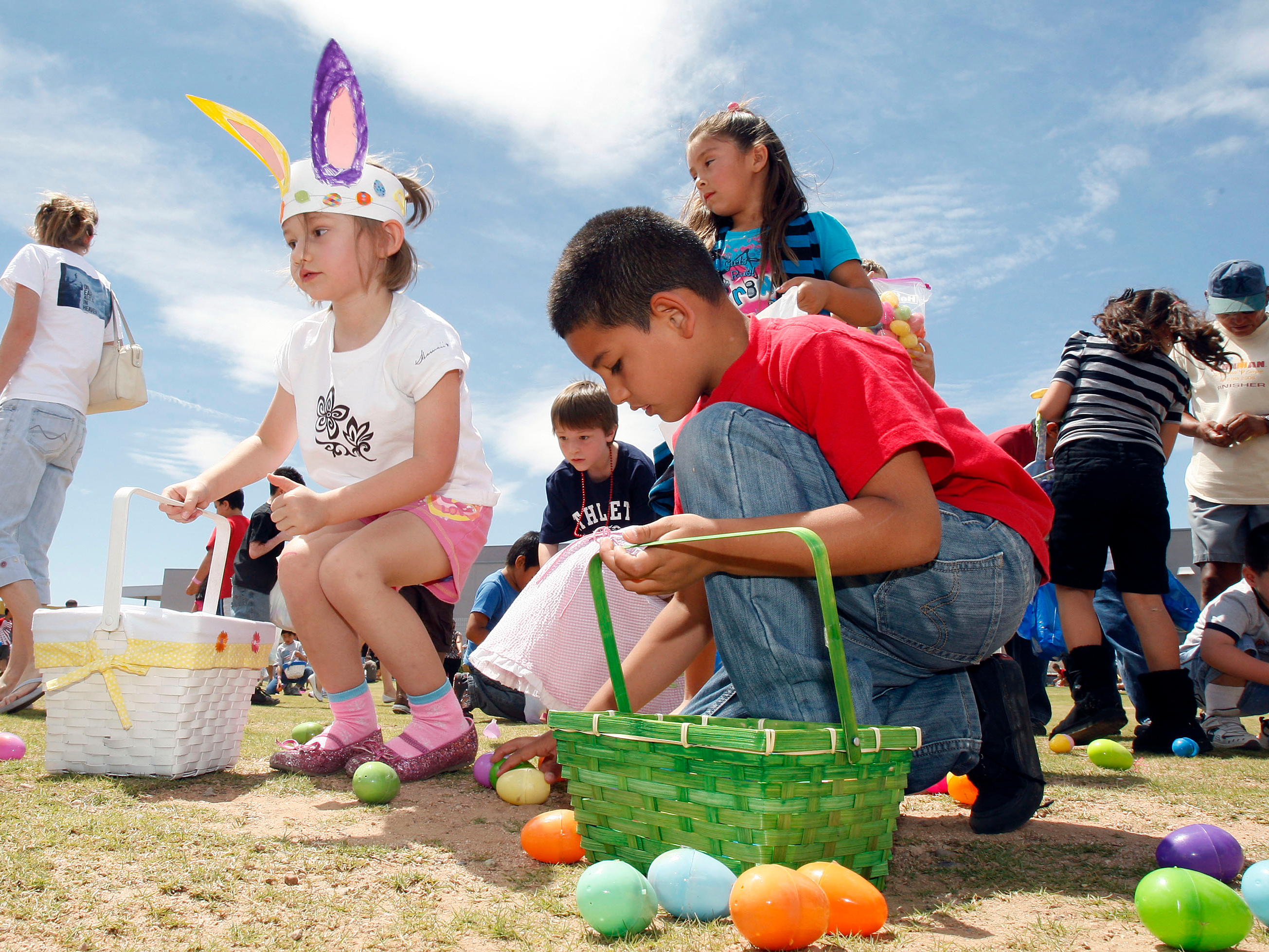 Easter is the most popular church day of the year, but this year people will turn to virtual services. Christmas Eve and Mother’s Day are the other big two, according to WalletHub.