Microsoft has begun selling the first crop of its Surface Pro 3 combo laptop/tablet.

Microsoft showed off the device in May its next incarnation of a PC that it hopes will kill off the iPad and the MacBook in one fell swoop.

It bills it as tablet that is also a “laptop replacement.”
Our own Steve Kovach reviewed the device and found that claim questionable at best. While he found the hardware to be “downright impressive” he noted that “Windows 8 is still clunky and difficult to use” despite improvements to make it friendlier for both mouse and touch.

The rest of the family will be available for back-to-school in August, Microsoft says.

The low-end version will sport a slower Intel i3 processor and a 64G hard drive. The most expensive unit will have a faster i7 processor, better for playing games, and the biggest hard drive.

Beware that these prices do not include Microsoft’s Type Cover keyboard, the part that really turns it into a laptop. Tack on an extra $US130 for that.

The Surface Pro 3 does include the cool Surface pen, which lets you draw on the device.

While Microsoft is advertising these devices towards consumers, it is likely that enterprises might be the real market. That’s who the “Pro” version of Windows 8 is really aimed at.

Meanwhile, if you are in the mood for a bargain, Microsoft still has Surface 2 tablets available and has slashed prices. You can pick one up for $US450-$680 at Microsoft’s online store. 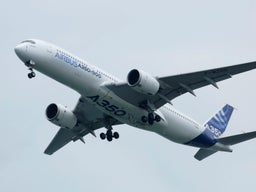