A superhero on a new PBS Kids show has autism spectrum disorder (ASD), which the creators hope will help foster acceptance at a moment when there’s little representation of characters with disabilities on children’s programs.

“Hero Elementary,” which premiered this month, centres on four characters who attend a school for budding superheroes. Each one uses a combination of special powers and science to tackle the problems they face.

AJ Gadgets, one of the four, has autism spectrum disorder, a condition that impacts the way a person perceives the world and socializes with others.

While AJ Gadgets’ condition helps him to solve certain problems, the show mostly just hints at the fact that AJ has autism. For example, he has some sensory issues, and doesn’t like wet clothing or loud noises. AJ Gadgets also has mild social issues, as he struggles to understand metaphors that he takes literally. He loves gadgets, which he’s able to build, and his superpower is thought projection.

AJ Gadgets has certain preoccupations, which is common among people who have autism. He loves his backpack and doesn’t go anywhere without it. When he loses it one day, AJ Gadgets’ friends are empathetic and help him find it.

“We feel like there is so much strength in the idea of portraying a kid on the spectrum as just one of the kids and not making a huge deal about his autism,” Christine Ferraro, one of the co-creators of the show, told the Associated Press.

Autism diagnoses are on the rise in the US

ASD diagnoses are on the rise in the US.

In the US, one in 54 children was identified with ASD in 2016, up from one in 110 children a decade earlier, according to the US Centres for Disease Control. Because children are impacted different by ASD – some may never talk, while others can carry on sophisticated conversations, for example – not every child with ASD will be able to identify with AJ Gadgets, but it’s a step in the right direction.

“Though autistic people all experience the condition differently, increasing neurodiversity on television is important to aid in both representation and the autism acceptance movement,” Andrea Doten, who describes herself as a neurodiversity ally, told The Mighty.

Because despite the increase in ASD diagnoses, representation of children with disabilities across the board is still rare in children’s shows.

A report published last year by Hopster, a video streaming service, analysed 50 popular shows for preschoolers and found that only 16% included a character with a disability. More than half of shows that featured characters with disabilities portrayed them as evil, or they weren’t central to the storyline. 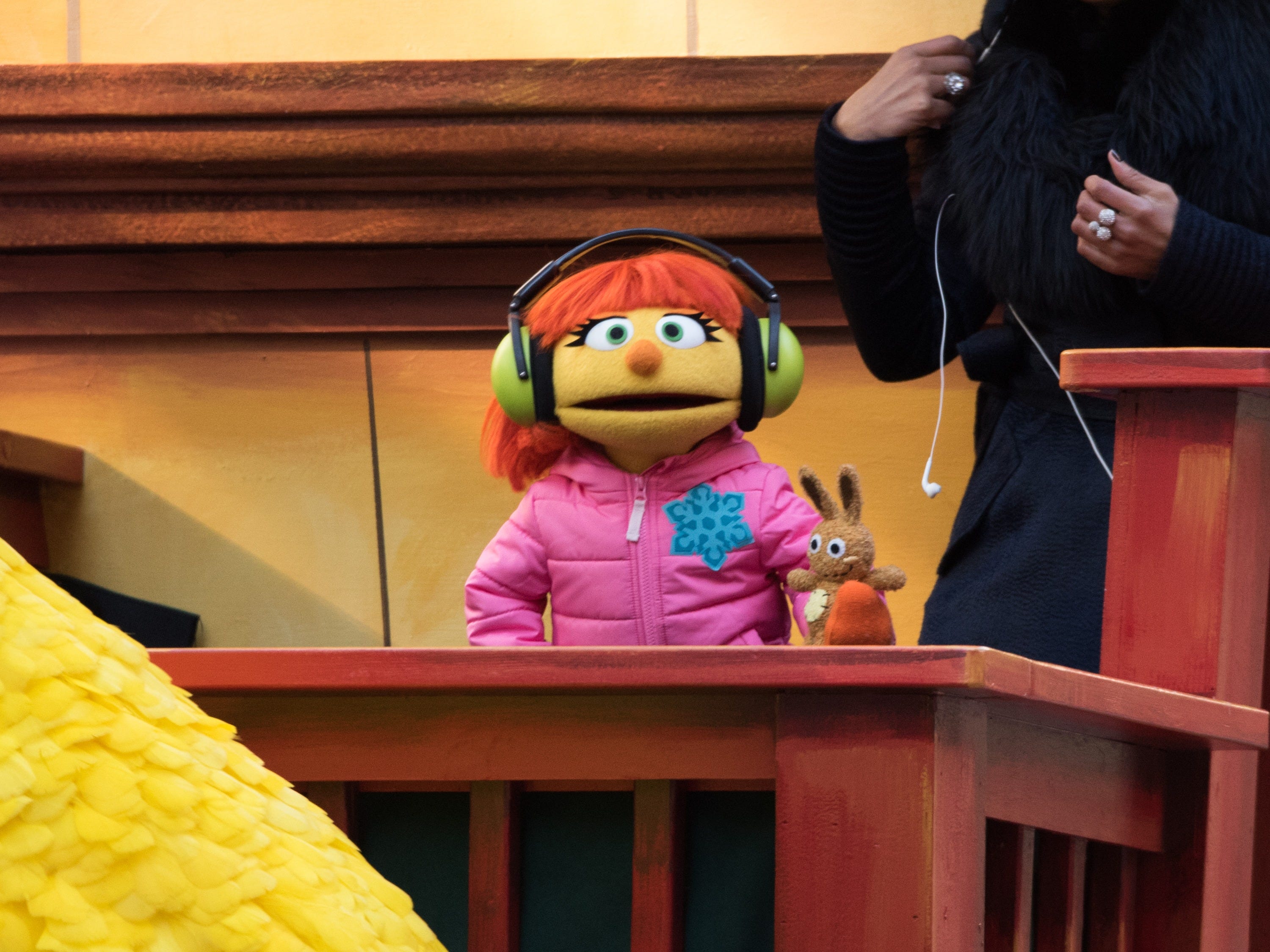 GettyJulia, a character on ‘Sesame Street’ who was introduced in 2017, has autism.

In an interview with “Exceptional Parent,” a magazine that caters to parents of children with special needs, Campagna said he appreciated the fact that autism is just one of a number of facets of AJ Gadgets’ character.

“The fact that a major character in a new children’s series has special needs, but is represented as just one of the crew, is a necessary step in the right direction,” he told the magazine. “In my humble opinion, that is huge progress in the world of special needs.”