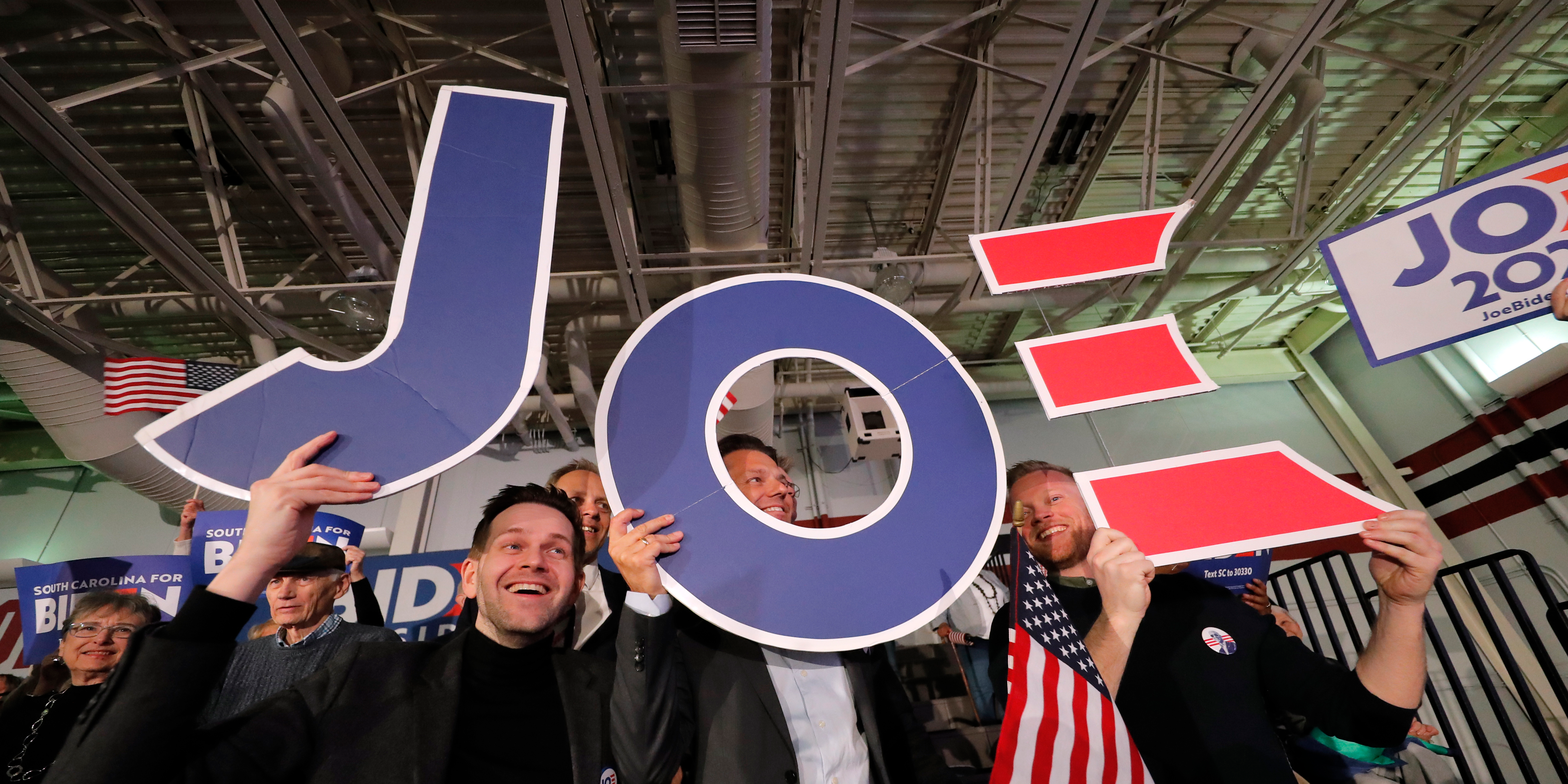 Which states are voting?

Fourteen states, one US territory, and Democrats abroad all vote on Super Tuesday: 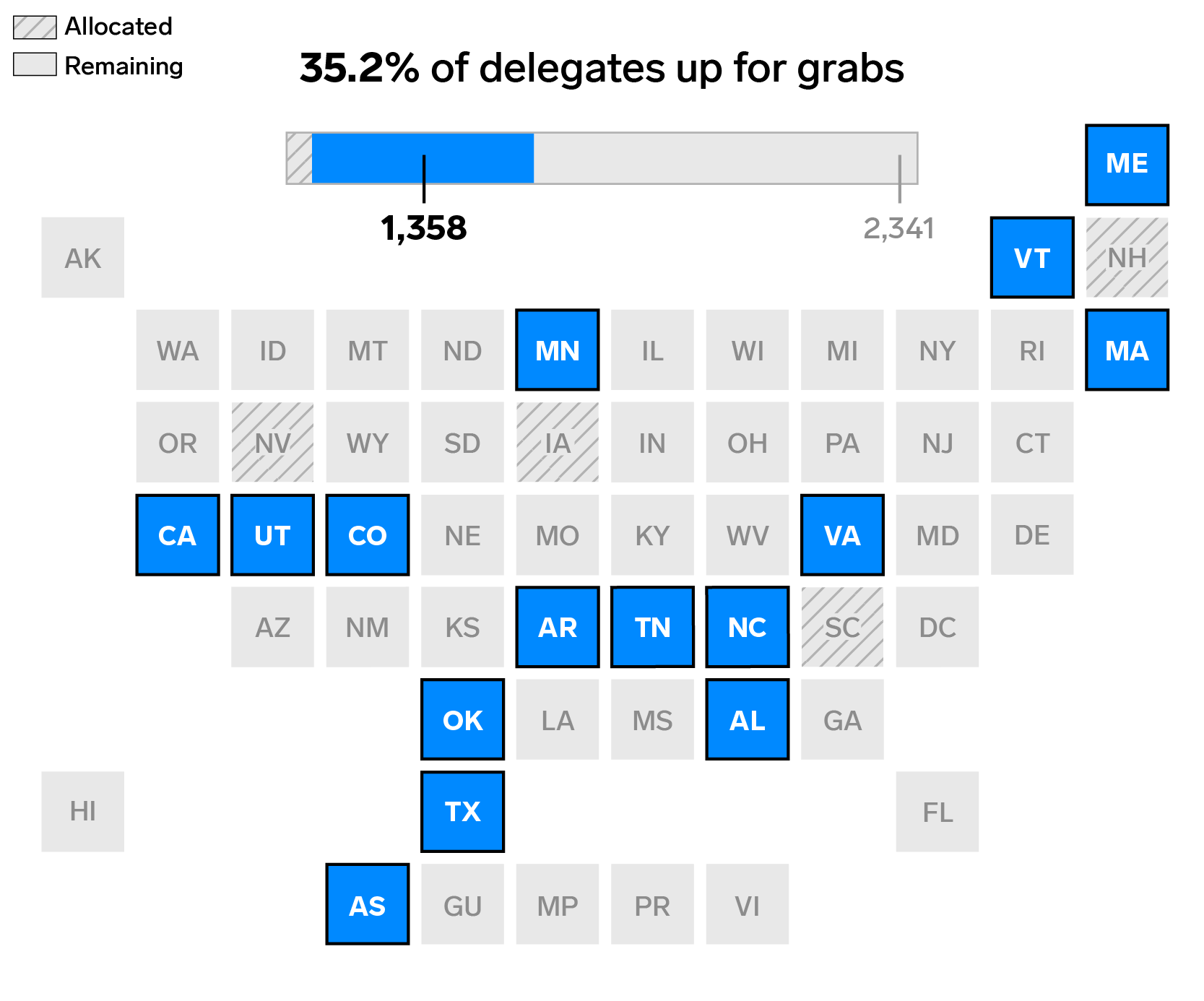 When do the polls close in each state? 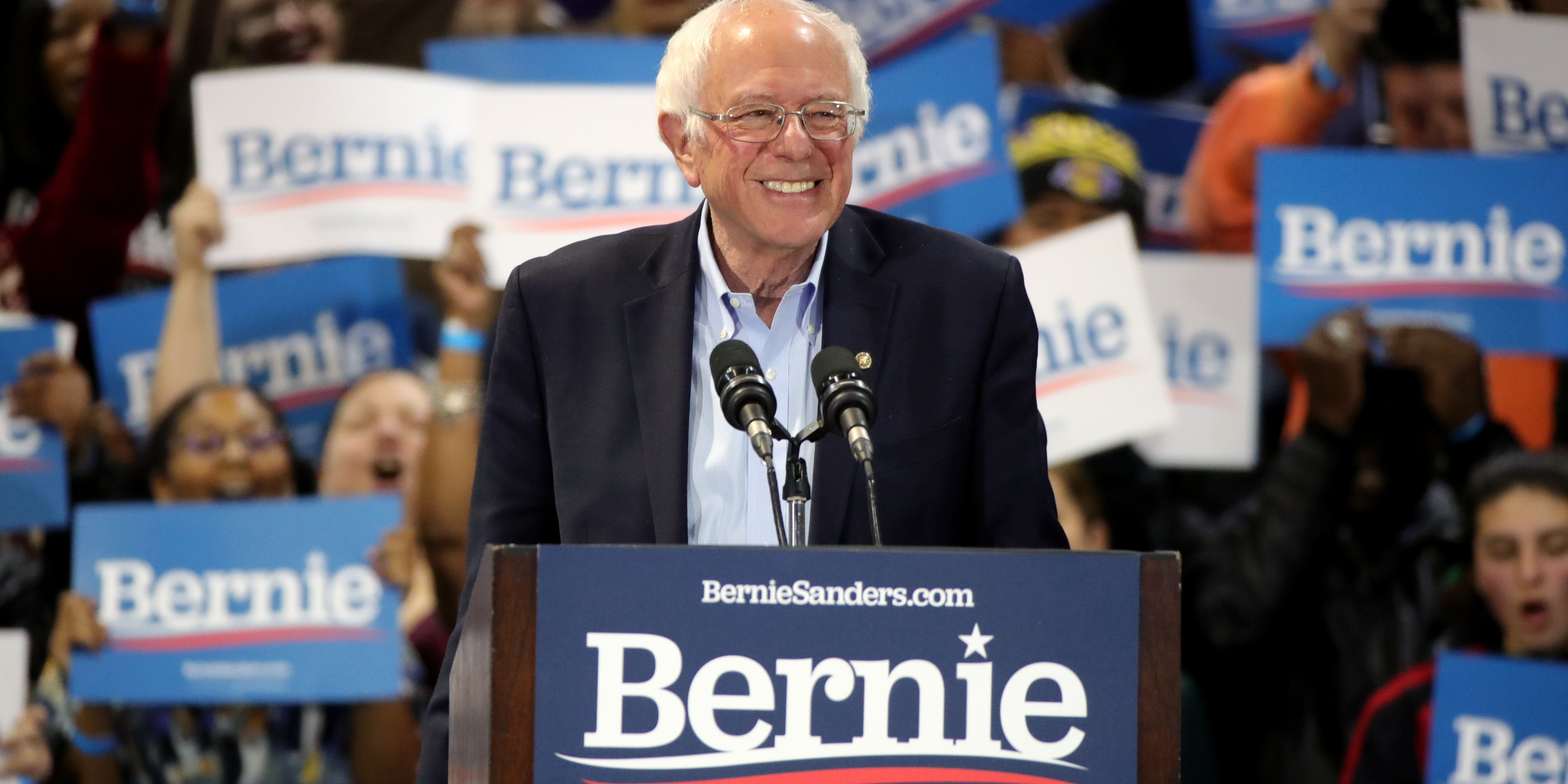 How many delegates are at stake?

The Democratic nomination isn’t decided by who wins the sheer most number of votes, but by which candidate earns the most pledged delegates. Every state is allotted a certain number of delegates based on how big the state is, how Democratic they lean, when they vote, and if they vote with neighbouring states.

There are a grand total of 1,357 pledged delegates up for grabs on Super Tuesday, accounting for 35% of all the total delegates allocated throughout the Democratic nomination process.

North Carolina, Virginia, and Massachusetts also account for 110, 99, and 91 delegates respectively, also making them important places to rack up delegates on Super Tuesday.

Most states allocate their delegates by congressional districts, but some, like Texas and New Jersey, use state legislative districts instead.

While delegates are allocated proportionally, in nearly every state the minimum threshold to earn delegates is 15% of the vote. This means candidates must break 15% of the vote either at the district or state level to earn any delegates at all.